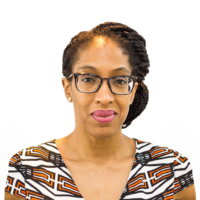 Enuma Okoro is a Nigerian-American award-winning writer, international speaker and content creator. She has written four books of nonfiction, and her essays and articles have been featured in The New York Times, The UK Guardian, The US Guardian, The Atlantic Monthly, The Washington Post, Quartz Africa and other media portals. Okoro writes on issues of identity and belonging, and explores cultural narratives and shifting cultural landscapes. In June 2012, She had the honor of being the first woman of African descent to speak at the historic 200-year old American Church in Paris, France, where in October, 1965, Martin Luther King, Jr. was the first man of African descent to speak.  In 2014, she delivered a TEDx Talk in London on Cultural Collisions. Okoro recently relocated to Nigeria where she continues to write and consult.

The significance of Black History
11 Feb 2018  Literature
As a child, I spent two years living in Nigeria when I was 7 and 8 years old. During that time, my father bought me history-themed comic books that taught me about African American history.

This is Africa too
28 Jan 2018  Media
A few months ago, at a recent forum on ‘Africa and Media,’ I got into a vibrant discussion with another African writer about the types of stories we choose to tell about the continent.

Artistic cultural ties that bind
20 Dec 2017  Guardian Arts
The American Embassy in Abuja recently hosted a screening of Grammy-nominated film, The Music of Strangers. There were over 100 people gathered...

Between here and there, Nigerians in the world
8 Oct 2017  Guardian Arts
Given a few things that have happened lately around Nigeria and (popular) culture, I imagine I should write about something to do with fashion.

Maybe success is a chameleon, after all
10 Sep 2017  Youth Speak
Challenges will always arise - Whatever you become successful at, there will always be bumps and hiccups along the way, things to learn and practice, and most certainly some failures to move beyond.

Kiki Osinbajo: ‘My generation is getting to create our own brands and identities
9 Sep 2017  Personality
At barely 5’1, she’s petite, slight of frame, and just 24 years old. Yet there is nothing small about Kiki Osinbajo’s goals and her determination to execute them.

Any unified relationship requires the ‘T’ word
3 Sep 2017  Issues
Year ago, while earning my degree in Psychology, I ended up having to endure the Trust Fall test in a few team building and social psychology exercises.

Don’t just mind the gap, fill it: Fatima Togbe, a woman taking initiative with Hayati Magazine
2 Sep 2017  Issues
It’s always an encouraging thing when people see a gap in the society and reach out to try and fill it. Especially when filling that gap meets the needs of an audience mostly glazed over in certain industries of mainstream society.

Cultivating creativity as a key habit for transforming society
23 Aug 2017  Culture
Some of my strongest early childhood memories are of sitting on our living room carpet drawing some silly image in my head, writing childish poems or randomly reading the dictionary or encyclopaedia.

More than one face to show the world
9 Jul 2017  News
I don’t wear a lot of makeup. Mostly because it takes too much time but also because I rarely like how I look in it. I always feel a little bit like a clown or an imposter, and not the real me.

Why Nigeria needs a National Poetry Month
16 Apr 2017  Literature
When I was about thirteen I memorized my first real poem. It was “Nothing Gold Can Stay,” by Robert Frost. I loved the melodic sound of the words as they slipped from my mouth, sliding in rhyme against one another.

Nadine Ibrahim: I want to tell stories that can change the world
4 Mar 2017  Personality
White pick-up truck drives slowly into a deserted plot of land on the edge of the forest. There are two men in the front seat and one is wearing a red and white scarf over his face only exposing his eyes.
1 2 3