By Editor
Share on Facebook Share on Twitter Share on WhatsApp Share on Telegram
310,000,000 dollars. And now in letters: three hundred million American dollars. 120 Billion Nigerian Naira. So much can be won on Friday with Mega Millions. A huge amount of money. How come there is so much money up for grabs? And if you win, do you get that amount in your account in one go?…
1 of 10 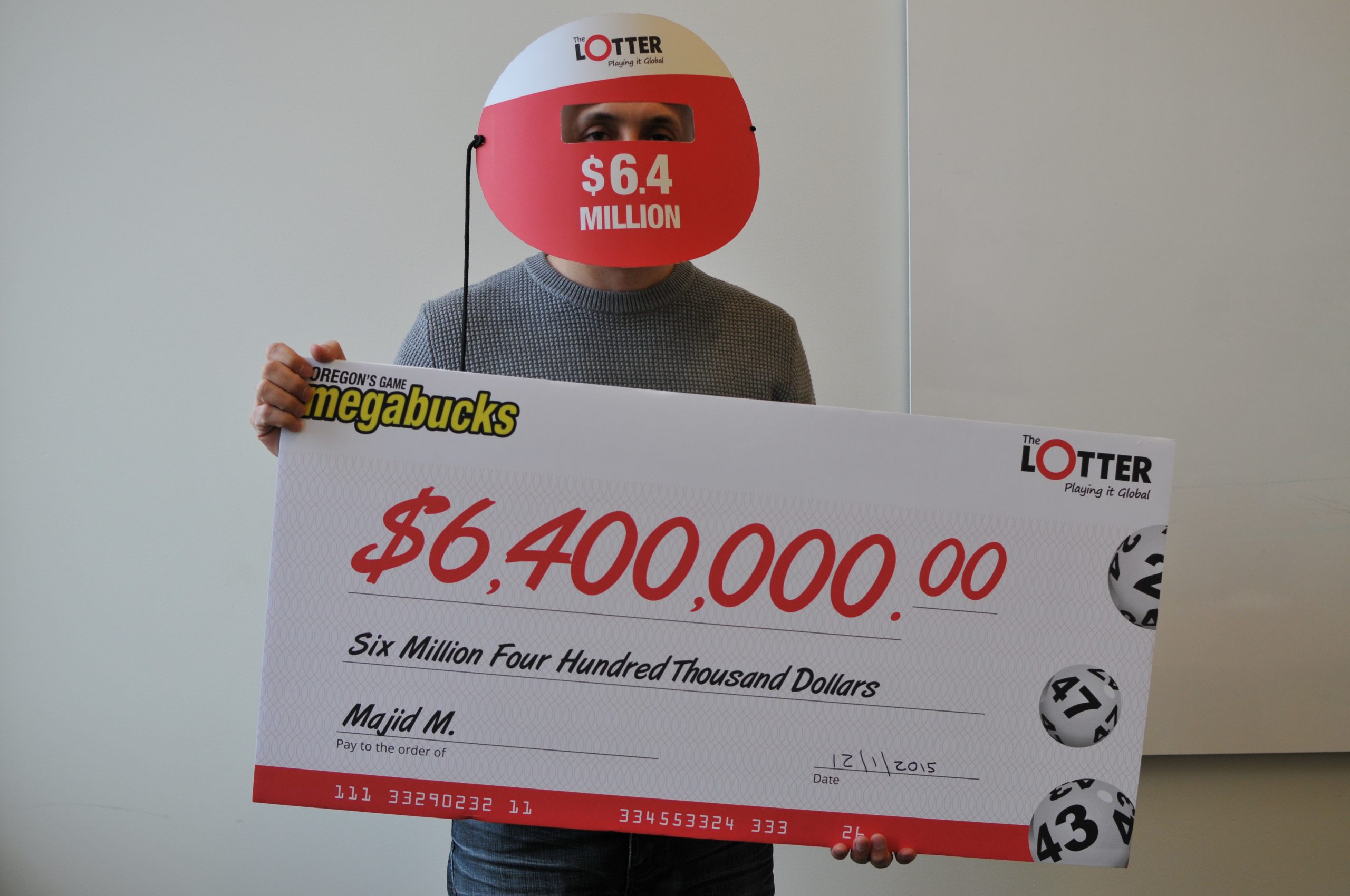 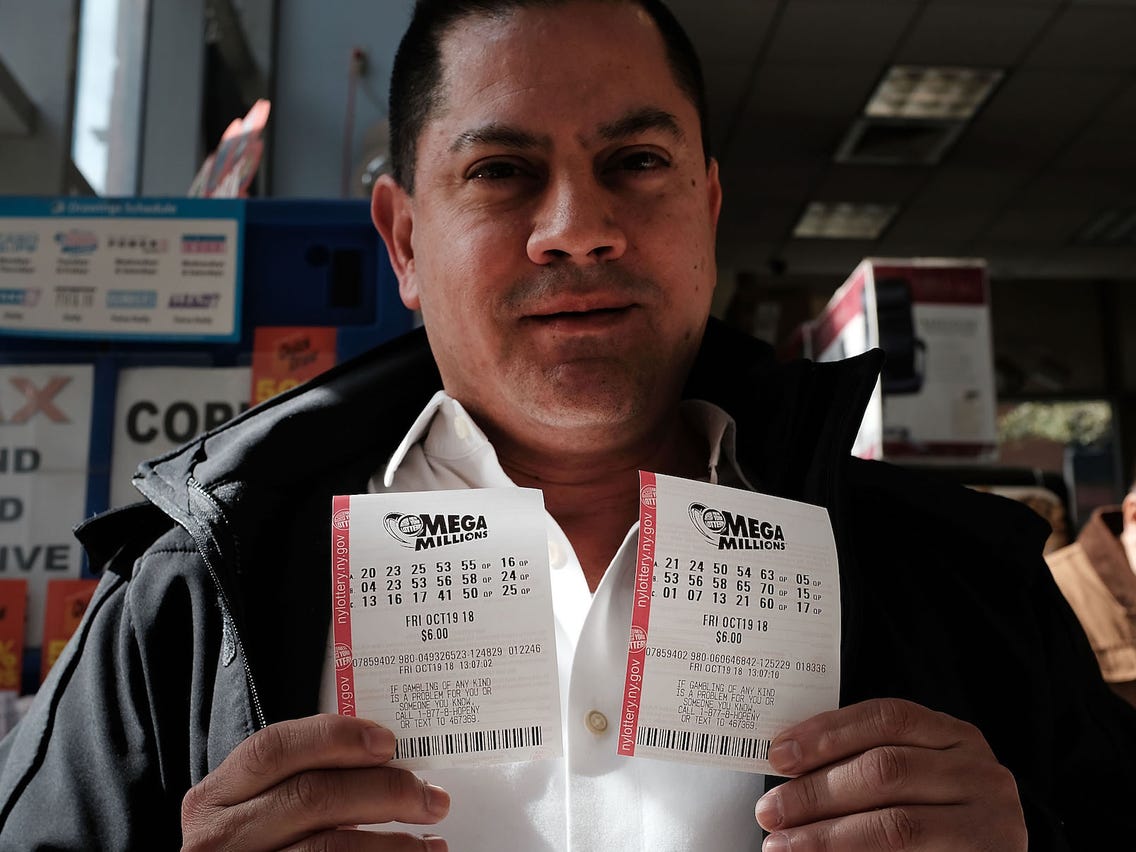 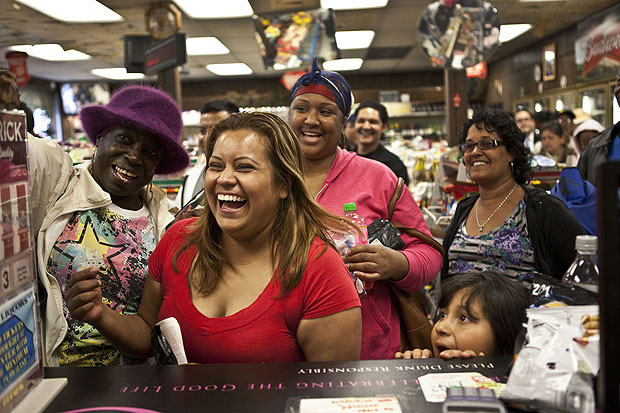 310,000,000 dollars. And now in letters: three hundred million American dollars. 120 Billion Nigerian Naira. So much can be won on Friday with Mega Millions. A huge amount of money. How come there is so much money up for grabs? And if you win, do you get that amount in your account in one go? And how can you actually play from Nigeria? Quiet. TheLotter has all the answers.

It has been over three months since the US Mega Millions jackpot was last won but there’s a chance it will be won in the upcoming draw, this Friday night. Mega Millions offers a staggering jackpot of nine figures: $310,000,000, and you could win it from Nigeria!

So it’s no surprise that loads of Nigerian people are already using TheLotter to safely and securely purchase official tickets for Mega Millions and other foreign lotteries, because every one of them using the service puts themselves in with a chance of becoming a millionaire if they win.

How you can play for a $310 million USD jackpot
1. Create your free account at TheLotter and select Mega Millions from the more than 50 worldwide lotteries available on the site.
2. Fill in the online ticket purchase form with your chosen numbers: five main numbers from 1-70 and a single Megaball number from 1-25.
3. Confirm your purchase.
4. An official ticket will be purchased for you by TheLotter’s local agents in the USA.
5. You will see the scanned ticket in your personal account.
6. You’ll receive a notification every time you win!

TheLotter has been calling lucky players since 2002, telling them: “Hello, you won the lottery!”

Adrian Cooremans, TheLotter’s spokesman explains: “We give players the opportunity to participate in the world’s biggest and most exciting lotteries. And the best part? Our customers don’t just play lotteries – they also win them!

Since its launch in 2002, TheLotter has paid out more than $100 million in prizes to over six million winners from across the globe. The biggest winners at the site have included a woman from Panama who won $30 million playing Florida Lotto, and a man from Iraq who won a $6.4 million Oregon Megabucks jackpot.

According to Adrian Cooremans, TheLotter’s spokesman, it is possible to play American lotteries such as Mega Millions from Nigeria as “lottery rules clearly state that you do not need to be a citizen or resident to play, nor is there any law in the United States prohibiting a foreigner from winning the lottery”.

Based on those rules, residents of Nigeria can participate in the Mega Millions draw with official lottery tickets purchased legally on their behalf by a respected and reputable ticket messenger service, such as TheLotter.

The current Mega Millions jackpot stands at $310 million. All Nigerian people who buy their official Mega Millions tickets at TheLotter will participate in the draw with the same conditions as if they were physically in the United States.

You can sign up at TheLotter and try your luck in the upcoming US Mega Millions draw.

Nigeria
2023 Presidency: APC to screen, prune number of aspirants
2 hours ago
Barring last minute changes, the ruling All Progressives Congress (APC) will today screen its presidential aspirants for the 2023 general elections after earlier postponements.
Nigeria
Too late to sign amendment to Electoral Act, election observers’ coalition tells Buhari
2 hours ago
A Coalition of Election Monitors and Observers (CEMO) has warned President Muhammadu Buhari against assenting to the recent Electoral Act 2022 amendment bill because preparations for the 2023 general elections are already in full gears.
Appointments
Fostering inclusion in small businesses to meet diversity goals
2 hours ago
Improving Diversity, Equity, Inclusion and Belonging (DEIB) in a small business requires commitment to hiring a diverse workforce and engaging them once hired, Human Resource (HR) experts have said.
Nigeria
FG targets 90% capacity performance from rehabilitated refineries
2 hours ago
The Executive Secretary, Nigerian Content Development and Monitoring Board (NCDMB), Simbi Wabote, has stated that about 400,000bpd is expected from the rehabilitation of NNPC refineries in Port Harcourt, Warri, and Kaduna using target performance of not less than 90 per cent of nameplate capacity.
Sport
Nzekwu heads basketball’s interim management committee
3 hours ago
The Federal Government, yesterday, named Abuja-based medical doctor and PR consultant, Dr. Henry Onyia Nzekwu, as head of a 10-man interim management committee to oversee the development of Nigerian basketball.

Appointments
Megamillions Naija would change the lives of many Nigerians, IGE promises
29 Nov
As the line between sports and entertainment continues to intertwine daily, more and more local players are looking to tap into this space, providing entertainment as players make money from engaging in their passion.

Nigeria
Enugu government clarifies setting up lottery games
8 Dec
The Enugu State Gaming Commission (ESGC), yesterday, clarified that the state government set up its lottery games to sanitise the sector, adding that it was an entertainment and fun game