Davido, the one-time Guardian Life cover landed into trouble after he body-shamed a girl identified as Lolo who had accused him of selling his soul, unlike Wizkid, his music counterpart.

Lolo accused him of selling his soul because of his political affiliation with Peoples Democratic Party (PDP) presidential candidate, Atiku Abubakar.

“Wait so David wants to throw his toys out the pram and sub wiz kid because he didn’t want to sell his vote or sell his soul convincing the population to vote knowing FULL WELL that the candidate is thrash.

“All of us here using our voices to remind people that they have a choice and this one wants to regress. Not everyone should get involved if your influence is going to be used to keep Nigeria where it is,” Lolo wrote on Instagram.

Davido, in turn, took to his own Instastories,

“The name is Davido not David, You dont know or you want to know me?? Make I start? You got a list and you know it! ooops. No, as no tits yellow teeth broke ass bitch keep my name out ya mouth, and stop sharing p*ssy around yoy filthy little thing. talking about I sold my soul? Walking around looking like Valeria Levetina. You got your 5 mintutes now bitch you can go back to your jobless no purpose having life! You sick bitch”

Since then, the Nigerian social media has been divided over who is to blame. Some in support argue that he was insulted first and no one can decide how he should respond.

If you insult someone First I think you have no right to dictate how they respond to your insult. You can’t shoot at me with a pistol and get mad when I decide to shoot back at you with an armored nuclear tank. The girl came for Davido, he replied her. Simple as ABC

Davido fired her back

Nigerians : Davido is childish, rude and is stupid for insulting her and body shaming her.

But wait who are you to dictate how someone should be fired back when you are been insulted?

Other accused him of body-shaming her because he lacks manners

Instead of Davido addressing the issues, he went for her looks…You know the type of people who do that??

Davido exposed what a lot of Nigerian men are about. Performative feminism. Commercialisation of being an ally to women. You all clamoured to hail him because of one music video however when a woman disagreed with him his first move was to body shame and insult her.

Davido who let the argument linger until this moment has now addressed the issue in a 5-page lengthy note. According to him, he was “furious” about the allegation and reminded fans that he has worked hard to be reduced to one who sold his soul.

See the letter below: 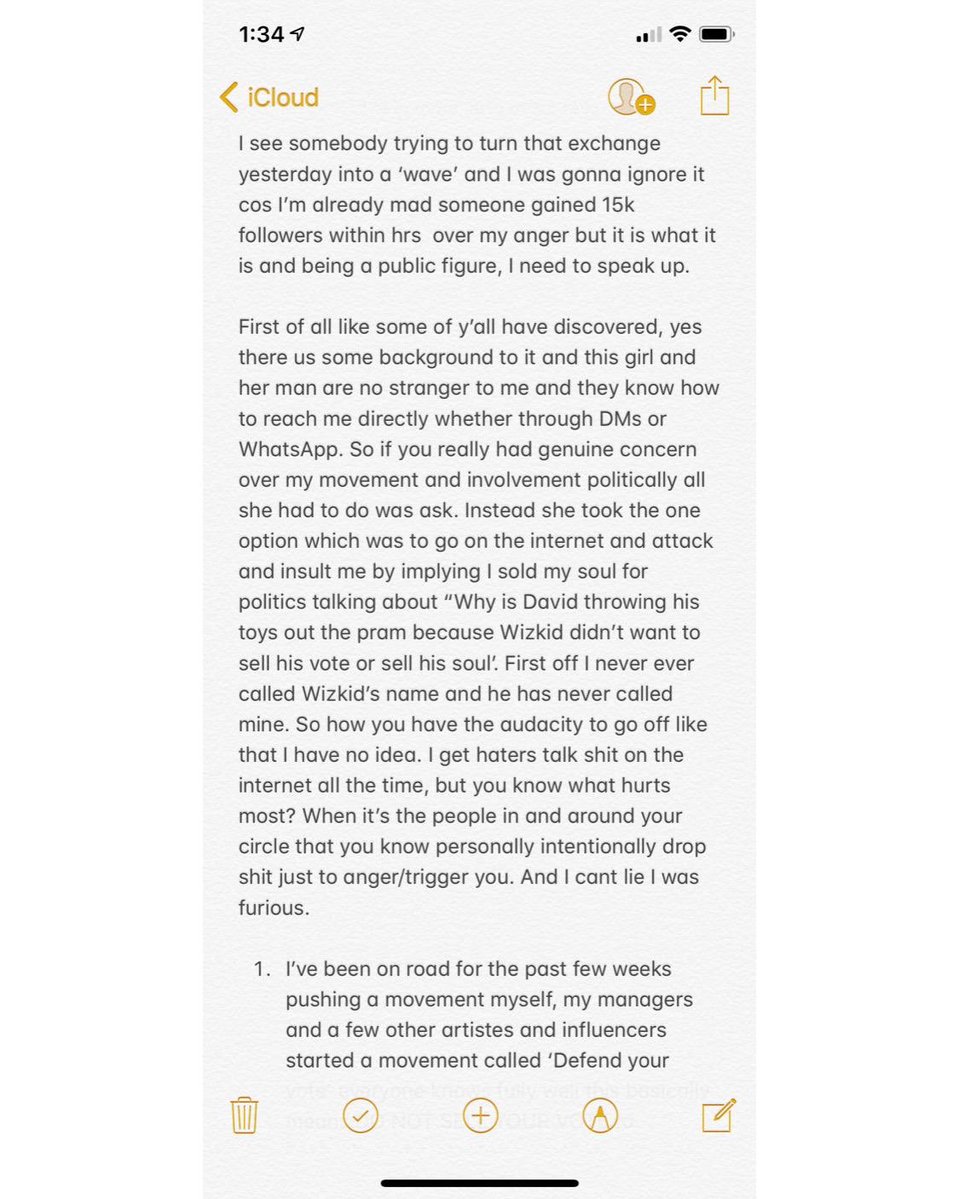 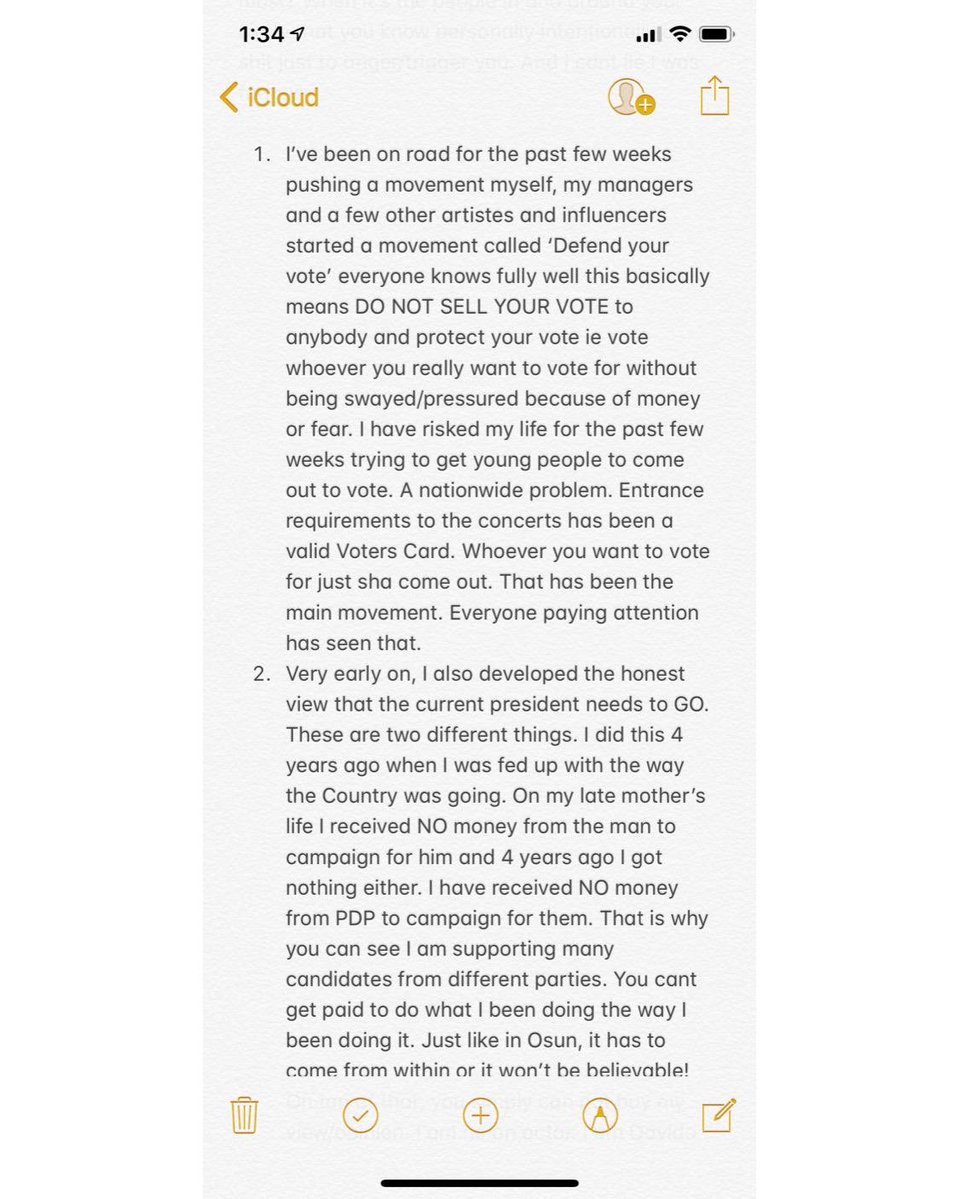 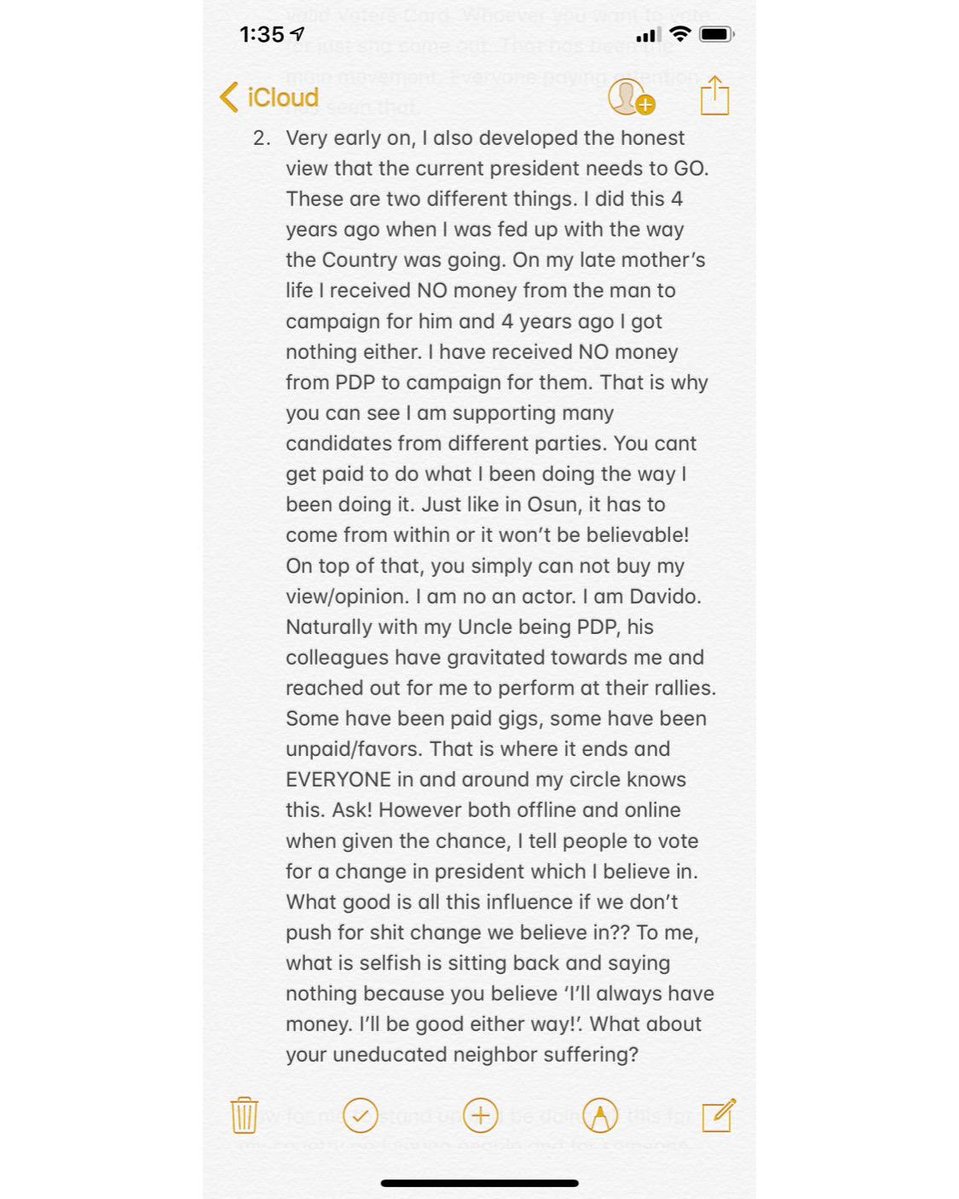 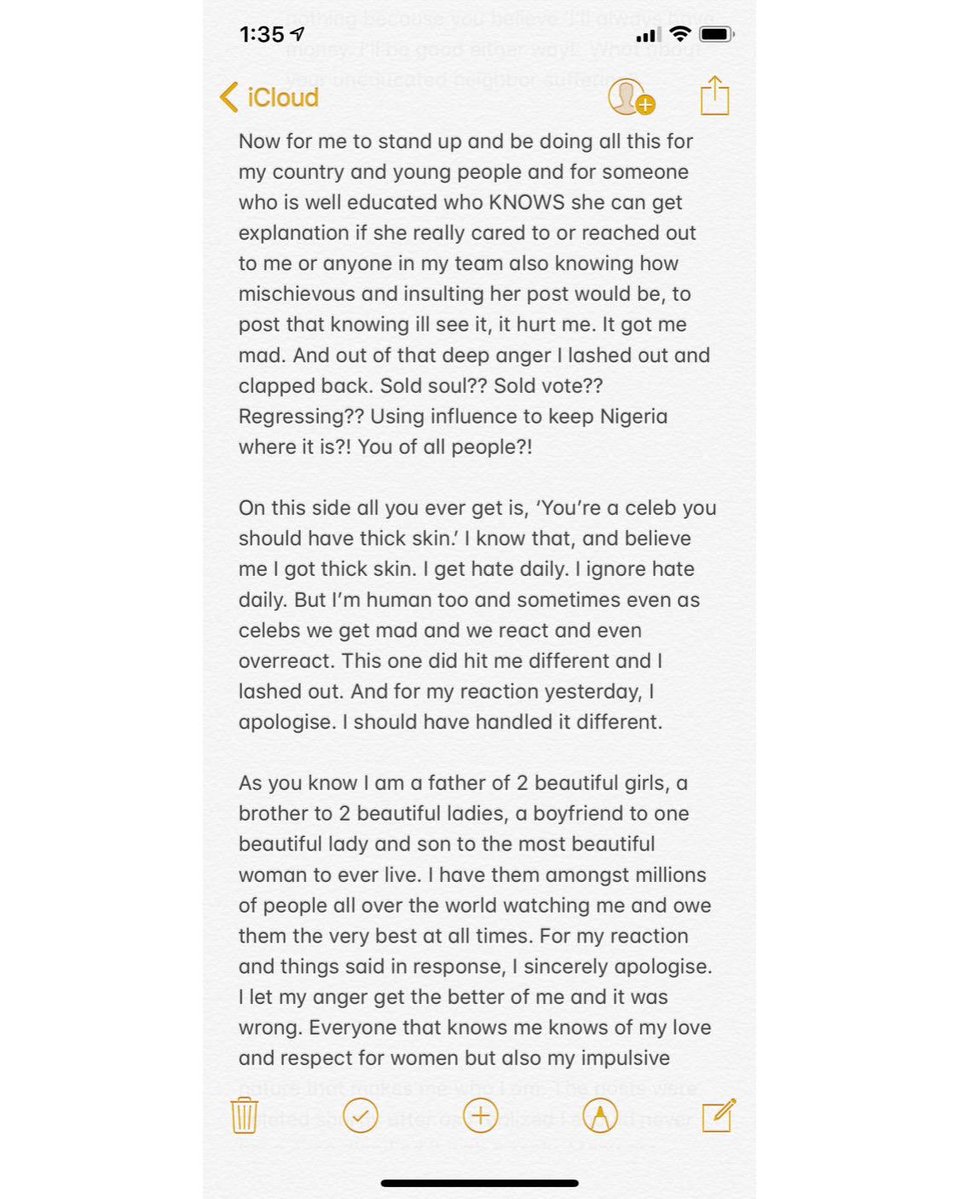 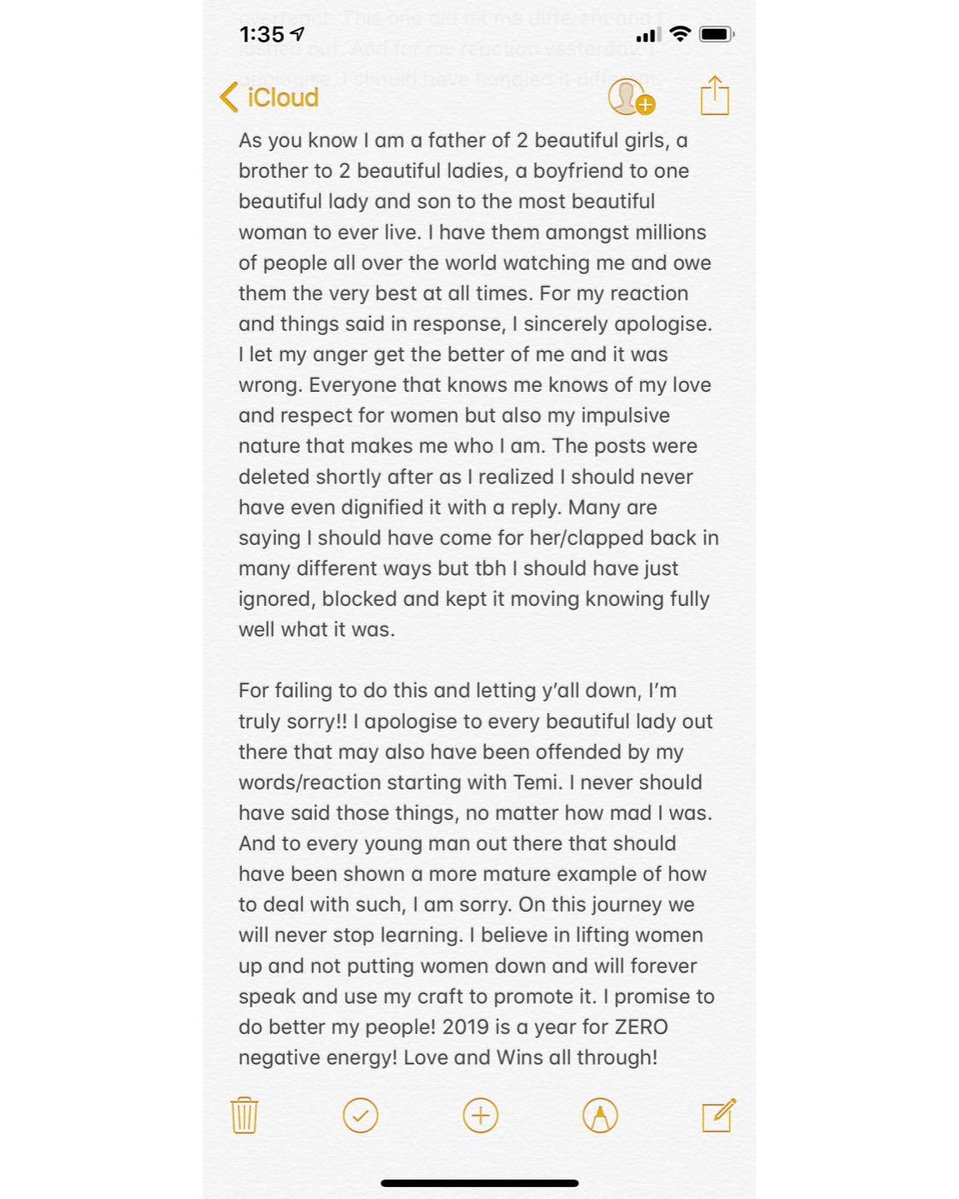 Culture History Of Protests In Nigeria: Reactions And Consequences
3 hours ago 0

What Is Africa's Original Name?
3

Igbo Names For Girls And Their Meaning

Music For Bantu, Everybody Get Agenda In Nigeria
1 day ago 0

Guardian Arts Feyikemi Oyewole in Am I Ready?... A spiritual guide to marital journey
7 hours ago 0

Guardian Arts The example of J. P. Clark
8 hours ago 0