A single mum of two identified as Bekki has tied the knot with her favorite rug named Mat and enjoying a relaxing honeymoon at home in Greater Manchester.

During the intimate hour-long service Bekki, who was dressed in a traditional all-white wedding dress for the occasion, promised to love, honor and care for Mat ‘till death us do part’, The Sun reports.

Bekki reveals she bought Mat about a year ago and has since been in love with him and willing to express it to anyone who will listen ever since.

“It became a bit of a thing with my friends who used to joke ‘if you love Mat so much why don’t you marry him?’

“I spend so much time looking after him – cleaning him and vacuuming him a couple of times every day and making sure he always looks his very best – I couldn’t imagine being without him now.”

Bekki uses a stain remover to clear up any mess her two young children may have left on ‘Mat’ during the day.

When the kids are in bed, I’ll often just lie down with him and tell him my most private thoughts. 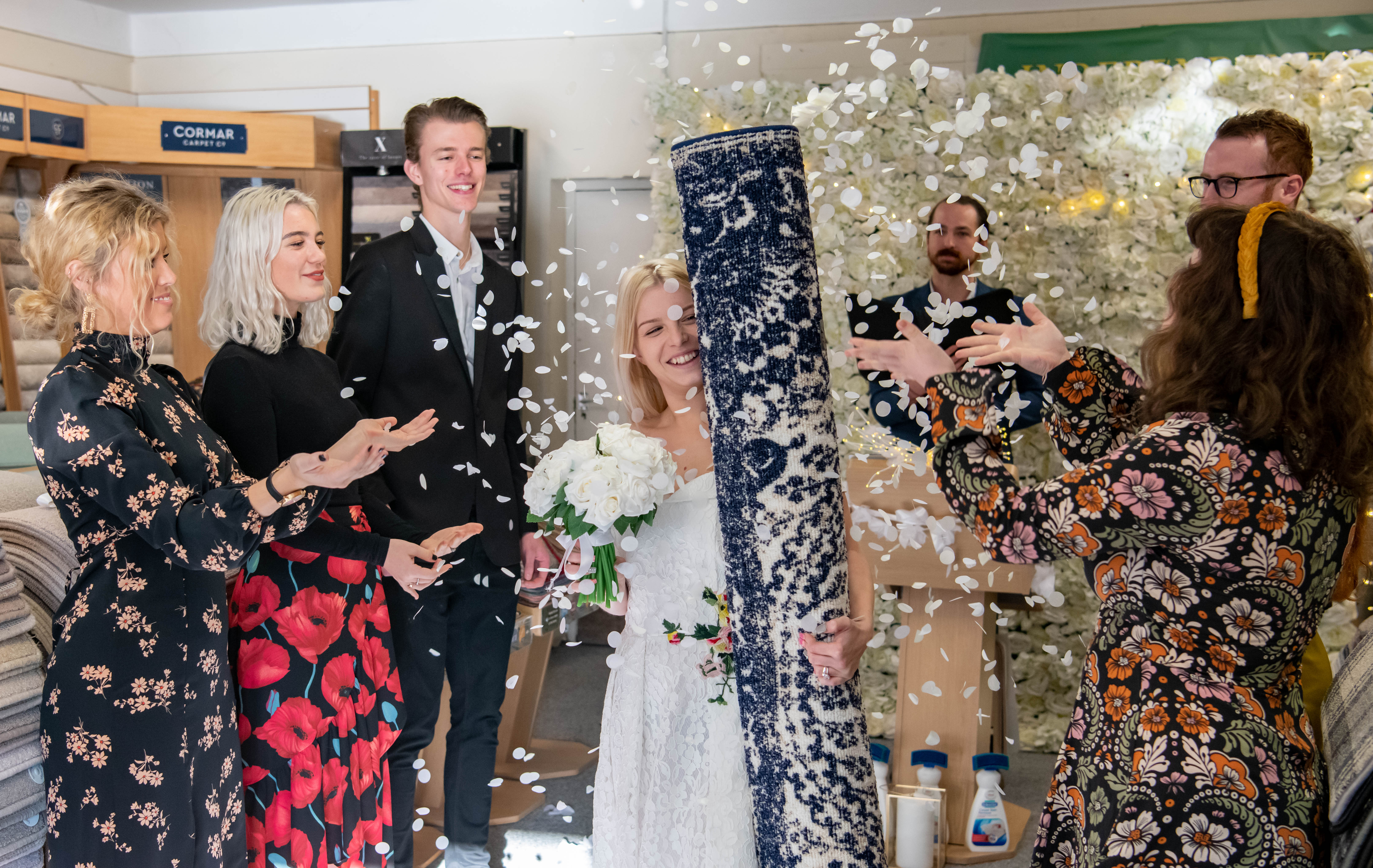 “I’m a single mum, so he’s become a confidant and I always seem to be able to think things through properly when we’ve been together”.

The happy couple tied the knot during a special service, hosted by a celebrant at the Independent Fitters carpet store, close to Bekki’s home in Stockport.

However, Bekki is not the only person to ‘find love’ with an inanimate object.

Amanda Liberty, 35, from Leeds, says she is in an open relationship with several light fittings but plans to wed a chandelier called Lumiere.

She changed her surname from Whittaker during a previous long-distance relationship with the Statue of Liberty.

Amanda identifies as an objectum sexual — meaning she is attracted to objects.