He accepted living in her shadow. She forgave his periodic gaffes.

Queen Elizabeth II and Prince Philip will celebrate their platinum wedding anniversary on November 20, marking 70 years since they married in the splendour of Westminster Abbey.

Despite three of their four children (Charles, Anne and Andrew) having divorced, this royal union has endured through the decades without any public hint of marital strife. 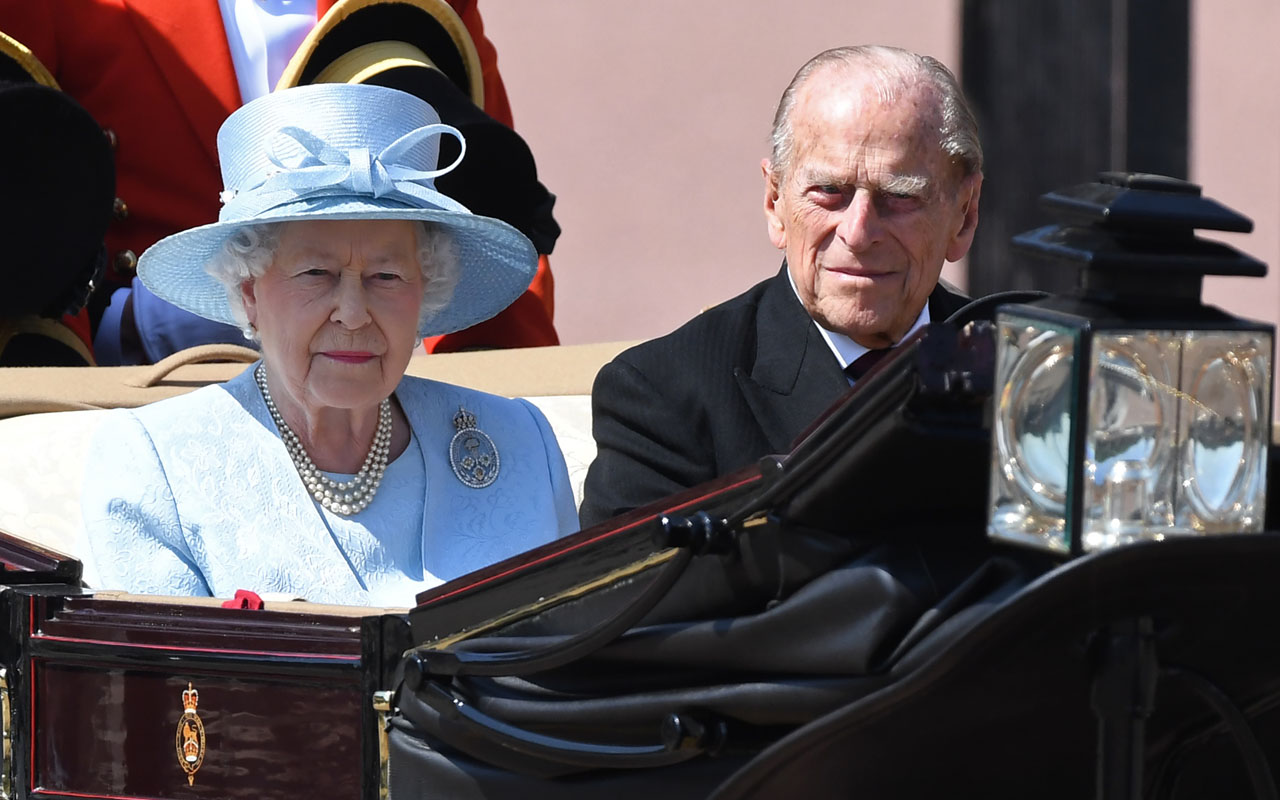 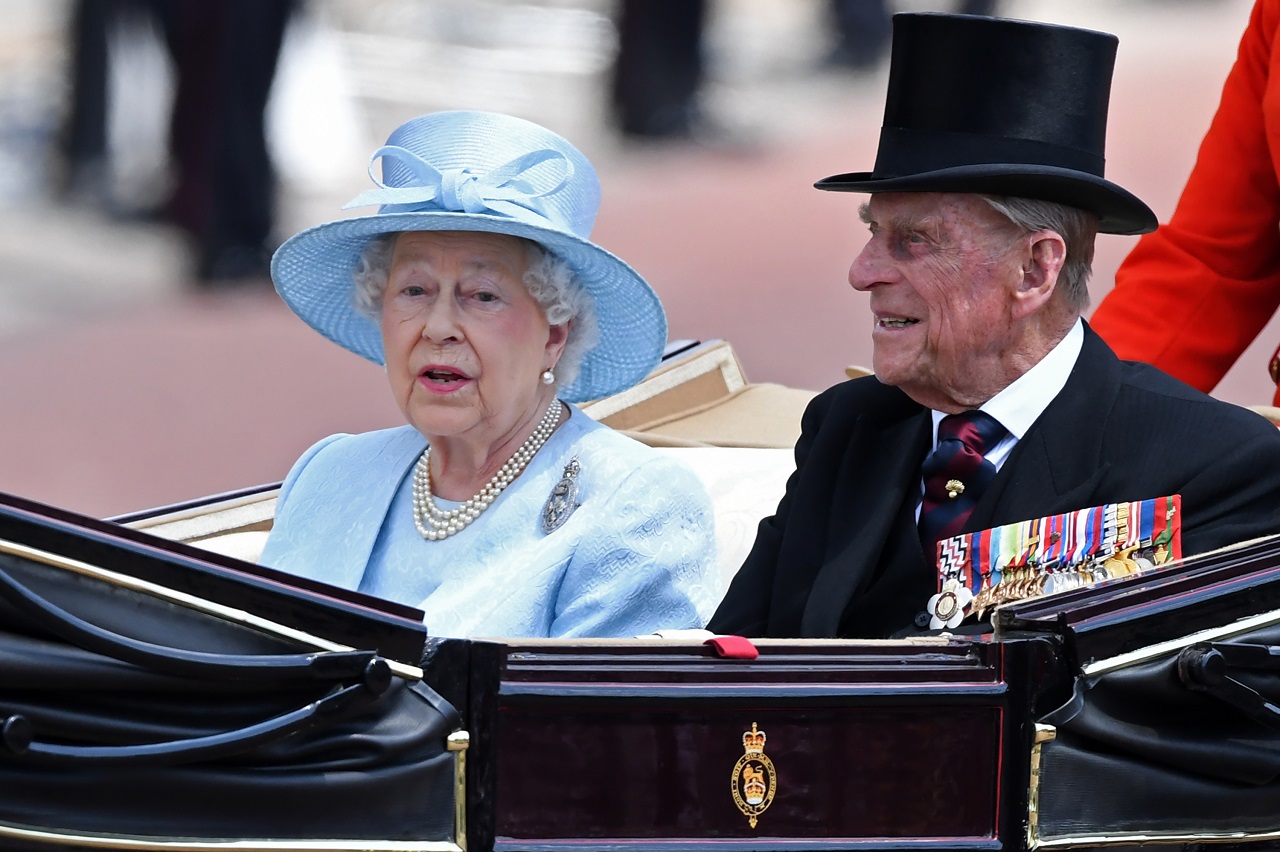 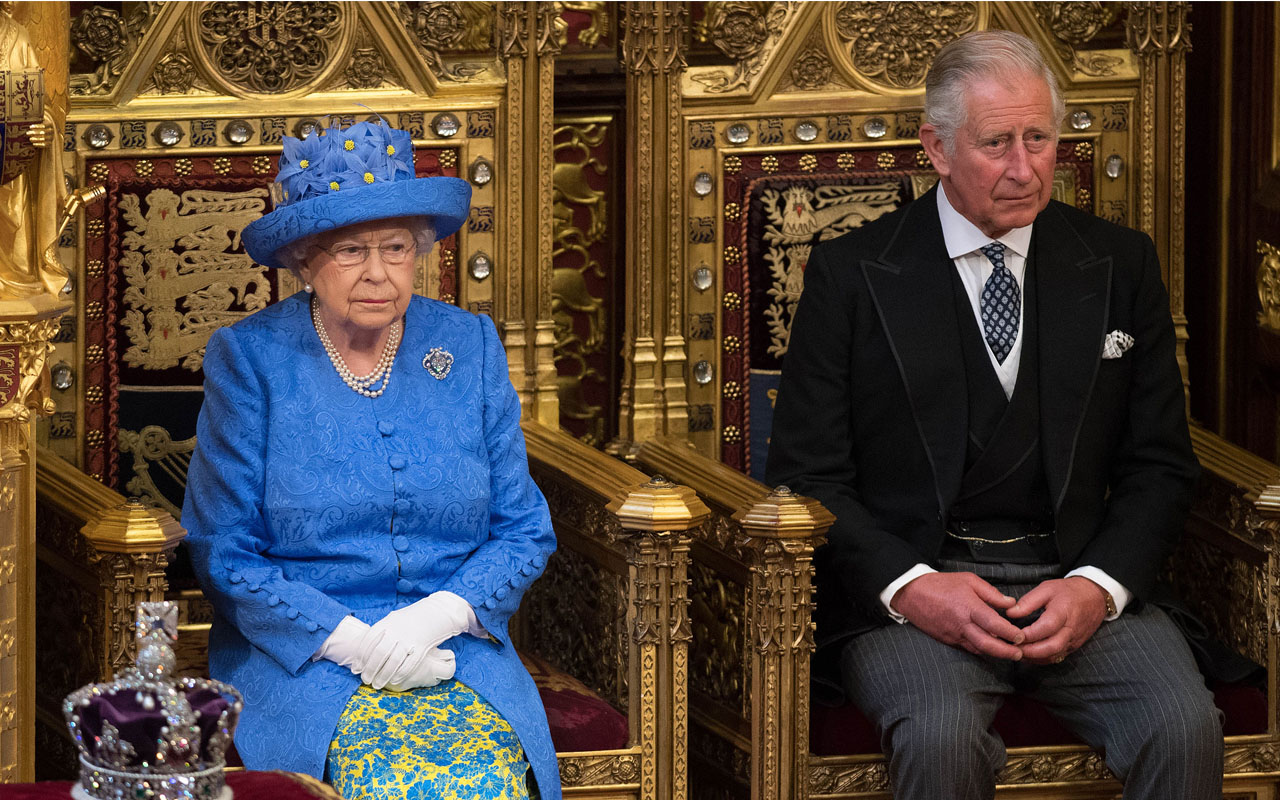 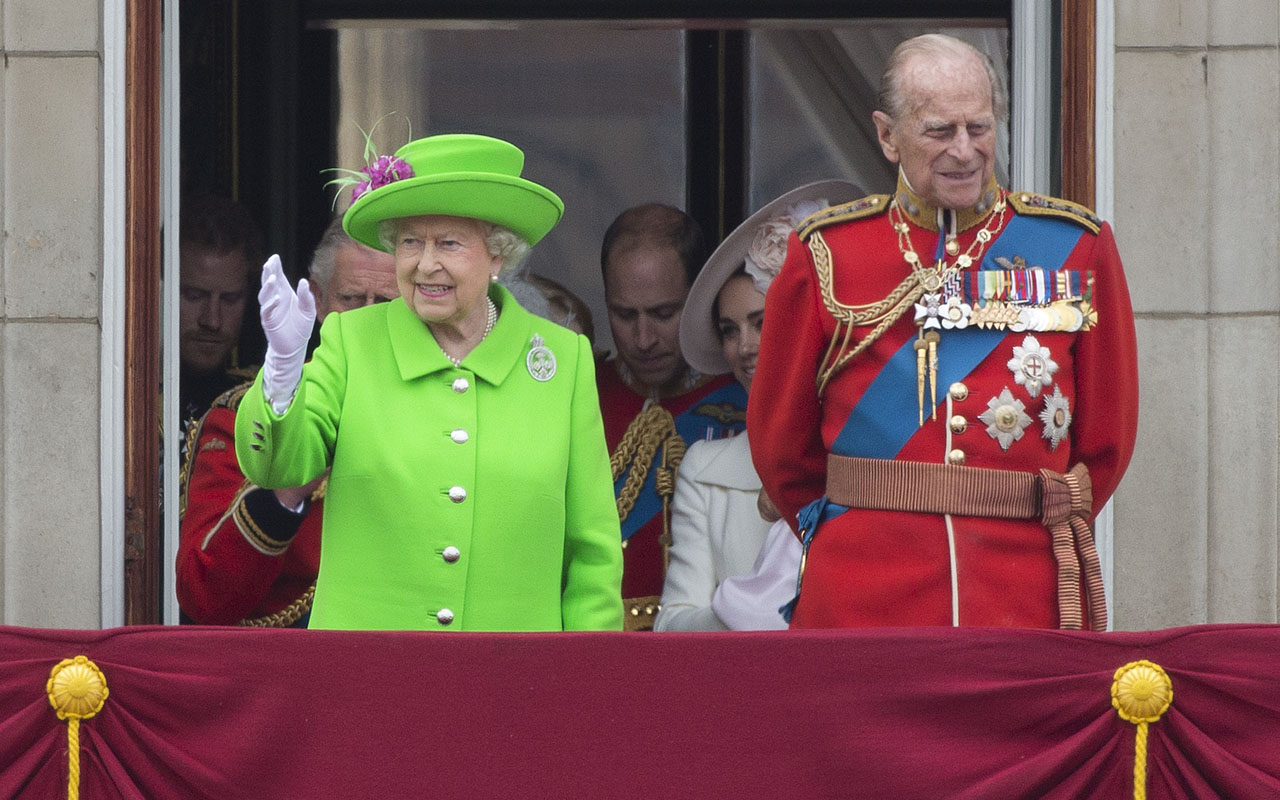 (FILES) This file photo taken on June 11, 2016 shows (L-R) Britain's Queen Elizabeth II and Prince Philip, Duke of Edinburgh waving from the balcony of Buckingham Palace to watch a fly-past of aircrafts by the Royal Air Force, in London on June 11, 2016 during the annual Queen's 90th birthday celebration. AFP PHOTO / JUSTIN TALLIS 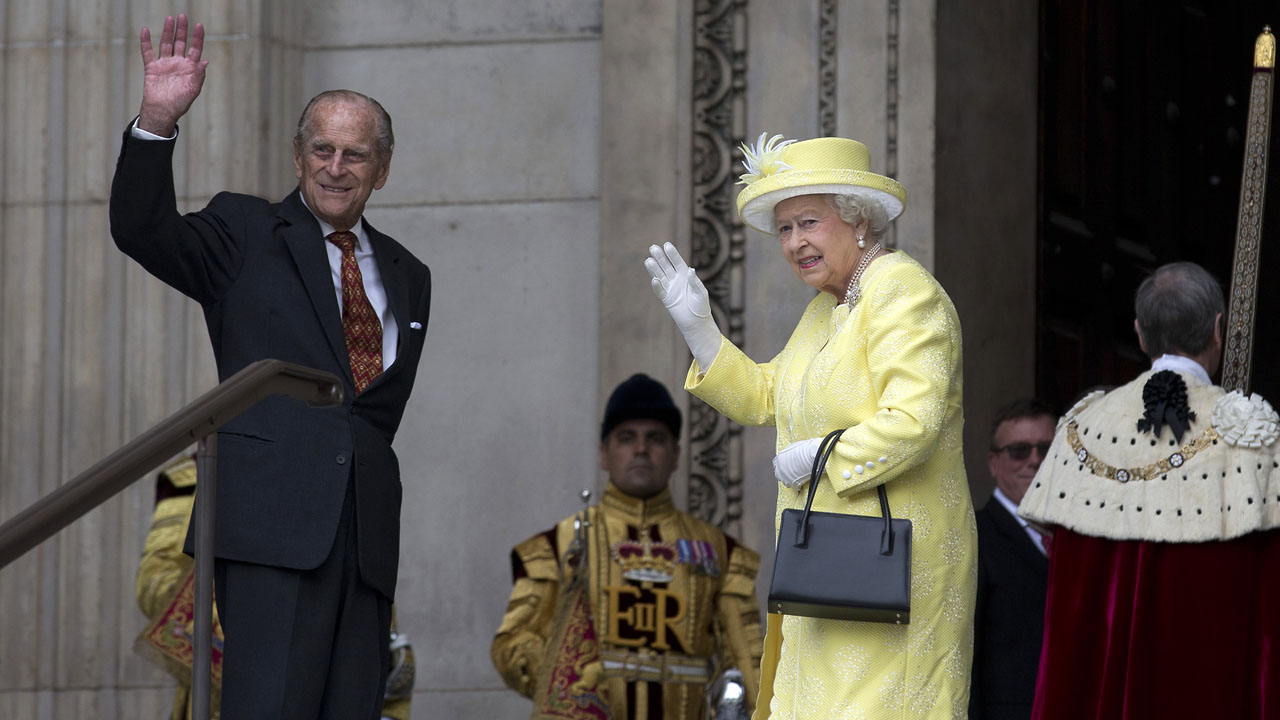 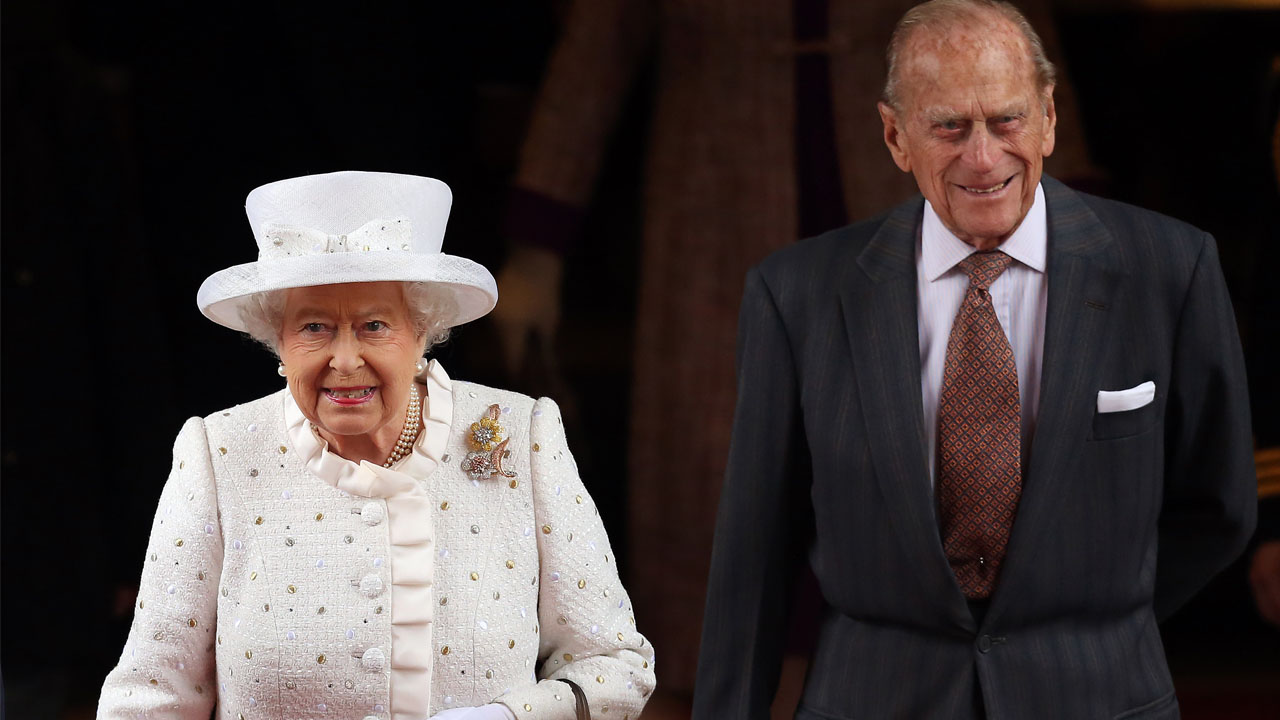 (FILES) This file photo taken on June 24, 2015 shows Britain's Queen Elizabeth II and her husband Prince Philip, The Duke of Edinburgh, as they arrive at the Adlon Hotel in Berlin. Queen Elizabeth II will celebrate her 90th birthday on April 21, 2016, with a family gathering and a cake baked by a reality television star, as a new poll finds Britain's longest serving monarch is as popular as ever. AFP PHOTO / Ronny HARTMANN

Now, they join a small club of couples who have spent seven decades together. No events are planned to celebrate their landmark, but the bells of Westminster Abbey will ring at 1300 GMT in tribute.

Elizabeth and Philip will spend the day with other members of the royal family, a Buckingham Palace spokesman told AFP.

After 70 years of marriage it’s a burgeoning clan, with four children, eight grandchildren and five great-grandchildren.

They expect to welcome a sixth great-grandchild in April, when Prince William and wife Kate Middleton’s third child is due.

The 96-year-old Prince Philip, the Duke of Edinburgh, retired from the public eye this summer, enjoying his newfound free time reading and painting.

For her part the Queen, at 91, is slowly passing over some of her official duties to her son Prince Charles, now aged 69.

Meeting at 13 years-old
It was a version of love at first sight. Elizabeth was aged just 13 when she first laid eyes on her future husband Philip, then a dashing 18-year-old blond army officer.

The pair may have met in their teens, but it would be eight years until the nation celebrated with pomp their fairy-tale wedding at Westminster’s famous abbey on November 20, 1947.

The princess dazzled, dressed in a satin dress embroidered with roses and decorated with 10,000 pearls and sparkling crystals.

In this post-war period, it was “a flash of colour on the difficult road we’re taking,” said Winston Churchill, leader of a Conservative Party then in opposition.

Fresh memories of the war and fears of anti-German sentiment meant several of Prince Philip’s German relatives — including his three surviving sisters — were not invited to the ceremony.

Prior to the wedding, the Queen Mother asked her future son-in-law if he would cherish her daughter.

“Cherish Lilibet? I wonder if that word is enough to express what is in me,” he replied, using the Queen’s childhood nickname.

He went on to say that he had “fallen in love completely and unreservedly” with her.

– Sacrifices –
After their honeymoon — at Balmoral, the Scottish holiday estate of the royal family — the newlyweds moved to Malta where Philip, a naval officer, had been stationed.

However, the premature death of King George VI, in 1952, put an end to the more carefree life the young couple had adopted on the Mediterranean island, and propelled Elizabeth to the throne.

It also forced Philip to sacrifice his career in the Royal Navy to become the Queen’s spouse.

The son of a Greek prince banished from the country, he renounced his titles and Greek Orthodox faith and became a British citizen to marry Elizabeth, adopting his mother’s anglicised name, Mountbatten.

But their children would take the Queen’s family name, Windsor.

On his 90th birthday in 2011, she surprised her husband by making him Lord High Admiral, the titular head of the Royal Navy and a role she had held since 1964.

It was reported to be a show of gratitude for his decades of unstinting support as her consort.

That support has come alongside a steady stream of gaffes, sometimes with xenophobic hints, which the Queen appears to have forgiven him for.

“I think the main lesson that we have learnt is that tolerance is the one essential ingredient of any happy marriage,” Philip said in a golden wedding anniversary speech in 1997.

“You can take it from me that The Queen has the quality of tolerance in abundance.”

The man she referred to as her “rock,” also once remarked: “My job first, second and last, is never to let the Queen down.”

Chrissy Teigen Reacts To Being Unfollowed By Biden On Twitter
5

Music Live Update: All The Winners At The Headies 2020
4 days ago 0