By Shola-Adido Oladotun
Share on Facebook Share on Twitter Share on WhatsApp Share on Telegram
Move over hat; there is a new headpiece taking over, and it’s called the fascinator. Since its popularisation in the 20th century, the fascinator has evolved beyond the millinery hairpiece that is mostly worn at churches and weddings. With a large variety of designs, this accessory is becoming a staple in the wardrobe of every…

Move over hat; there is a new headpiece taking over, and it’s called the fascinator. Since its popularisation in the 20th century, the fascinator has evolved beyond the millinery hairpiece that is mostly worn at churches and weddings. With a large variety of designs, this accessory is becoming a staple in the wardrobe of every lady who hopes to become a trendsetter.

For those of you who are still in the dark about one of fashion’s “IT” accessories, listen up! The fascinator is a style of hat usually made with a moulded and shaped fabric base and decorated with either beads or feathers. For functionality, it is attached to a headband or clip and worn on the head.

While the fascinator might seem like the ideal headpiece to wear with an avant-garde gown or a mini dress, there are some factors to consider when selecting one.

As we always say, when it comes to styling an outfit, colour can either make or mar your general appearance.

A rule of thumb when selecting a fascinator is to ask yourself the question, “Does the color complement my dress or clash against it?” Never make the mistake of choosing a fascinator solely based on the beauty of its design; always consider the colour.

An example would be, rather than pair an orange disc fascinator with a pink gown, opt for a neutral colour like white.

Fascinators are widely known for their over-the-top designs and styles. However, some outfits require you to go for simple yet elegant fascinators.

To properly consider this factor, whenever selecting a fascinator, think of it as an accessory meant to complement the outfit, not overshadow it.

Your facial feature is also a huge determiner of the type of fascinator you wear. For example, if you have a rounded face shape, it’s best to opt for a taller fascinator.

Unless you are wearing a bald look, pay close attention to your hairstyle when selecting a fascinator.

A fascinator’s primary aim is to beautify the head like a scarf or a hat. So, select the fascinator that best complements your hairdo.

The same way you wouldn’t wear your gym clothes to a seminar is how you should be cautious about the kind of fascinator worn to events.

Although fascinators are quite versatile, there are certain ones best suited for selected events. Don’t expect applause when you step into a funeral wearing a pink fascinator with huge feathers and beads. 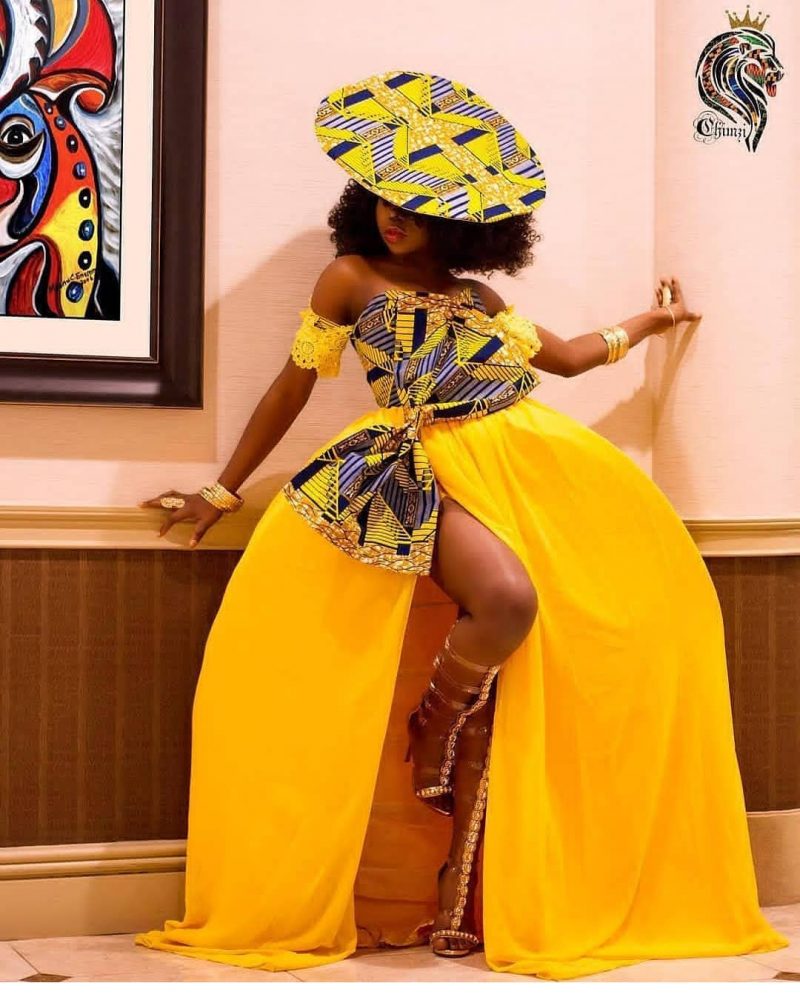 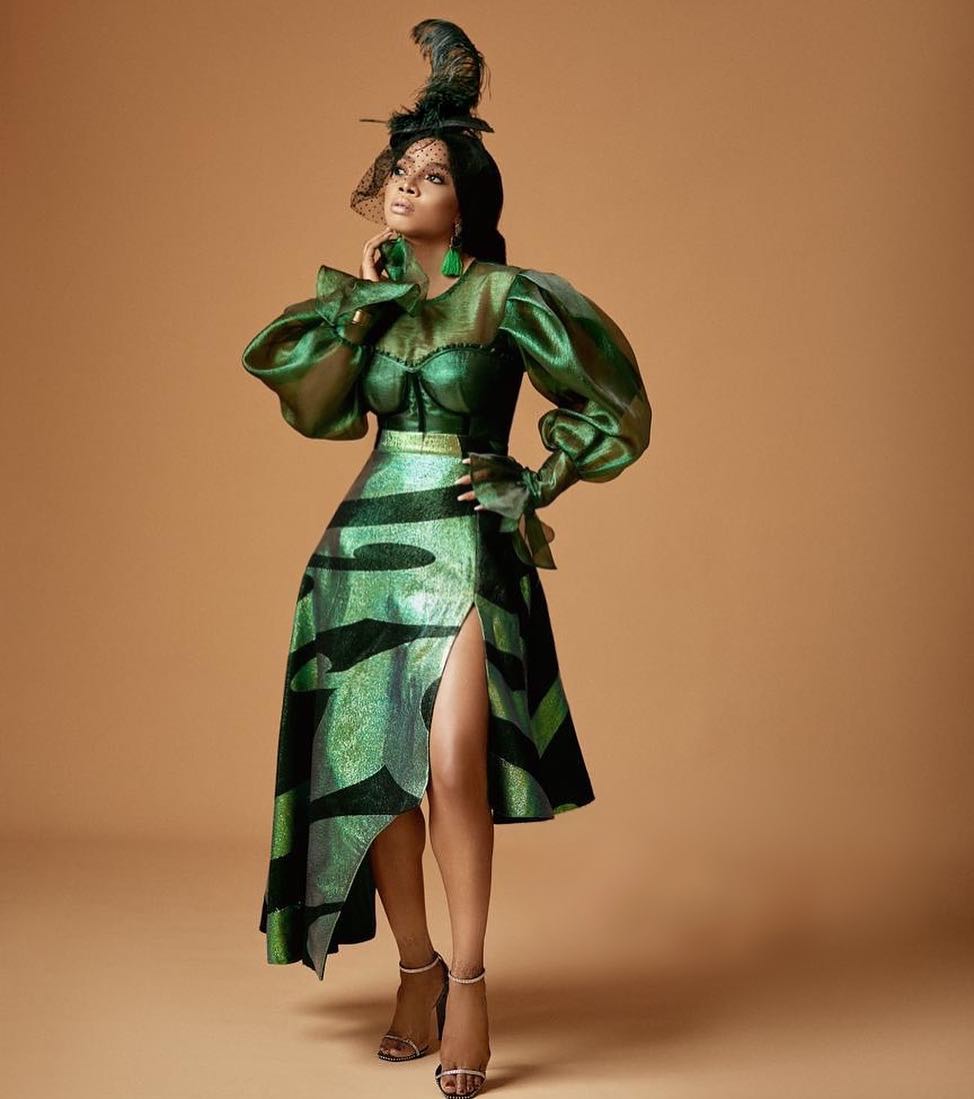 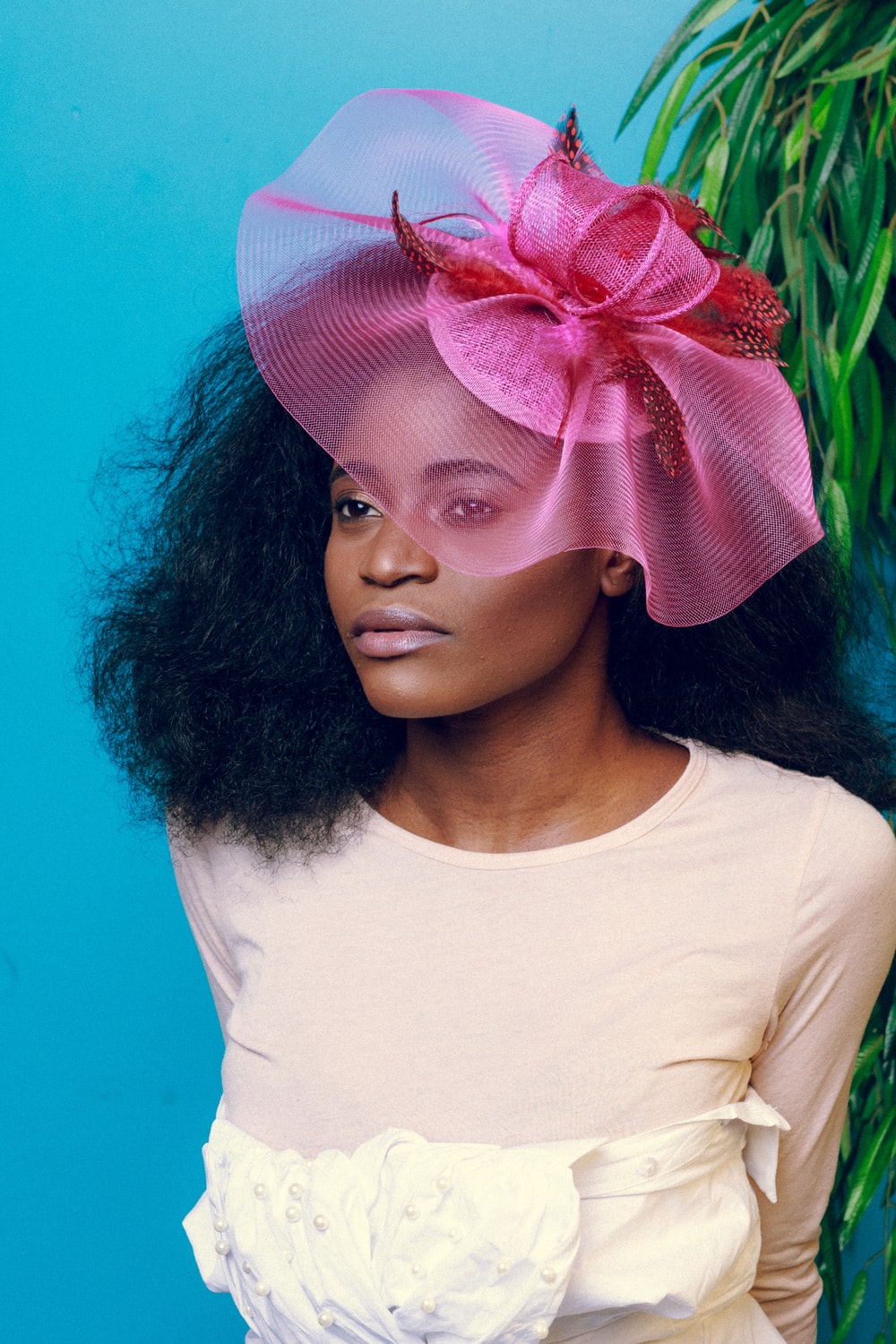 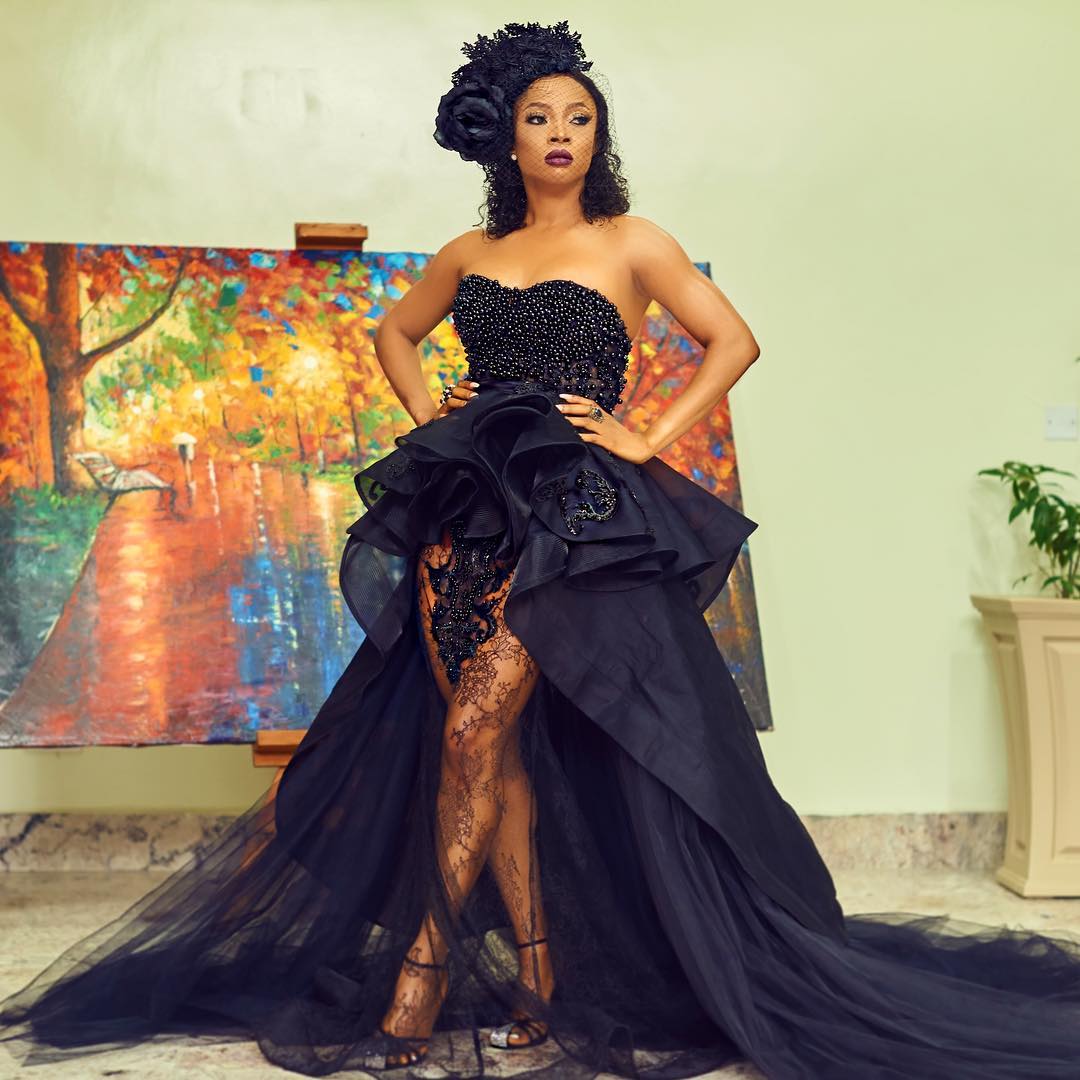 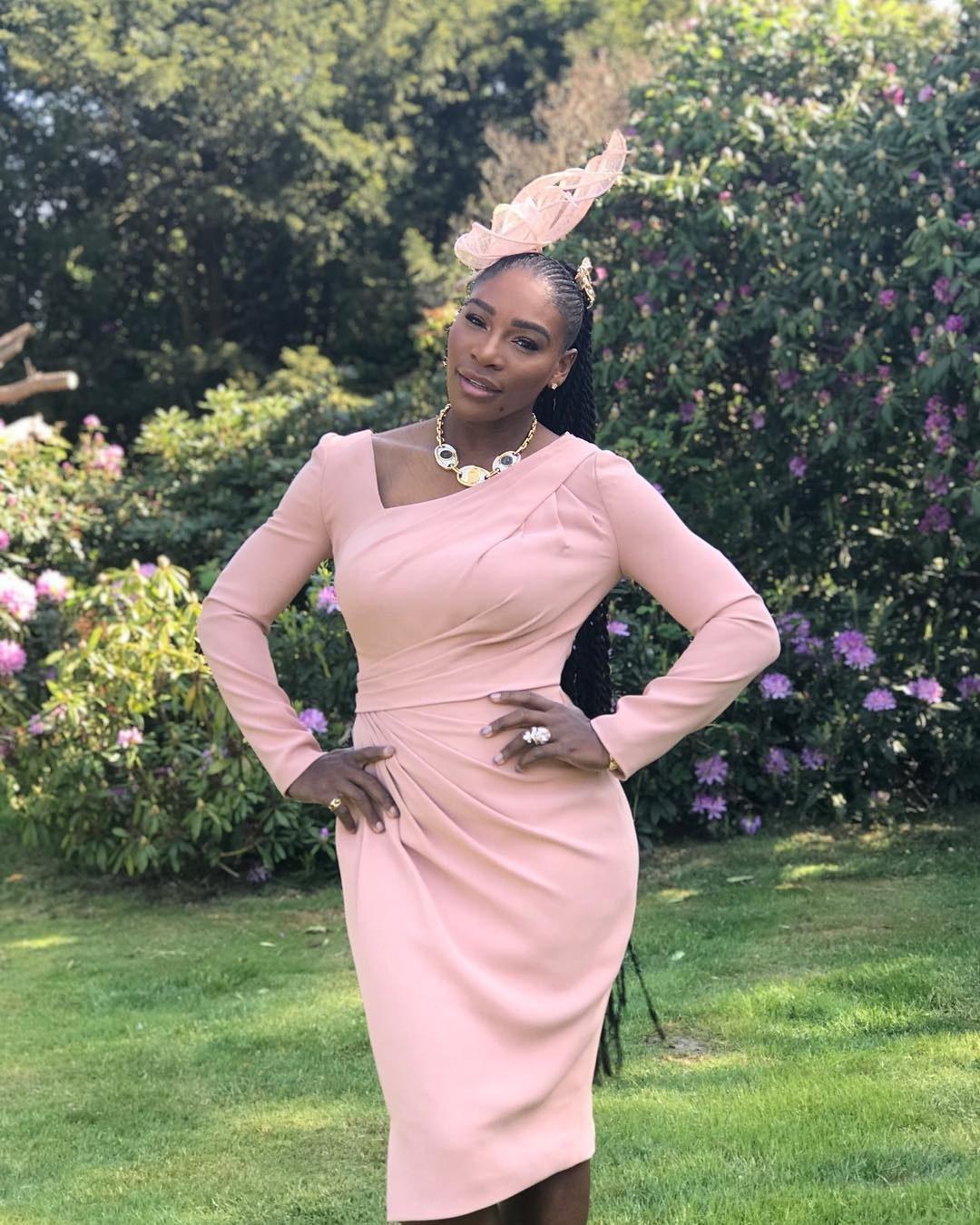 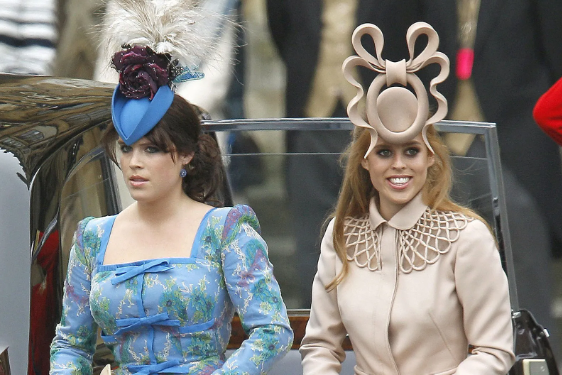 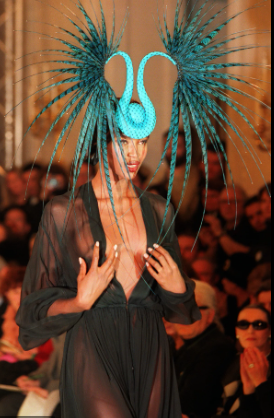 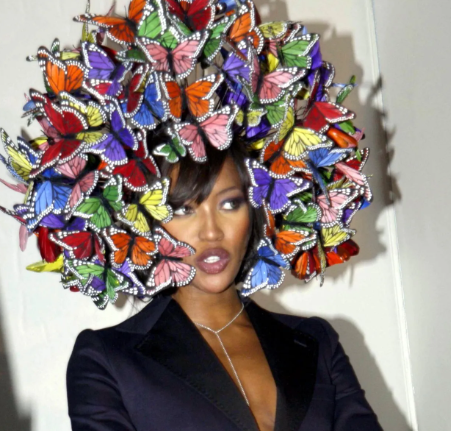 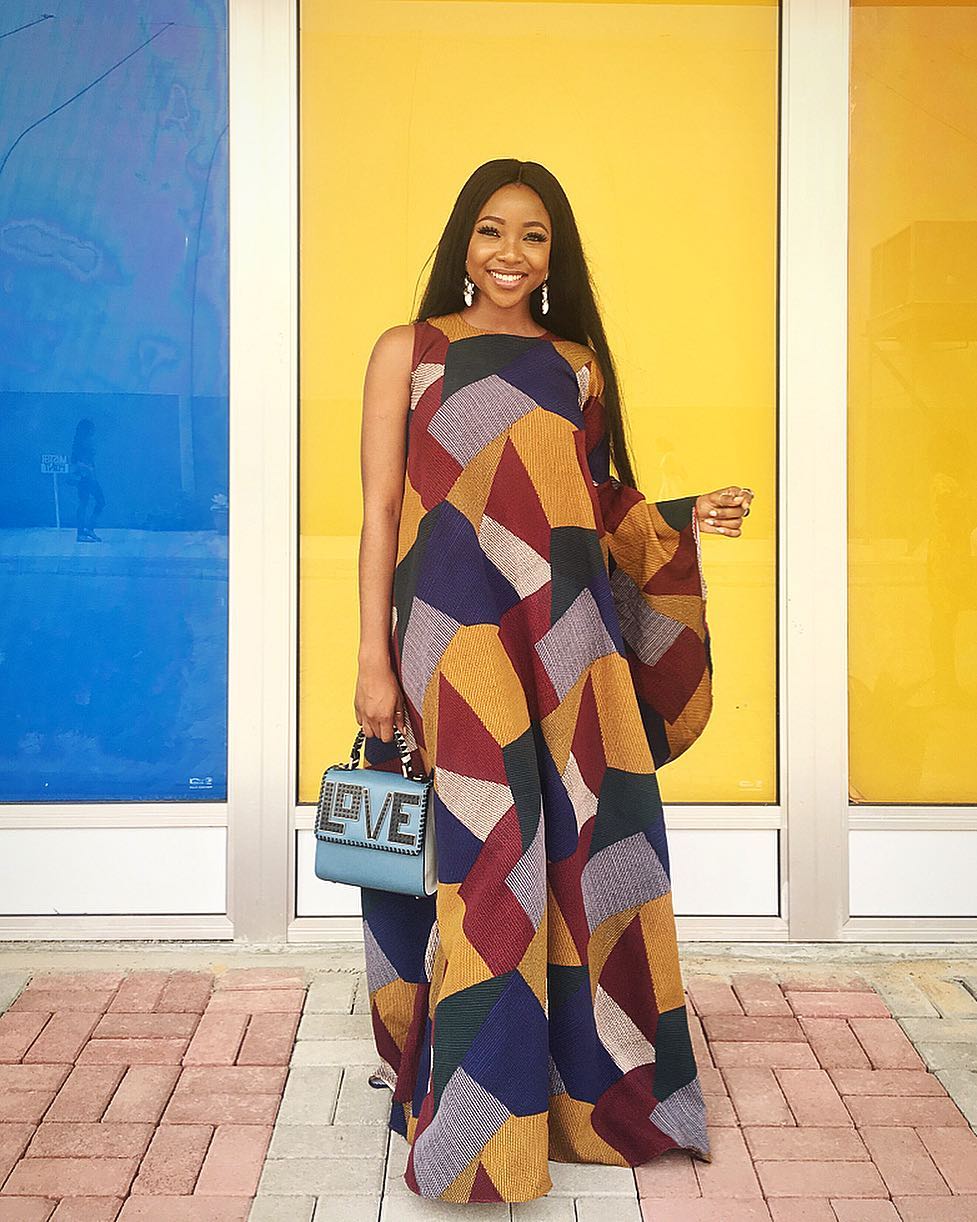 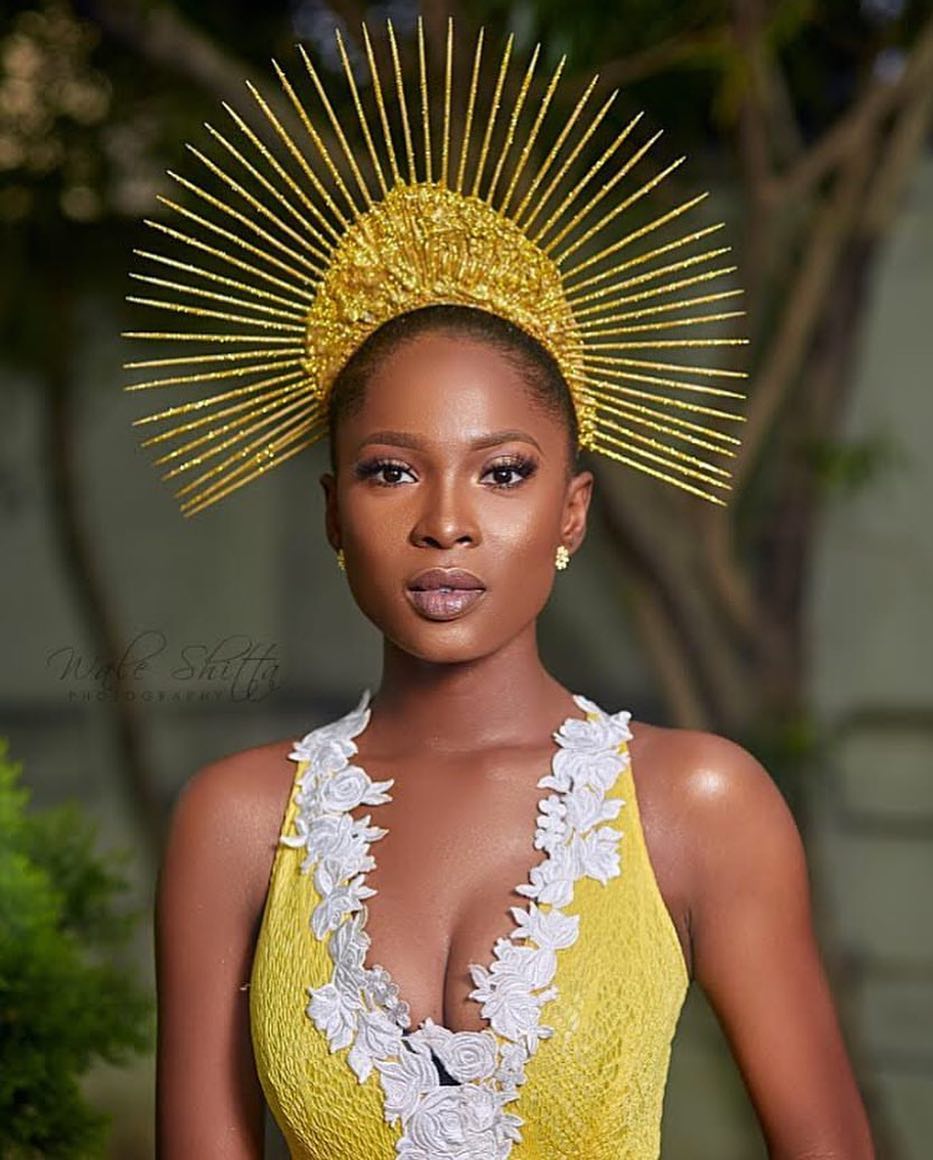 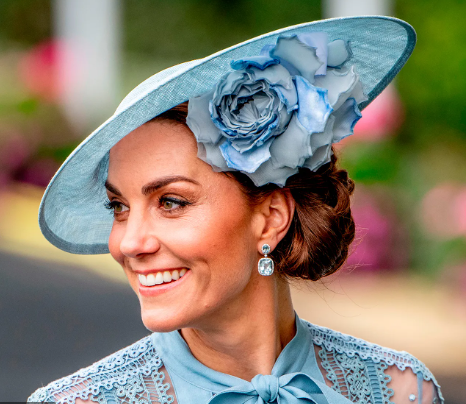 Music
Nicki Minaj's "Super Freaky Girl" Could Bring The Magic Number On The Billboard Hot 100
5 hours ago
Onika Tara Maraj, popularly known as Nicki Minaj, has been giving hits back to back since her breakout song, Ludacris’s “My Chick Bad" where she had a guest verse. She’s known as the Queen of rap, and it appears no one is taking the crown from her anytime soon. Her fan base known as the…

Spotlight
You Too See! The Legend of Samo Agbero
8 hours ago
Three things came to mind the first time I watched the first installment of Samo Agbero’s If An Agbero Had a Diary: deft use of the Yoruba Language and its street slang, the hilarious names given to the people who populate Samo’s fictitious garaji, and the uncanny portrayal of local motor park politics. The person…

Music
Watch: Fireboy Releases 'Bandana' Music Video
12 hours ago
Fireboy DML has dropped the music video for his newly released single "Bandana." "Bandana" featuring Asake is off his recently released third studio album "Playboy." The TG Omori directed single paid homage to the scarf for which the single is named after. Both artistes wear. the scarves, Fireboy DML pairs his with a black leather…

What's New
‘Air Force One’ Director Wolfgang Petersen Dead At 81
12 hours ago
Academy Award-nominated director Wolfgang Petersen who rose to prominence for his German-language film “Das Boot” has passed away aged 81. Spokesperson for the Petersen family, Michelle Bega, told The Post that Petersen died of pancreatic cancer in the arms of his wife of nearly 50 years, Maria-Antoinette, on Friday at his home in Brentwood, Los Angeles.…

Music
Grim Reaper Lead Singer Steve Grimmett Passes On Aged 62
1 day ago
Steve Grimmett, the lead singer of GRIM REAPER, passed away at age 62. Mark Grimmett, Steve's brother, announced his death on social media, writing: "I don't really know where to start so I guess I will just come right out with it. I had to inform you all that he has passed away, as many…

Music
This Week's Favorite New Song Is Nicki Minaj's "Super Freaky Girl"
2 days ago
The most popular new song this week is "Super Freaky Girl," the most recent single from Nicki Minaj. Fans of music chose the Queen of Rap's Rick James-sampling single as their favourite new song release of the previous week in a survey that was published on Billboard. Megan Thee Stallion's "Traumazine," Anitta and Maluma's "El…

What's New
Lizzo Releases 'Are You Ready?' Teaser for the '2 B Loved' Music Video
2 days ago
The music video for Lizzo's song "2 B Loved (Am I Ready)" is coming out soon and it may continue where her "Truth Hurts" video left off. Lizzo uploaded a teaser short on Sunday (Aug. 14) that starts with the wedding scene from "Truth Hurts" and finishes with the singer speeding off like a runaway…

Music
Falz… Adventures of The Bahd Guy
4 days ago
Born to lawyer parents, Falz, who has become infamous as one of Nigeria’s entertainers slash activists, has always chaperoned any pro-humanitarian movements since his early days as a singer, when he was barely 19.

Film
Viola Davis Cast As Villain In 'Hunger Games' Prequel 'The Ballad of Songbirds and Snakes'
13 hours ago
Famed actress Viola Davis has joined the "Hunger Games" franchise as a villain in the show's prequel "The Ballad of Songbirds and Snakes." The film's official Instagram account confirmed Davis' casting.   View this post on Instagram   A post shared by The Hunger Games (@thehungergames) Davis will play head game maker of the 10th…

What's New
Johnny Depp To Direct "Life of Great Hardship" by Amedeo Modigliani
1 day ago
While Amber Heard gets a pornographic role offer, it has been twenty-five years since Johnny Depp directed a motion picture. For Modigliani, a biographical drama on Italian artist Amedeo Modigliani, the actor will make a comeback behind the camera. The film is being produced by Barry Navidi and Al Pacino. The film has the support…

Film
Amber Heard Falls On Hard Times: Gets Role Offer In Pornographic Film
1 day ago
Even after their high-profile lawsuit ended earlier this summer, Amber Heard and Johnny Depp's names have continued to make headlines all year. Now, it seems like Zen Models is attempting to capitalise on the actress' increased notoriety by offering her a part in a pornographic film. According to the Australian publication Pop Topic, Heard received…

Business News
NIPCO leverages on PIA, to increase investment in petroleum sector
3 Jul
To further enhance smooth distribution of petroleum products across the country, the Nigerian Independent Petroleum Company (NIPCO) Plc has unveiled its plans to increase its investment in the sector.

Music
Director K… Homeboy Shooting For The Stars
9 Jul
Can I eat,” he asks politely, leaning into his desk chair. It was 4:30 in the evening, but it could easily have been his first meal of the day.

Style
Majorie Harvey’s Fashion Steals
17 Jul
Can someone please call the fashion police because a certain strong and powerful black woman is slaying both the streets and the Instagram feeds of millions across the world? Ever since fashion blogger and wife to Steve Harvey, Majorie Harvey, stepped into the public’s eyes, she has served us with iconic fashion looks that are…