Walking has been identified medically and socially as the best, least expensive and most broadly acceptable form of physical activities as it is rarely associated with any injury and easily adopted by people of all ages. With an understanding of the importance of healthy living and community bonding, SHAKARASQUARE in conjunction with Ontogenny Media presented the third edition of the annual FESTAC FITNESS WALK with the aim of raising awareness on healthy living, community bonding, environment development and social networking among participants.

This year’s walk which featured a Nollywood Super actor, Bolanle Ninilowo a.k.a. Nino was funfilled. The 5km walk started from FHA field 23 road, Festac with high-end individuals, celebrities and the general public who walked in their thousands to the endpoint, the famous Festival Mall. 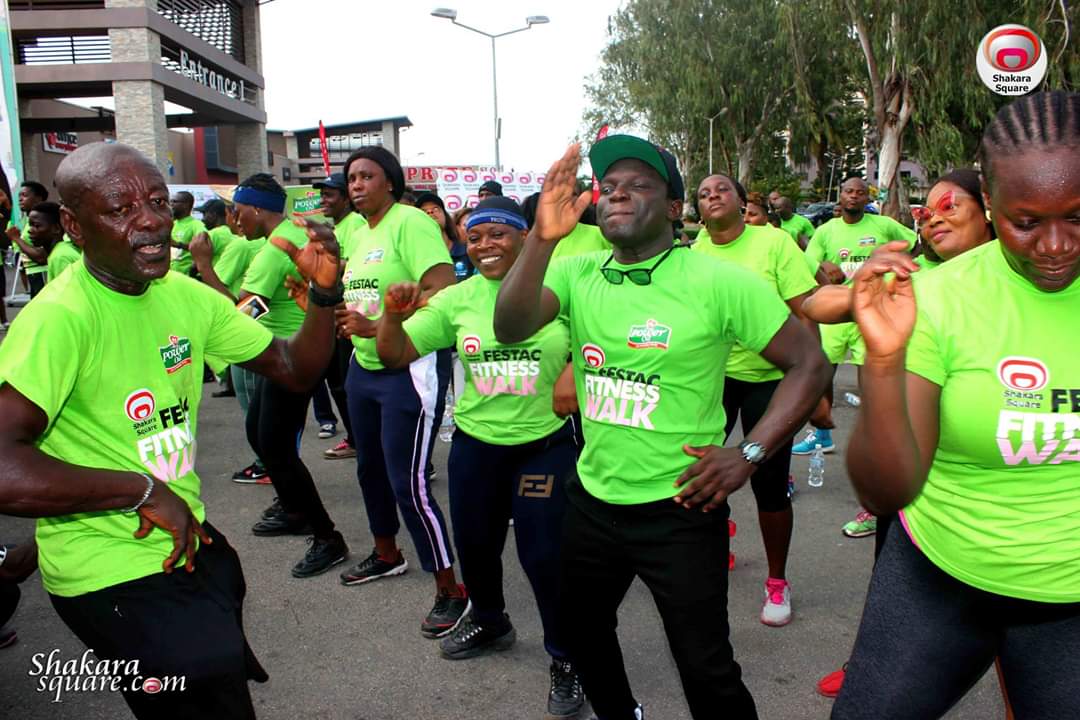 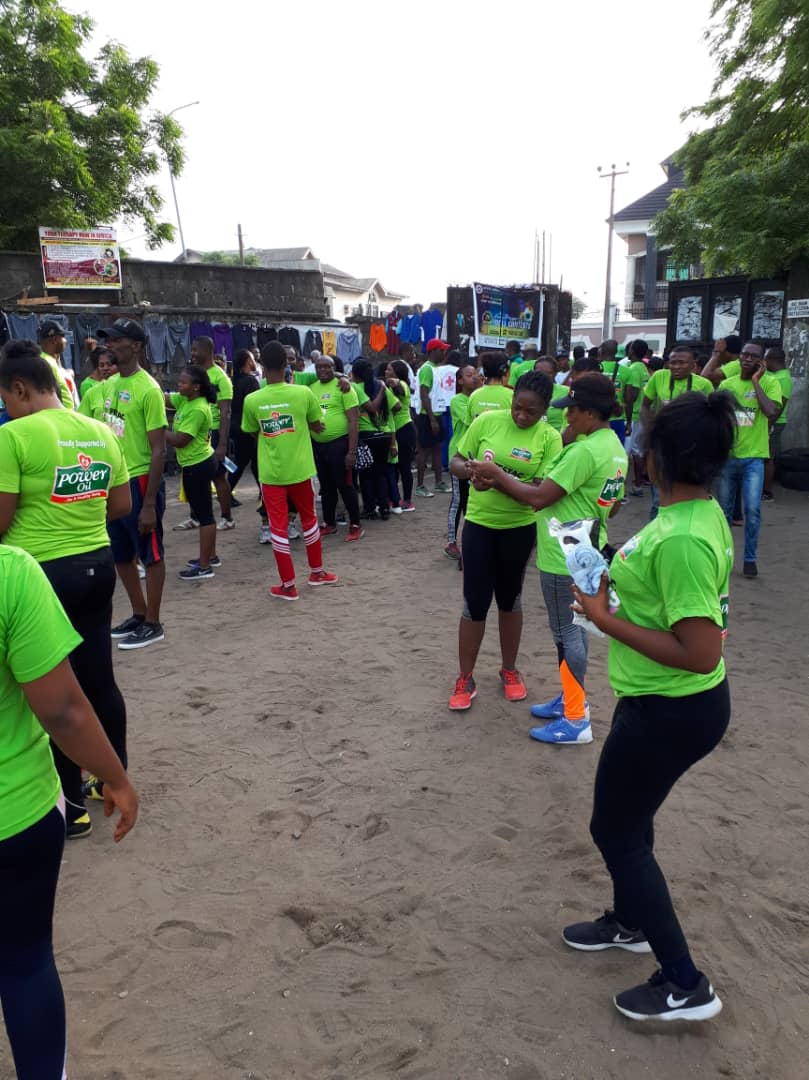 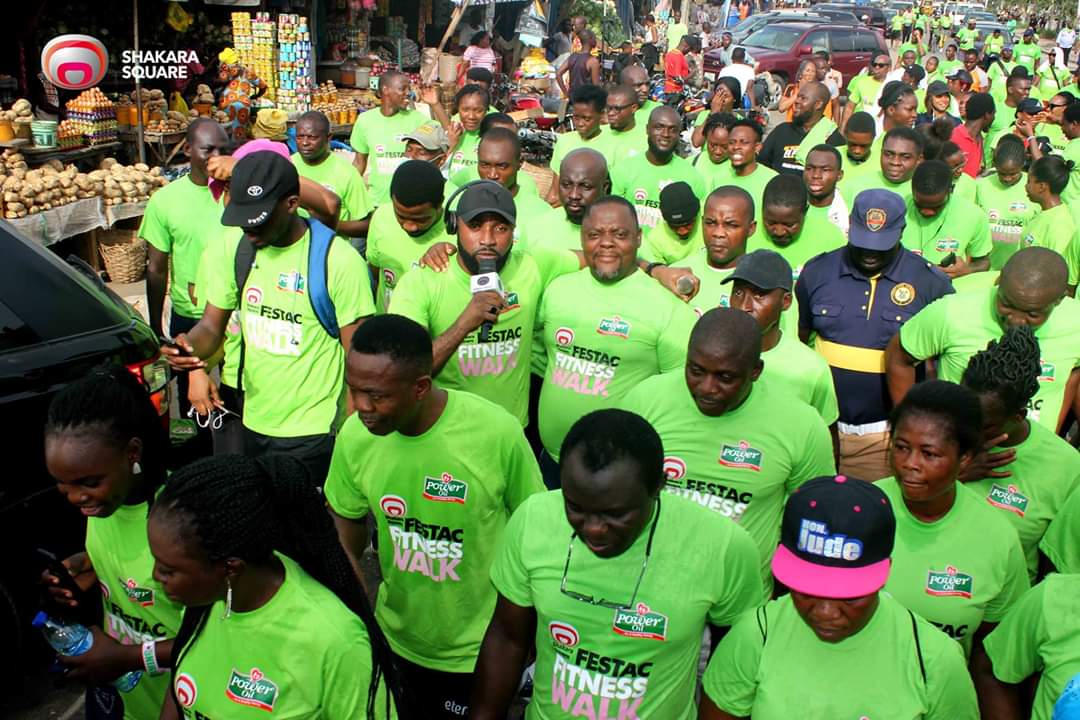 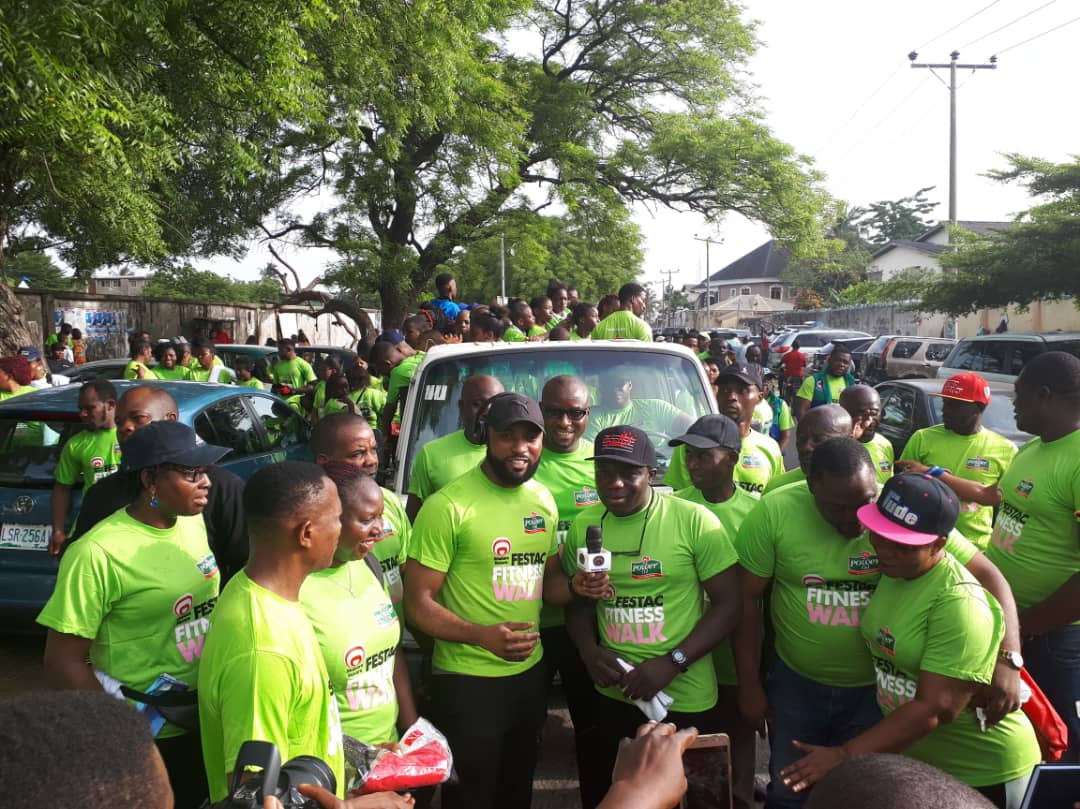 Festac Fitness Walk 3 was powered by Power Oil, Nigeria’s No 1 cooking Oil. PowerOil is known for No cholesterol and No Transfat and a healthy Oil for a Healthy Family. They preached healthy living messages which include regular exercises and healthy meals also educating individuals to regularly listen to their heart.

The Amuwo Odofin Local Government Chairman, Engr Valentine Buraimoh in his remark, thanked the organisers ‘Shakarasquare’ and the sponsors for the good initiative, he also promised to always support the program which is geared towards a stronger sense of community ownership and healthy living.

The CEO of Shakarasquare, Prince Obinna Ude. In his own remarks reiterated his commitment to the promotion of healthy living and fostering community pride amongst the residence of Festac and Amuwo Odofin in general.

The Marketing manager of Power Oil said: “Power Oil is very proud to be associated with Festac Fitness Walk.”