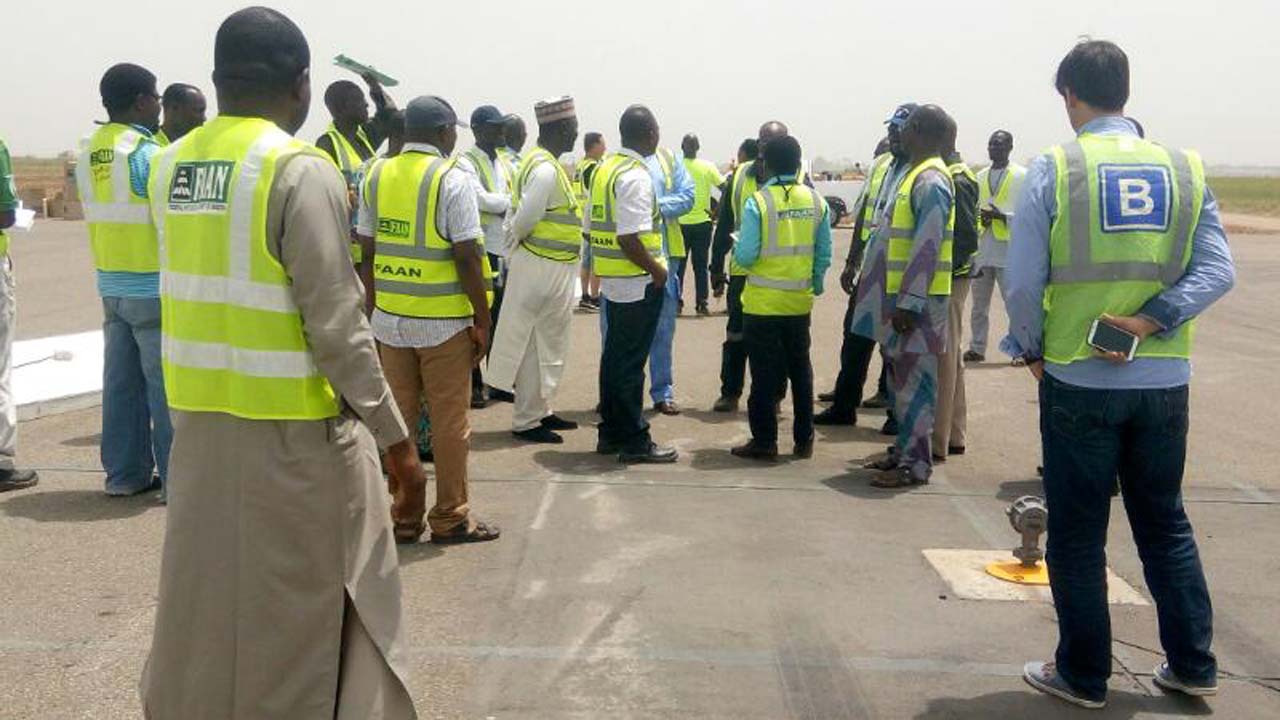 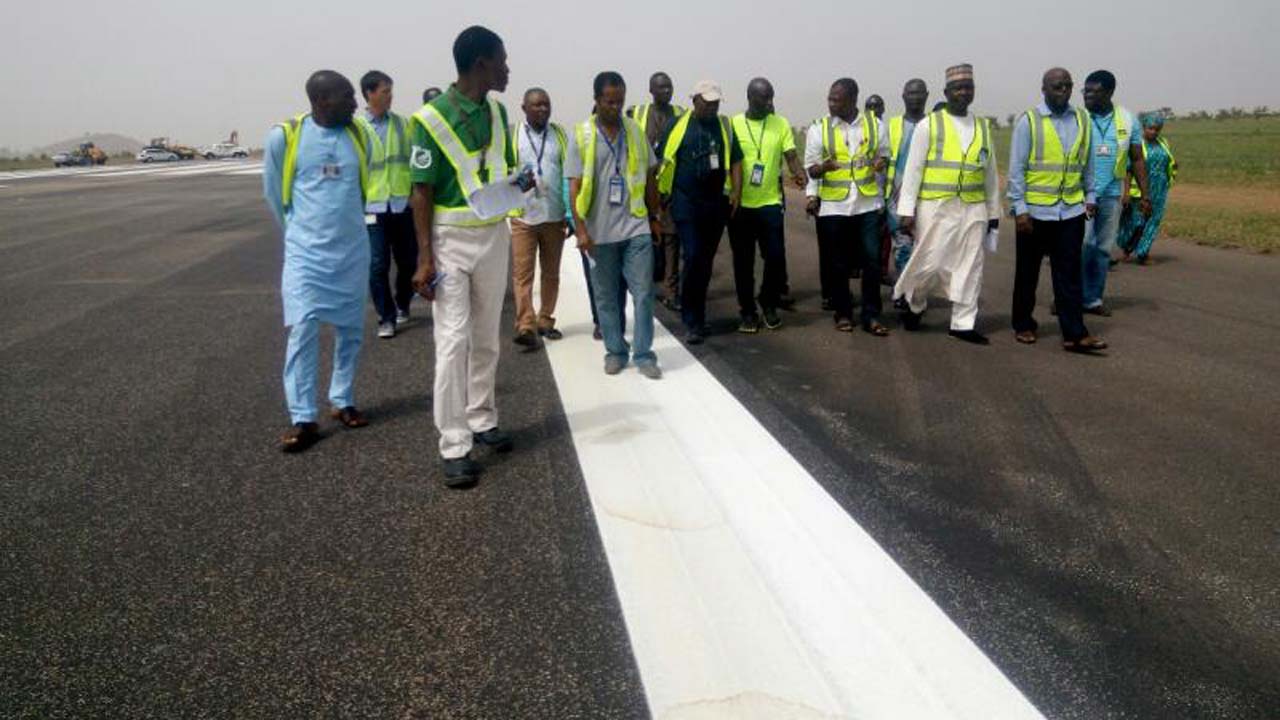 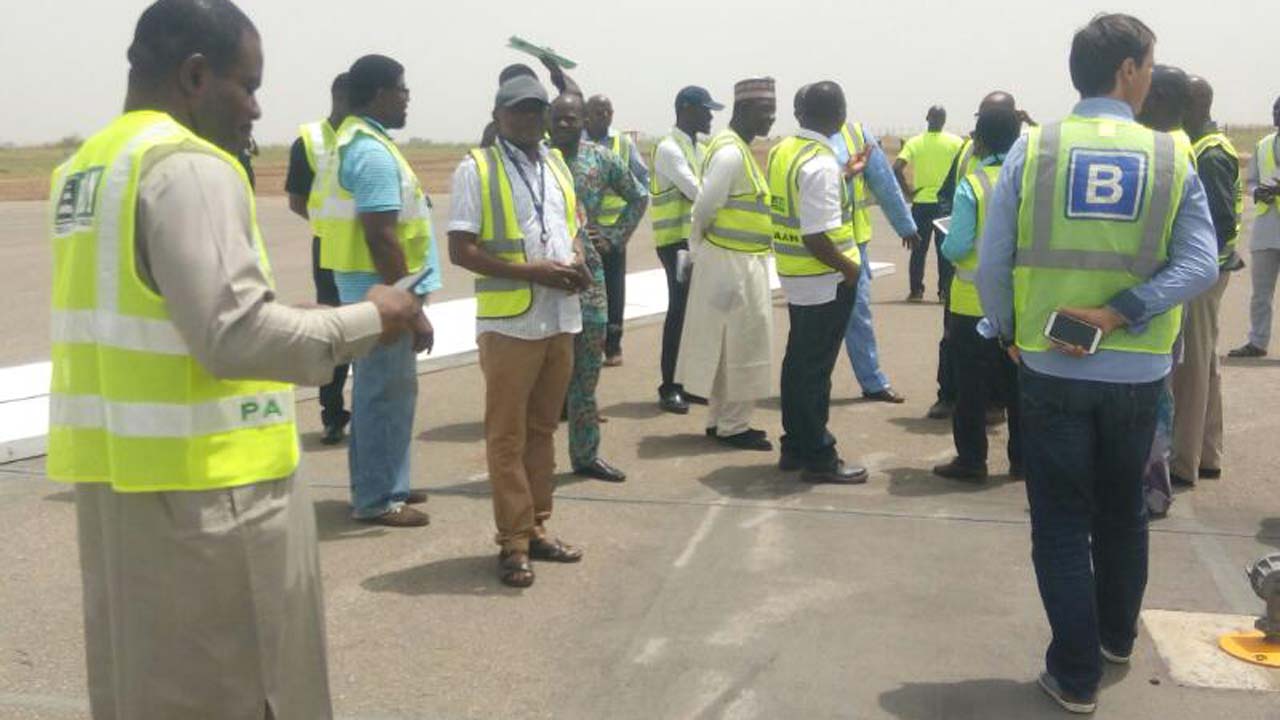 A night-time rehabilitation is due to commence on the runway of the Nnamdi Azikiwe International Airport (NAIA), Abuja, later this week and will last for four months.

The airport, due to reopen this Thursday after six weeks of temporary closure, will see more repairs on some parts of the 3610m long runway and other critical sections of the aerodrome between the hours of 12:00 a.m. and 5:00 a.m. daily.

The Guardian learnt that the four-month nocturnal repairs were part of the initial six-month duration to fully turn the airport around, with almost a new runway and upgraded facilities both on the air-side and land-side of the airport.

The plan will make the second busiest airport in the country to be shut down for five hours everyday, during which flight activities will be restricted. The repairs may also cause airport users some bit of discomfort while they last.

In fact, experts have raised concerns on safety of lives and flights with repair equipment around the runway during flight operations. They urged regulatory authorities to be cautious to avoid a repeat of the November 2003 landing accident at the Murtala Muhammed International Airport, Lagos.

It was learnt at the weekend that the round-the-clock six-week repairs only fixed the mid section of the runway, which is the most critical and already a death trap for aircraft prior to the airport closure.

Experts said the nightly repair model is the norm in major airports around the world, including Glasgow airport in Scotland, where piece-by-piece runway resurfacing, using the latest asphalt technology, has been going on since last November till date. The repair is with minimal disruption since the airport reopens at 06:00 everyday. Glasgow airport handles almost 100,000 aircraft movements a year.

The Federal Airports Authority of Nigeria (FAAN), which manages the airport and 21 others nationwide confirmed the repair plan. Acting General Manager, Public Relations FAAN, Henrietta Yakubu, said the rehabilitation plan was to fully transform the airport but with minimal disruption of services within a six-month window period.

Yakubu noted that the six-week closure due to elapse Wednesday took care of the most critical part of the runway and other sections will be fixed in batches.

She said: “Further work has been structured in a way that it will not affect operations. The last flight is expected before 12:00a.m. and the first flight by 5:00 a.m. In between are the repairs for other parts (of runway) that are not so critical.

“Again, it is not all about the runway alone. Currently, we are working to give the domestic terminal a facelift, installing an escalator and replacing all other facilities that have gone bad including the toilets and fittings. We expect a new terminal building by the time the airport reopens. Even after, more work will continue,” Yakubu said.

The Minister of State for Aviation, Hadi Sirika, said that the work at NAIA was part of the Federal Government’s plan to keep upgrading the international airports ahead of their concession to private sector for improved efficiency.

In an earlier interview with The Guardian, Sirika said: “There are plans to fix the whole airports. As we create activities around them to make them viable, attractive and bankable, then we will concession them, starting with the big four airports (Lagos, Kano, Abuja and Port Harcourt)

“In-between now and then, inclusive of the Abuja, Lagos and Port Harcourt, we will be maintaining and improving them so that whoever is coming to take them on concession would have seen that we have added value to the airport so that we can get more from them.”

Meanwhile, aviation experts have raised concern over the security of night-time landing and takeoff at the Abuja international airport, while repair would be ongoing around the runway.

The doyen of the aviation industry, Capt. Dele Ore, commended  renewed efforts to keep the airport functional, but warned of attendant risk. Ore recalled an incident at Murtala Muhammed International Airport in 2003 when a Hydro Cargo plane crashed into equipment stationed on the runway during night repairs.

Though the airport has two runways unlike its Abuja counterpart, one was being resurfaced while the other was in use. The workers, it was alleged, left some equipment on the repaired runway. Air traffic controllers, unaware of the situation cleared the Hydro Cargo plane to land on the resurfaced runway at night, causing a crash and huge embarrassment to the country.

Ore said:  “The singular incident was quite embarrassing to the country and could still repeat itself if care is not taken. It is sad enough that no Nigerian has accepted blamed for the failed Abuja runway. To hear that work will now go on at night makes me worried. I have my serious reservation and I have made it known,” he said.

The Secretary General of the Aviation Round Table (ART), Group Captain John Ojikutu (rtd), said to complement the repairs must be a periodic maintenance programme with statutory function for regulatory authorities.

Ojikutu said the Abuja runway failed because it was over-stretched and there was no maintenance programme in place for the runway and others in 21 airports nationwide.

He advised that besides repairs and reopening of the Abuja airport, the Nigerian Civil Aviation Authority and Federal Airports Authority of Nigeria should be mandated to come up with a sound maintenance programme for the runway and all others across the country.

“Ilorin airport was built about 30 years ago. Is it ready to receive traffic diversion from Lagos? These are the things we should be thinking about, to ensure the Abuja airport situation does not repeat itself,” he said.