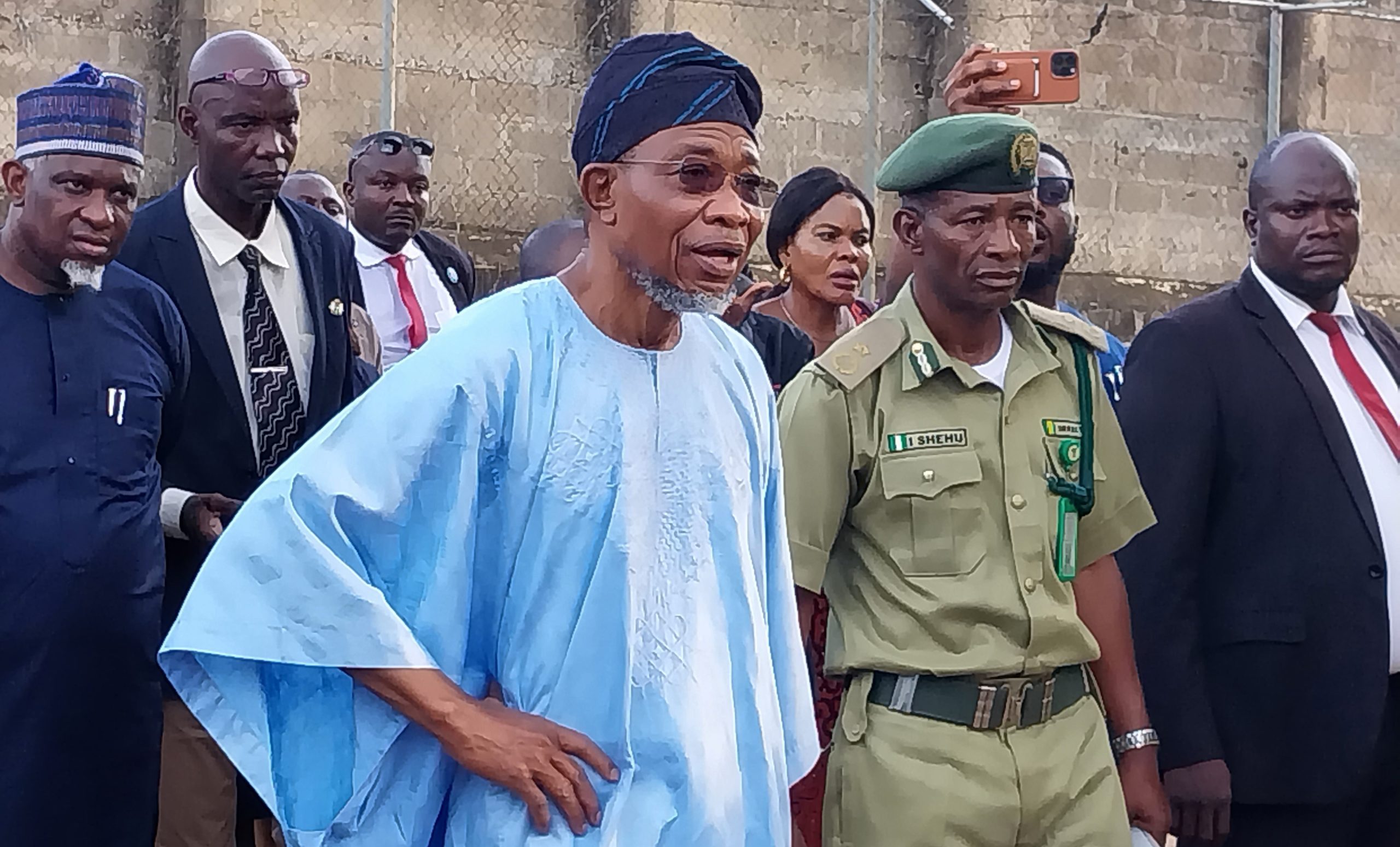 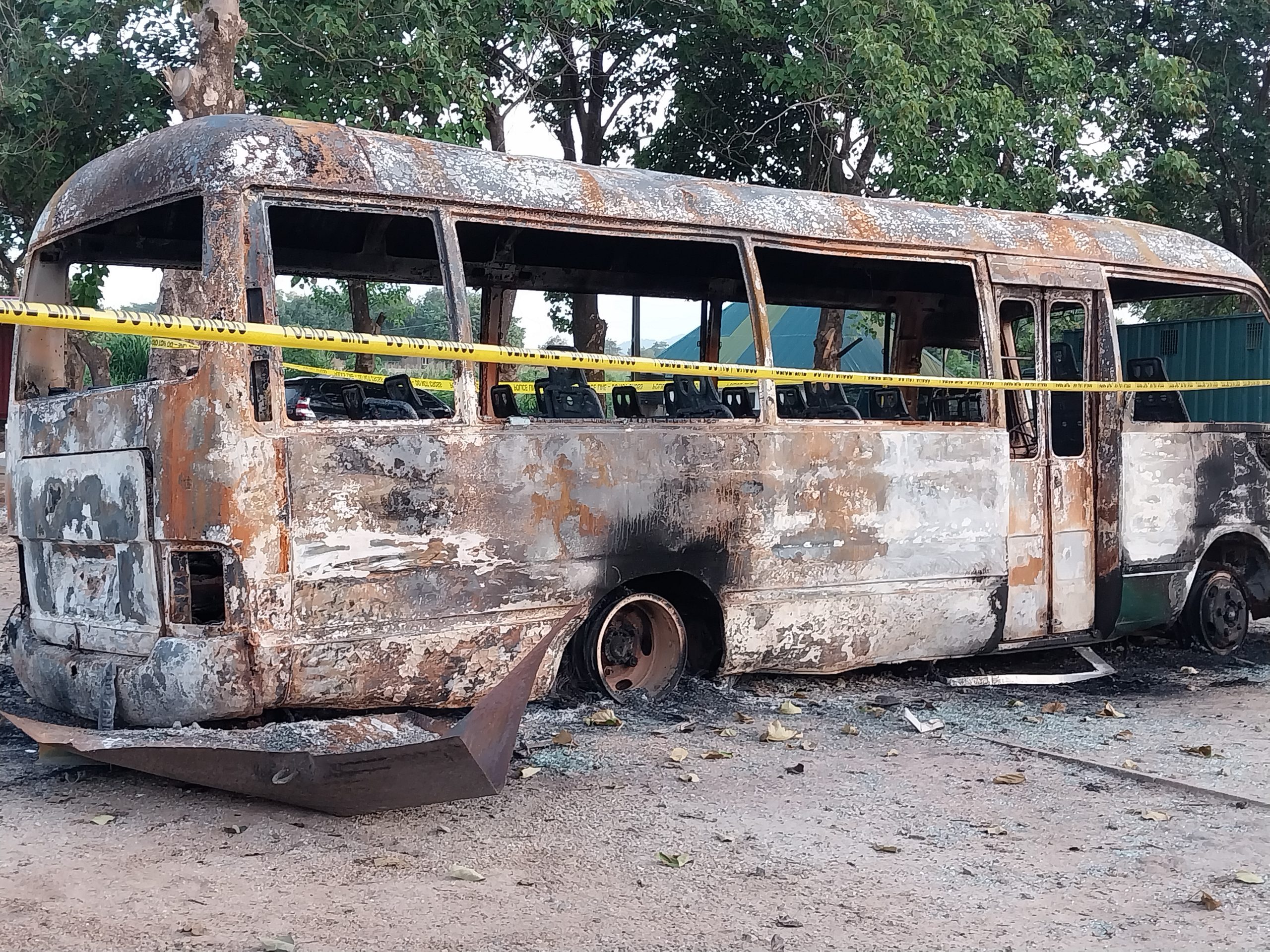 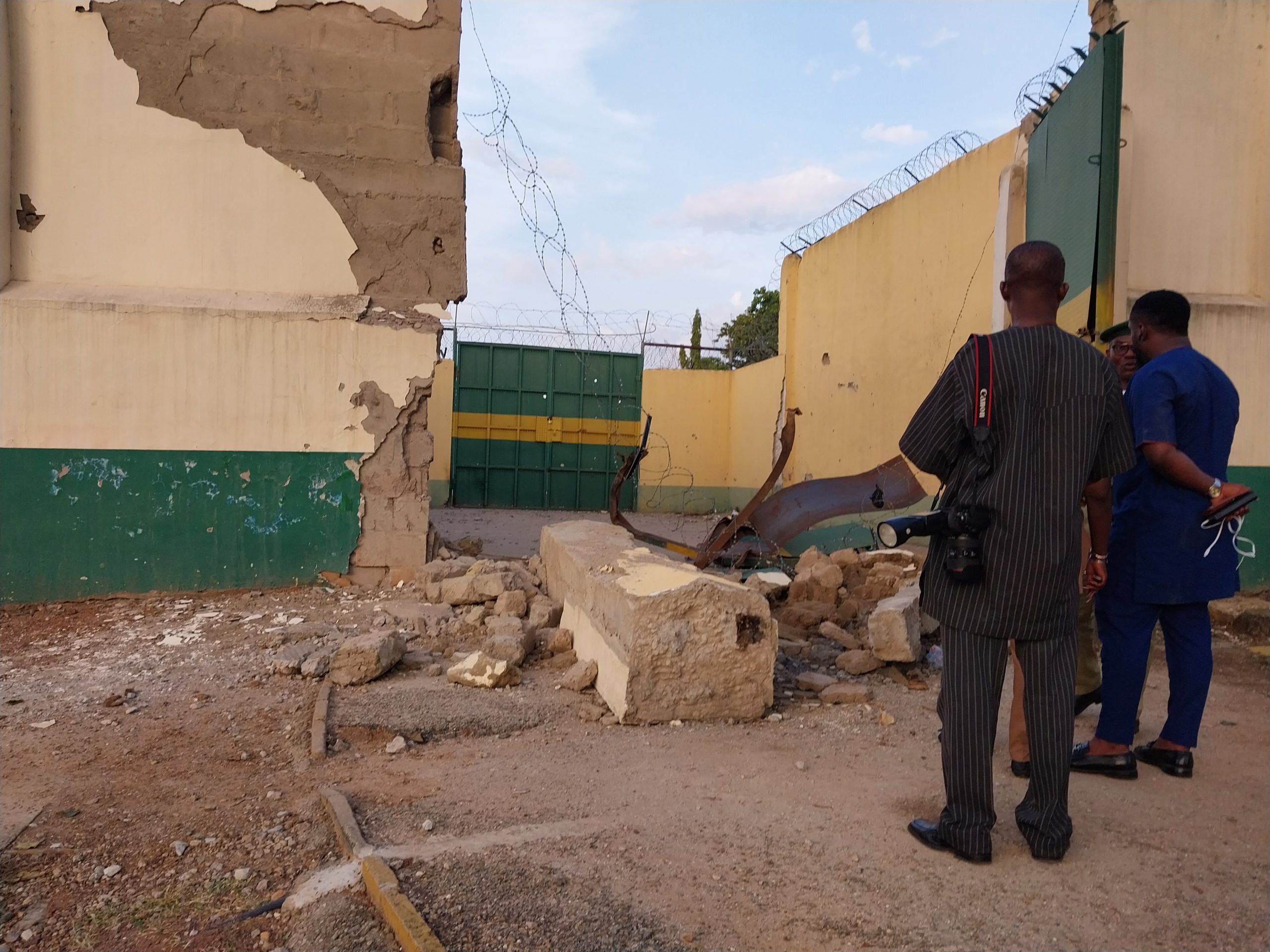 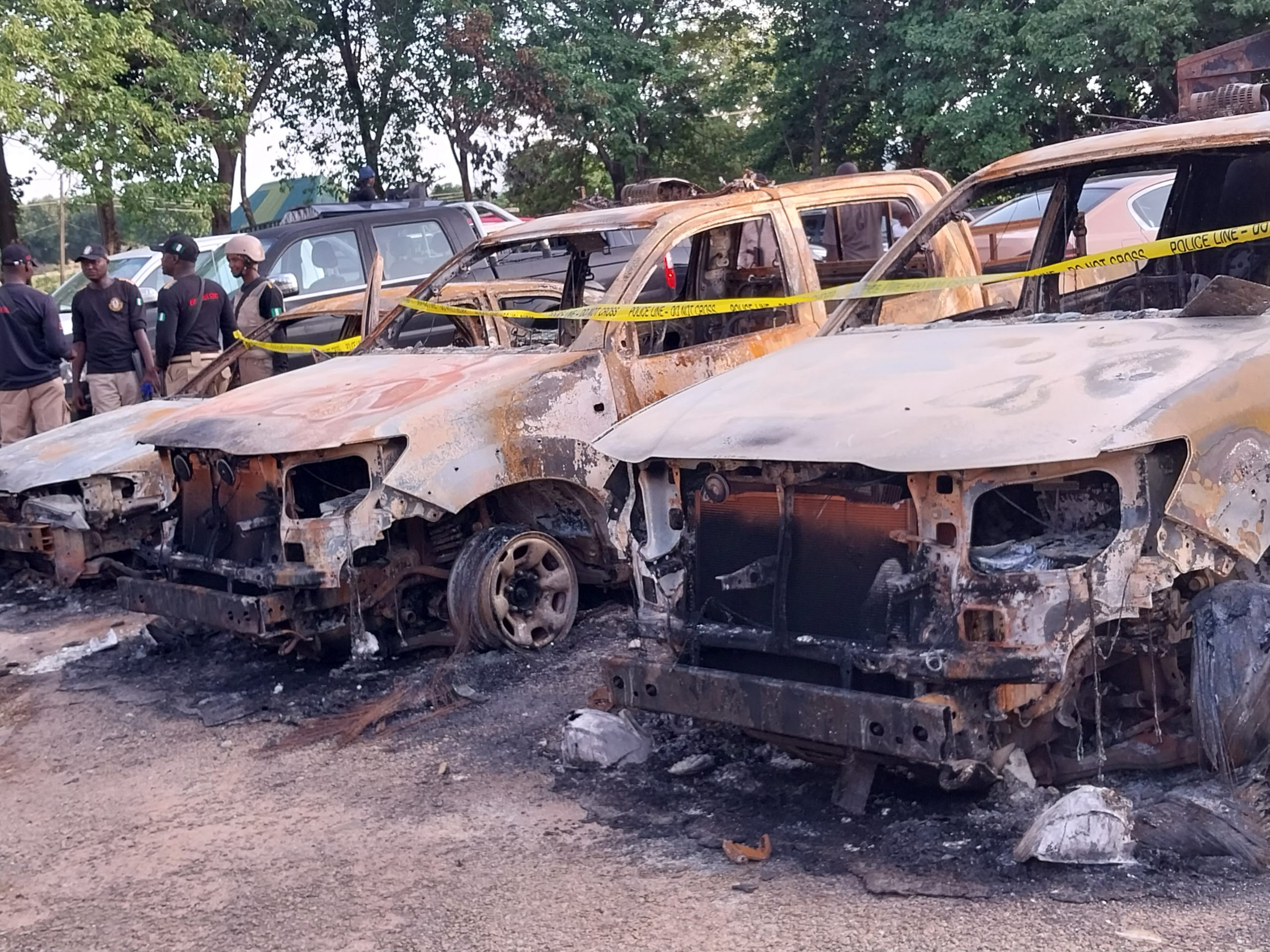 *Inspects damage at the facility

The minister made his displeasure known to senior officers of the all the agencies under his ministry while on an inspection tour of the facility at the weekend in Abuja.

He said the Kuje facility is a world-class facility by any standard hence the attack should not have been successful but for the poor fire response of personnel on guard.

“I am disappointed with the level of defence because we have enough men to protect this facility. Unfortunately, they couldn’t hold their position effectively and that was the reason for the breakfast,” Aregbesola lamented.

“We have a world class facility here by any standard. Now my position is so clear because I have declared since April last year that all our facilities are red zones and that whoever attempts an attack must not live to tell the story, I still maintain this,” he said.

Aregbesola noted that “Kuje facility is the most fortified in the country if fortification for security is the determinant of whether is medium or maximum, it is medium by size but maximum by the security being put there.

“We have a platoon of security officers deployed here. We have a high grade of military and police and other security forces deployed for protection but strangely something happened most of which I cannot say on camera.

The minister said that he believes t those who escaped can only run but cannot hide.

“It is very regrettable that this happened. Let me put it in context, the nation is experiencing asymmetric warfare.

“Yes, the insurgents have been degraded in the North East of Nigeria, 61, 000 of them are in our custody in the North East, the effect of the effectiveness itself in degrading them in the North East is what we are experiencing. As sad as it is, we must put behind whatever it is happening in the contest of the asymmetrical warfare unleashed on the nation by these criminal elements and we will rise to it, that’s the assurance, he explains.

“I want to give to Nigerians, as I said if deployments are the basis of security, Kuje was as at Tuesday heavily fortified,” he adds.

Nigeria
16,000 households to benefit from KSrelief food support in Borno ― NEMA
10 mins ago
The National Emergency Management Agency (NEMA) has concluded arrangements for the distribution of relief food items donated by King Salman Humanitarian Aid and Relief Centre (KSrelief) to 16,000 households of Internally Displaced Persons (IDPs) living in 8 camps and host communities in Borno State. A standard quantity of 16,000 food baskets, each comprising a bag…
Nigeria
Nigeria train resumes eight months after deadly attack
14 mins ago
Nigeria on Monday resumed a train service linking the capital with a northern city, eight months after it was suspended following one of the country's most high-profile attacks.
World
US, allies 'welcome' Sudan initial pact to end crisis
25 mins ago
The United States and allies Monday welcomed the signing of an initial deal between Sudan's military and civilian leaders to end a political crisis sparked last year by a coup.
Nigeria
NNPP faults Dogara's group adoption of Atiku, says Kwankwaso will win landslide
36 mins ago
The New Nigeria People's Party (NNPP) has dismissed the adoption of the presidential candidate of the People's Democratic Party (PDP), Atiku Abubakar for the 2023 presidency.
Sport
Morocco to 'come out swinging' against Spain at World Cup
53 mins ago
Morocco coach Walid Regragui has urged his team to believe they can defeat powerhouse Spain as they attempt to reach a first World Cup quarter-final.