An anti-corruption group wants President Muhammadu Buhari to rescind his endorsement of Osagie Ize-Iyamu as the governorship candidate of the All Progressives Candidates in the September 19 governorship election in Edo State.

Kick Corruption Out of Nigeria petitio to President Buhari came less than 24 hours after he endorsed Ize-Iyamu.

The group said Buhari’s endorsement of Ize-Iyamu, who is standing trial for alleged fraud, negates the president’s anti-corruption drive. It said the endorsement was disappointing.

“We believed that since Ize-Iyamu is still in court facing corruption charges, you will distance yourself from him,” the spokesman of the group, Lawrence Chukwu, said in a letter addressed to Buhari. 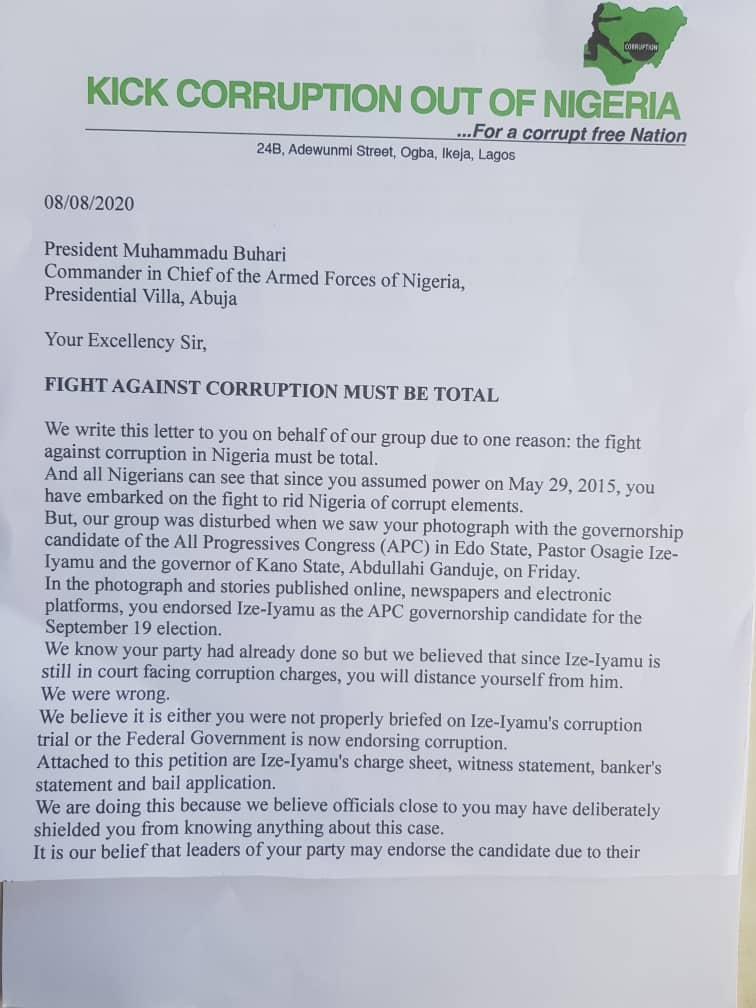 A copy of the petition 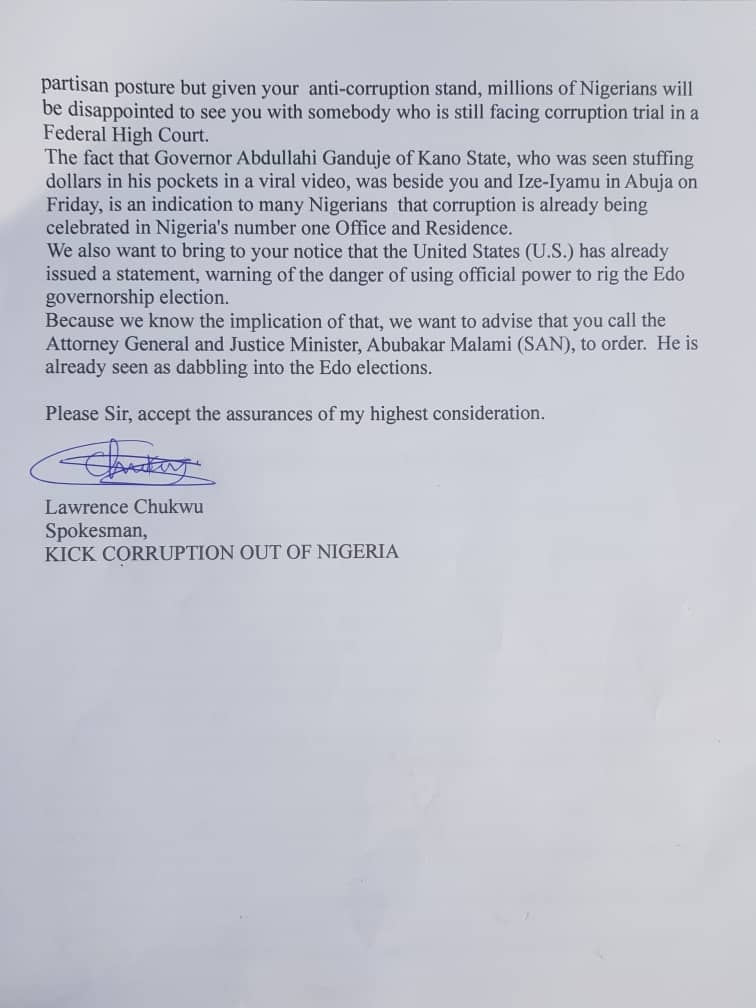 Ize-Iyamu is being tried on an eight-count charge of money laundering to the tune of N700 million reportedly deployed to prosecute the 2015 general elections.

He is standing trial alongside four others before Justice J. M. Umar of the Federal High Court, Benin City.

The Economic and Financial Crimes Commission, in the suit marked FHC/BE21C/ 2016, said the APC governorship candidate and the other accused allegedly collected the public funds for the polls, contrary to the provisions of the EFCC Act and the Money Laundering (Prohibition) Act.

Chukwu, declared the photograph Buhari giving APC flag to Ize-Iyamu, as “a tragedy and an indication that once you are on the side of powers that be, you can continue to steal the country blind”.

The petition said fact that Kano Governor Abdullahi Ganduje, was besides Buhari and Ize-Iyamu in Abuja on Friday demonstrated that corruption is already being celebrated in Nigeria’s number one office and residence.

The petition also accused the Justice Minister, Abubakar Malami (SAN), of exerting influence on the Federal High Court to frustrate the case and use security and electoral officers to rig the September 19 election in Edo State.