How to overcome COVID-19, by Joshua
2 hours ago  Nigeria
Confusion over Adesina’s bid for fresh tenure as AfDB’s boss
40 mins ago  Nigeria

FG issues guidelines for reopening of schools
59 mins ago  Nigeria

Twenty-one of the over 200 missing Chibokschoolgirls freed after being held by  Boko Haram  for more than two years on Sunday spoke of their ordeal as they were reunited with their families.

The church service was organised by the Nigerian government for the schoolgirls who were released on Thursday.

Information and culture minister Lai Mohammed represented the government at the Church held at the Presidential Villa on Sunday.

Miss Gloria Dame, one of the girls who spoke on behalf of her colleagues was visibly happy and as she jumped for joy, she said, “we stayed for one month without food’’.

Continuing her testimony, she said: “I narrowly escaped bomb blast in the forest. I never knew there would be a day like this.

She begged Nigerians to pray for the quick release of the remaining girls in Boko Haram’s captivity.

Shiktra Kwali, in her sermon at the interdenominational service, urged the girls not to allow their hallowing experience to deter them from achieving their dreams

Information Minister Mohammed said that the reunification was a day the world had been waiting for. 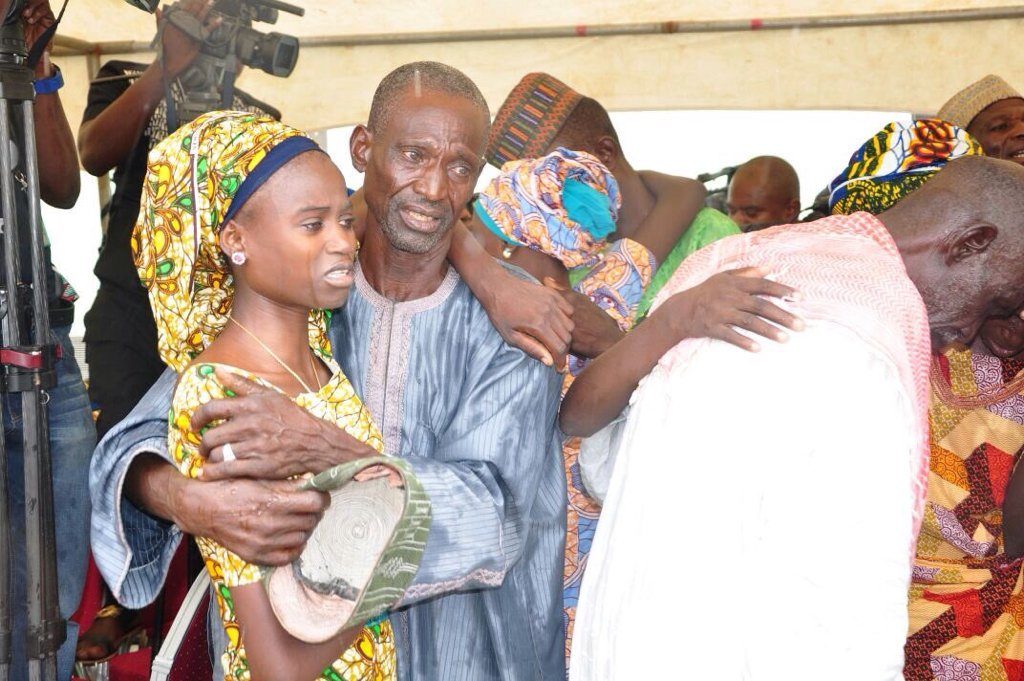 The 21 released Chibok girls reunited with their parents today since their abduction on the 14th of April, 2014. PHOTO: TWITTER/DIGICOMMSNG 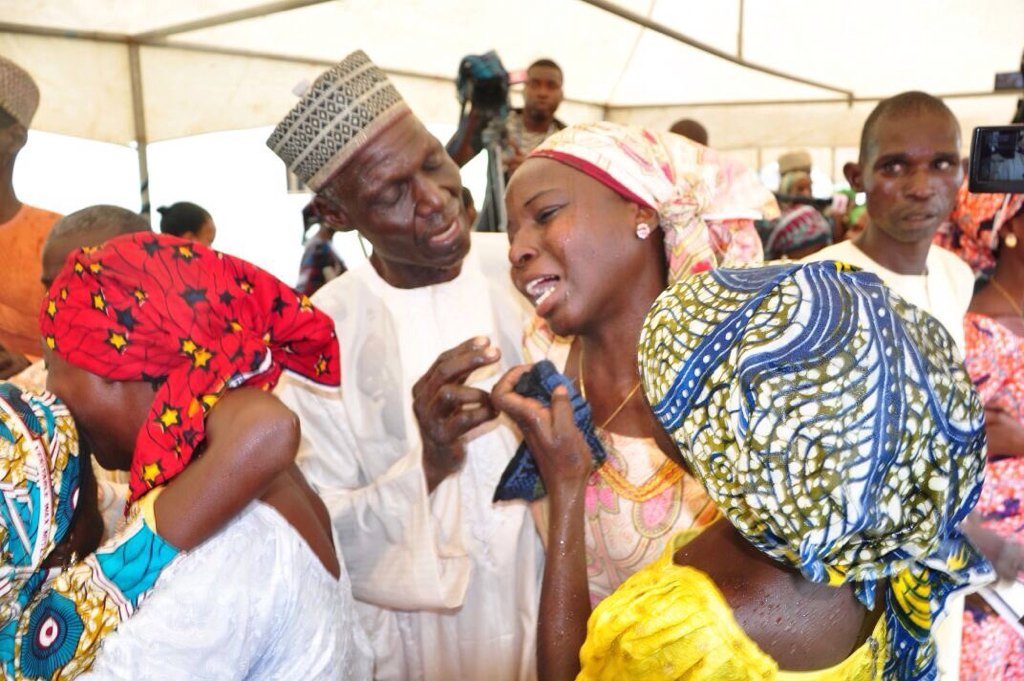 The 21 released Chibok girls reunited with their parents today since their abduction on the 14th of April, 2014. PHOTO: TWITTER/DIGICOMMSNG

As government continues negotiation on the remaining girls, he appealed to the public against making unguarded statements that could truncate the rescue efforts.

Families of the girls left Chibok in Borno state on Friday and arrived in Abuja on Saturday night and were reunited with the girls at the Church on Sunday.

The parents saw the girls for the first time in over 900 days since they were abducted from their Government Girls Secondary School, Chibok.

No fewer than 276 of the girls were abducted and 57 escaped within a week of their abduction.
They were abducted by Boko Haram on 14th April, 2014.

The chairman of Chibok Girls Parents Association, Yakubu Nkenke, had said that the girls had eventually been identified by their parents.

The Chairman of Chibok Local Government, Mr. Yaya Yarakawa, confirmed the identification of all the girls and said those doubting their authenticity “must have sinister motive’’.

He expressed satisfaction with the role played by the government.

“I am travelling to Abuja with all the parents of the freed girls, all of us are here. We are overwhelmed with joy that our girls have been found alive. I cannot talk more because we are approaching security check- points,” he said.

The release of the girls was made possible through a negotiation brokered by the International Red Cross with the support of Swiss government.

President Muhammadu Buhari had also promised the negotiation would continue for the release of those still in captivity.