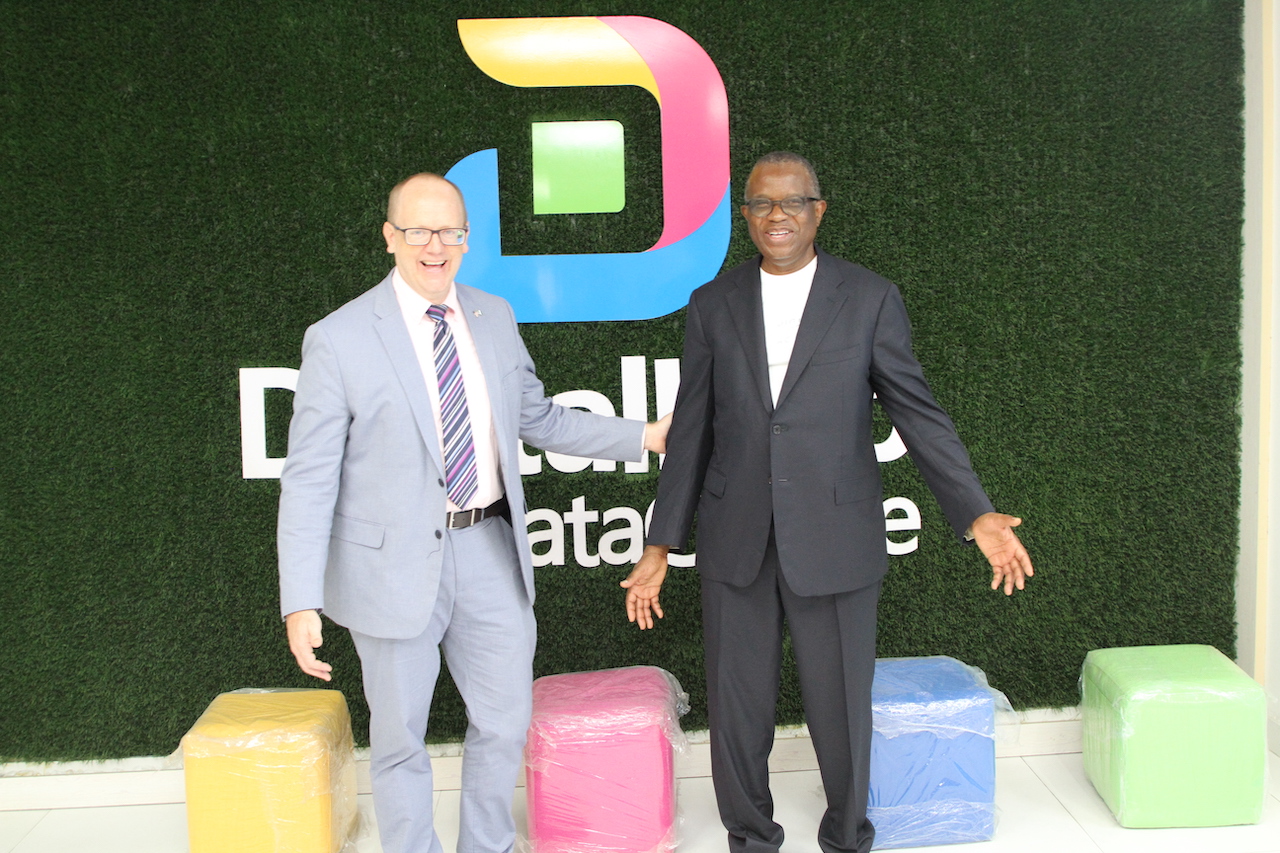 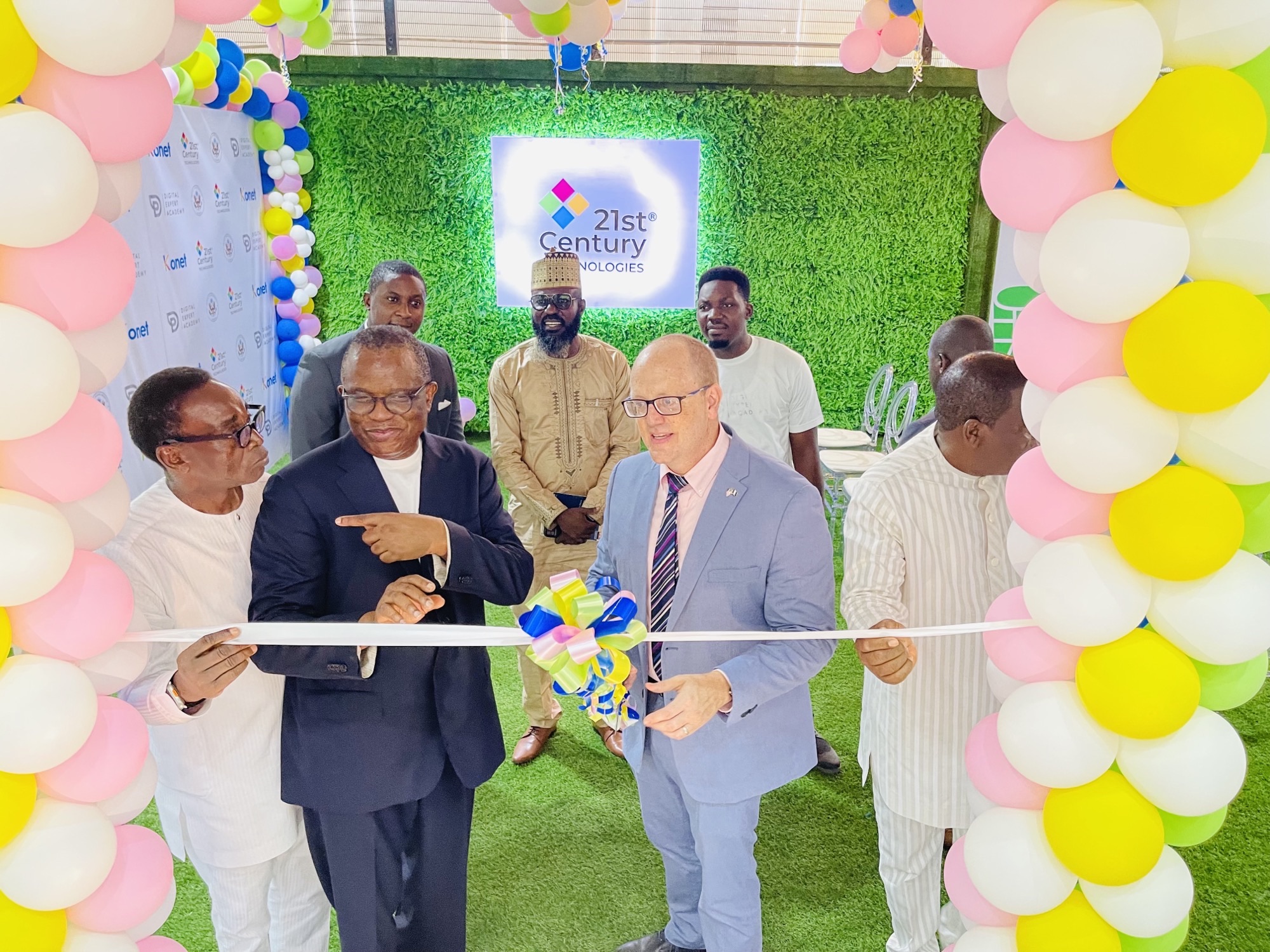 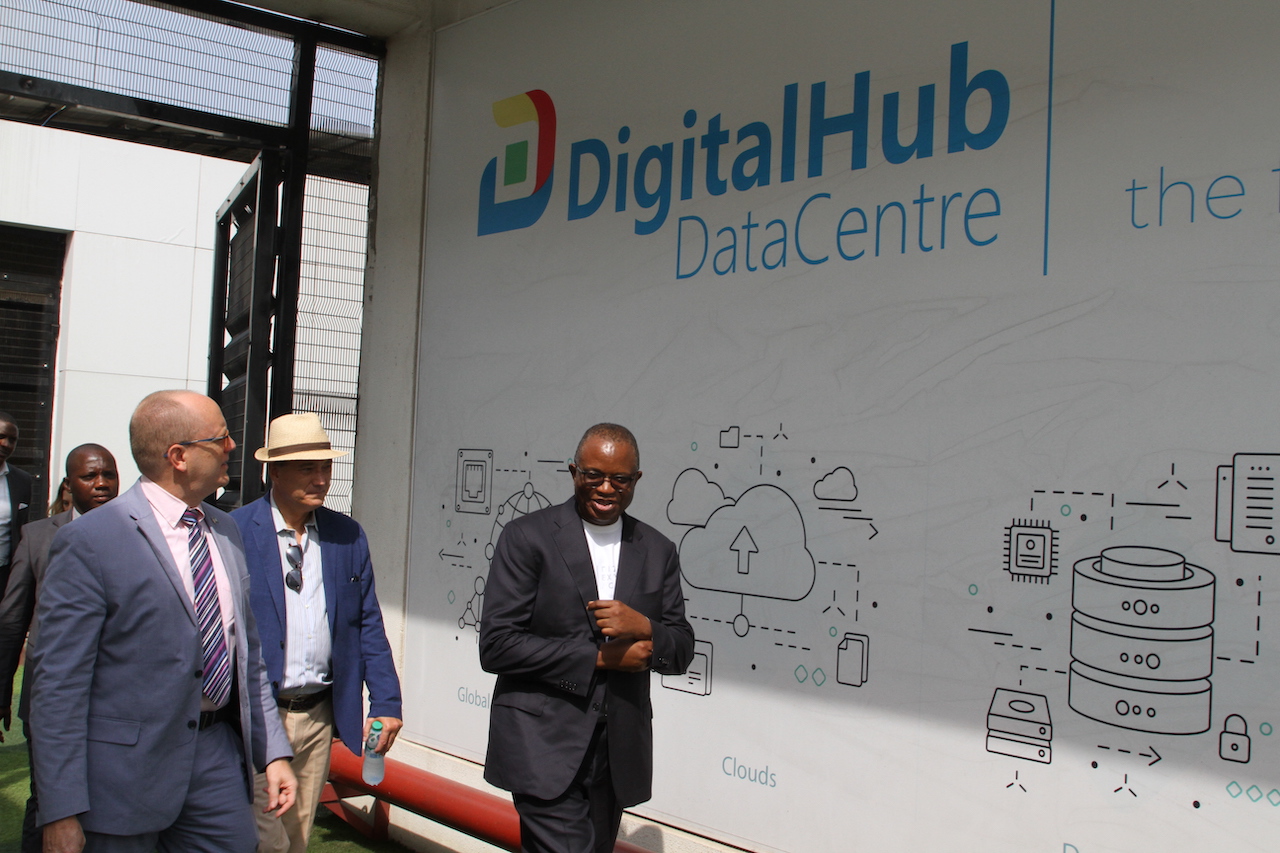 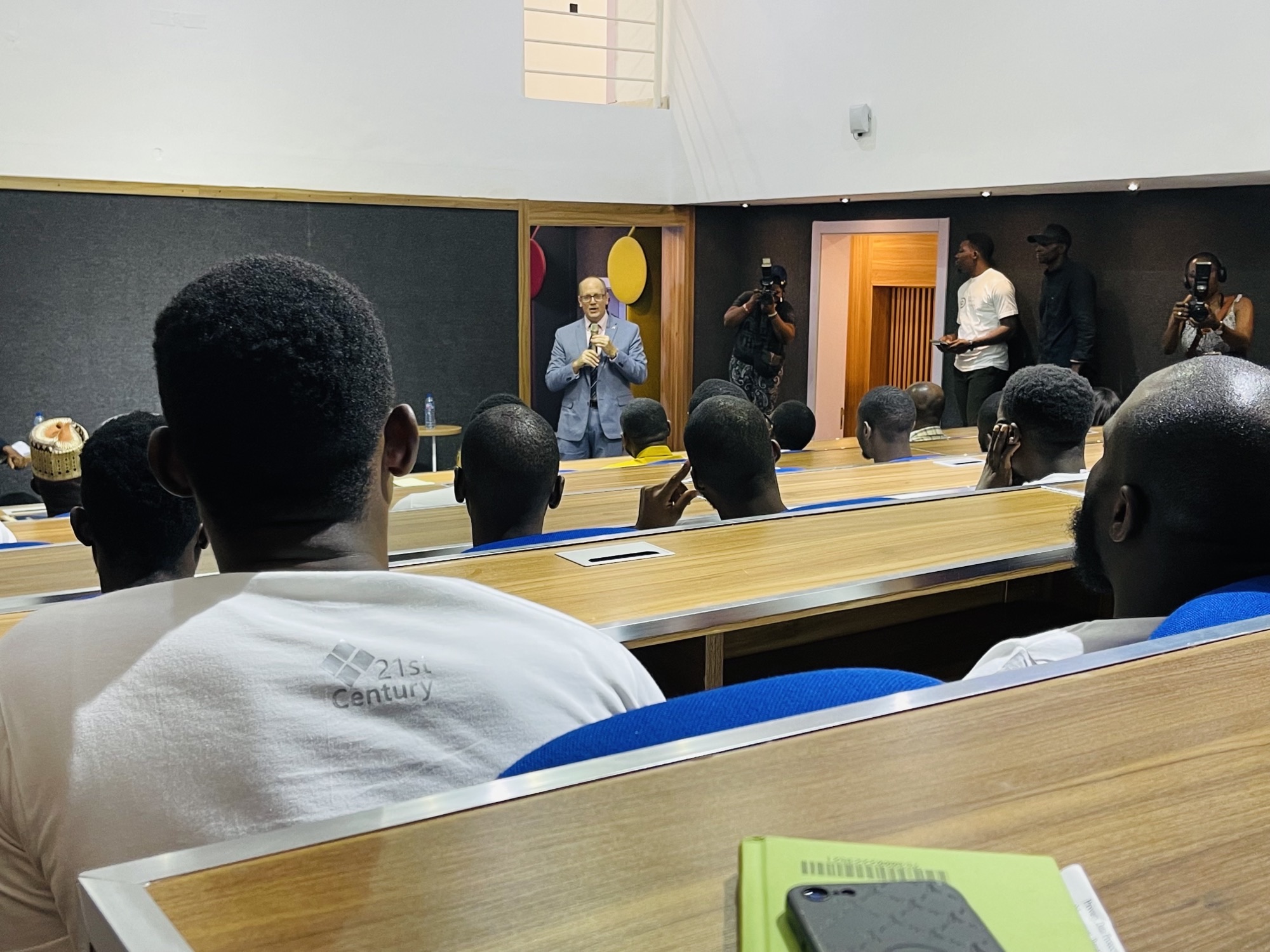 U.S. Consul General Will Stevens speaking with the first cohort of trainees at the Digital Expert Academy during the opening ceremony in Lagos on Monday.

Delivering keynote remarks on the theme “Technology as an Enabler and Tool for Empowerment,” Consul General Will Stevens noted that the U.S. government is committed to supporting programs that provide youth with quality technological learning opportunities. He highlighted the importance of tech skills to Nigeria’s future prosperity and economic competitiveness.

“This initiative is investing in some of Nigeria’s richest resources – its young people,” said Consul General Stevens. “We hope that by developing local talent in tech fields, we help accelerate medium and long-term growth in Nigeria’s and indeed Africa’s digital economy.”

Chairman & CEO, of 21st Century Technologies Group, Wale Ajisebutu, explained that the Digital Expert Academy will help bridge the gap between youth and employers by better connecting young people with the changing needs of the private sector and the skills needed to succeed in the digital economy.

He added that the academy will partner with leading American tech companies such as Microsoft and Oracle to provide trainees with world-class learning opportunities. The academy, he added, is open to youth who are at least 18 years of age with a minimum of a high school diploma.

The U.S. Mission supports Nigeria’s burgeoning tech scene and encourages the creation of the enabling environment necessary to foster a sector that contributes to a more prosperous future for all its citizens.

AMA Press Releases
Mali: Independent rights experts call for probe into Wagner Group’s alleged crimes
8 mins ago
© UNOCHA/Michele Cattani – A displaced family sit in front of their tent at an informal camp in Bagoundié in Mali. New York, USA, 01 February 2023-/African Media Agency(AMA)/ Top UN-appointed independent rights experts on Tuesday called on the authorities in Mali to launch an immediate probe into the mass execution of civilians last year, allegedly by Government forces…
Nigeria
Stakeholders task incoming govt on brain drain in health sector
21 mins ago
Convener, Health Sector Transformation Coalition (HTC), Dr. Jide Idris, and other critical stakeholders in the heath sector have urged the Federal Government to take decisive steps to curb brain drain in the country’s health sector.
Nigeria
Naira swap: What will happen to your old Naira after the February 10 deadline?
22 mins ago
The Naira redesign policy phasing out the old 1000 naira, 500 naira, and 200 naira notes by Nigeria's Central Bank continues to generate uproar across the country because citizens are finding it harder and harder to access the new notes.
Nigeria
Group urges youths to support Sanwo-Olu’s re-election
25 mins ago
The re-election bid of Lagos State Governor, Babajide Sanwo-Olu, has continued to receive a boost, as a non-governmental organisation has urged youths to mobilise support for the governor.
Guardian Life
Dessert: 5 Types Of Pudding Recipes
33 mins ago
A pudding is a type of dessert that can be made from various ingredients such as milk, cream, sugar, flour, and eggs. Puddings can be served in a variety of forms, including custards, mousses, and steamed dishes. They can be eaten as a standalone dessert or used as a topping or filling for cakes, pastries,…

News
American Business Community welcomes U.S. Consul General to Nigeria
26 Aug
On Thursday, the American business community in Nigeria welcomed U.S. Consul General Will Stevens at a reception in his honour in Lagos. American companies representing a variety of sectors attended the event and offered perspectives and insights about their respective industries. In his remarks, Consul General Stevens outlined the United States priorities for strengthening bilateral…