By Marcel Mbamalu, News Editor
Share on Facebook Share on Twitter Share on WhatsApp Share on Telegram
Students say climate change, COVID-19, immigration issues matter First-time voters in Florida want the leanings of candidates Donald Trump and Joe Biden towards Climate Change, Immigration and Environment to determine the outcome of the November 3 Presidential election. The Guardian, in a breakout session with a handful of undergraduates from the University of South Florida,…
1 of 10 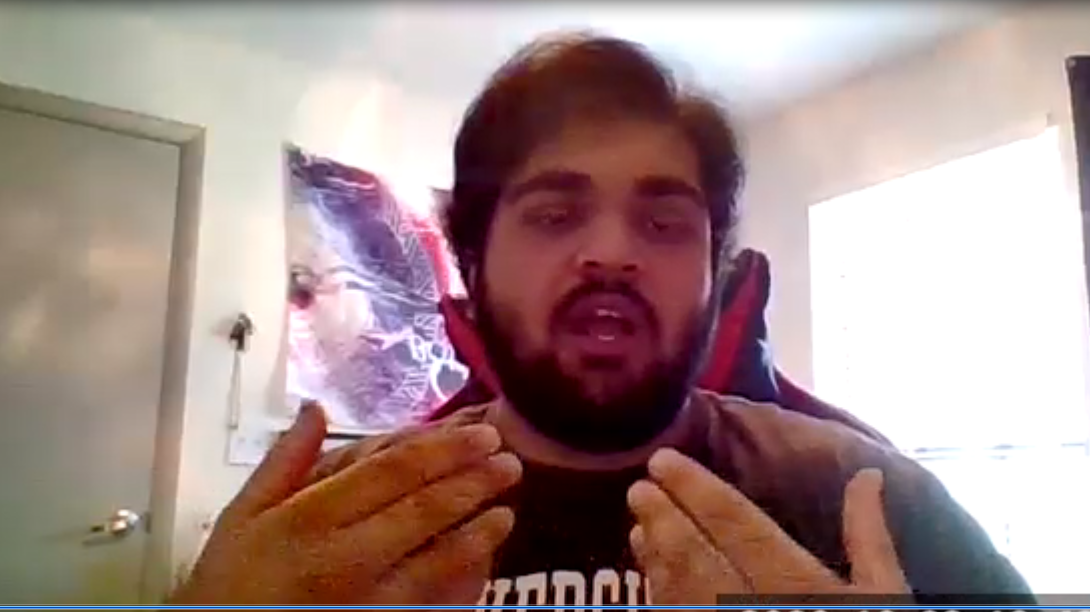 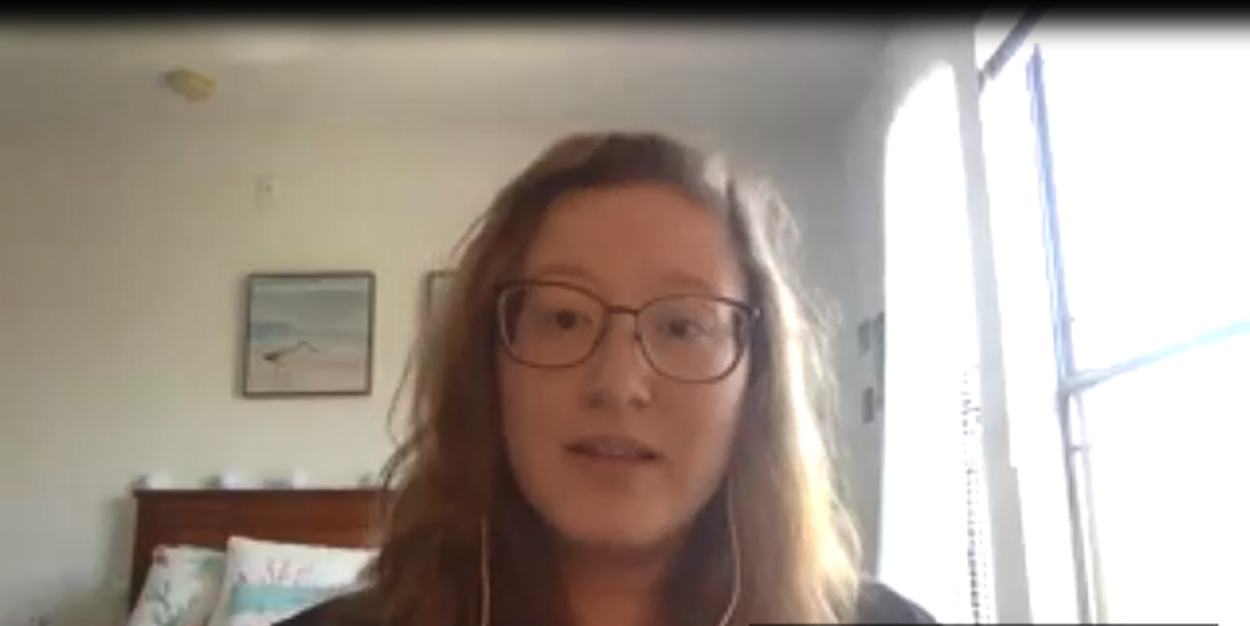 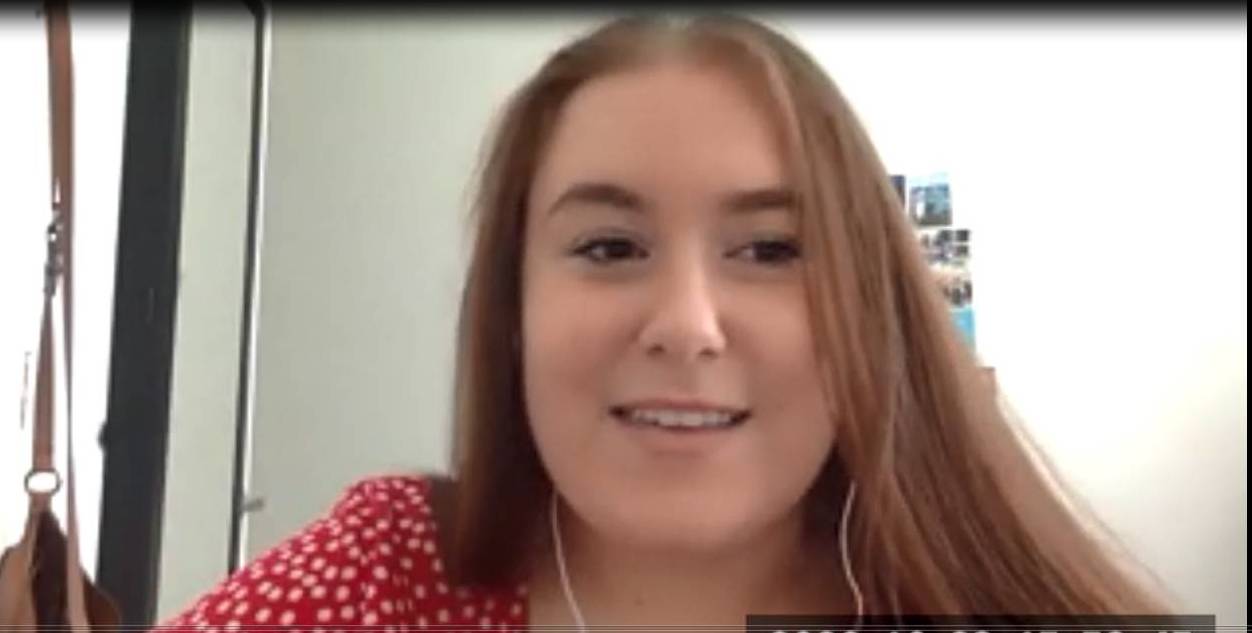 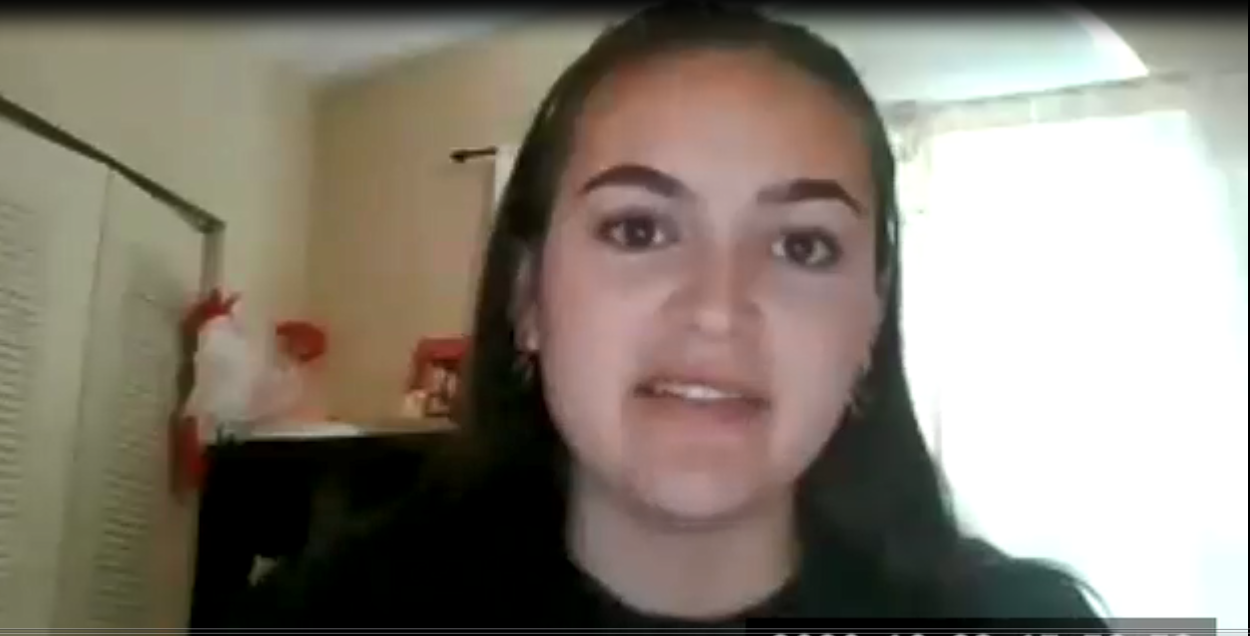 First-time voters in Florida want the leanings of candidates Donald Trump and Joe Biden towards Climate Change, Immigration and Environment to determine the outcome of the November 3 Presidential election.

The Guardian, in a breakout session with a handful of undergraduates from the University of South Florida, Tampa on Wednesday, found that the youths are inclined to voting Democrat’s Biden despite admitting that President Trump of the GOP performed well on economy. They explained that they have little or no choice in both candidates but would prefer Biden to President Trump.

“The Economy is doing well, but it’s not a priority for me; Environment is key,” 20-year-old Shannon MCLaughlin told The Guardian in a virtual chat.

The Guardian is one of the 13 global media organisations currently participating in the 2020 U.S. Presidential Election Reporting Seminar (USPres Seminar), an immersive 12-day seminar for senior journalists to emphasise long-term knowledge acquisition and understanding of American governmental structures, electoral processes, and civil society engagement. Organised by the East –West Centre and steered by MS Liz Dorn as programme coordinator, the U.S. Presidential Election Reporting Seminar will culminate in the coverage of the November 3 election across the 50 states of the country and terminate on December 7.

Kiki Caruson, an Interim Vice President at the Southern University of Florida, who participated in one of the virtual sessions, noted Florida as one of the critical states in the forthcoming election.

She said South Florida University, as research-based institution and hub, has strong bias for medical and health sciences research, the reason it “has tremendous level of international engagement.”

She recalled the latest election polling that placed Biden slightly ahead of President Trump in the state and nationally, and said that winning Florida would determine the electoral college vote. ” Young people are turning out to vote in this election and they are particularly important,” Caruson said.

Saying that the university has over 50,000 students drawn from more than 140,000 countries, Caruson observed that U.S. Presidential candidates pay serious attention to Florida. As one of the critical swing states in Presidential elections, Florida was responsible for the victory of Republican’s George W Bush (Jr) over his Democratic rival, Al-Gore, in the 1992 presidential contest. Alongside Ohio, the state also ensured President Trump’s success in 2016.

Emphasising the importance of swing states and Electoral College votes in the eventual victory of any Presidential candidate, Liz Dorn of the East-West Centre said, “Each of the 50 states is entitled to as many electoral votes as the sum of its representation in the U.S. House and Senate.”

In Florida, 4.5 million immigrants make up more than a fifth of the population, coming from places as diverse as Cuba (23 per cent of Florida immigrants), Haiti (eight per cent), Mexico (six per cent), and parts of South America. In 2018, an additional 2.7 million people in Florida (13 per cent of the state’s population) were native-born American with at least one immigrant parent.

Wallman, who registered as an independent, said she would be supporting Democratic Party’s Biden, because those who support Trump came across as violent. She said Coronavirus would be an important issue in the 2020 U.S elections outcomes.

“I don’t want to die of coronavirus; “Mail-in vote is better,” she said, explaining why she would prefer mail-in voting to “standing 12 hours” to be able to vote. She, however, said she had not been able to get his mail-in ballot, a situation that could deprive her of an opportunity to exercise her voting rights in her country.

Wallman, agreed with her 20-year-old colleague, Mr. Abdullah, who said that Trump had helped to create jobs and improve the economy of the United States but still needed to have done more to win a return ticket to the White House in 2020.

Abdullah, in response to The Guardian’s question, had argued that Trump was good at campaigning on Economy but would be too “money-minded” to deliver on more important benchmarks of Immigration, Environment and social engineering.

ASKED what would he his attitude to the U.S. government should President Trump win popular votes at the November 3 presidential Election and/or majority votes at the Electoral College on December 5, Abdullah said he would still continue to “push for good” at the local level. “Although Trump is still in power, I will still do everything at the local level to bring about change,” said 20-year-old Abdullah.

Abdullah explained that he would be more inclined to voting out Republican’s President Trump than consciously voting in Democrat’s Joe Biden. He said Climate Change and Minimum Wage increase were uppermost on his mind and Trump didn’t appear to care about those. He also expressed delight with Biden’s choice of African American as Vice Presidential candidate. “The choice of African American as VP candidate was strategic. I have listened to her VP debate with Pence (Trump’s VP) and I agreed with some of her points.”

Samantha Schwarz, who had lived in the suburb of Florida, said she did “not agree with what Trump is doing via the Environment, in terms of what climate change can do to the world. There is no way to make it better if Trump remains President.” Schwarz said she was not going to vote for Trump before the COVID-19 pandemic hit the United States but that the pandemic and the way the government managed it was ” like a nail in the coffin.” She said it was “embarrassing how our (COVID-19) case numbers are, with Trump saying we will learn to live with it.”

She explained that she did not have a choice in Joe Biden but would prefer him to the Republican candidate.

FOR Samantha White, “People don’t respect Trump anymore,” it’s going to be a lot of trouble if Trump wins,” the 20-year-old South Florida University, told The Guardian. We need someone who would build a good future for us and not destroy it.”

Another voter, Snow White, who also demanded change, said: “We do not see Science in our government anymore.” She explained that she would be voting for the Democrat’s candidate because she had no better choice. “I’m voting Trump out. I’m not excited to vote for Biden (either); it’s one option. As a second-time voter, I am not still happy, said 22-year-old Snow White.

Like Schwartz, Snow White expressed regrets that the primary election of the Democratic Party that threw up Biden did not give members a better choice of candidate.

Alexis King, another South Florida undergraduate and first-time voter, said she had to cast her ballot for Biden a week ago, as she would want to have a feel of in-person voting, not the mail-in option at her disposal. “I did not want the mail-in voting and I voted for Biden based on (his) Immigration (Policy); the issue was quite important to me, and I really want to see a change. I stand a lot on Black Lives Matter and I joined the protests.”

On how she was able to make up her mind on what issue was paramount regarding the 2020 presidential election, Samantha Cavallaro, whose mum is a teacher, told The Guardian that she relied on social media for information on candidates. ” Coming from a conservative area in Florida, I had to make up my mind after the first Presidential Debate. “The Pandemic is really important to me,” she said in justification of her support for opposition candidate Joe Biden.

World
James Bond fan Fiala named Czech prime minister
19 mins ago
Petr Fiala, who was appointed Czech prime minister on Sunday, is a James Bond fan who entered politics after becoming the country's first political science professor following the fall of communism.
Wellness
How To Treat Hair Dandruff Using Homemade Products
26 mins ago
Our hair is the crown on the head and should be treated as such. Hair dandruff is one of the frequent irritants that attack the hair. This is mainly caused by sensitivity to hair products, dry scalp, seborrhoeic dermatitis, and a type of fungus that lives under the scalp.  Hair dandruff can be uncomfortable and…
Guardian Life
How To Make Corn Porridge
39 mins ago
I bet if I asked you to mention the porridges you know, only yam porridge will come to your mind. Yes, I know the season of corn is over, thankfully, you could get corn meals off the shelves of your supermarket or even the local market. Let’s dive in: Ingredients 1 cup, cornmeal 3 cups,…
Nigeria
Army, police dismiss rumoured clash in Imo
42 mins ago
The Nigerian Army, 34 Artillery Brigade, Obinze, Owerri and the police command in Imo have dismissed social media reports of a clash between personnel of the two security agencies.
Politics
PDP members send SOS to Ugwuanyi over highhandedness
1 hour ago
Members of Peoples Democratic Party (PDP), Enugu South Local Government Chapter, have sent a Save Our Soul (SOS) message to Gov. Ifeanyi Ugwuanyi over highhandedness by the party’s leadership at the council area.

Opinion
COVID-19, managing in crisis times and public administration
4 days ago
The year 2020 would be remembered in the annals of world history as the year that the coronavirus visited the world and transformed every dimension of human endeavors, from eating and greeting habits to administrative frameworks...

Sport
‘Gernot Rohr can’t be sacked without recourse to contract terms’
4 days ago
The Chairman, Senate Committee on Sports and Youth Development, Senator Obinna Ogba, has cautioned sports enthusiasts, who have been calling for the sack of the Super Eagles coach, Gernot Rohr, to exercise some patience.

Energy
Government considers PPP to develop mining sector
4 days ago
The Federal Government may consider partnership with the private sector as part of measures to increase by five per cent, the contribution of the solid minerals sector to Gross Domestic Product (GDP) by 2025.

Nigeria
Doubts as FG plans to reimburse ‘poor’ Nigerians, cancel fuel subsidy
4 days ago
The Federal Government will from next year transfer about N2.4 trillion to about 40 million Nigerians as transportation grants as government begins move to totally remove subsidy on Premium Motor Spirit (PMS).