By Ernest Nzor, Abuja
Share on Facebook Share on Twitter Share on WhatsApp Share on Telegram
As housing remains a big challenge to Nigeria’s growing population, a real estate development firm, Millard Fuller Foundation in partnership with the Selavip Foundation, on Thursday, with determination unveiled zero-interest housing units for low-income earners.
1 of 10 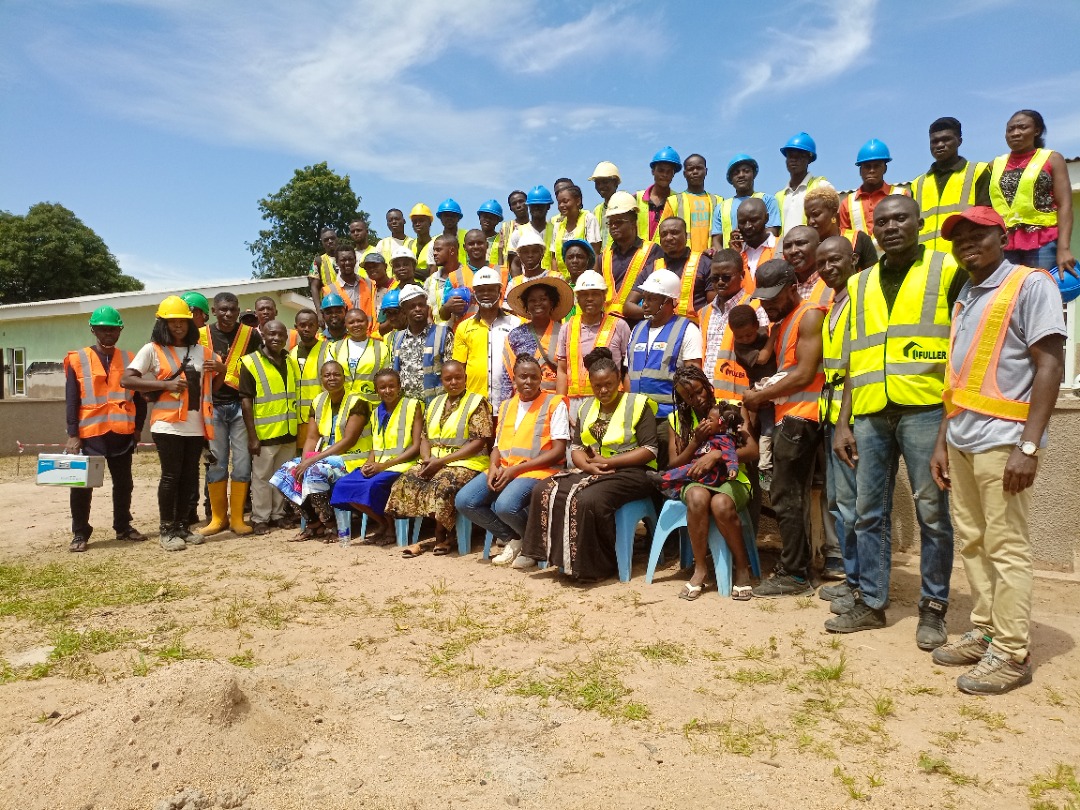 The Chief Executive Officer of the Millard Fuller Foundation, Mr. Sam Odia, (Middle); with beneficiaries of zero-interest housing units for low-income earners, during the unveiling of the new estate. 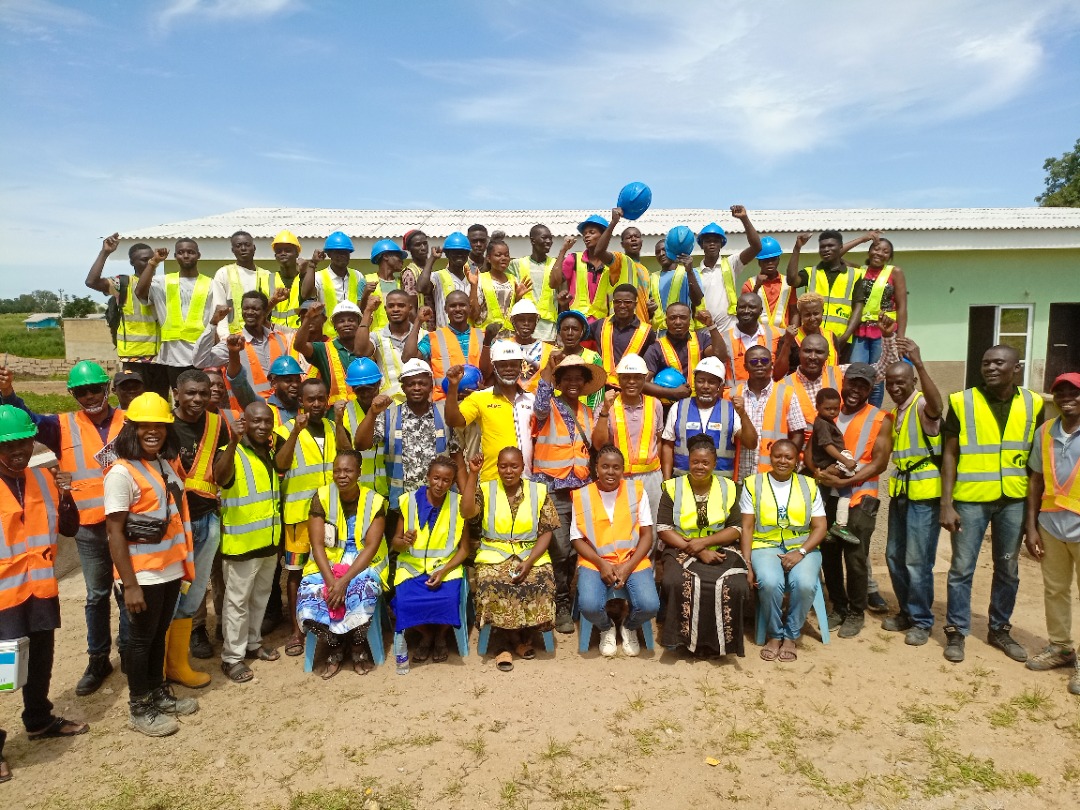 The Chief Executive Officer of the Millard Fuller Foundation, Mr. Sam Odia, (Middle); with beneficiaries of zero-interest housing units for low-income earners, during the unveiling of the new estate.

…. say Nigeria is a country where security is of great concern

…. vows to have roof over heads of low-income earners

It recalled it was out of sheer determination to change the narrative in the housing sector that was why the organisation in partnership took the bill by the horn to embark on the project.

The Chief Executive Officer of the Fuller Foundation, Sam Odia, made this known at the unveiling to mark the 2022 Annual National Day Build, in Luvu Madaki Community of Masaka, Nasarawa State, while unveiling the estate to beneficiaries.

He noted that a total of 40 single-room units in blocks of 4 semi-detached studio flats each were built following the agreement, each with a bathroom & kitchen.

Odia said: “Nigeria is a country where security is of great concern because it’s not security from armed bandits alone, but the security of life. Our desire is to ensure that every low-income earner has a roof over their head.

“We want to ensure that everybody eventually is able to enter his own home where he will not need to be paying money to any landlord”.

He further lamented over the poor infrastructural challenges in housing delivery in Nigeria, he urged the government to come up with solid and sustainable housing reforms and also Nigeria mortgage insurance corporation to boost housing firms and delivery.

In his remarks, the representative of one of the partners of the project, Etex Group, Danladi Mwantok, “Our interest is to see the community grow and community people live well.

“And so when you want to live well you have to live in a good house with shelter, after food the next thing is shelter. So providing shelter for the less privilege is our goal”.

Mwantok also observed that the foundation was established in 2006, Millard Fuller’s foundation since its inception about years ago has contributed immensely to reducing the housing deficits in the country as well as empowering Nigerians.

One of the beneficiaries who couldn’t hide her joy, Mrs Martha Zakkariya, said, “I thank Millard Fuller Foundation because they gave me a house. I will not pay the house rent again. I will live now with my children and husband. Nobody will come and disturb us about house rent again. So I appreciate their support today”.

Another beneficiary, Sunny King Benjamin, prayed for the Millard Fuller Foundation while commending them for doing the work of God.

According to him, “My prayer for them is that God should empower them to do more of this and they should never relent in doing the good work of God.”

World
Protests across China as anger mounts over zero-Covid policy
1 day ago
Hundreds of people took to the streets in China's major cities on Sunday to protest against the country's zero-Covid policy, in a rare outpouring of public anger against the state.
Nigeria
Abuja-Kaduna Rail service starts in 7 days- FG
1 day ago
The Federal Government says train services between the Abuja and Kaduna route will resume within seven day from Nov. 27.
Sport
World Cup riots in Brussels after Morocco beat Belgium
1 day ago
Police used water cannon and teargas after coming under attack from football supporters who brought havoc to the centre of Brussels on Sunday following Morocco's shock 2-0 World Cup win over Belgium in Qatar.
World
Somalia questions foreign 'hostages' found near Al-Shabaab territory
1 day ago
Somali police launched an investigation Sunday after 20 foreigners were discovered near territory controlled by the Al-Shabaab militant group claiming to be fishermen who had been held hostage for years.
Nigeria
Mines: FG averts crude oil mistakes, bans export of raw gold, others
1 day ago
The Federal Government through a recently approved policy has banned the export of raw gold, gemstones and other mineral deposits.

Guardian Life
At my young age, I knew I wanted to be an actress – Rose Okeke
7 Oct
Rose Okeke is a writer, actor and a filmmaker. She is a creator who spent much of her childhood in the United States. She recently won the 2022 James Currey Prize for African Literature, a literary prize in cooperation with the African Studies Centre at the University of Oxford. In this interview with Fehintola Adewale,…

Nigeria
Flooding: Enugu deploys strategies to minimise impact on affected communities
7 Oct
Following the release of water from Ladgo Dam by the Camerounian authorities during the peak of recent downpours, which, unfortunately, caused flooding in parts of Nigeria

Nigeria
Akwa Ibom promises senior citizens protection on national day for elderly
7 Oct
Akwa Ibom State Government has stated its commitment to ensuring that elderly citizens in the state are given full protection from all forms of harmful practices, including undignified treatments.