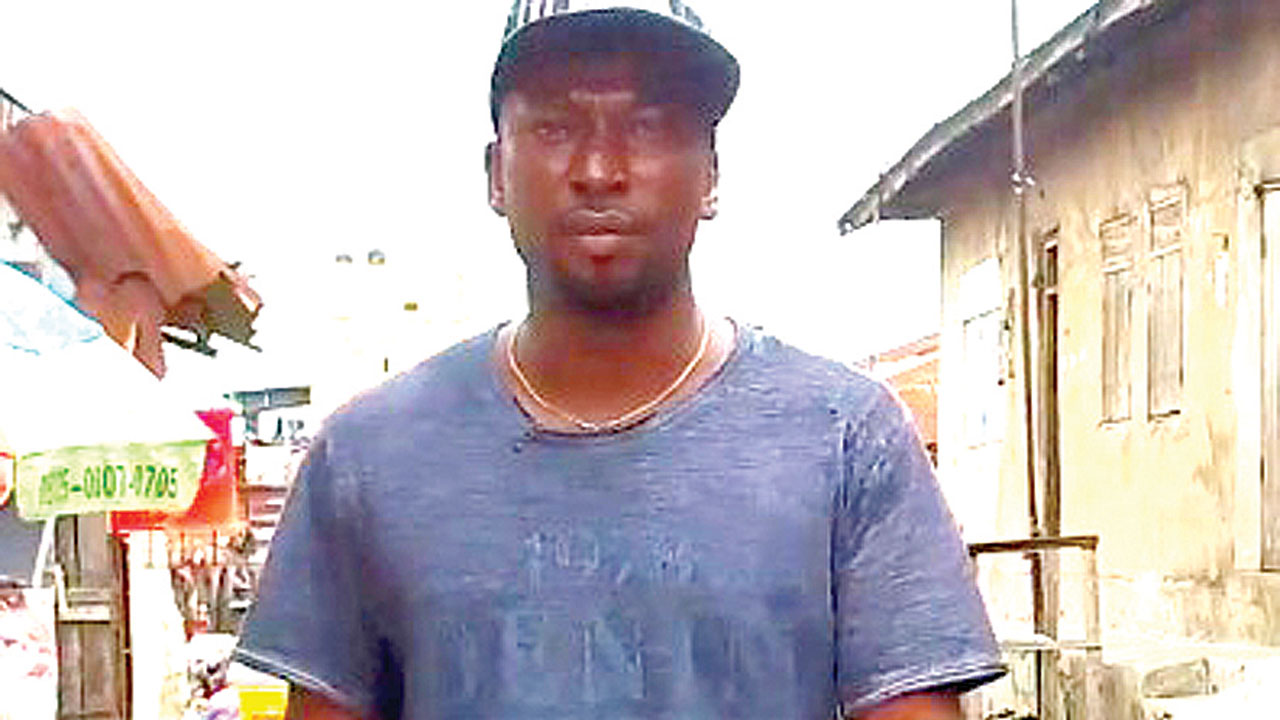 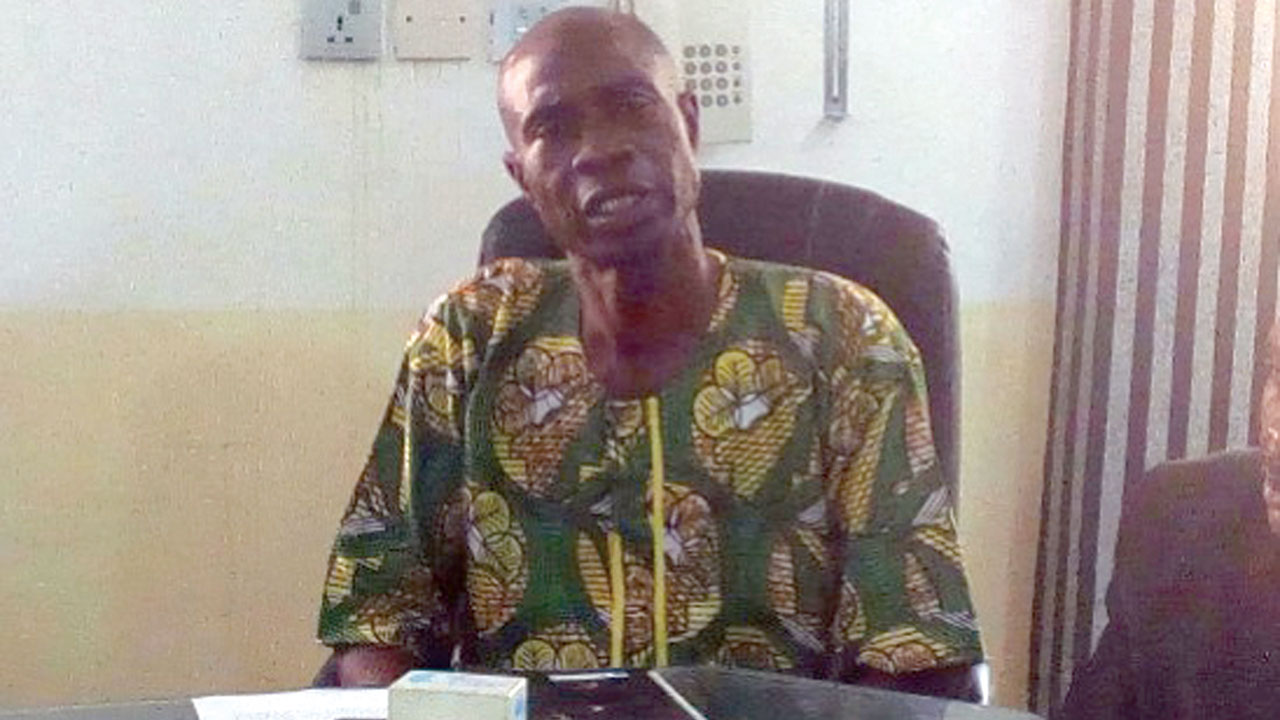 As a teenager, his dream was to play professional football. Williams Owodo, then 16, knew he had the skills and therefore needed to maintain his training routine daily to acutalise his passion. Little did he know that fate had a different plan for him.

On February 1, 1995, in one of his usual evening trainings in Ajegunle area of Lagos, a fight broke out around the neighbourhood where the football field he trains is located. And someone died in the fracas and the Police apprehended him on his way home from football training.

That was the beginning of his travails that culminated in a death sentence. He waited 18 years of harrowing experience for the hangman before he was freed through the providential intervention of the Legal Defence Assistance Project (LEDAP).

x
Accused of murder, Owodo was tortured, tried, convicted and sentenced to death by hanging. But LEDAP launched an appeal against his conviction, which exonerated the condemned ‘criminal’ and validated his innocence.

He reminisced: “I spent nine years in Ikoyi Prison and was later transferred to Kirikiri Maximum-Security Prison, where I spent another nine years. In total, I spent 18 years in prison for an offence I didn’t commit.

“Before the incident happened, my daily routine was to play football every evening in the field with my friends. While playing, a fight occurred and someone got killed. The Police arrested me and asked me to come and make statement at their station.

“I got there and made a statement, but the Police tore it and forced me to sign an already written confessional statement that I conspired to murder the man. “When the torture became unbearable, without even reading the content of the statement, I signed it.”

It was on account of that statement that the Judge convicted him. Following the nullification of his conviction, Owodo was finally discharged from prison on November 13, 2013 after wasting 18 years of his youthful and productive life in wrongful incarceration.

Owodo is not alone. Ganiyu Wahab, 53, then a businessman, was 40 when he had similar experience. He told The Guardian that he spent 13 years in condemned prisoners cell for an offence of murder he did not commit.

He said: “I sell drinks, like beer and others, in cartons. Every year, I organised a party as a carnival for the people that patronised my business in that area. I had done that for about five or six years before then.

“In that particular year, a musician came to perform. Area boys and girls, as well as my customers also came to enjoy themselves, because it held every December.

“There was this girl in my area that had an issue with her boyfriends. Suddenly, two guys began to fight over her and I was inside my shop when someone informed me that people were fighting outside.

“Before I got outside, one of the girl’s boyfriends had stabbed the another one with a small knife. I wasn’t even at the scene. “When the injured guy was shouting for help, I decided to take him to the hospital for treatment. I just helped him. I don’t know him because he was not from my neighbourhood.

“After I took him to the hospital, some hours, they treated him and the next day, the guy died. So, the doctor said I was the one who brought the boy to the hospital and took me to the Police station.”

Wahab said he was offered bail, but because he could not afford the amount of money demanded from him, he was later tortured and made to sign a confessional statement upon which the court convicted and condemned him to death.

He said regarding the day he was condemned to death: “I ran mad! For about two to three months, I wasn’t myself. My children will come to the prison to plead and preach to me, so I could get myself back.

“We didn’t have influential people. Assuming I came from a wealthy family, it would not have been like that. The law of this country deals with poor people.”

The issue of the poor being victims of Nigeria’s death penalty laws formed the fulcrum of the statement issued by the National Coordinator of LEDAP, Mr. Chinonye Obiagwu, as the world marked the World Day Against the use of the Death Penalty, with the theme, ‘Poverty and the death penalty.’

LEDAP used the opportunity to reaffirm its position that the abolition of death penalty in law and practice should be the firm desire of the Nigerian government, describing death penalty as cruel and inhumane treatment, which has no place in modern society.

“The application of death penalty is discriminatory in Nigeria, as it has become a punishment exclusive to the poor in society,” Obiagwu stated, adding that LEDAP was continually in legal battles with the federal and state governments in its quest to ensure that fundamental rights of citizens are safe-guarded and death penalty is abolished.

He stated further: “Currently, LEDAP has at least three actions in court challenging the imposition of death sentences and the proposal of the federal and state governments to execute death row inmates.

“LEDAP urges state governors not to sign any death warrant, as it constitutes state murder. With high number of criminal convictions overturned on appeal, continued execution is risky, as innocent people may be wrongfully killed.

“LEDAP strongly believes that in its practical application, death penalty is discriminatory, as there is hardly any rich or influential person in society who is sentenced to death, because the rich have the resources to settle the Police or afford the best lawyers to ensure they are not convicted.”