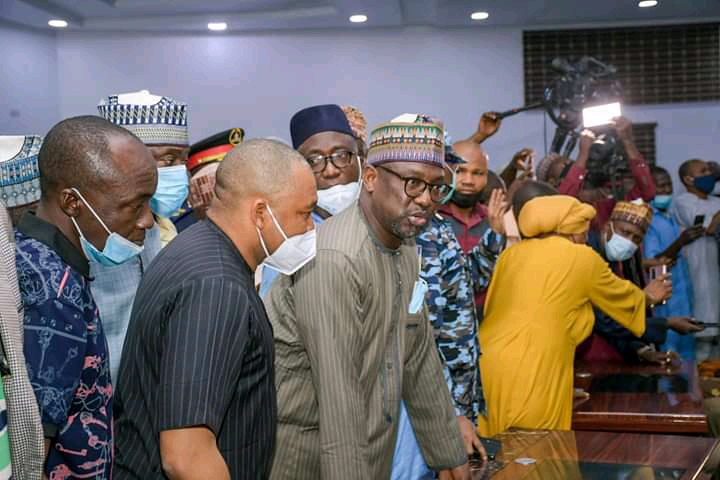 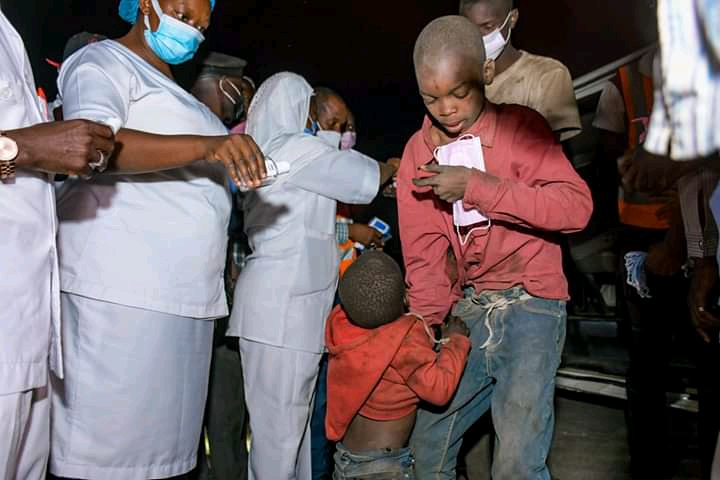 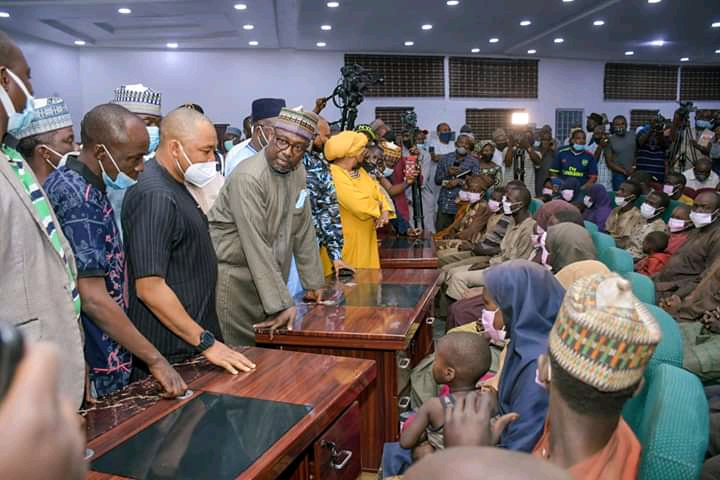 Bello received them at the government house, Minna, two weeks after they were kidnapped by armed men at Kundu village along Zungeru in Niger State.

He hinted that their release followed series of dialogue, consultations, and hard work of relevant security agencies and stakeholders.

“I was delighted to receive the 53… bus passengers who were abducted by armed bandits a week ago,” the governor of Niger State, Abubakar Sani Bello, said in a tweet late Sunday.

It is unknown if a ransom was paid but state representatives have previously said they would not pay any.

“We went through one week of dialogue, consultations, hard work, and sleepless nights because we had to secure their release within the shortest possible time,” the governor’s spokeswoman, Mary Noel-Berje, said in a statement.

The governor stressed that all necessary arrangements have been made to ensure they go through medical check-up and evaluations before they will be reunited with their family members.

The state government however said the students and teachers Government Science College, Kagara abducted in the state are yet to be released.

“The Students of the Government Science College Kagara, are still in the hands of their captives but that everything is being done to ensure their release,” Noel-Berje said.

A plane that was scheduled to take part in a surveillance mission in connection with a possible rescue operation crashed on Sunday near Nigeria’s capital Abuja, killing seven people.

Are you Self-Employed in Equatorial Guinea? (By Pablo Mitogo and Ana Vizcarro Dyombe)
1 hour ago
ENGIE acquires 100 MW Concentrated Solar Power plant in South Africa
1 hour ago
Hapag-Lloyd opens new office in Kenya
1 hour ago
5th for Clarke at the Royal Bernard Drome Classic
1 hour ago
Africa Can, and Should, Decide How to Harness Its Natural Resources especially with Gas (By NJ Ayuk)
1 hour ago
DHL Industrial Projects is on track with a historic move of 676 passenger coaches across continents
1 hour ago
Vodacom Democratic Republic of Congo (DRC) and Mondia launch first-of-its-kind maternal health service in Democratic Republic of the Congo
1 hour ago