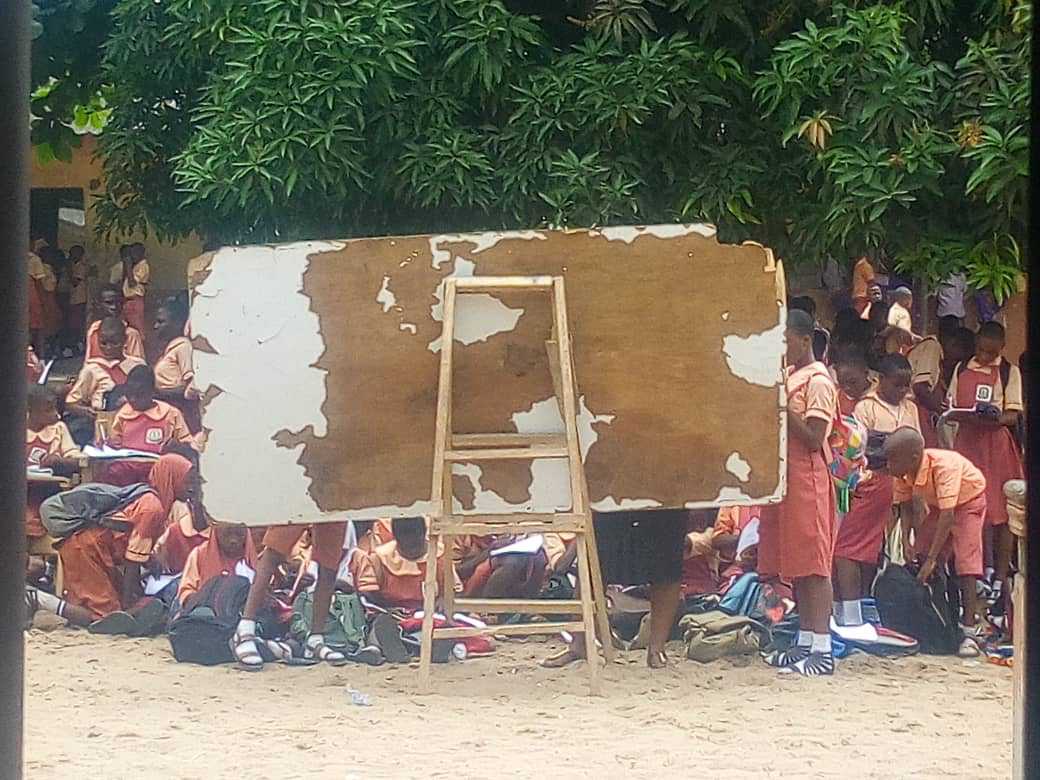 PHOTO: Students sitting on the floor under a tree during classes at State Junior High School Ibereko Badagry Lagos. 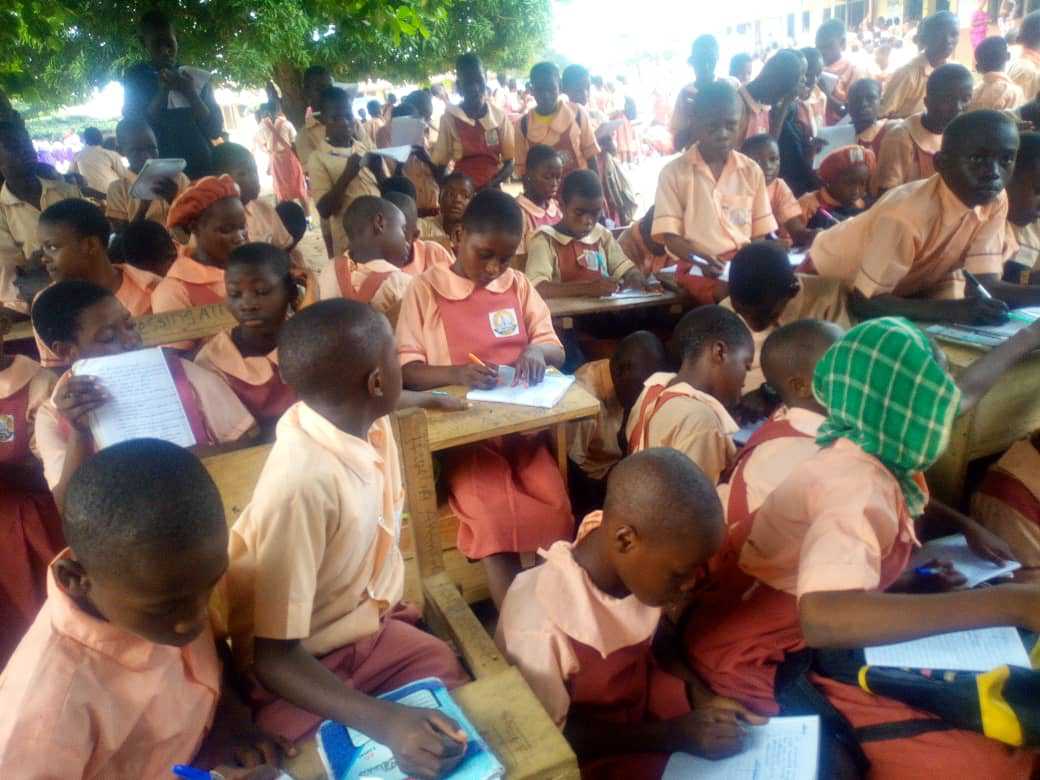 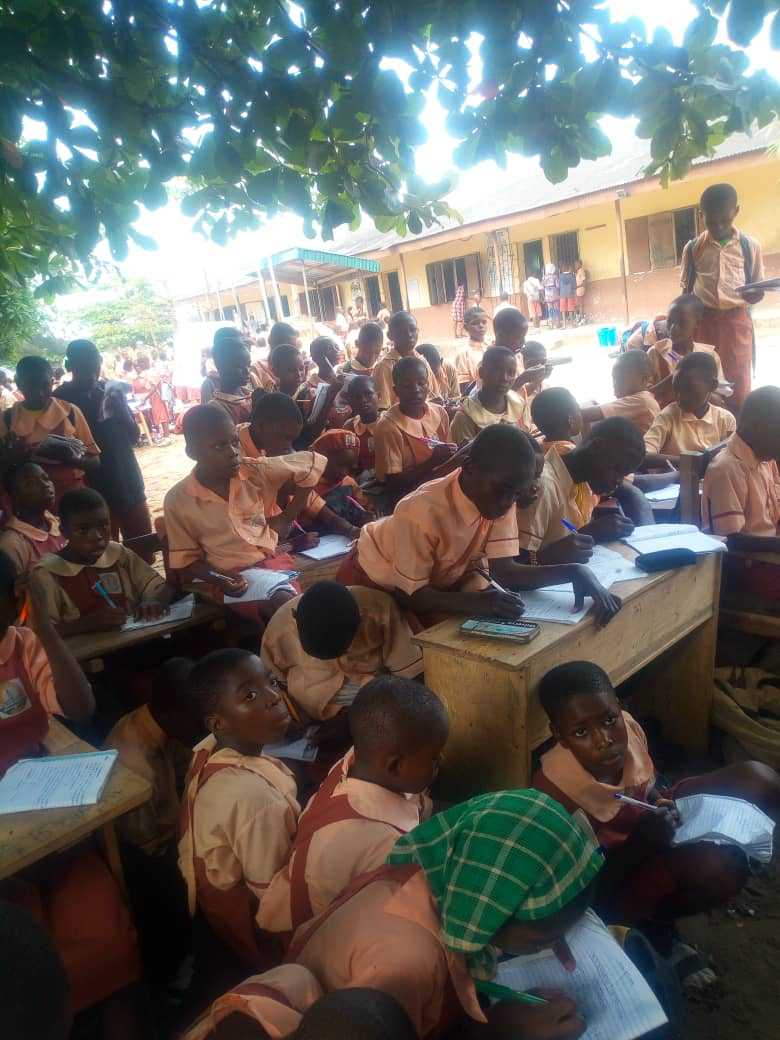 PHOTO: Students sitting on the floor under a tree during classes at State Junior High School Ibereko Badagry Lagos.

It is regrettable to know that a school in Nigeria’s economic capital and one of the country’s richest states Lagos lacks adequate classrooms for students to hold their daily classes.

Barely 16 years into its existence, the school is gradually becoming a shadow of itself as students are left with no other choice than to sit under trees to learn.

“We had three classrooms under the tree as at last week. But it was reduced yesterday to two classes,” a source told the Guardian pleading anonymity.

The source said the situation started in the fifth week of the last term as a result of lack of enough classes to accommodate the students.

The staff of the school are aware of the danger that the children are being exposed to but they can do little or nothing to save the situation, the source said.

The issue has not only left with the students learning under the scorching sun which can make them sick, some of them were also seen sitting on the floor during classes.

The struggle to learn in the school has become more tasking for the students as the only places they have when it begins to rain are the corridors, the source said.

The available classes are also in a terrible state as the majority of them have leaking roofs.

“They run to the corridor to stand since all classes are already full. Majority of the classes are also leaking. No windows and doors also,” the source said.