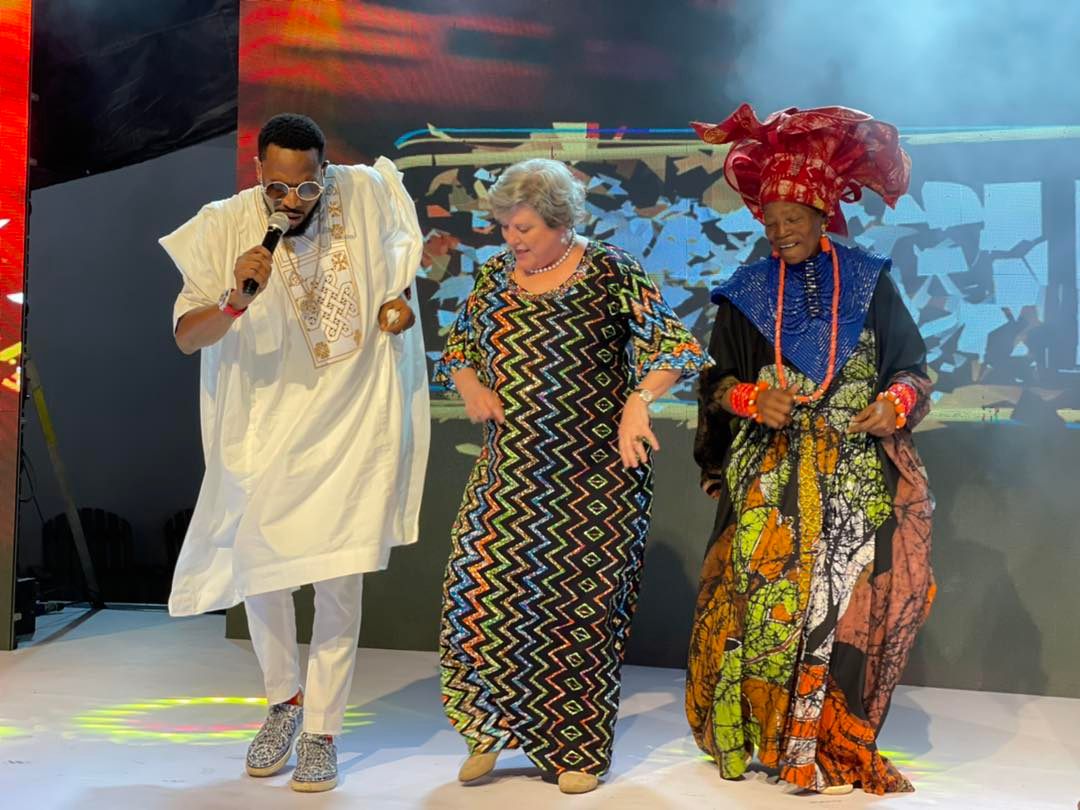 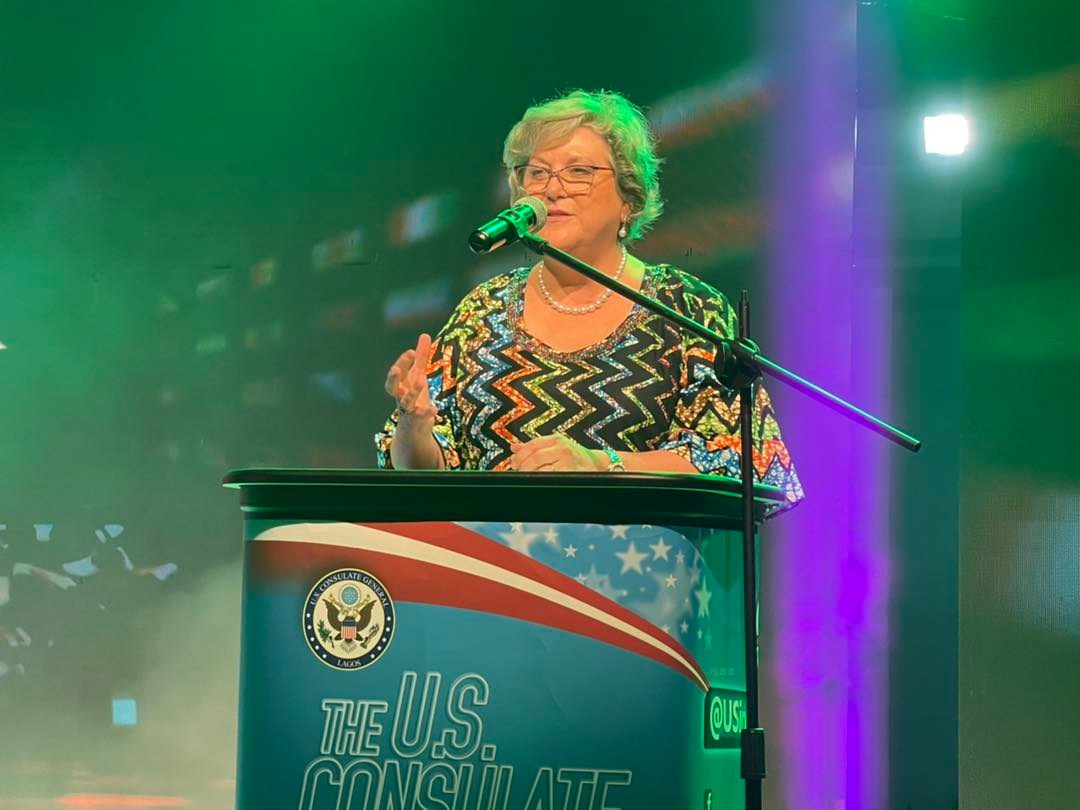 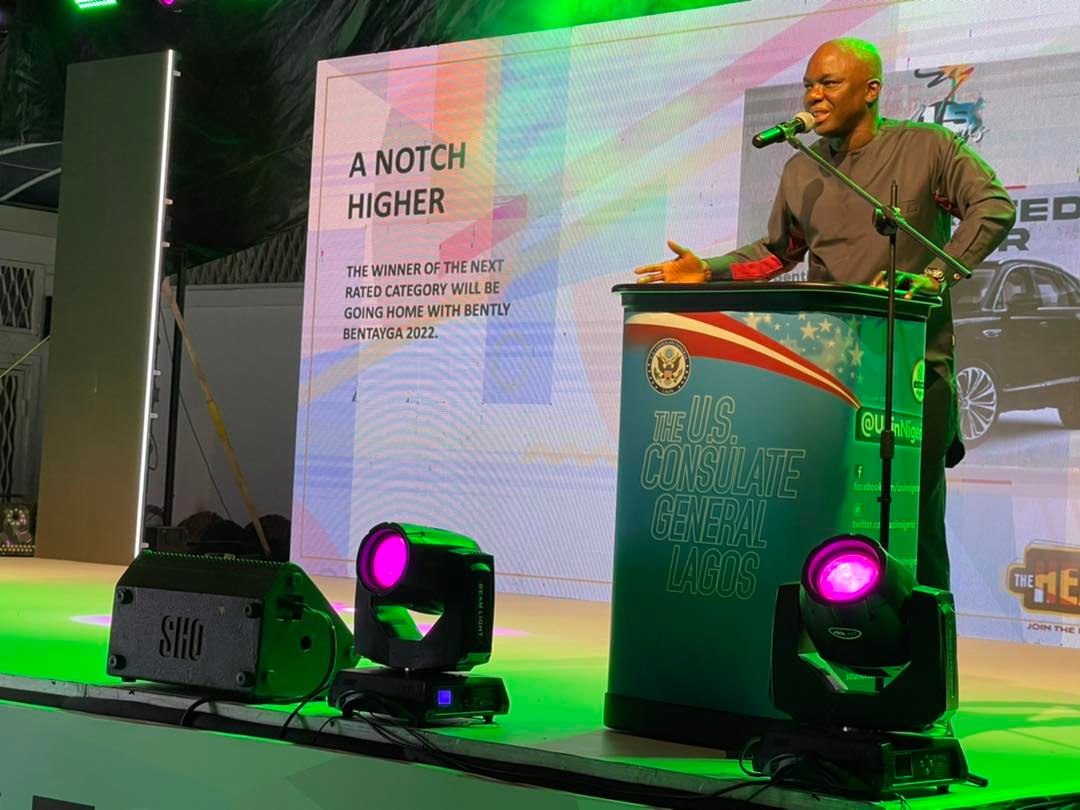 The U.S. government is committed to strengthening the burgeoning U.S.-Nigeria cultural ties through music, arts, film, cultural heritage, and professional and educational exchanges.

U.S. Mission Nigeria hosted a reception on Thursday to honour the 15th Annual Headies Music Awards, which will be held for the first time in Atlanta later this year.

Delivering remarks at the event, Ambassador Leonard applauded the growing ties of the two countries in the creative industry.

“This year’s Headies awards will highlight the growing U.S.-Nigeria ties and the vast potential of Nigerian musicians as cultural exporters to the African continent and beyond,” Ambassador Leonard said.

Ambassador Leonard noted that cultural exchange advances U.S.-Nigeria strategic partnership by forging lasting ties between American and Nigerian artists and shining a spotlight on the vibrant creative community in Nigeria and the United States.

“The U.S. government has long recognized the role of music in diplomacy, with its emphasis on free expression, improvisation, and democratic and collaborative teamwork. Sharing music is one of the best ways to find common ground with people on an exchange program. The appeal of music is truly universal,” Ambassador Leonard added.

In his welcoming remarks, Acting U.S. Consul General Brandon Hudspeth noted that cultural and artistic exchanges are just one way the United States partners with the people and government of Nigeria.

“We continue to explore innovative ways to foster valuable people-to-people connections between our two countries,” Hudspeth said. “The U.S. Mission is honored to partner with the Headies. This year’s Headies Awards will highlight the Nigerian music industry’s creativity and growing global reach.”

Executive Producer of the Headies Music Awards, Ayo Animashaun, noted that it’s the first year the Headies will be held outside of Nigeria. He described Atlanta as home to many prominent hip-hop and R&B artists and their record labels.

“The Headies recognizes outstanding achievements in the Nigerian music industry. Our goal is to continue to support the development of talent and nurture innovation in the music industry,” Animashaun added.

The Public Affairs Sections of the U.S. Mission in Abuja and Lagos support programs that connect American creatives with their Nigerian counterparts. Through these people-to-people connections, the U.S. Mission hopes to foster a deeper relationship between the people of Nigeria and the United States.

Features
Tips for Moving to a New Web Hosting Service Provider
NOW
Changing your web hosting provider can be a hassle, and you might lose critical data if you don't take the proper steps to protect your files. The good thing is that anyone can switch web hosting providers, regardless of the depth of their technical knowledge.
World
Belarus introduces death penalty for 'attempted' terrorism
12 mins ago
Belarus has introduced the death penalty for attempts to carry out acts of terrorism, Russian news agencies reported Wednesday, charges that several opposition activists face in the ex-Soviet country.
Politics
Abia PDP crisis deepens as Abaribe, 10 others reject delegate list
16 mins ago
Senate minority leader, Enyinnaya Abaribe, and 10 other Abia State governorship aspirants, on Wednesday, rejected the list of delegates submitted to the national leadership of the party. The aspirants, who took their protest to the national secretariat, noted that "at the centre of the vexed issues is the obvious manipulation by a tiny segment of…
Features
Honoris United Universities transforms the lives of 770,000+ people across Africa
23 mins ago
Honoris equips >61,000 students with future-proof skills to build rewarding careers solving Africa’s most pressing challenges Honoris is championing digital skills with 10,000 new students enrolled onto its 21st Century Skills Certificate; additional 100,000 students projected to enrol in the next 5 years 80% of Honoris graduates gain access to the job market within 6…
World
Finland PM urges rapid ratification of NATO bid
28 mins ago
Finnish Prime Minister Sanna Marin said Wednesday she hoped NATO members would move "as soon as possible" to ratify Helsinki's application to join the military alliance.

Nigeria
After 38 years, DSS removes Nigerian journalist from watch list
13 May
The Director-General, Department of State Service (DSS), Yusuf Bichi, says the service has removed a journalist, Lanre Arogundade, from its watch list in which his name featured for 38 years.