Only days after the Nigeria Centre for Disease Control (NCDC) claimed that the federal and state governments have been providing free diagnosis, treatment and care for all sufferers of Lassa fever in government hospitals in the country, some survivors and their relatives have punctured the claim.

In fact, some of the survivors and relatives of patients currently on admission at Irrua Specialist Hospital, in Edo State, told The Guardian that aside the drug-of-choice, Ribavirin, they have also had to pay for the cost of blood, feeding, antibiotics, oxygen, dialysis, face mask, hand gloves and some other items, (except at FMC Owo, Ondo State, where these costs have been taken up by the Alliance for International Medical Action (ALIMA). 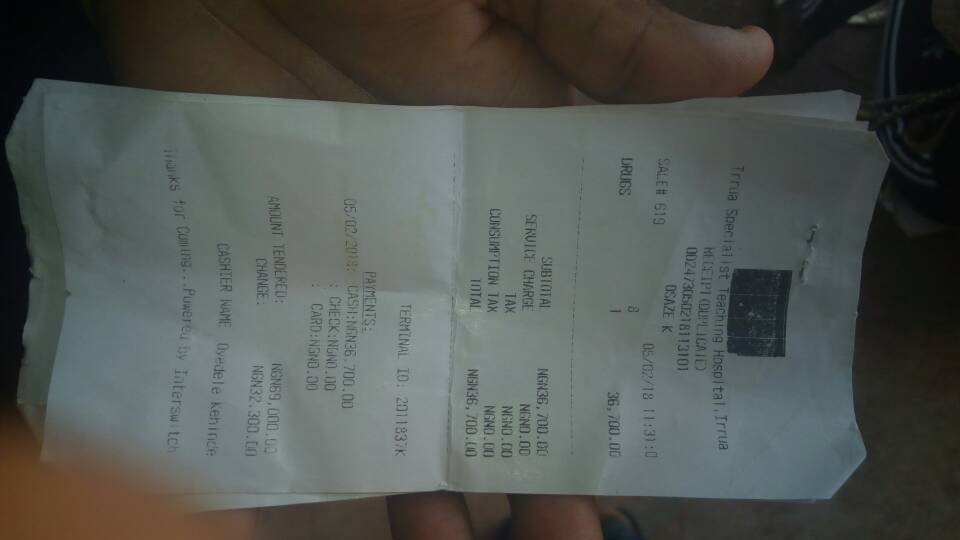 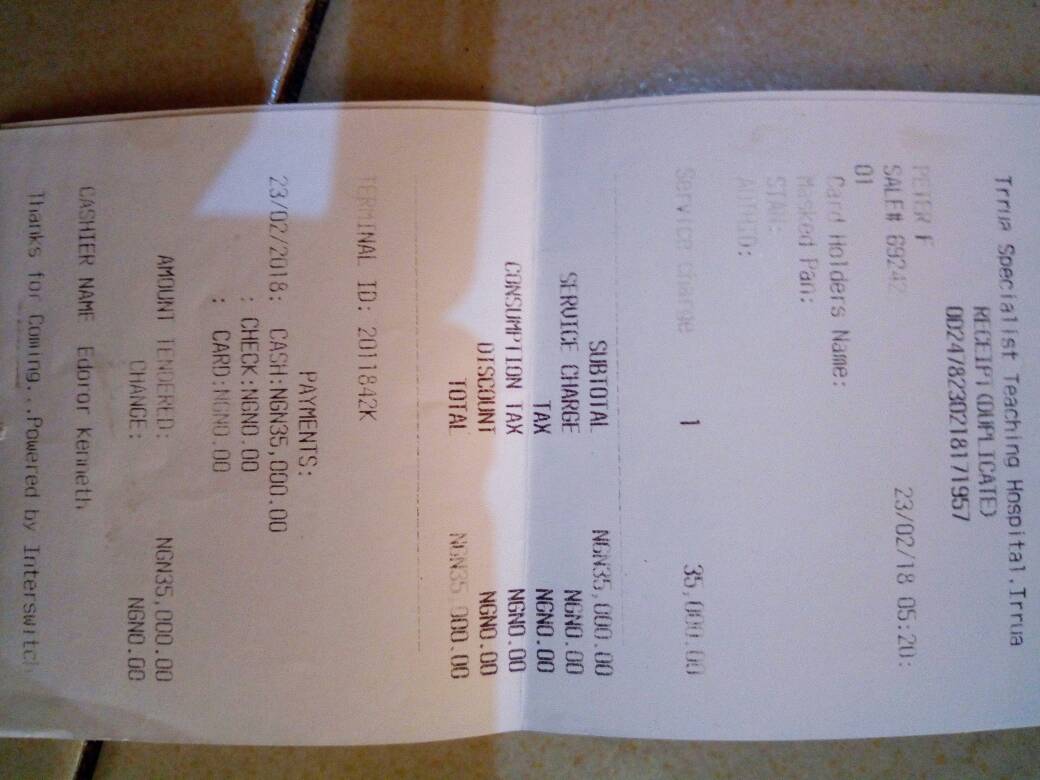 The NCDC Chief Executive Officer (CEO), Dr. Chikwe Ihekweazu, had told The Guardian, “While we acknowledge the high cost of treating Lassa fever cases in Nigeria, especially the cost of the drug Ribavirin, we want to state unequivocally that the Federal Government has ensured that Ribavirin has been provided free-of-charge to patients, for every single case of Lassa fever reported in Nigeria in 2018.

In addition to this, the NCDC has ensured that every state in Nigeria has an emergency stock of Ribavirin and other response commodities available to manage cases.”

Ihekweazu, an epidemiologist also said in addition to Ribavirin, the treatment centres have been provided with other essential commodities required for the prevention, diagnosis and treatment of Lassa fever cases.

He added that the NCDC has rapid response teams, supporting the governments of Edo, Ondo and Ebonyi states for six weeks in all aspects of the response. And, “all three state governments have supported treatment centres with dialysis machines and other equipment necessary for the treatment of Lassa fever patients,” Ihekweazu said.

But an undercover investigation at Irrua Specialist Hospital, reveals that the situation is not what Ihekweazu claimed.

One of the Lassa fever survivours, Fredrick Patrick (not real name) who narrated his experience to The Guardian, was only discharged two weeks ago, from Irrua Specialist Hospital. His hospital number 2011842K can be verified at the hospital).

So, my relations decided that I should be referred to Irrua Specialist Hospital. And on February 3, I was transferred to Irrua. I was semi unconscious at the time I arrived there, but my younger ones told me that I was placed on Ribavirin immediately.

I was given oxygen until after five days when I regained consciousness. I was on Ribavirin for 18 days,” he said.

Patrick said he spent as much as N180, 000 for everything he bought while at the hospital, and copies of receipts/bills made available showed items he paid for to include Metoclopramide injections, Ampiclix capsules, hand gloves, Valium injections, Haloperidol injection, Vitamin B Complex injection, Saline drip, Paracetamol injection, syringes, urine bags, digital thermometer, face mask, among others.

“Apart from Ribavirin, I bought almost all the drugs that I was administered; I paid about N19, 100 for the Lassa pack, bed fee is N1, 000 everyday; meal is N1, 500 everyday whether you eat the food or not.

My younger ones were made to pay N25, 000 for oxygen when I was unconscious, I was given one pint of blood, and had to give the donor N8, 000, and we also paid for the screening. I bought other medical items such as gloves, face mask, drugs and others,” Patrick countered.

At the Federal Medical Centre (FMC) Jalingo, the situation is same as in Irrua. Patients were given Ribavirin free, but they had to pay for other things. Patrick, who was also managed there confirmed this.

He said; “At FMC Jalingo, I bought almost all the drugs by myself. I paid for bed space, as well as, meals and others just like in Irrua. I was buying Rocephin IV injection everyday for morning and night and the cost was N3, 500 for one. So, I was buying two for N7, 000 per day for three days, plus other anti-malaria drugs that I bought.

“At Jalingo FMC, management for Lassa fever is not as comprehensive as what obtains at Irrua. For instance, at Jalingo, they will be giving you Ribavirin without testing your organs to see if the kidney is functioning well, and receiving the drugs. Because Lassa fever or its treatment could affect the organs, especially the kidneys.

Also, they will just discharge you after giving you the Ribavirin when they see you are clinically okay, without carrying out a confirmatory test. But that is not the case at Irrua.

“At Irrua, even though I appeared to be clinically okay, they still went ahead and did a confirmatory test and when the test returned positive for Lassa fever, they couldn’t discharge me. They continued treatment until I was negative before I was discharged.”

Another patient, Osaze Okunbor (not real name), with hospital number 2011837K (which can also be confirmed at hospital), was treated for Lassa fever with his wife and discharged at Irrua on February 1, 2018.

There are other drugs and items that we bought on our own that were not recorded such as Omeprazole, Biofem, which was very expensive. We were given the list and told to go and buy the drugs and our relatives did that while we were admitted,” he said.

A relative of a patient that is still on admission, who identified herself as Ozioma Ibe, said she had to run around to get a loan to buy the antibiotics and other items listed by the hospital.

“They told me that if I don’t get the drugs, my sister’s healing will be affected because she needs to be on the drugs immediately. The money amounted to about N80, 000. I didn’t have the money, so I had to run around to get a loan. Already, I have spent as much as N70, 000, and all the money that I had is finished,” she lamented.

A staff of the hospital, who pleaded anonymity also confirmed what the patients said. According to him, aside the Ribavirin, bed space, feeding, antibiotics, blood, anti-malarial, some investigative fees, oxygen are not free at the hospital, and dialysis is now subsidised to about N25, 000 per session for Lassa patients.

Apart from the false claims made by Ihekweazu, the NCDC, the Minister of Health, Prof. Isaac Adewole, in his twitter handle- @IsaacFAdewole, re-echoed the same claims that Lassa fever treatment is completely free in all government hospitals.

However, Nigerians while reacting to Adewole’s tweet called for an investigation of affected hospitals with a view to finding out if patients were being charged for Lassa fever treatment.

One of the respondent, Abdul Adamu, while reacting to the Lassa fever report in last Sunday edition of The Guardian, with twitter handle @doctoractivist said: “ dear HMOH, this report should serve as an indication to investigate hospitals so as to enable that treatment are indeed free. Speak to patients and relatives independently and establish for yourself through a committee that no one was asked to pay.”

Sylvialita with handle @kaosygal, asked the minister, “What measures has your office put in place to ensure that this treatment is indeed free?”

Sofowora Oladapo with twitter handle @Hsdshow told the minister, “Some of your staff might be collecting a token for treatment, either to buy drugs or consultation fee. As we all know, nothing is free in Nigeria. In every lie, there is an iota of truth. I am sure you’re not everywhere to monitor the daily proceedings of each treatment centre.”

Oyi of Oyo, @Agbata responded, “Sir, maybe this is worth an investigation because obviously there is a gap between the policy and the reality on ground exposed by @guardianNigeria.”

Meanwhile, the latest Lassa fever update from the NCDC on March 11, 2018, says that four more deaths have been recorded from the disease, taking the death toll from 110 to 114. The fatality rate has equally increased from 23.8 per cent to 24 per cent in 19 states.

From the report, about 1, 386 suspected cases have been recorded since the onset of the disease this year. Of these, 365 cases were confirmed positive, nine cases as probable, 988 cases were negative and 24 cases awaiting lab results. Kaduna State has reported one new case.