By Editor
Share on Facebook Share on Twitter Share on WhatsApp Share on Telegram
Hwange National Park is the new safari hotspot in southern Africa. With the downturn of the Zimbabwe economy, the embattled national park fell off the list of favourite safari destinations for a number of years but revitalised and re-energised through the concerted efforts of conservation organisations, Hwange is a safari gem waiting to be discovered. 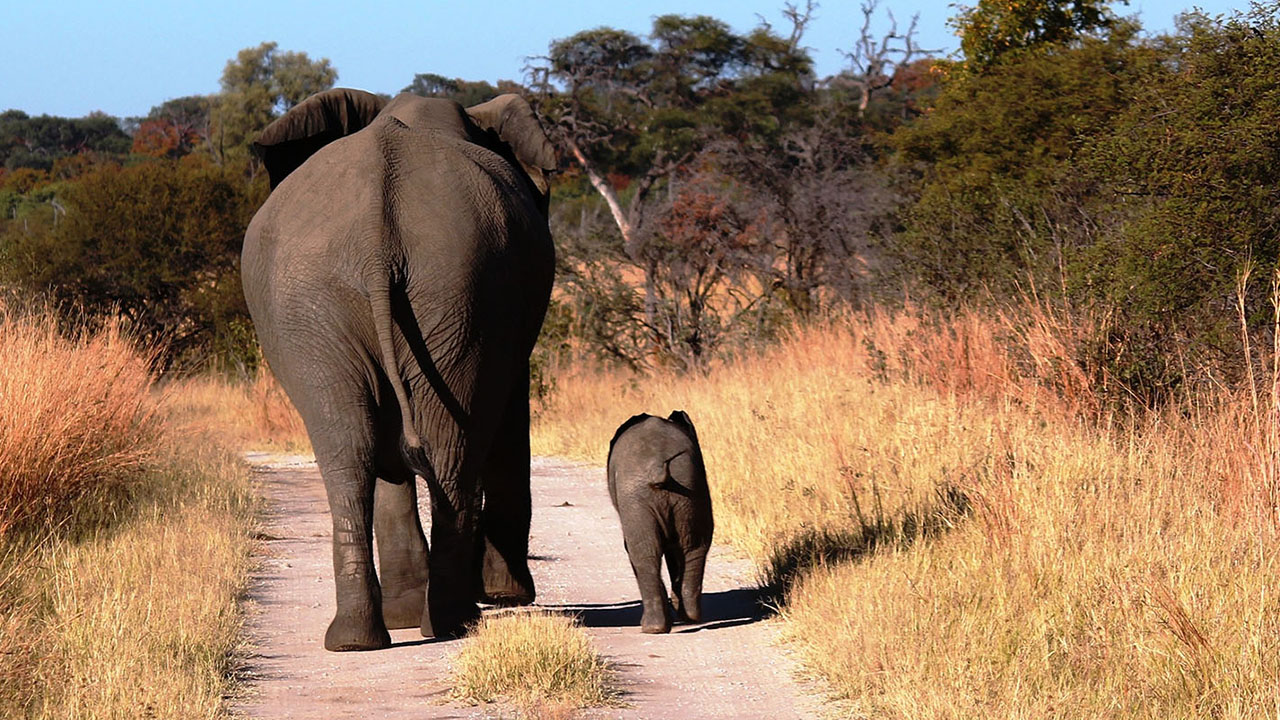 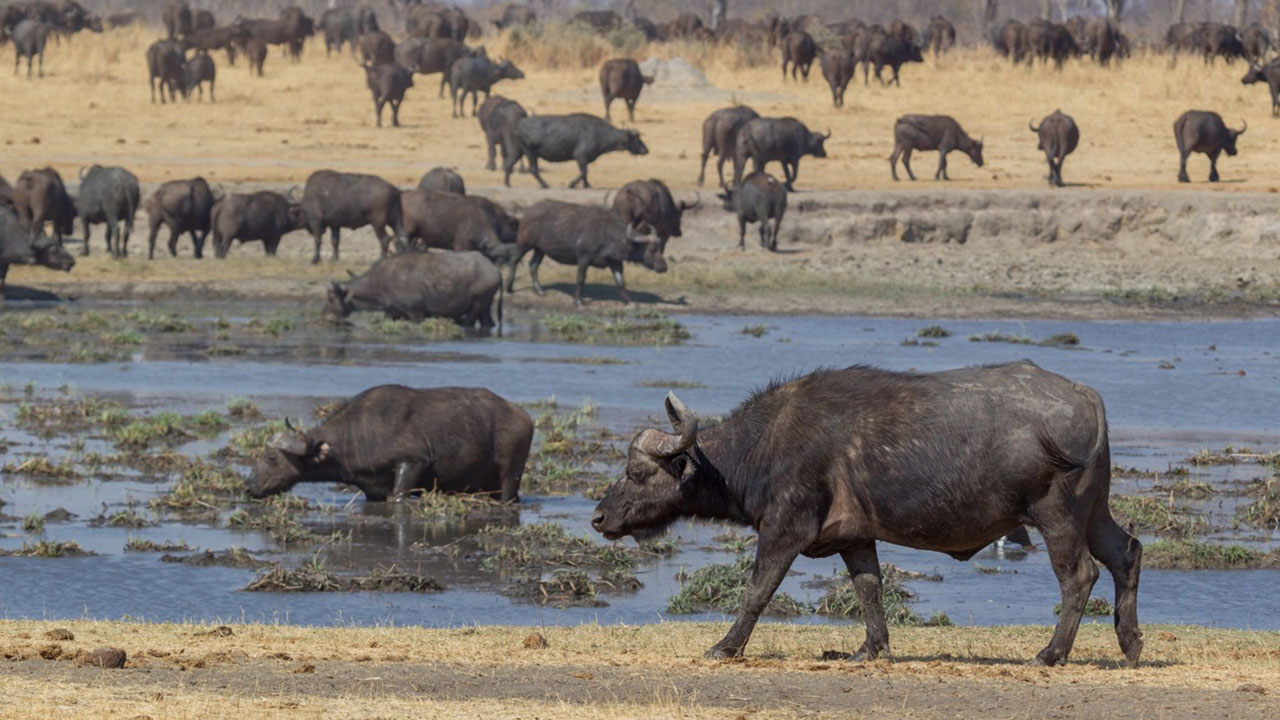 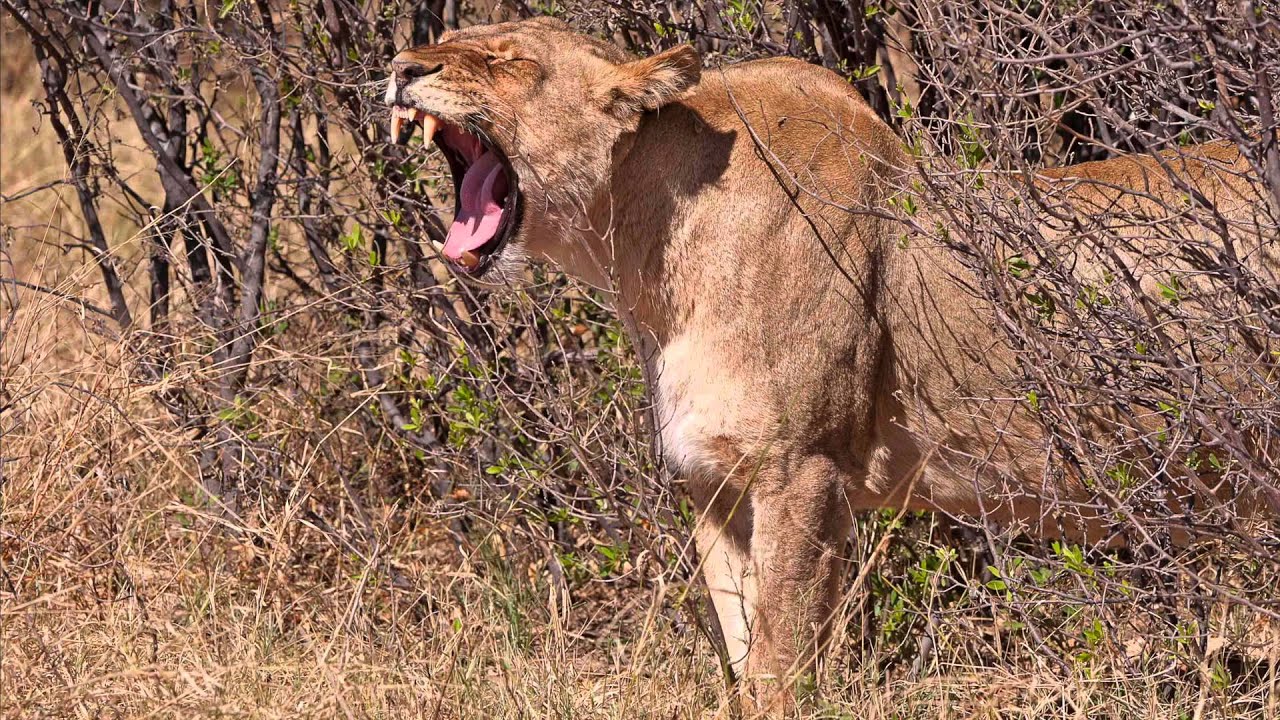 Hwange National Park is the new safari hotspot in southern Africa. With the downturn of the Zimbabwe economy, the embattled national park fell off the list of favourite safari destinations for a number of years but revitalised and re-energised through the concerted efforts of conservation organisations, Hwange is a safari gem waiting to be discovered.

For a fraction of the cost of the more famous Big 5 safari destinations in Africa, you can enjoy an incredible wildlife experience, pristine bushveld in a remote region and luxury safari lodges without the crowds.

Pronounced ‘’H-wang-ee’, the national park is the largest protected wildlife reserve in Zimbabwe, covering an area of 14 600 square kilometres. Hwange lies in the north-western corner of Zimbabwe, near Dete on the main road between Victoria Falls and Bulawayo.

Hwange National Park is less than 1.5-hours’ drive (100 kilometres) from the town of Victoria Falls and many visitors combine a holiday to the Big 5 safari destination with a tour of the mighty falls, which is a UNESCO Heritage Site and one of the Seven Natural Wonders of the World.
We love the remoteness and exclusivity of Zimbabwe’s oldest and largest national park. Here are 10 reasons why you should put Hwange on your list of safari places to visit in the future.

Film
'Bridgerton' Season 3 Will Focus On Penelope And Colin
1 day ago
Bridgerton lovers will watch the love story between Penelope Featherington and Colin Bridgerton unfold in the show's third season.  The new plot for season three takes a different turn from the book series. The book's third novel focuses on Benedict Bridgerton and the surprising love he finds. The film's new plot was confirmed by Penelope actress…

What's New
Britney Spears' Fiancé Thanks Fans For Support Following Miscarriage
1 day ago
Britney Spears' fiancé Sam Asghari has thanked fans for the support they received after they announced her miscarriage over the weekend. In his post on Instagram, Asghari shared that he and Spears are still working on expanding their family despite the loss of their child. He wrote “We have felt your support. We are taking…
Wellness
Would You Rather Cycle Than Jog To Loose Weight?
1 day ago
Did your friend lose a lot of weight by jogging every day, and you were inspired to do this too? Was it your other friend who flaunted her toned legs by cycling every day, and you want to do the same? Jogging and cycling are two popular exercises that people enjoy. So, which is more…

Love and Relationships
Here's Why You Should Cuddle Anytime It Rains
1 day ago
If there's one thing we love about the rainy season, it's the unlimited cuddles it guarantees.  While staying in bed with your blanket tightly wound around you may sound like a great idea, an even better idea is cuddling your partner under those warm or heated blankets.  Even more exciting is realising that cuddling does…

Music
Jhello Releases Debut Single "Say Something"
2 days ago
Upcoming artiste, Jhello (real name: Chukwudubem Agbo), releases his debut single “Say Something”. The song which promises to take you on a ride with its stellar production reveals one thing: Jhello is ready to take on the music industry. In “Say Something,” Jhello expresses his desire for the woman of his dreams. She makes him…

Music
Travis Scott Makes First Televised Performance Since Astroworld Tragedy
2 days ago
Travis Scott made his first live televised performance since the 2021 Astroworld tragedy at the Billboard Music Awards on Sunday.  The rapper performed his songs Mafia and Lost Forever in his first televised performance since the Astroworld festival tragedy last November that left 10 dead and hundreds injured. Scott was introduced by BMA hosts Sean "Diddy" Combs and French…

Music
Victony… Confident Vibes Of A Musical Outlaw
4 days ago
When you hear the word ‘Outlaw’, it literally translates to someone who is a fugitive of the law. However, for Victor Anthony, professionally known as Victony, this rather outdated word represents something deeper. For the young maverick, it represents an audacious outlook on life itself; an endless mission of sacrificing societal standards on the altar…

Music
Gospel Artist; Kay Wonder Releases New Video “Wall of Jericho has Fallen”
13 May
Nigerian gospel minister, songwriter; Kay Wonder is here again with another mind-blowing, spirit-filled song and video tagged “Wall of Jericho Has Fallen” a song which he composed through the inspiration of the Holy Spirit.

Music
How music got me from age of nine – Zilly Tiger
13 May
One of the greatest discoveries in life is to find one's purpose as early as the word get go. It creates a sense of direction and builds wall against wrong convictions and counsels. Italy-based Nigerian singer, Oguro Ibos, popularly known as Zilly Tigers, was lucky to have found his own reason for existence as early as when…

Film
Johnny Depp Will Not Return As Jack Sparrow
2 days ago
Johnny Depp will not make a return as Captain Jack Sparrow in the Pirates of the Caribbean movie franchise. This news comes at the peak of Depp's defamation suit against ex Amber Heard.  Confirming Depp's removal from the franchise, producer Jerry Bruckheimer affirmed that Depp would not be included in the scripts for the new addition to…

Film
From American University, Honour For Nollywood’s Charles Granville
4 days ago
Notable Nollywood filmmaker and entrepreneur, Charles Granville, has been selected amongst a few other Africans to receive an honorary doctorate degree by Highstone International University, California, United States.

Opinion
To be at your best in 2022
3 Jan
Big congratulations to you, my dearly beloved readers - my ever faithful friends and fantastic fans, to be alive, hale and hearty to witness the beginning of yet another year.

Opinion
Rest in peace Desmond Tutu
3 Jan
When the battle against the sinister force of apartheid in South Africa which was dismantled with the emergence of black majority rule led by Madiba Nelson Mandela in 1994 is told, one name will forever remain prominent.

Opinion
Security, role of media in Nigeria’s democracy
3 Jan
The democratic structure of the Nigerian state has benefitted from the massive inputs of the Nigerian media for its survival and development.

Sport
More players arrive as Eagles begin training in Abuja
3 Jan
More players joined the Super Eagles’ camp yesterday, as the team had its first training ahead of the Cameroun 2022 Africa Cup of Nations.

Sport
Brown Ebewele… His unfulfilled dream for Nigerian junior athletes
3 Jan
On the last day of competition at the 2021 World U20 Athletics Championship held in Nairobi, Kenya, Brown Ebewele looked at the medals’ table displayed on the scoreboard inside the Moi International Stadium and nodded his head repeatedly with a smile.

Features
‘Development of livestock value chain will save N30b yearly’
3 Jan
Despite the current 10 per cent local content in milk production in Nigeria and with the dogged resolve by relevant collaborators, the livestock subsector has a very bright future and will, within the next few years...