By Yvonne Ejiofor
Share on Facebook Share on Twitter Share on WhatsApp Share on Telegram
The most beautiful cities in Nigeria are widely spread among the six geopolitical zones in the country. Away from the chaotic sight that the country has often been painted by the media, the most populated African country, Nigeria has a number of developed cities with breathtaking landscapes. Some say beauty is in the eye of the beholder,…

The most beautiful cities in Nigeria are widely spread among the six geopolitical zones in the country. Away from the chaotic sight that the country has often been painted by the media, the most populated African country, Nigeria has a number of developed cities with breathtaking landscapes. Some say beauty is in the eye of the beholder, but no doubt these cities are the most beautiful in Nigeria.

Most times Nigerians travel out to see the world, visiting beautiful, breathtaking places in other countries and continents. It can be such an amazing thing, being a tourist. However, we also have some amazing places in this beautiful country of ours that we can visit.

It is understood that reasons like fear or lack of proper care of these places can prevent the influx of tourists to major attractions, but that doesn’t reduce their uniqueness.

located in Abuja, Jabi Lake is a major tourist attraction in the capital city of Nigeria. Jabi Lake can offer an inexpensive experience for young people, families, and couples. You can take a break from your everyday routine in the Jabi Lake Park. If you like shopping, then Jabi Lake Mall is a place for you. It`s the latest addition to the fantastic scenery of the Lake for the most beautiful cities in Nigeria.

Here are ten amazing places you should totally visit in Nigeria: 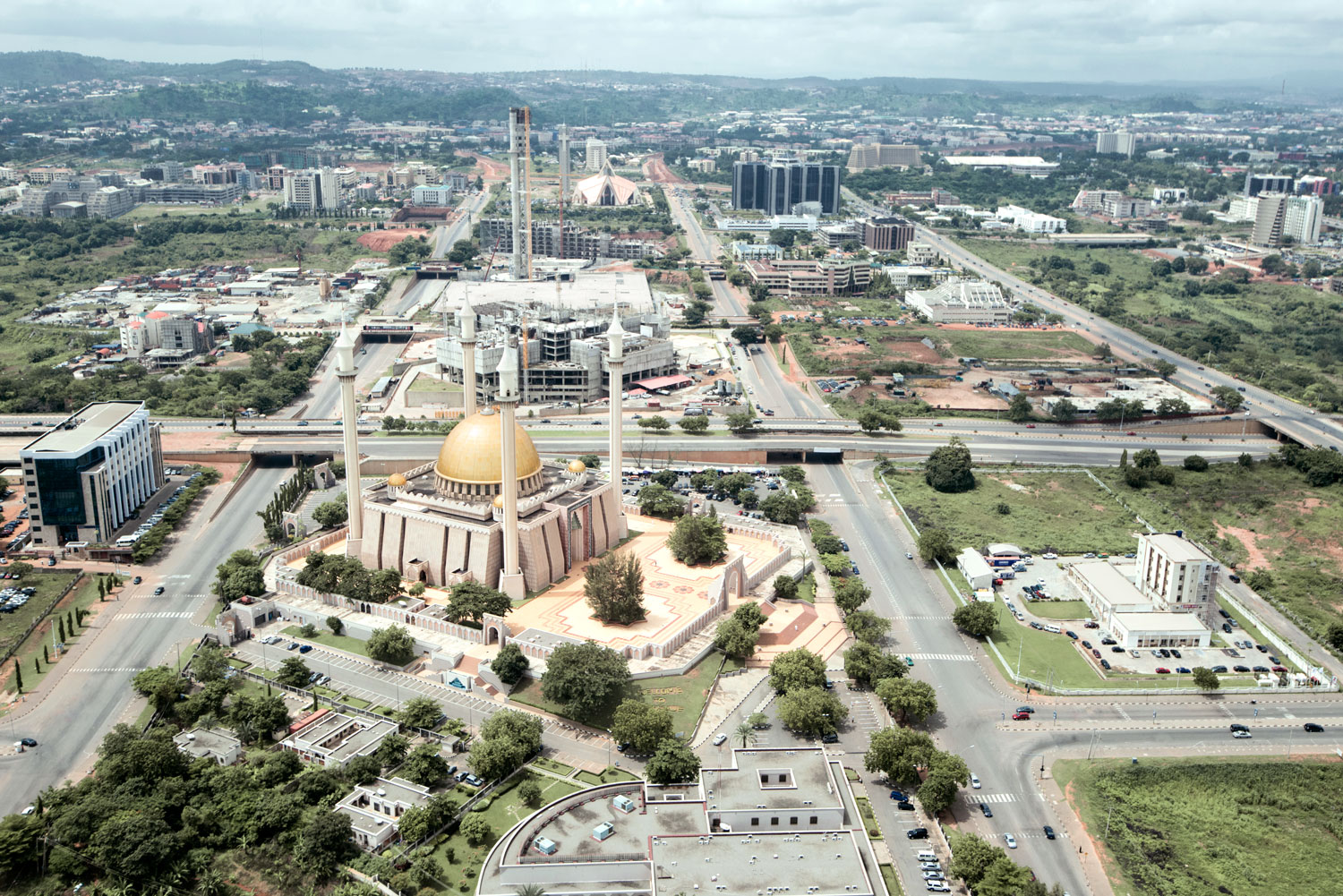 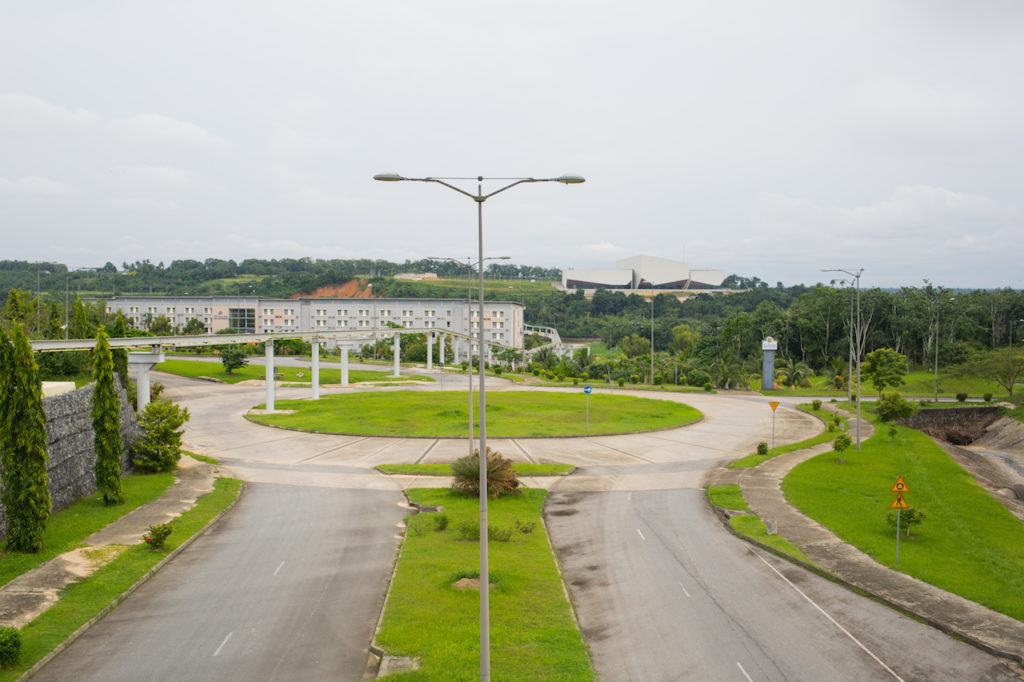 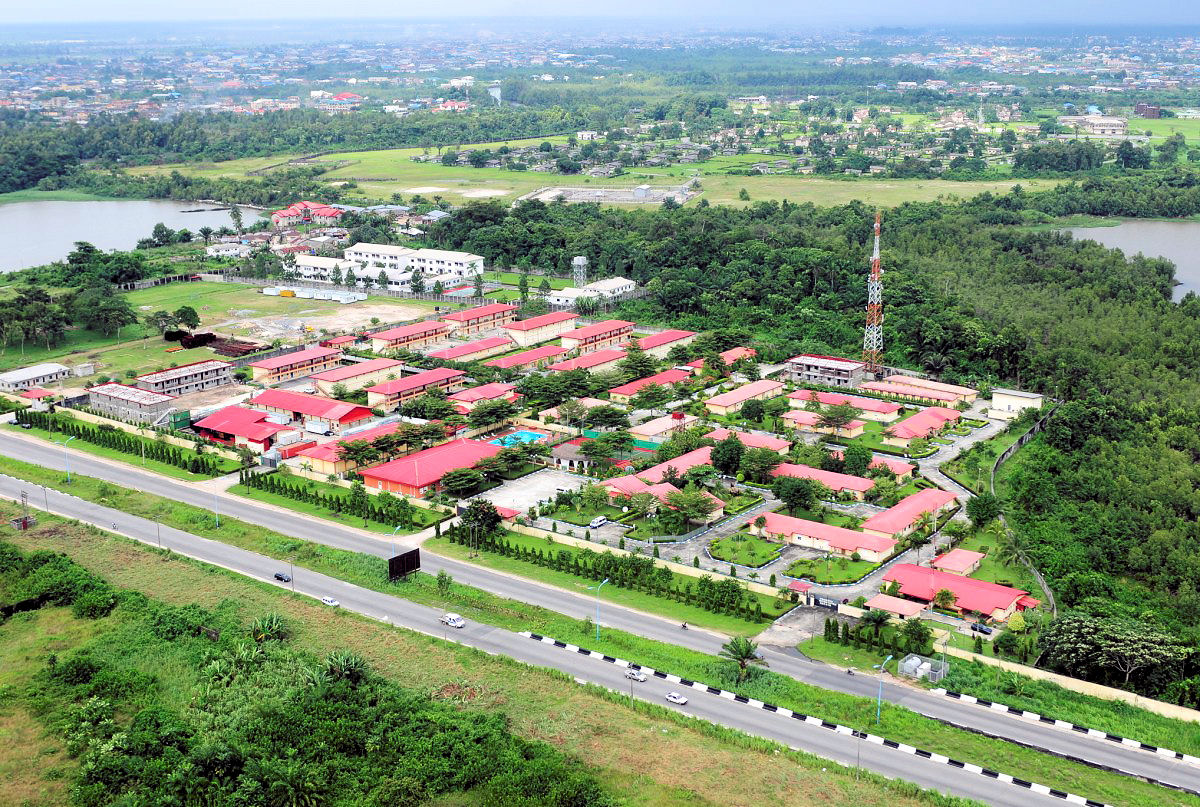 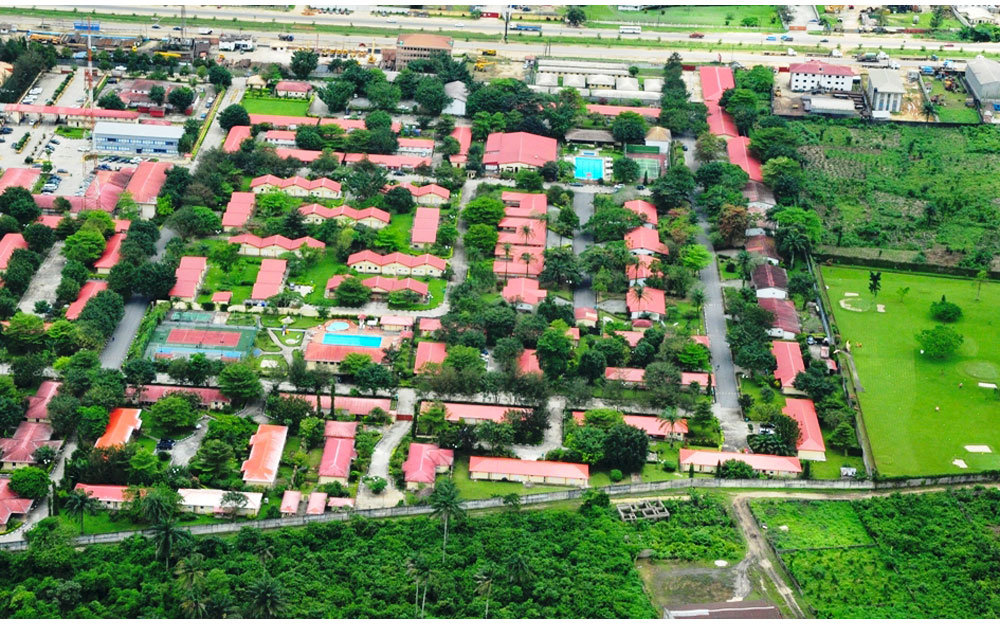 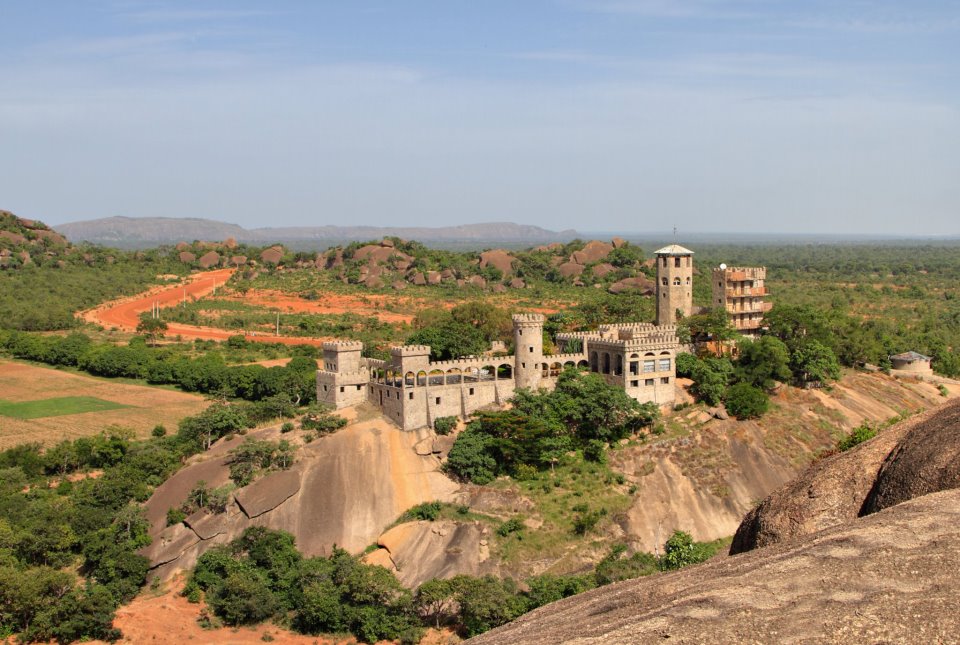 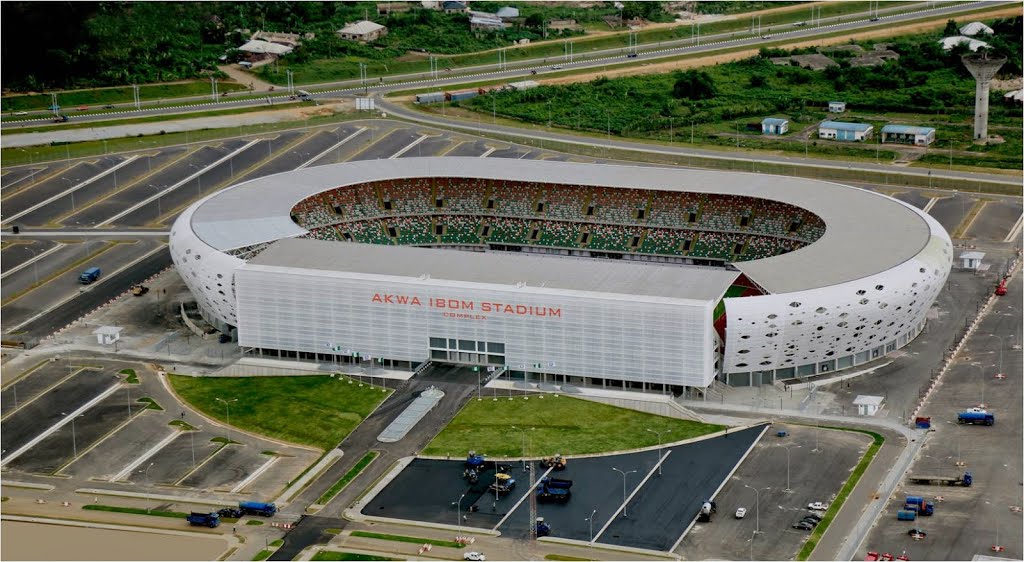 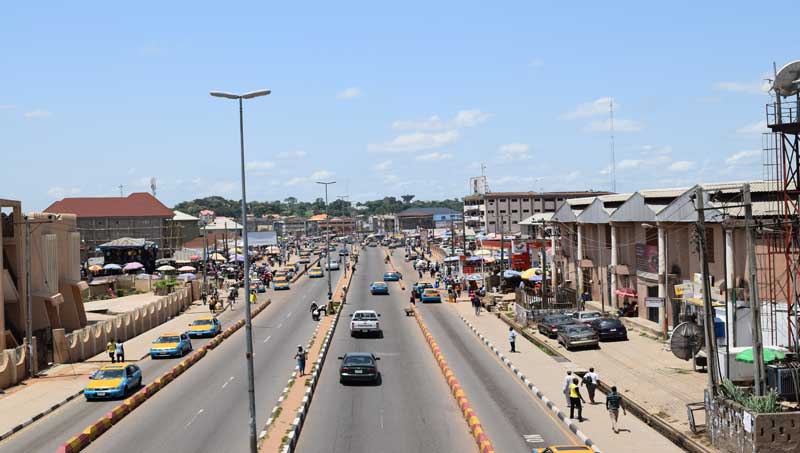 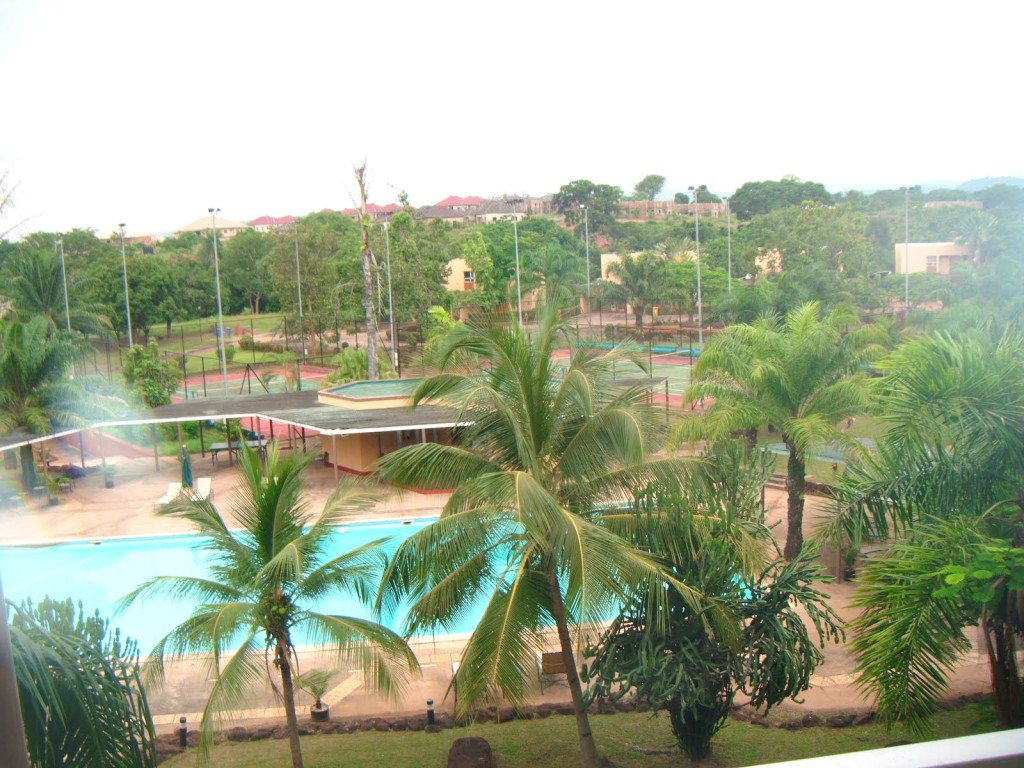 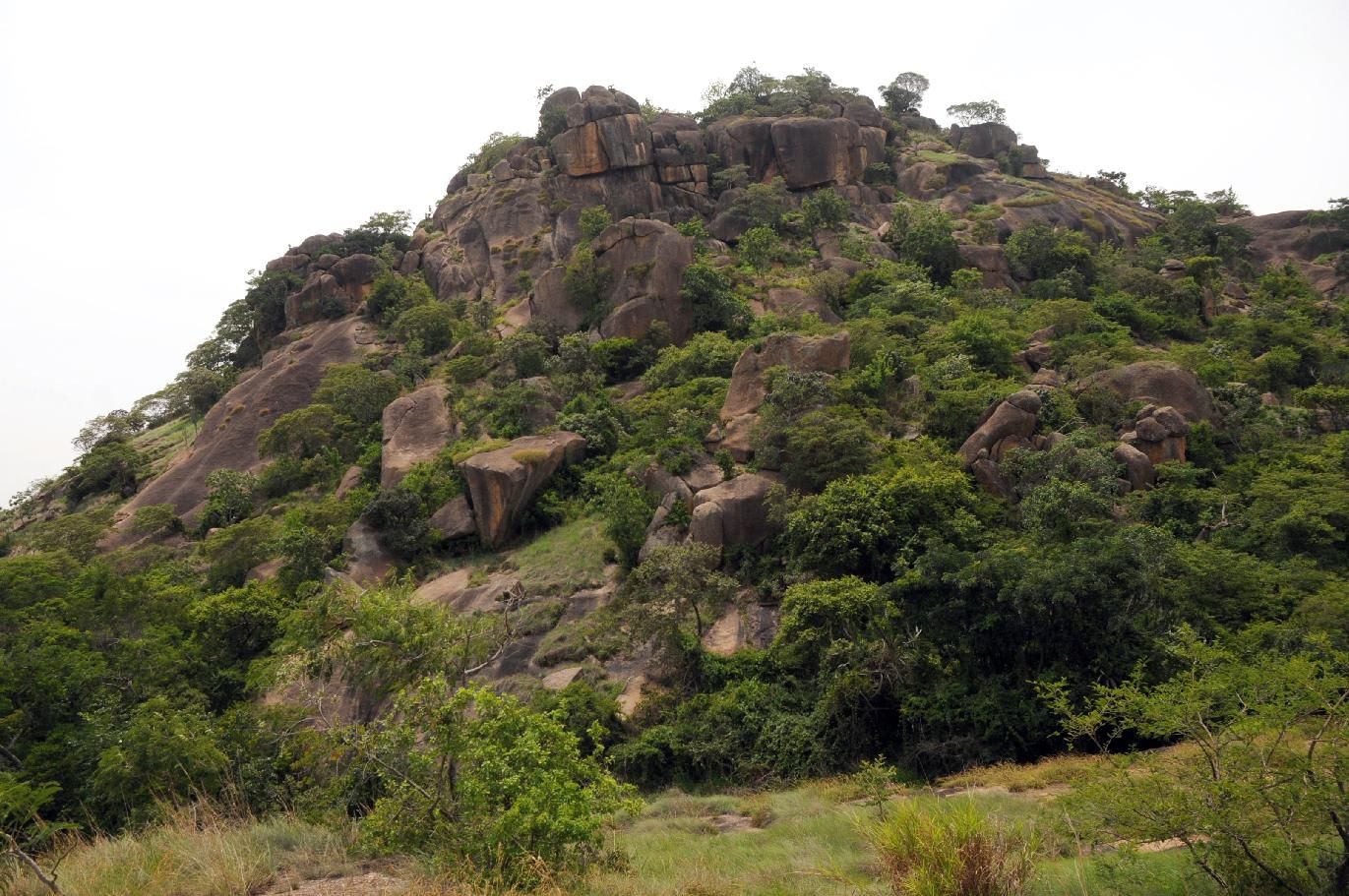 Lagos is a major metropolis in the country which is fast becoming a megacity as elegant structures and buildings continue to spring up daily. Lagos stands out for excellence, commerce, fun and relaxation in Nigeria. Lagos is without a doubt the most industrialised state in Nigeria.

A good road network, several tall buildings, and sky-scrappers along with a fine blend between the slums and highbrow urban areas make Lagos one of the most beautiful cities in Nigeria. From an aerial view, the coastline makes Lagos a ravishing beauty. The nightlife in this city is as busy as the day, painted with a lot of malls, clubs, restaurants and bars.

A world-class capital state with a grand master plan of its outlook, is a beautiful Nigerian city to visit or live in. The nation’s seat of power considered a highly business destination is an affordable place for all – rich, middle class or poor. Being a developed and organised city, it has many recreational centres, five-star hotels, and shopping malls that are lusciously built to world-class standards. The city is the haven for luxury real estates in Nigeria.

Calabar  is a beautiful city endowed with a rich culture and natural attractions. The city is a major travel destination in Nigeria. Not only is it a beautiful city, it is a peaceful city with diversity in landscapes. Tasty delicacies, beautiful architecture and festivals are what attracts visitors to the city. Every year, the biggest street party, Calabar Carnival is hosted in the street. The festival displays diverse colourful cultural costumes and dance which tourists from all over the world participate in.

Warri City, also known for oil production, is one of the biggest cities in Delta state and a beautiful one at that. Business, tourism and the presence of oil has had a ripple effect on the city with a lot of attention and developmental focus drawn to it. The road networks are top-notch as you can drive around the city without encountering potholes.

Located in the heart of Akwa Ibom, is the crown of beautiful cities in Southern Nigeria. Blessed with scenic attractions, unique infrastructures, beautiful hotels and unique cuisines, Uyo has not only proven to be a beautiful city, it is one of the most secure places to live in Nigeria. The city is a cool, calm, serene and classy one with little or no crime and crisis rate.

Port Harcourt can be best described as a beautiful Nigerian city with lush greenery and aesthetic landscape. Loved for numerous reasons but mostly for its wealth as a result of oil, the beautiful city is the home to many multinational companies, especially those affiliated with oil and gas. Port-Harcourt being a coastal city has scenic shorelines.

Kaduna  is the most beautiful Nigerian city in the northern part of the country. This beautiful Nigerian city is home to Kajuru Castle – built in a similar manner to European castles, Kajuru is a tourist attraction centre in Nigeria and Africa’s best-kept secret. In total contrast to the way reporters and media channels have blown the insecurity in Kaduna out of proportion, the city continues to be a major travel destination for daring tourists.

With a population of approximately 588,000 people, is the capital of Ondo State, Nigeria and became a Millennium City in 2006. Some of the Akure’s major assets include the presence of several federal universities, immense mineral potential, rocks and beautiful landscapes, cocoa farms, and a deep-sea container port nearby.

Enugu, which bears the same name as the capital, is a very beautiful city with nice topography and attractive structures. The road network in Enugu is well designed with so many states of the art buildings. Enugu is the most beautiful city in Igbo land with an exciting social life. Enugu has been argued to be one of the best well-planned cities in Nigeria. Luxury, serenity and security describe the lifestyle of residents in Enugu.

Popularly known as The City of Captivating Landscape, Jos is without any doubt a natural beauty. Jos boasts of a number of attractions including two museums, a wildlife park and game reserve, breathtaking waterfalls and striking hills and rocks. The city is loved particularly for its weather and serene environment.

Film
Bambi And Companions Take On A Sinister Look In Upcoming Film
15 mins ago
The 1942 Disney film of the same name, 'Bambi' and his woodland companions Thumper and Flower have preserved a charming, wholesome persona for the past 80 years. According to media sources, the once lovable animal will now reveal his sinister side in the upcoming horror film 'Bambi: The Reckoning'. The macabre adaptation of Felix Salten's…

What's New
Kim Kardashian Rethinks Working Relationship With Balenciaga
55 mins ago
Kim Kardashian has confirmed that she will reevaluate her professional relationship with Balenciaga. The reality Tv star made this assertion after a recent advert gone wrong by the fashion house (Balenciaga) featured children cuddling teddy bears wearing bondage gear. The reality TV star and founder of Skims, who has served as the fashion label's ambassador,…

Wellness
Is Your Child Obese?
1 hour ago
Parents often see weight gain in their children as a sign of “good living,” but you need to know what level of weight gain is healthy and when you should be concerned. Uncontrolled weight gain in children puts them at risk of obesity, and its related complications, most of which surface as they grow. Every…

Food
Refreshing Drinks To Have Before, During And After Workout Sessions
7 hours ago
Sports drinks are loaded with carbohydrates in the form of sugar and are promoted to reload glucose, fluids and electrolytes (sodium, potassium, magnesium, calcium) lost during rugged exercise including to improve endurance. However, it has become general knowledge that staying away from such manufactured items is best for one's health, so, why not keep it…

What's New
Best Selling Author, Chukwuka Monye Wins International Award
7 hours ago
Social Innovator, Chukwuka Monye, on Saturday 20th November in Miami, USA, received what many publishers refer to as the Oscars of publishing – the 2021 Readers’ Favorite Award for his contribution to the USA Today and Wall Street Journal Bestseller – Business Success Secrets. He received the Silver Medallion for the non-fiction anthology category.

What's New
Kizz Daniel Makes World Cup Appearance, Performs "Cough" (Odo)
4 days ago
During the FIFA Fan Festival at the Qatar 2022 World Cup, Nigerian music sensation Kizz Daniel gave an outstanding performance. With the current hit song "Cough" (Odo) at his disposal, the singer dazzled an audience of more than 50,000 on Wednesday night. The "Buga" crooner performed live with a live band, and some of the…

Music
Somadina Releases Debut EP “Heart Of The Heavenly Undeniable”
23 Nov
Rising singer-songwriter Somadina releases her debut EP HOTHU, “Heart of the Heavenly Undeniable”. To celebrate the project's release, Somadina reveals the brand-new visual for the single “Y I Want U'' directed by 2brthrs, chopped & screwed by her long-standing collaborator, Chukwuka Nwobi. Backed by a band of Nollywood punk-inspired girls, Somadina is uniting women to…

Science
COVID-19 may make Lassa fever, cholera, other endemic diseases ‘deadlier’
30 Dec 2021
Recent studies have provided evidence that the emergence of COVID-19 has further aggravated the spread and treatment of diseases endemic to Nigeria, such as Lassa fever, cholera and meningitis...

Opinion
A global mobility solution in COVID-19 pandemic
31 Dec 2021
With a passport that provides visa-free travel to just 45 countries, Nigerian citizens are all too familiar with the downsides of owning a weak passport.