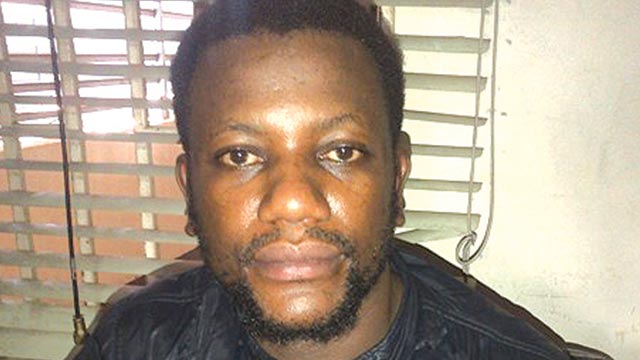 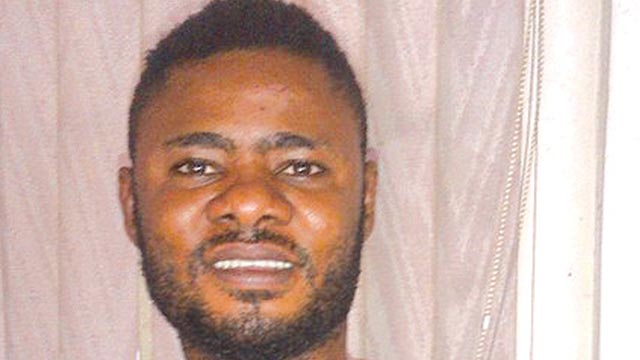 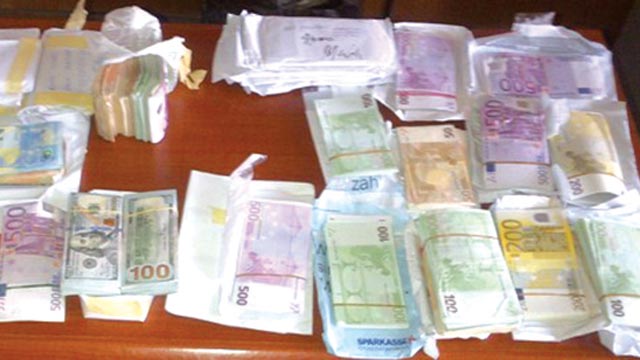 Officials of the National Drug Law Enforcement Agency (NDLEA) have intercepted €325,640 and $30,000 (about N175 million) being smuggled from Greece and Austria.

The suspected laundered money concealed inside envelopes and shoes were seized at the Murtala Muhammed International Airport (MMIA), Lagos, during the inward screening of passengers on a Turkish airline flight.

Two suspects have been arrested in connection with the smuggled currencies.

NDLEA commander at the Lagos Airport, Ahmadu Garba, said the money was found during routine search of passengers.

Chairman of the NDLEA, Muhammad Mustapha Abdallah had directed the Director of Assets and Financial Investigation of the Agency, Mrs. Victoria Egbase to take over the case.

According to Abdallah, “This is a suspected case of money laundering. Criminal groups seek to conceal the origin of illegally obtained money. It is pertinent, therefore, for us to trace the origin of the money and prevent the introduction of criminal funds into the economy. Consequently, I have directed that the case be meticulously investigated.”

Preliminary investigation revealed that both suspects were frequent travellers, who were the target of International Drug Trafficking Organizations. Besides, their sources of income must be verified. Edos Nicholas who claimed to be working in a bakery in Austria, said the money found on him was given to him.

“The money does not belong to me. I was given by different people in Europe to give to their relatives. I have been living in Vienna, Austria for over 15 years.” He hails from Edo State.

The second suspect, Hallowell Prince, who also hails from Edo State, claimed that the money belonged to people and that he was asked to deliver it to the recipients in Nigeria. “I live in Athens and I work in an African shop. I have lived there for 12 years. The money belongs to many people and some of them are my friends,” he said.

Abdallah said the cases would be properly investigated and necessary action taken as laundered funds could be used to finance terrorism and distort the economy among others.

Politics
PDP guber primary: Makinde, Fintiri get second term tickets
2 hours ago
The race by the major opposition Peoples Democratic Party (PDP) to win 25 states, up from the 13 it currently controls, began yesterday across the country with its shadow governorship elections...
Nigeria
2023: Obi quits PDP, eyes Labour, NNPP tickets
2 hours ago
Former governor of Anambra State and erstwhile presidential aspirant on the platform of the Peoples Democratic Party (PDP), Peter Obi, yesterday, resigned his membership of the party two days before its presidential primary.
Health
Furore over proposed amendment of IHR by WHO
2 hours ago
Ahead of the 75th World Health Assembly (WHA) scheduled for May 22-28, 2022, concerned groups led by Equity International Initiative (EII) have warned Nigeria and other sovereign nations not to sign up to proposed amendment...
Business News
Report seeks urgent action to save Nigeria’s wheat value chain
2 hours ago
Industry leaders have called on the Federal Government to take swift and deliberate action to cushion the effects of the disruption in the global wheat market on Nigeria’s wheat value chain.
Science
‘Cure’ for hypertension, related complications
2 hours ago
Medical experts have made recommendations on how to reduce the burden of hypertension in Nigeria as well as identified diets that give best chance of living longer and healthier.

Opinion
The N16b padding of 2022 budget
22 Dec
The allegation by the Senate on the N16 billion padding of the 2022 Federal Government budget proposal by Ministry of Environment showcases the sorry state of the budgeting process in Nigeria.