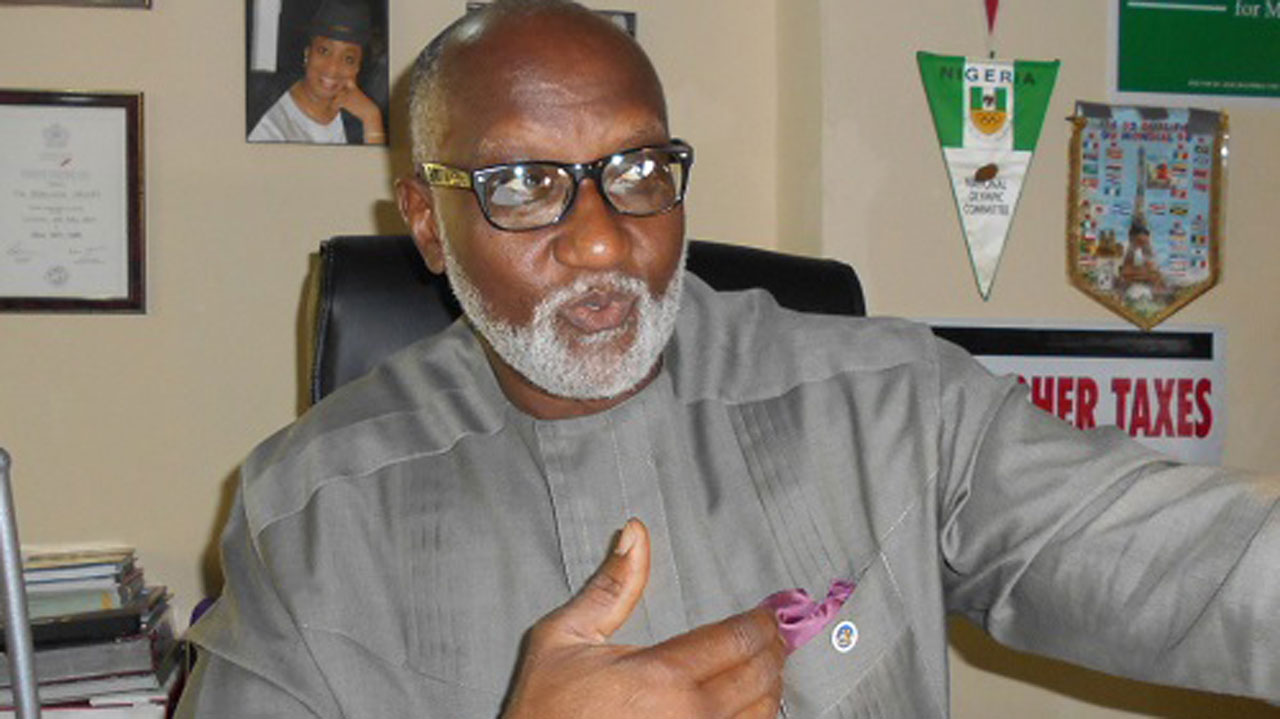 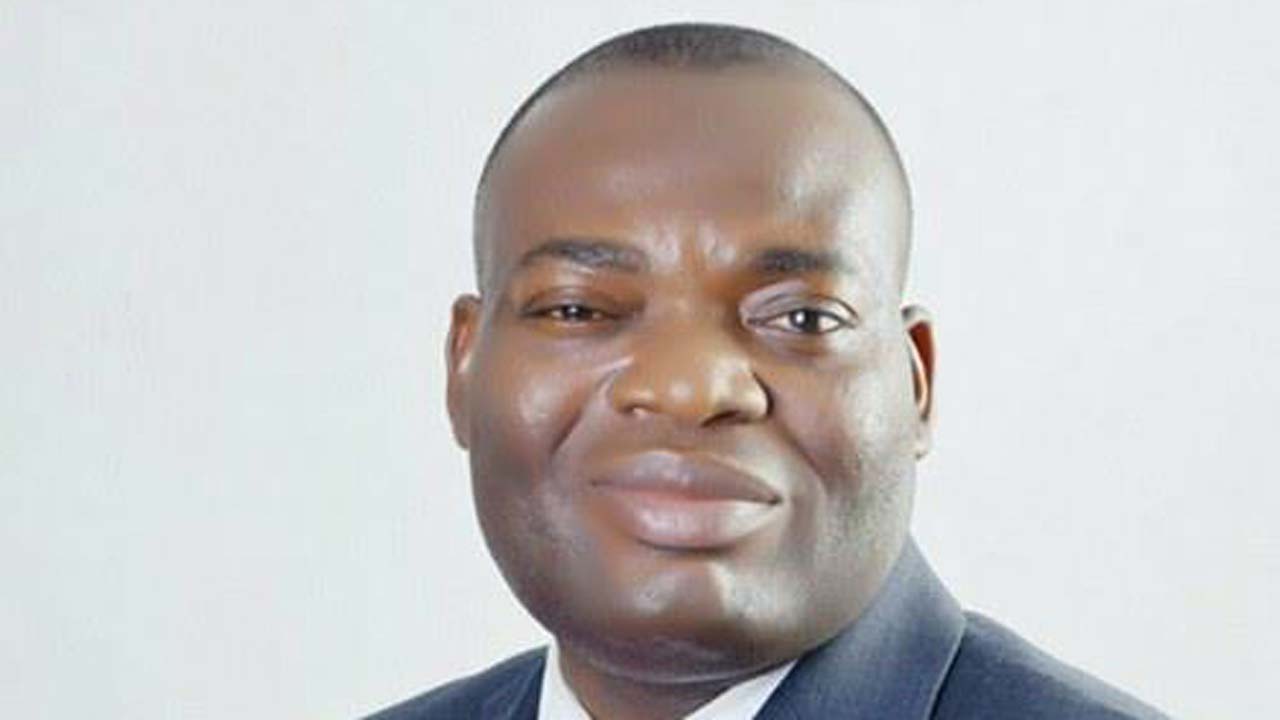 Dr. Tony Nwoye emerged the candidate of the All Progressives Congress (APC) for the Nov.18 governorship election in Anambra.

Going by public confessions of most of the governorship candidates that took part in last weekend’s election in Anambra State, there might not be likely contestations of the outcome at the Election Petition Tribunal. Although most observers noted the less than proportionate ratio of registered voters to the number that actually voted, incumbent governor Willie Obiano got a resounding victory.

Of all the other contenders, two candidates, Oseloka Obaze and Tony Nwoye of Peoples Democratic Party (PDP) and All Progressives Congress (APC) respectively, made it very hard to predict a clear winner of the contest. In the light of the anticlimax, which saw the incumbent winning by a very wide margin, it becomes necessary to look at why the two runners-up lost the governorship poll.

APC: Poor structural cohesion
With the benefit of hindsight, even the flag bearer, Nwoye would acknowledge that a lot of things were not very tidy with his emergence at the governorship primary that threw him up. The general unease that attended the final approval by the party leadership to Nwoye’s candidacy was enough red flag to the candidate that all was not well in the party, particularly the state chapter, for him to expect a successful run at the poll.


x
At a critical juncture in the buildup to the governorship primary, the party leadership refused to uphold the essential ideological underpinnings of APC and rather allowed money to be the ultimate test of strength for the aspirants. The understanding or internalizing of the three planks of the party’s 2015 triumph against PDP was not used as parameters in the selection process.

From the onset, Nwoye’s candidacy did not go down well with a lot of big wigs, but there was not much the party could do after insisting on internal democracy. Yet despite the claims of sabotage by his agents and supporters, Nwoye had to face anew, a replay of his 2013 experience when virtually all PDP chieftains distanced themselves from his victory at the governorship primary.

In both instances, his not so excellent background and history of tough guy politics seemed to isolate him from general acceptability. One of the APC governorship candidates in the last election, Dr. Chike Obidigbo, summed up the major causes of APC’s downfall this way:

“APC had all the chances to win the governorship of Anambra State. It was very obvious. The main problem originated from within and the principal culprit was the leader of the party in Anambra State in the person of Dr. Chris Ngige.

“Ngige knew the resolve of stakeholders that power should remain within the northern zone for the next four years. But because the Minister of Labour was personally interested in becoming the governor, he failed to key into that general resolution and understanding.

It was at the last minute when it became obvious to him that he cannot fly that he started saying Anambra north should produce the candidate. By then it was very late, a lot of damages had been done.”

Apart from the inconsistence of the leaders, APC allowed money to influence decisions on the choice of flag bearer. Just like Obidigbo noted, “the screening exercise was characterized by a lot of problems. I participated in the screening exercise and I told them in one of our meetings in Abuja that I have never seen any examination where twelve people take part and every one of them scored a distinction.”

It was on that premise that Senator Andy Uba and Nwoye became the two frontline candidates, because while Uba had money to spend, Nwoye fell back on the deep pockets of his financier and godfather, Prince Arthur Eze. So the field was left for the two, while other aspirants became onlookers.

Then there was the question of experience and capacity, because after Nwoye emerged, a lot of people were not happy, including those of them at the national headquarters and the presidency.

It became obvious that although seen as a nice person, the flag bearer did not impress a lot of people. They believed he had not garnered the necessary experience and expertise required to govern a state as complex and complicated as Anambra.

But most importantly, the party lacked structural cohesion due to the fact that old members isolated new comers, including members of Osisioma Foundation, which gave APC a face in Anambra. New comers were treated with scorn and derisively refereed to as FIR (Food Is Ready) politicians coming from nowhere.

In the process, it was not possible to know who was for or against the governorship candidate. However, it became obvious that some influential persons in the campaign organization took strategic positions from which they negotiated to work for the incumbent governor from within and for a consideration.

The flag bearer also made matters worse by becoming elusive and out of reach to genuine players willing to assist and give a good account of the party. This dissonance played out in the choice of running mate. While some stakeholders wanted an experienced politician to become his running mate, Nwoye went back in time to choose a former student unionist, with similar social baggage as himself.

While Ngige from Anambra central wanted John Bosco Onunkwo, Obidigbo from the same Anambra North as Nwoye, preferred a former Works Commissioner and prominent member of the Anglican Communion, Azuka Okwuosa, to be the running mate to balance the ticket on the basis of experience and religious denomination.

By now both Nwoye and APC would have seen the futility of playing in disparate camps as they went into a major election. But to a large extent, the caliber of people that ended up as marketers of the APC candidate, did not address the expectations in Anambra South for power to return to their zone after the next four years. Nobody seemed to be convinced that Nwoye, if he won, would serve just one term in office.

PDP Obi’s overbearing presence
On the side of PDP and its candidate, Obaze, the bad blood that spilled after the party’s governorship primary also left the structure divided and confused. Moreover, the sentiment against the former governor Obi affected the fortune of the party.

Most people were not happy that Obi was leading the Obiano-must-go campaign, such that even when there were credible reasons to interrogate the performance of the incumbent, Anambra voters ended up asking why Obi, who spent eight years in office wanted to deny his political godson a second term.

Old members of PDP joined in the refrain accusing the former governor of being a dictator that disdains teamwork. Although the former National Publicity Secretary of PDP, Chief Olisah Metuh, noted coyly that Obi as a star performer was qualified to market the candidate successfully same way that Argentine football star, Diego Maradona led his country to world cup victory in 1986, the ubiquitous presence of Obi started infuriating most voters, who questioned whether he was seeking a third term.

Again, funding became a major challenge for the PDP as APC and the incumbent tried to outspend each other in the bargain for votes. PDP governors seemed to have kept aloof out of suspicion that Obi was trying to feather his political nest to position himself as possible presidential running mate in 2019.

However, being political benefactors of Obi, Obaze and Obiano competed against public perception that the later should be allowed to complete a second term. It was at that point that Prof. Chukwuma Soludo’s maxim that if it is not broken, why mend it, came into play.

While Obaze supplied empirical data to show that the system was broken, voters felt otherwise, believing that Obi was using Obaze to settle personal misunderstanding with Obiano. That was why even when the incumbent performed comparatively poorly against the PDP candidate during the governorship debate, the voters seem to have made up their minds to endure another four years instead of moving from known to unknown.

But one issue that seemed to have sealed victory for Obiano against his immediate challengers was the way he utilized town unions, civil servants and distributed elective positions for a seamless succession in the state.

Under the plan, while Soludo is in line to take over from Obiano in 2022, Ifeanyi Uba had the Senate seat of Anambra South reserved for him. Former National Chairman retained his Anambra Central Senate seat, just as Senator Stella Oduah, was promised a reward of Anambra North Senate seat for throwing her weight behind Obiano.

At the point of going to the polls, despite various underhand deals, it was obvious the incumbent had a more auspicious plan to hold the state in peace than the other two contenders. Consequently none of the security agencies wanted to alter that architecture to maintain socio-political peace in the strategic gate of the Southeast.

When most directors in APC campaign organization were kept out of circulation in the morning of Saturday November 18, 2017; national security more than other considerations must have motivated the action, in addition to the 2019 plot to ensure that Anambra was kept beyond the reach of rampaging PDP.

The fact that no party is prepared to challenge the poll in court bears eloquent testimony to the security dimension that Obiano deserved to win to keep Anambra out of unforeseen fresh agitations and possible socio-political animosities.