By APO Group
Small-scale farmers in sub-Saharan Africa are impacted disproportionately by climate change, poverty and undernutrition, yet a report released today shows many remain optimistic about the future of farming. Of the thousands of farmers taking part in the four-country survey, two-thirds believe their children can succeed in farming, though many cautioned that food systems will need… 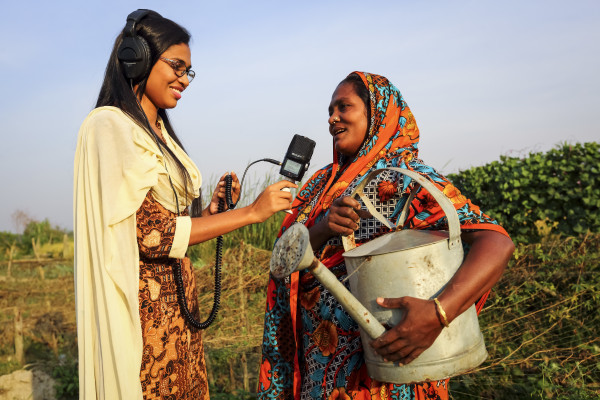 Small-scale farmers in sub-Saharan Africa are impacted disproportionately by climate change, poverty and undernutrition, yet a report released today shows many remain optimistic about the future of farming. Of the thousands of farmers taking part in the four-country survey, two-thirds believe their children can succeed in farming, though many cautioned that food systems will need to change in order to make living incomes possible.

Today’s release is timed to bring the voices of rural small-scale farmers in sub-Saharan Africa to the UN Food System Summit on 23 September – an event that includes global leaders, scientists, academics, policy advisors and UN officials – but few of the world’s poorest food producers.

“There’s growing global recognition that solutions can only be sustainable and relevant if they reflect people’s local realities and experiences. But leaders often struggle with how to access the opinions of people, especially in remote areas. Radio, combined with new technologies, is a powerful tool that is too often overlooked,” said Hélène Papper, IFAD Director of Global Communications and Advocacy. “With direct input from so many rural farmers, we now have greater insight into their challenges, and how we can support their strong desire to stay in their communities and build a future for their families in agriculture. These are the voices that global leaders gathering for this week’s Food Systems Summit need to hear, and act upon.”

“Small-scale farmers working on plots less than two hectares produce over 30 percent of global food and yet there are significant barriers to their participation in global discussions and decision-making processes,” said Kevin Perkins, FRI spokesperson. “This report helps change that. Our goal was to create a platform for rural people, especially women and youth, to share their concerns and solutions for a healthier, more sustainable, productive, and equitable food system.”

Oscar, a small-scale farmer from Tanzania was among those who took part in the survey. His comment points to one of the many inequities that exist across food systems. “Our crops are bought at a very low price,” he said. “The businessmen and middlemen buy our crops at their prices and not at farmers’ prices.”

Respondents like Oscar called for better access to loans and credit, inputs, better markets, and more information, as well as better training on farming techniques and business management. Women farmers, in particular, emphasized the need for access to loans, credit, and financial support as vital for their success.

“This is particularly critical for women smallholder farmers, who produce more than half of all the food that is grown yet continue to face discrimination resulting in limited decision-making power, access to and control over productive resources that limit their participation in local food systems,” said Angeline Munzara, World Vision International spokesperson. “Listening to their voices and solutions to transform the food system is essential to ensuring access to safe and nutritious food for all.”

On Air Dialogues: Listening to Rural People is an official submission to the Food Systems Summit (FSS) which takes place on Thursday, 23 September. Under the leadership of Secretary-General António Guterres, the FSS is the culmination of 18 months of engagement with governments, food producers, civil society and companies on how to transform the way we produce, process and consume food. The FSS is intended to produce actionable commitments from heads of state and other leaders.

Distributed by APO Group on behalf of International Fund for Agricultural Development (IFAD).

Note to editors:
Visit    http://dialogues.farmradio.org/ to read the report, explore the results, and listen to the voices of farmers.

About IFAD:
IFAD invests in rural people, empowering them to reduce poverty, increase food security, improve nutrition and strengthen resilience. Since 1978, we have provided US$23.2 billion in grants and low-interest loans to projects that have reached an estimated 518 million people. IFAD is an international financial institution and a United Nations specialized agency based in Rome – the United Nations food and agriculture hub.

About Farm Radio International:
Farm Radio International is a Canadian international non-governmental organization uniquely focused on improving the lives of rural Africans through the world’s most accessible communications tool, radio, in combination with ICTs. We produce radio resources that help thousands of broadcasters across sub-Saharan Africa improve their programs for farmers; run radio projects that help millions of people achieve better livelihoods and health outcomes; and craft digital innovations that feature the latest technologies to make rural radio even more powerful.

About World Vision:
World Vision is a Christian relief, development, and advocacy organization working to create lasting change in the lives of children, families, and communities to overcome poverty and injustice. Operating in close to 100 countries around the globe, World Vision serves all people regardless of religion, race, ethnicity, or gender and is passionate about seeing girls and boys thrive, especially in the most fragile contexts. 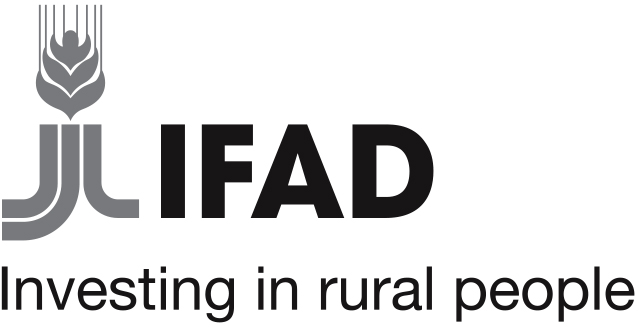 Nigeria
FRSC vows to impound vehicles without number plates
17 mins ago
The Federal Road Safety Corps, Ondo State Command, vowed on Saturday in Akure that it would impound vehicles without number plates and those with illegal registration.
World
Security review after British MP stabbed to death in 'terror' attack
33 mins ago
The fatal stabbing of British lawmaker David Amess was a terrorist incident, police said Saturday, as MPs pressed for tougher security in the wake of the second killing of a UK politician...
Sport
Slapfight Nigeria commences training for athletes, officials
54 mins ago
Organisers of the epic Slapfight Nigeria on Saturday said that there is an ongoing training session for athletes and official that will be participating in the inaugural combat sport.
World
France pays tribute to teacher beheaded over Mohammed cartoons
1 hour ago
France  paid tribute to schoolteacher Samuel Paty on Saturday, one year after he was beheaded by an extremist after showing his class cartoons of the Muslim Prophet Mohammed. Paty, 47, was stabbed and then decapitated after leaving the middle school where he taught history and geography in the tranquil Paris suburb of Conflans-Sainte-Honorine on the…
World
Bali earthquake kills three, injures seven
1 hour ago
Three people were killed Saturday when an earthquake struck the Indonesian tourist island Bali, the disaster agency said.

APO Press Releases
Top 50 Women in Corporate Africa Revealed after Data-Driven Research
12 hours ago
In a major virtual summit with over 1,000 high level attendees, Africa.com revealed the names of the 50 most senior women in Corporate Africa. The Africa.com Definitive List of Women CEOs is distinguished in that it is data-driven. The researchers started by working with data provided by Bloomberg, and evaluating the over 1,400 companies listed…
APO Press Releases
UNMISS, Ministry of Gender, Child and Social Welfare hold workshop in Juba on providing services to communities
12 hours ago
Download logoThe United Nations Mission in South Sudan (UNMISS) recently partnered with the State Ministry of Gender, Child and Social Welfare, in Central Equatoria, to host a day-long, consultative workshop for development partners who work on delivering services to citizens of the state. The forum’s main aim: To give stakeholders insight into the strategic planning…
APO Press Releases
Unlocking the potential of Africa's free trade area for rural women
12 hours ago
Download logoThe Food and Agriculture Organization of the United Nations (FAO) Regional Office for Africa has launched a new brief that advocates for seizing the opportunities of the African Continental Free Trade Area (AfCFTA) for the economic empowerment of women in agriculture. The publication is launched today to coincide with the International Day for Rural…