Africa’s Golden Age of Natural Gas is Upon Us

By APO Group
Share on Facebook Share on Twitter Share on WhatsApp Share on Telegram
The second day of the African Energy Week (AEW), sub-Saharan Africa’s largest energy event, saw a panel under the theme, “The Golden Age of Natural Gas in Africa,” sponsored by GE Gas Power. The panel featured strong participation from key players in the natural gas industry, including: Hon. Cheikh Niane, Permanent Secretary for Energy, Ministry… 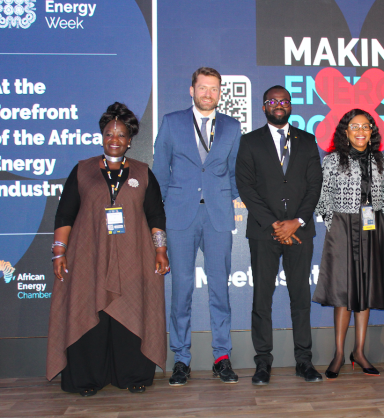 Sub-Saharan Africa is home to some of the leading oil-producing countries globally, such as Nigeria, Angola, and Equatorial Guinea. Although oil still remains a linchpin of the global economy, in recent years, natural gas has offered some of the most exciting developments and commercial discoveries. These include the massive Grande Tortue Ahmeyim gas field located in offshore waters between Senegal and Mauritania; the giant Zhor gas field in Egypt; the $30-billion Lindi LNG project in Tanzania set to resume in 2022; or Saipem’s $20-billion Mozambique LNG project, which is scheduled to re-commence next year.

These major projects, combined with the need for sub-Saharan countries to increase access to energy in order to fast-track industrialization and economic growth, have led to many natural gas experts speaking about the global energy sector entering a new “golden age” for natural gas development in Africa. There is remarkable potential for countries to utilize natural gas as a catalyst for growth and to help lower the cost of production in a wide range of industries. Countries such as Senegal and the Republic of the Congo are introducing Gas Master Plans, which put in place long-term strategies to maximize the potential of their existing or newly discovered onshore and offshore natural gas resources.

“Our hope is that gas will stop being a by-product. We believe the fundamentals for a major change in sub-Saharan Africa's natural gas sector are underway. Intra-regional cooperation within the sub-Saharan African region is absolutely crucial for gas reserves in Africa to be fully developed, and also sizable investments are required for new pipeline infrastructure,” stated Ilyanin.

“Our countries need to think about financing our recent gas discoveries because they are crucial for the development of our countries as a reliable energy source that respects the environment,” stated Hon. Niane. “It is needed to reduce the high price of our electricity and industrialize our countries. Senegal is working on a Gas Master Plan, which will be very important. The revenues derived from natural gas will be crucial for us to help finance the energy transition and ensure sustainable development. We cannot develop our countries by only utilizing renewables. We need to use our gas resources.”

At AEW 2021,  panelists emphasized the role of natural gas as the ideal transition fuel, as it is significantly cleaner burning than traditional fossil fuels like coal and oil, while still being able to deliver energy reliably and to scale. As a result, there are massive opportunities to replace coal and fuel oil-fired power plants with cleaner, gas-to-power infrastructure. A number of multinationals such as GE and Sasol are partnering with African gas-producing countries to ensure effective monetization of national gas resources.

“The main thing for us has been to focus on decarbonization, exploring what gas can do to help countries industrialize and create a more sustainable energy mix,” stated Dlengezele. “Gas is the only replacement for base-load power, which in combination with renewable energy sources, allows us to run a stable electrical grid. We need to create an industrial economy around gas that allows local industries to grow and scale up for efficiency,” he added.

“Gas is a very important value-added component to our organization. There are many synergies in the energy mix of upstream producing assets in Mozambique and assets in South Africa, where we produce synthetic fuels, wax and ammonia methanol into the domestic market,” added Niemand. “We are also looking at how gas can help us navigate the energy transition, so that gas plays its rightful transition in South Africa.”

In countries across the continent, the availability of large amounts of natural gas will have a major impact on its ability to serve as a long-term catalyst for development. By utilizing the resource to expand energy systems, while creating synergies among sub-Saharan natural gas producers, robust and profitable electricity and natural gas markets can be established and sustained across the African continent.

Nigeria
Ondo speaker exonerates self from N2.4m alleged fraud
25 mins ago
Speaker of Ondo State House of Assembly, Bamidele Oleyelogun, on Saturday said he has sufficient proof to clear himself of any shady deal on the alleged N2.4 million seminar fraud being investigated by the Economic and Financial Crimes Commission (EFCC).

Nigeria
FG pledges to work with new LCCI President, Olawale-Cole
33 mins ago
President Muhammadu Buhari says the Federal Government looks forward to working with the newly-elected leadership of the Lagos Chamber of Commerce and Industry (LCCI).

World
Senegal transport workers end strike
2 hours ago
Senegalese transport unions ended a strike overnight from Friday to Saturday that had paralysed capital Dakar and other regions over police harassment and illicit competition.