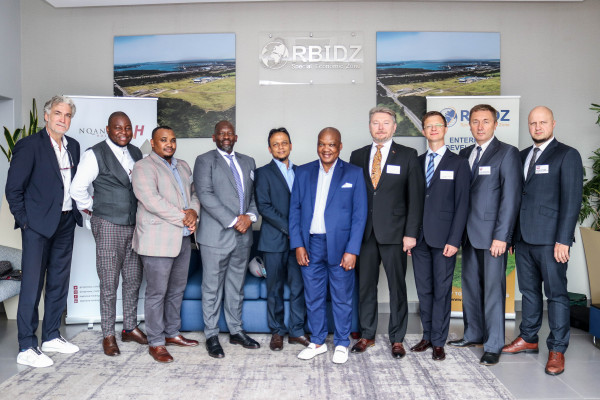 On 26-27 August, 2021 Ambassador Alexander Sidoruk paid a working visit to Richards Bay (KwaZulu-Natal province, South Africa), where he took part in the presentation and discussion of the project to create an assembly plant for tractors of OJSC «Minsk Tractor Works» on the territory of the special economic zone.

The parties to the project from the South African side are Nqawana Holdings and the administration of the Richards Bay Industrial Development Zone (RBIDZ), from the Belarusian side – OJSC Minsk Tractor Works and LLC «Round By».

During the negotiations the parties discussed technical details of the project, outlined specific steps to implement the reached agreements, visited the land, allocated for the project. Ambassador A. Sidoruk confirmed the interest of the Belarusian side to establish and expand cooperation with the South African partners. He also highly estimated the prospects of the project and expressed full support in its implementation on the part of the Republic of Belarus.