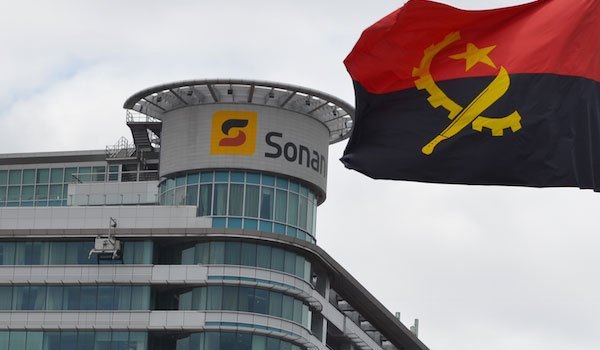 Angola’s National Oil Company (NOC) Sonangol has responded to the changing global financial landscape by accelerating its restructuring program and exploring new financial solutions that meet the requirements of today’s international debt market. Today’s market is significantly impacted by considerations about energy transition, which has become a defining factor for most major oil and gas sector lenders.

As the international community seeks consensus about how to drive energy transition globally, major international banks – including many that are prominently involved in the financing of oil and gas projects – have responded by entering into several agreements, committing to solely finance projects that will attain net-zero emissions between 2030 and 2050. One such agreement is the United Nation’s backed Net-Zero Banking Alliance which represents some of the world’s largest banks from 27 countries with assets of more than US$ 37 trillion.  The Net-Zero Banking Alliance requires its members to curtail lending to the oil and gas sector within the next 36 months, ultimately restricting access to finance for companies like Sonangol.

Financing challenges are not unique to Sonangol, especially as the entire sector emerges from a post COVID-19 slump in 2020 which saw demand and oil prices reach historic lows, including dropping below USD$20/barrel in April 2020. In the U.S. for example, over 107 oil and gas companies filed for bankruptcy, requiring the courts to oversee debt restructuring totalling USD$98 billion under Chapter 11 bankruptcy rules.

Restructuring for the future

Under the leadership of its Chairman and CEO, industry veteran Mr. Sebastião Gaspar Martins, Sonangol has accelerated its divestment program which it is hoped, will bring in billions of dollars in much needed financing through the sale of non-core assets.  Revenue from the sale is expected to strengthen the balance sheet of a much leaner and focused exploration and production entity. Over 70 shareholdings held by sonangol in companies across the world, including in real estate, oil and gas services, financial services, tourism, logistics, telecommunications, aviation and some operating blocks are up for sale.

The vision for a ‘Sonangol of the future’, as set forth by the leadership of the company, is one that will refocus its efforts on running together with its international partners and current operating assets in the most efficient manner possible, while at the same time investing in new exploration projects onshore and in Angola’s traditionally prolific offshore basins.

Sonangol’s restructuring also includes growing investments in the production of renewable energy. Together with oil majors ENI and TotalEnergies, the Angolan NOC has embarked on solar energy projects expected to come online in 2022, with an initial output target of over 60MW. Initial studies to access the potential of Green Hydrogen production in Angola is also underway.

Financing for the future

Sonangol’s solar projects represent an opportunity for the company to structure carbon neutral financing deals. More and more often, we see major oil companies embark on the structuring of such deals, by combining their demand for finance for traditional oil and gas projects with that for associated carbon offsetting initiatives. In many cases, companies simply purchase carbon credits under a recognised program such as the U.N.-sponsored CORSIA. CORSIA uses the proceeds from the sale of such credits to mass-plant trees or develop solar power farms in a bid to reduce greenhouse-gas emissions. Such novel structuring is likely to continue to grow, as more and more banks sign pledges committing themselves to net zero targets.

Accessing finance and refinancing existing debt at competitive market rates is a priority of the current leadership at Sonangol. To that effect, many changes in the manner in which financing is sourced have taken place. For example, the much-criticized pre-financing of crude sales at discounts is a practice of the past. Sonangol now predominantly relies on competitive bids from bona fide spot buyers for the sale of its crude. This has not only ensured better prices per barrel but has also ushered in much needed transparency and broadened the base of potential buyers of Angolan crude.

Energy transition has already led to major changes in the African oil and gas sector. The push towards decarbonisation and the rebalancing of IOC portfolios globally has led to many IOCs giving up assets in Africa. It is likely that we will see more oil and gas assets being sold by IOCs in coming years. According to Verner Ayukegba, SVP of the African Energy Chamber (AEC), “this, however, represents a great opportunity for indigenous African players and other non-traditional Africa-based operators to enter the sector and generate beyond market returns.” The AEC continues to advocate for a different pace of energy transition in Africa to that of other regions.

Africa is responsible for barely 3% of global greenhouse gas emissions with 17% of the world’s population. According to the AEC, more than 700 million Africans do not have access to electricity and the world should therefore focus more on enabling them access rather than curtailing much needed finance for projects that will lead to an increase in such access.

“It is unreasonable to demand that the Lagos or Luanda transition is done in the same way as New York or London,” Mr Ayukegba continued.

Financing oil and gas deals in the age of transition and many more key topics that affect the sector are scheduled to be top of the agenda of this year’s Africa Energy Week event scheduled to take place in Cape Town on the 9th-12th of November 2021.

6ix to host Africa Accelerating 2021
2 hours ago
IMF Executive Board Concludes 2021 Article IV Consultation with the Republic of Congo
2 hours ago
Strengthening Africa's pharmaceutical industry: learning the lessons from COVID-19
2 hours ago
Uganda Land Forces Commander visits Somalia to assess troop welfare
2 hours ago
In Dialogue with Rwanda, Committee on the Rights of Migrant Workers Welcomes Adoption of Progressive Legislation and Asks about Migrants in Irregular Situations
2 hours ago
Over 2 million Kenyans face acute hunger due to drought in Kenya, warns IRC
1 day ago
United Nations issues guidance on negotiating trade agreements for increasing trade resilience in times of crisis and pandemic
1 day ago