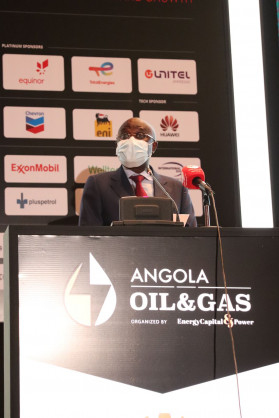 Opening the Angola Oil & Gas 2021 conference, H.E. Manuel Nunes Junior, Angola’s Minister of State for Economic Coordination, emphasized investment and the value of localization in Angola; Committed to driving investment in the oil and gas industry, the Angolan government is focusing on partnerships and collaboration; As the country accelerates its energy transition, localization and human capital development will continue to play a critical role in Angola's oil and gas industry.

In his inauguration speech at Angola Oil and Gas (AOG) 2021 on Thursday, H.E. Manuel Nunes Junior, Angola's Minister of State for Economic Coordination, emphasized Angola's investment potential. The minister highlighted the government's plan to accelerate growth in the Angolan energy industry through improved legislation that focuses on supporting and enhancing local businesses development.

“Our most important strategy in the energy industry continues to be human capital and the increased participation of local companies to supply products and services made in Angola to support the oil and gas sector. As we shift focus to energy transition efforts, we must implement investment initiatives that foster skills development that will drive the hydrocarbons industry into a cleaner and brighter future for Angola,” He said.