By APO Group
Share on Facebook Share on Twitter Share on WhatsApp Share on Telegram
Ghanaian businesswoman and entrepreneur Roberta Annan earlier this week launched a €100 million fund to channel investment into small and medium African creative and fashion enterprises. The Impact Fund for African Creatives (https://bit.ly/3BpJS1h) (IFFAC), will award grants of up to €50,000 to selected projects to accelerate development of the continent’s creative sector. The fund was… 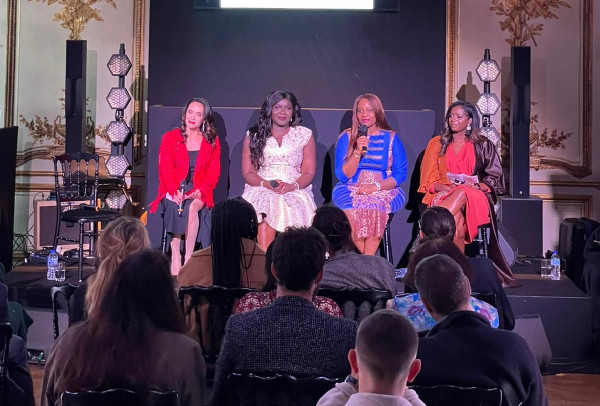 Ghanaian businesswoman and entrepreneur Roberta Annan earlier this week launched a €100 million fund to channel investment into small and medium African creative and fashion enterprises. The Impact Fund for African Creatives (https://bit.ly/3BpJS1h) (IFFAC), will award grants of up to €50,000 to selected projects to accelerate development of the continent’s creative sector.

The fund was launched at a ceremony held on Monday 4 October, 2021, during Paris Fashion week, and was attended by fashion industry experts.  Chinelo Anohu, Senior Director of the Africa Investment Forum also attended. The African Investment Forum, a flagship initiative of the African Development Bank, aims to channel investment into Africa.

Annan, who also founded the African Fashion Foundation, said that, in addition to grants, IFFAC will make a further €250,000- €2 million in venture capital available to African entrepreneurs who complete its skills-building program. “I have encountered so much incredible talent all over the continent, such originality and innovation,” said Annan. “But I have also noticed a lack of management skills, infrastructure, and start-up capital necessary to scale these creative businesses. This is the motivation behind IFFAC.”

Anohu said the Africa Investment Forum has been in talks with IFFAC as it curates projects that will feature at its upcoming AIF 2021 Market Days to be held in Abidjan, Cote d’Ivoire, from December 1-3.

“I applaud IFFAC for its plans to bring early-stage capital deployment, along with a structured program of training and mentorship to artists and entrepreneurs like Nigerian designer Kenneth Ize,” said Anohu. “For all those investors in this room, who believe, like I do, in the potential for commercializing the exports of Africa’s creative genius, I invite you to contact the Africa Investment Forum.”

Africa’s creative industry is an increasingly important part of the investment mix for the future of the African economy;  The Forum’s 2021 Market Days will showcase creative and cultural-sector deals from around the continent, including in film and television, as well as women-led projects, among other sectors.

While in Paris, Anohu also met European investors, including institutional investors, that are actively interested in Africa’s creative industry, as well as other key priority sectors under the Forum’s Unified Covid-19 response pillars (https://bit.ly/2YusiKP). These sectors include technology, renewable energy and agro processing.

Nigeria
Buhari, Tinubu, Dangote, others perform Lesser Hajj
22 mins ago
President Muhammadu Buhari has successfully performed the Umrah (Lesser Hajj) at the Grand Mosque in Makkah, Saudi Arabia, alongside the minister of communications Isa Pantami, and business moguls Aliko Dangote, Wale Tinubu, Dahiru Mangal and Abdulsamad Rabiu.
Business News
Shell posts quarterly loss as charge offsets oil surge
34 mins ago
Royal Dutch Shell on Thursday reported a net loss for the third quarter as a huge sum written off by the energy giant offset a surge in oil prices.
World
Covid caused record fall in migration in 2020: OECD
43 mins ago
The flow of immigrants to developed countries fell at its fastest pace ever at the height of the Covid-19 pandemic last year, the OECD club of leading economies said in a report Thursday.
World
Assange lawyer argues WikiLeaks founder still suicide risk
47 mins ago
WikiLeaks founder Julian Assange remains a suicide risk if extradited to the United States, despite assurances he would not be held in isolation at a "supermax" prison there, his lawyer said Thursday.
World
Sudan's anti-coup protests draw heavy handed crackdown
55 mins ago
Lashing, frisking, and arbitrary detentions -- Sudanese protesters say security forces have resorted to frenzied violence to quash street protests against the country's latest military coup.

APO Press Releases
B2Gold steadfast in its commitment to African investment and sustainability
48 mins ago
Download logo‘We provide jobs where there are limited opportunities for people and have mined safely throughout the world, helping communities and governments,’ explained Neil Reeder, Vice President of Government Relations for B2Gold. During the keynote address, Mr. Reeder outlined extensive community development, educational and environmental initiatives – including conservation and green mining – in Africa…