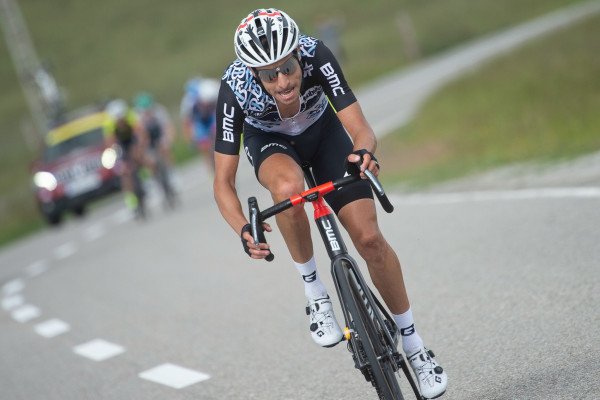 Team Qhubeka NextHash’s (www.TeamQhubeka.com) Italian star rider Fabio Aru has confirmed on the eve of the Vuelta a Espana that he will retire from professional cycling at the conclusion of the 2021 edition of the race.

Aru, fittingly, has chosen the Vuelta to conclude his professional career, an event that he won in 2015. It’s a decision that he has spent significant time considering and one which ultimately will see him focus on spending time with his young family.

The 31-year-old joined the team at the start of the 2021 season and says that he rediscovered his love for the racing his bike with Team Qhubeka NextHash, which culminated with him placing second overall at the recently concluded Vuelta a Burgos.

Reaching this decision has not been easy but it is something that I’ve been thinking about and discussing with my family for some time. I’ve been racing my bike for 16 years and for more than a decade as a professional, but the time has come now to prioritise other things in my life, my family.

During my career, as any bike rider will tell you, a significant time is spent away from home and for me this is now the right time to give back to them.

I’ve been fortunate to realise my talent on the biggest stage of all, and together with my teammates celebrate incredible successes.

I hope that I have been able to demonstrate the true values of sportsmanship over my career, and in doing so made people proud.

I also want to express a deep sense of gratitude to all of my former teammates and staff at my former teams – Astana and UAE – who elevated me throughout my career. We shared some incredible moments which I’ll forever be grateful for.

Finally, I want to pay a special tribute to Team Qhubeka NextHash. Within our organisation we speak about the spirit of Ubuntu – I am because we are – and this sense of togetherness, at a time when the world needs it most, has been amazing for me to be a part of.

I must admit that when I joined the team I was aware that it was special, different but had no real understanding of what it would truly be like. This team, without doubt is completely unique not just in cycling but across all sport, I am incredibly proud to race here and honoured to end my time as a professional with them.

After a tough few years, in 2021 I was able to race my bike again and ride at a level that I knew I was capable of, while smiling on the bike. That is a victory in itself, and something that I will forever be grateful for.

I want to express my sincerest thanks to Douglas Ryder, Lars Michaelsen, Gabriele Missaglia, Mattia Michelusi and all the team’s staff and my fellow riders, it’s an honour to be your teammate.

In our team we speak about hope, opportunity and platform in order to be able to change lives with the bicycle. Having played my part in this will be something that I hold dear for the rest of my life, and I will forever be a supporter.

I will continue to ride my bike because it is what I love to do but for now I’m focused on riding the Vuelta a Espana to the best of my ability with my Team Qhubeka NextHash teammates; and it’s fitting that my journey will end here in Spain, a place and a race where I have incredible memories.