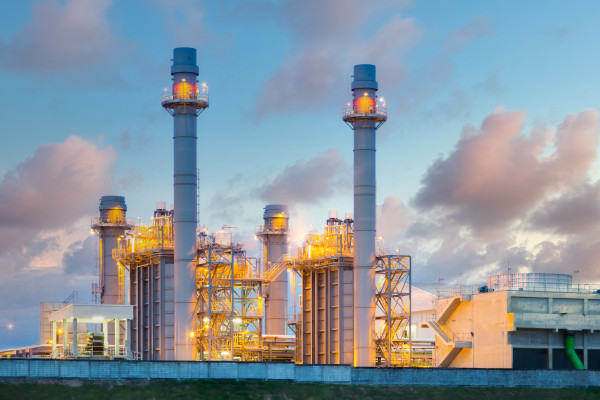 U.S. operators – including Noble Energy, Marathon Oil and Chevron – have played a critical role in executing the first phase of Equatorial Guinea’s flagship Gas Mega Hub, serving as a model for future U.S. investment in gas value chains across the continent.

The African natural gas value chain has become the preferred destination for foreign direct investment – not only because the continent holds over 500 trillion cubic feet of proven reserves, but also because natural gas is a critical step in the global energy transition and provision of clean, affordable power. In the U.S., the Biden Administration has made clear its commitment to supporting developing countries in their own pursuit of low- or zero-carbon economies. Home to 1.3 trillion cubic feet of natural gas, Equatorial Guinea exemplifies the impact of U.S. private investment on its domestic gas monetization drive to date, as well as the myriad opportunities still available to U.S. investors and suppliers within Africa’s fast-growing gas market.

Natural gas exploration and development is set to be unpacked at the upcoming U.S.-Africa Energy Forum 2021 in Houston, Texas on October 4-5. Organized by Energy Capital & Power – Africa’s leading energy event organizer – the two-day event will feature discussions on the successes and new horizons of U.S.-African energy partnerships, as well as Africa’s place in the global energy transition and continent-wide transformations. Equatorial Guinea’s Minister of Mines and Hydrocarbons H.E. Gabriel Obiang Lima is confirmed as a speaker, among other key government officials and industry leaders, with a view to strengthening bilateral investment and introducing American companies to further opportunities in Equatorial Guinea and the region.

Since the entry of ExxonMobil in 1994 and its subsequent discovery of the prolific Zafiro field, U.S. operators have played a major role in Equatorial Guinea’s hydrocarbons development. In fact, the U.S. represents the single largest foreign investor in Equatorial Guinea, which the country acknowledges through exclusive privileges like visa-free travel for Americans. Since then, oil and gas independents like Marathon Oil and Kosmos Energy have entered the upstream space, along with supermajor Chevron via its acquisition of Noble Energy last October. In partnership with the Ministry of Mines and Hydrocarbons, these companies have directly financed and developed Equatorial Guinea’s flagship Gas Mega Hub project, which targets the creation of an intra-African liquefied natural gas (LNG) trade through the development of several offshore gas hubs and monetization of neighboring gas reserves.

The first phase of the Gas Mega Hub was the successful completion of the $330-million Alen gas monetization project, which supplies gas from the Noble Energy-operated Alen Field to onshore gas-processing facilities at Punta Europa on Bioko Island. In April 2019, Noble Energy signed definitive agreements with Marathon Oil and the Government of Equatorial Guinea for tolling Alen Unit gas through the Alba LPG plant and EG LNG production facility, in which Marathon Oil is a majority shareholder. In February, Chevron, as the new operator of the Alen Unit, achieved first gas flow from the project, with new companies set to lift LNG cargoes directly from the EG LNG plant this year.

On top of revenues generated from the sale of gas on the global market, the African natural gas value chain offers a series of integrated foreign investment and export opportunities, including the creation of onshore manufacturing jobs in the U.S. In addition to minor modifications made to the Alen offshore platform to export gas – as well as modifications to the Alba plant to receive gas – Alen Unit partners installed and currently operate a 70-km pipeline to transport gas from the Alen Unit to Punta Europa. Bilateral cooperation within trade and investment between the two countries enables the provision of U.S. exports required for the development and construction of pipelines, platforms and associated infrastructure.

Another link within the African gas value chain that has been pioneered by Equatorial Guinea and capitalized on by U.S. suppliers is small-scale LNG, in which excess gas capacity is redirected to find new customers and supply smaller-scale power plants and projects. Because small-scale LNG caters to power generation for off-grid or remote users, it can foster demand in areas that were not previously reached by traditional LNG. In Equatorial Guinea, the country’s Gas Mega Hub paved the way for the construction of West Africa’s first LNG storage and regasification plant. Built by American manufacturer Corban Energy Group and located at the Port of Akonikien, the plant will enable the transportation and storage of LNG from the Punta Europa LNG Terminal to Akonikien on the southern border of the mainland. It will then be fed into the regasification plant to be distributed to smaller-scale power plants and LNG power stations throughout the country. According to Mordor Intelligence reports, the global small-scale LNG market features a compound annual growth rate of 21.34% between 2020 and 2025, in which U.S. investors can play a critical role in supplying investments in capital and technology.