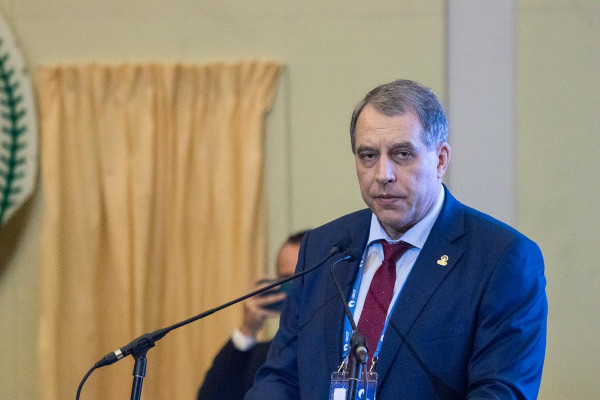 H.E. Yury Sentyurin, Secretary-General of the Gas Exporting Countries Forum, addressed Africa's role in the global gas market at AOG 2021; H.E Yury Sentyurin praised Angola's efforts in improving its legal and fiscal terms to attract investment to gas-related projects; Organized by Energy Capital & Power (www.EnergyCapitalPower.com) AOG 2021 is the first in-person oil and gas conference in Angola in 2021 focused on accelerating investment in Angola's energy industry in the wake of the COVID-19 pandemic.

“Six out of 18 GECF country members in Africa hold 90% of the natural gas reserves on the continent, and Angola is one of them. The African continent will witness the highest growth rate in natural gas among all world regions at nearly 150% by 2050. It is important to channel strategic investments in natural gas, and consider it as a reliable and affordable energy source that will play a crucial role in Africa's future, particularly for GECF member countries,” he said.

H.E. Sentyurin added that the GECF fully supports a range of initiatives in Africa, and commended the Angolan government’s efforts to ease foreign direct investment into the country.

“In Angola, the government has been working to improve the investment environment by amending legal and fiscal terms. The creation of a single contact mechanism for investors to obtain necessary authorization in a simplified manner is a progressive step,” he said.