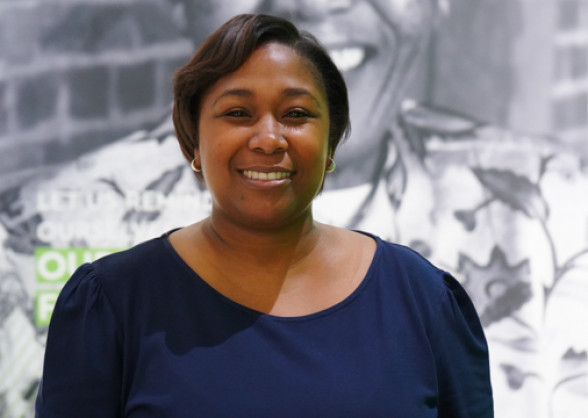 This year marks the 65th anniversary of the Women’s March in South Africa; while there have been many great strides over the years, more needs to be done to provide women with equal opportunity access to skills development and training, and ultimately sustainable career opportunities. And, organisations in the local BPO sector are showing that this is not only possible, but that it also makes good business sense.

South Africa’s unemployment rate hit a new high earlier this year, with women and youth especially hard hit. Our history is one where women were restricted from opportunities, and this can be seen here as well as in how many industries are male-dominated, and the BPO sector was no exception.

However, there has been a shift in thinking among leadership in the sector over the past five years and there is a conscious effort to provide more opportunities for women. Eight years ago, I was the first female director within the CCI Group, and now there are four women on the executive team – visibly demonstrating how recruitment policies have changed.

Non-profit organisations such as CareerBox provide industry leading demand-led training to equip these women with the skills and capabilities required to succeed in their roles after being placed with corporate partners, such as CCI South Africa. The intention is not so much to provide a job, but a sustainable career opportunity that includes growth, and ultimately has a positive impact on the communities that they come from.

The focus on women is clear to see: the majority of the 45 000 individuals who have undergone some type of training at CareerBox were women, while over 65% of the 3 700+ candidates who took part in management and leadership training programmes over the last five years were female.

While training programmes can help bridge the skills gap for women from disadvantaged communities, it is vital that organisations develop a culture of mentorship to help women progress in their careers. In the case of CCI, this has seen several CareerBox-trained women progress from being call centre agents to other roles.

Luyanda Mbeje, from Avoca Hills, had a start in the BPO industry as an outbound call centre agent, gaining experience as a trainer involved in campaigns for financial services clients, before joining CCI South Africa as a lead trainer in 2018.

“I have a passion for helping out. It goes beyond just providing a service, and thinking of how I can make a person's life easier. Joining a big BPO company like CCI seemed a scary prospect at first, but the company leadership we have had along the way were very supportive. It felt like moving from a management system to a family, and this, together with internal mentorship programmes I have undergone, has allowed my personality to shine through.

And, it's not just me – there are agents who have walked in through these doors without any experience, and they are now in senior management positions. There are opportunities for SA's women, the moment you know what you want, don't be afraid, but go for it and don't settle for less. Organisations like CareerBox can provide you with the platform to begin,” says Mbeje.

“Taking part in the CareerBox training helped tremendously as it gave me the confidence to be myself and show what I am capable of. As a trainer, I now work to ensure that our agents always have the right skills, as well as analysing performance and coaching agents to help them improve. It is a rapidly evolving industry that requires us to be adaptable and resilient, but we have shown that women are more than capable of succeeding and progressing here,” Mngoma says.

Masibonge Muthwa, from KwaMashu, decided to take part in the CareerBox training programme after being retrenched in 2015 – despite having previously worked in the call centre industry. Following the programme she started as a receptionist at CCI South Africa, before becoming a recruiter and then on to her current role as trainer. Muthwa was involved in both a recruitment and training capacity in the establishment of CCI in Kenya.

“I wanted to be more directly involved in empowering women and youth from disadvantaged communities, to instil hope in them, and to show belief in them – the same way my trainer showed belief in me. Despite having previous industry experience, little did I know that my training with CareerBox would open up so many career opportunities for me – and mentorship has played a critical role along the way. This sector offers opportunities for women regardless of the level of qualification or past experience, and they need to take advantage of whatever is available, and then work their way up,” says Muthwa.

Changing the way we do business

The BPO sector has been one of the few to continue showing growth and adding jobs over the past few difficult years of economic growth, and the ranking of South Africa as the most favoured BPO offshoring destination in 2021, in the annual Front Office BPO Omnibus Survey, demonstrates the confidence that international clients have in our infrastructure, skills and abilities.

There remains a keen interest from many international corporate giants looking to expand their BPO services into this country and boost employment, and a growing number are making impact sourcing a prerequisite for doing business. By working with organisations like CareerBox, the process would follow a tried and tested development that would reduce the element of risk and enhance their organisation’s B-BBEE levels.

The changes required go beyond adjusting recruitment policies to hire more women though; there are a host of other areas that organisations will need to give careful consideration to, including ensuring equal work and equal pay between male and female employees, as well as policies that address maternity, flexible working for returning mothers, and more.

Increasingly, change seems only to happen when companies are either incentivised or penalised – and it makes an impact on the bottom line. This is growing in popularity overseas, where both private and public sector organisations are making impact sourcing a key requirement of who they do business with.

And, it’s not just a tick-box exercise, with organisations genuinely interested in knowing what impact they have on communities. It allows them to take advantage of a large and untapped talent pool, while they benefit from higher motivated employees with lower attrition rates. Organisations are waking up to this realisation and are making the policy changes needed.

African women give me hope that there is a better future; we are at the forefront, fighting for change and equality in the workplace and working harder to create opportunities for themselves. There is a common unity among women who know the value they bring to organisations, and are looking for a place at the boardroom table and have their voice heard. Our time is now – we should not be afraid to leave our mark where we work or in our communities.

Distributed by APO Group on behalf of Careerbox.

About CareerBox:
CareerBox offers free training to unemployed young adults who wish to enter the growing BPO and contact centre industry, which has enormous potential to absorb and empower people from base entry up to management. It has placed almost 36 000 unemployed and previously disadvantaged candidates into jobs, of which approximately 66% are female. As a NPO, it actively seeks local and international partners determined to change the socio-economic climate of Africa’s youth. CareerBox hopes to open offices in Kenya and Ghana in 2021 too.
Website: www.CareerBox.co.za