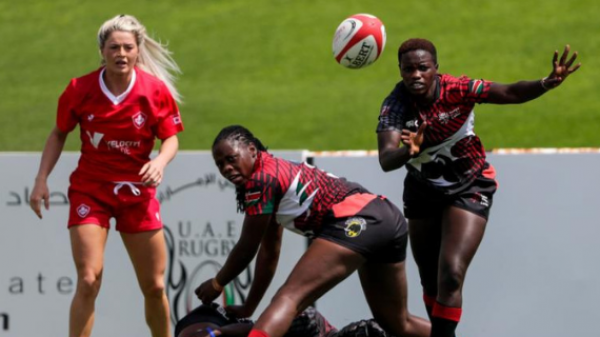 Andrew Amonde captains the Kenya Men's Sevens National Team, Shujaa to the Tokyo Olympics and is one of four survivors from the squad that did duty at the Rio Olympics in 2016 where they finished 11th overall. Also returning for their second Olympic appearances are Collins Injera, Billy Odhiambo and Willy Ambaka.

Commenting after unveiling the squad, Head Coach Innocent Simiyu said, “The selection was tough as all the boys put in the work. We are happy to have a few experienced players fit and back into the fold.Our key target is getting out of the pool. Our first pool game will set the standard for our performance in Tokyo.”

The men's rugby sevens competition in Tokyo will run from 26th to 28th July and Shujaa are in Pool C of the twelve-team competition alongside South Africa, USA and Ireland.

Olando captains the Lionesses to Tokyo

Kenya women's National Team Head Coach Felix Oloo has also named his 13 strong squad to do duty in the women's Olympic Sevens competition in Tokyo from 29th to 31st July.

Captain Philadelphia Olando is one of three survivors from the Lionesses squad that played at the Rio Olympics in 2016, the others being Sheila Chajira and Janet Okello as the Lionesses seek to navigate their way out of Pool A where they will face New Zealand, Russia and Great Britain.

Oloo gave an insight into squad selection, saying, ” We based our selection criteria on attendance, discipline, medical assessment, player fitness as well as an understanding of the game and positional roles each player has. This  is what guided our selection of the final 13 players.”

“We also have a few players who missed out on the selection because they are yet to recover from injuries picked up in previous tournaments.”

With the Lionesses drawn against New Zealand, Russia, and Great Britain, Oloo said, “I am very excited to play against the greatest teams in the world at the Olympics, much as we are the underdogs, we plan to play to win. We shall give our best and let character win the day when we take on to the pitch. We ask our fans back home to support us throughout the tournament.”