Somalia's Women and Children are Among the 1.84 Million to Benefit from Improved Healthcare Services
15 hours ago  APO Press Releases 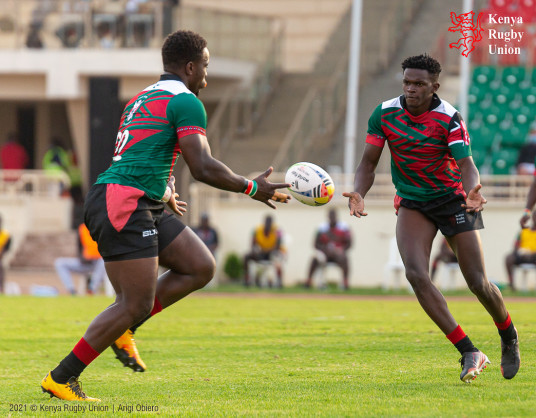 Kenya U20 Vice-Captain Matoka Matoka put on a man-of-the-match performance as Kenya beat Madagascar 21-20 in the final match of the U20 Barthes Trophy played at the Nyayo National Stadium on Sunday afternoon.

Both teams went into the match buoyed by huge wins over third-placed Senegal and everyone had their work cut out if they were to be crowned champions.

Tries from Maxwell Atera, Matoka Matoka and Captain John Baraka complimented by two penalties from Matoka Matoka were enough, in the end, to cancel out Madagascar’s three tries, one conversion and one penalty.

Kenya had already qualified for the 2022 World Junior Trophy and now they will feel they are more than prepared for a tougher test.

Speaking after the game, an elated John Baraka could not hide his joy as he attributed the team’s success to teamwork. “The game was a bit tense in the first half, the scores were tight, but we managed to widen the gap in the second half,” says Baraka.

“We gave in to pressure in the last minutes but in the end our teamwork and defence won it for us,” adds Baraka.

Former Kenya international scrum half Peter Mutai who is the team manager is glad they managed to win despite the late flurry by the Junior Makis. “We went off the script, but we were lucky we started the game on a high, much better than our last game against Senegal. We succumbed to pressure in the final minutes, it is a final anyway, but the good thing is that we went ahead early,” says Mutai.

“Congratulations to Madagascar, we respect a good challenge. Those guys play like sevens using their width so much. At the end of the day a win is a win so congratulations to the boys,” concludes Mutai.

Kenya has now successfully defended the title they last won in 2019 at the KCB Sports Club when they beat Namibia 21-18 in the final.