By APO Group
Since the West Africa Commission on Drugs launched a groundbreaking model drug law in 2018, civil society across the region and beyond has been engaging stakeholders on the need to use the model law as a blueprint for national reform. The model drug law promotes, among other things, the availability of harm reduction services as… 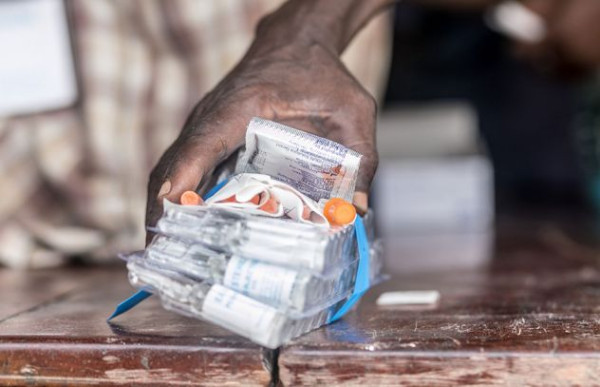 Since the West Africa Commission on Drugs launched a groundbreaking model drug law in 2018, civil society across the region and beyond has been engaging stakeholders on the need to use the model law as a blueprint for national reform.

The model drug law promotes, among other things, the availability of harm reduction services as well as the decriminalization of possession of drugs for personal use, which have long been called for by UNAIDS.

The documents were launched on 27 September during a virtual webinar live on Facebook and can be found in English, French and Portuguese at https://www.wadpn.org/resources.

“These new tools will directly support and empower civil society advocacy for more health- and rights-based drug policies in western Africa and, in turn, strengthen the response to HIV among people who use drugs,” said Patrick Brenny, the Director of the UNAIDS Regional Support Team for West and Central Africa.

Adeolu Ogunrombi, a West Africa Commission on Drugs Commissioner, underlined that the needs and demands for drug dependence treatment and harm reduction are high, but service provision is low in the region, and specified that the law provides guidance on this. He also noted that criminalizing the possession of equipment and materials, such as needles, syringes and other paraphernalia, has been demon­strated to undermine harm reduction service provision and uptake and to have a damaging impact on public health.

A case study was presented by Chinwike Okereke, a civil society organization representative and focal point for the West Africa Commission on Drugs in Nigeria, on the use of the model drug law. In 2020, a coalition of civil society organizations made presentations on the model drug law to key policymakers, including the Federal Ministry of Justice, the Drug Law Reform Commission and the National Drug Law Enforcement Agency. “The model drug law presented an opportunity to have face-to-face discussions and drive a buzz on the reform that led to a drug law reform round table where all key federal, criminal justice and state actors and civil society made a case for the adoption of the law as a template for reform,” he said. Further engagement with the Drug Law Reform Commission then led to the setting-up of a working group that is actively working on reshaping drug laws in the country. He also encouraged civil society to use the new explainers and urged technical and funding partners to invest more funding for this effort across western Africa, as law reform takes some time to achieve.

Distributed by APO Group on behalf of United Nations Programme on HIV/AIDS (UNAIDS).

Opinion
Insurgency: Approaches to cease further firing!
1 day ago
Insurgency in Nigeria started precisely in the Northeast and it has already taken over the whole nation as at today with the ongoing attacks on military facilities
Nigeria
Gunmen kill 43 in Nigeria's troubled north
1 day ago
Gunmen from a suspected criminal gang attacked a village market in northwest Nigeria's Sokoto state, killing 43 people, the state government said Monday. Heavily armed gangs known locally as bandits have terrorised northwest and central Nigeria for years, raiding and looting villages, but attacks have become even more violent in recent months. "Forty-three people have…
Nigeria
Japanese government earmarks $260,000 to combat piracy, kidnapping in Nigeria, others
1 day ago
The Japanese government has earmarked 260,000 dollars in its bid towards combating piracy and kidnapping in the Gulf of Guinea (GoG).
World
Belgian police break up cocaine network, arrest 2
1 day ago
Belgian officials announced Monday they had broken up a cocaine smuggling gang, arresting 27 people in a series of raids during which they seized drugs, guns and luxury goods -- including horses.
Sport
Biennial WC to stop super clubs hogging money, says FIFA's Infantino
1 day ago
FIFA president Gianni Infantino said on Monday his controversial plans to hold a World Cup every two years will help spread the fund's football generates away from a handful of super clubs.

APO Press Releases
Football champion Didier Drogba appointed World Health Organization Ambassador for Sports and Health
1 day ago
Download logoFootball legend Didier Drogba was today announced as the World Health Organization's Goodwill Ambassador for Sport and Health. Drogba, from Côte d’Ivoire, will support WHO to promote the Organization’s guidance on the benefits of physical activity and other healthy lifestyles, and highlight the value of sports, particularly for youth. Mr Drogba, well known for…

APO Press Releases
Positive momentum in Central African Republic must be maintained
1 hour ago
The announcement last week of a unilateral ceasefire in the Central African Republic is among recent positive steps in the country, the top UN official there told the Security Council on Monday, urging continued support for peace and reconciliation efforts.  Mankeur Ndiaye, Special Representative of the Secretary-General and head of UN peacekeeping operation, MINUSCA, underlined the need to maintain “positive momentum” as the…