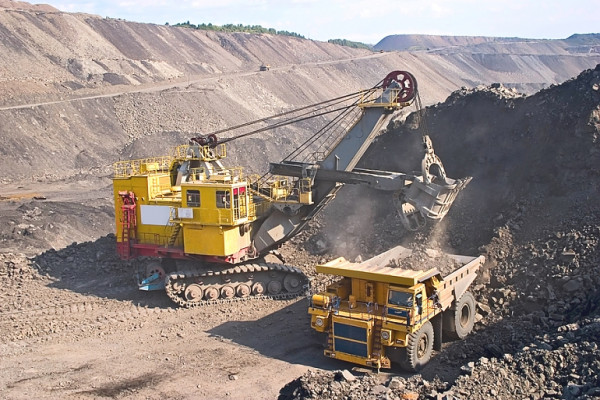 The Parliament yesterday endorsed the Bill for amendments of 13 laws, including the Mining Act which is meant to up government's participation in the management of its 16 percent free carried interest shares in mining companies operating in the country. Furthermore, the amendments proposed under Written Laws (Miscellaneous Amendments) (No. 4) Act, 2021 intend to facilitate establishment of special arrangements entitling the government to directly participate in the mining operations for the purposes of safeguarding the interests of the government.

Presenting the Bill before the House, the Attorney General, Prof. Adelardus Kilangi, explained that Section 18(4) of the Act is proposed to be amended by increasing the amount of fine to enhance deterrence against commission of the offence under that section. The Bill also proposes amendment of Section 83 to introduce a provision to recognise under the broker's licence the right to buy or acquire industrial minerals and building materials other than the right to buy or acquire gemstone or gold as already provided in section 83(1).

“The objective of the Amendment is to facilitate trade and collection of Government revenue. This Part further proposes to introduce a new section 132A with a view to allow compounding of certain offences under the Act. The objective is to ensure expeditious resolution of those offences,” he said. Prof. Kilangi revealed other amendments in the Bill are under the Judges (Remuneration and Terminal Benefits) Act and the Political Service Retirement Benefits Act to facilitate transmission of prescribed benefits and services of retirees under those laws through their respective offices to which they served.

Other proposed amendments, according to the AG, are under the Medical Stores Department Act aimed at allowing the Medical Stores Department to engage in production of pharmaceuticals in order to improve availability of medical supplies, equipment and diagnostics in health facilities. The Attorney General pointed out further that the term 'health commodities' which includes 'medical supplies' has been preferred for usage in lieu of the word 'drugs' which plainly connotes illicit drugs.

“The proposed amendments to section 3 intend to change the legal status of the Department to a legal entity. As a result of this change, the Department will be able to sue, be sued, own property and enter into contractual arrangements in its own capacity and hence, this will enhance its efficiency,” he said. He told the House also that there are proposals under the Bill to amend the National Health Insurance Fund Act in order to amend the definition of the terms 'child' in order to increase the age, which is up to 21, under which a child shall continue to enjoy benefits provided by the Fund.

Prof. Kilangi said that the definition of the term 'public servant' is also amended in order to widen the coverage of health insurance to public servants in public institutions, public corporations and parastatal organisations who are currently not clearly covered by the Act. It is proposed to amend section 25 in order to make provision for all monies paid to a public health facility to be deposited directly into the account of the health facility with a view to facilitating effective utilisation of its funds and enable the health facility to effectively discharge its financial obligations.

The Bill further proposes an amendment of the Non-Citizens (Employment Regulations) Act with a view to ensuring that there is a simplified and improved manner of issuing work permits to non-citizens workers as incentive to foreign and local investors who have decided to utilise non-citizen employees. Prof. Kilangi explained also that it is proposed to amend section 12 in order to extend the time limit for applicants willing to work in the Country from the current five years to eight years, which the applications have to be done on renewal basis from each twenty-four months.

Further to that, he said, the proposed amendments empower the Labour Commissioner to attach conditions to work permits with finality effect depending on a number of circumstances, one being the request by the applicant to stay in the country for a specific period of time. It is proposed to repeal and replace section 19 of the Act in order to provide special incentives to investors. The proposed amendments extend the immigrant quota from the current five employees to ten employees who shall stay in the country working during the whole period of investment.

“Further to that the investor employing ten local employees shall also be entitled to employ one non-citizen employee,” the Attorney General said. “It is proposed to amend section 22 of the Act to enable the Minister to make regulations which shall regulate the manner and processes of issuing work permits and incentives to investors,” he stated. Other laws under the Bill whose provisions are proposed to be amended include the Electronic and Postal Communications Act, the National Council for Technical Education Act and the Tanzania Extractive Industries (Transparency and Accountability) Act.

Other laws are the Tanzania Posts Corporation Act, the Universal Communications Service Access Act, the Vocational Education and Training Act and the Workers Compensation Act. Presenting views of the Constitution and Legal Affairs Committee, Chairperson Najma Murtaza Giga, said that the government should ensure the engagements of all stakeholders involved in the law, which is intended to be amended or enacted with the aim of presenting to Parliament inclusive ideas.

“This will eliminate stakeholders' complaints about non-participation during the preparation of Government Bills and thus avoid unnecessary contradictions during the implementation of these Acts,” the Chairperson, who is also a Member of Parliament under Special Seats (CCM), said. The Chairperson also noted that the government should ensure that the penalties and levies proposed in the Bills presented to the Parliament should be of realistic standards reflecting the real situation of the people and take into account the context of its implementation.

“The Committee's view is that, if these principles are not adhered to, it could create a conflicting environment between the Parliament and its citizens and also, such consideration would avoid unnecessary contradictions during the analysis and implementation of these laws,” she said.