By APO Group
Share on Facebook Share on Twitter Share on WhatsApp Share on Telegram
With over 180 trillion cubic feet of proven natural gas resources, coupled with global majors driving project developments, Mozambique has garnered significant interest from both regional and international players. Those very prolific offshore natural gas resources have the potential to unlock opportunities for the entire Southern African regional community, and were therefore the centre of… 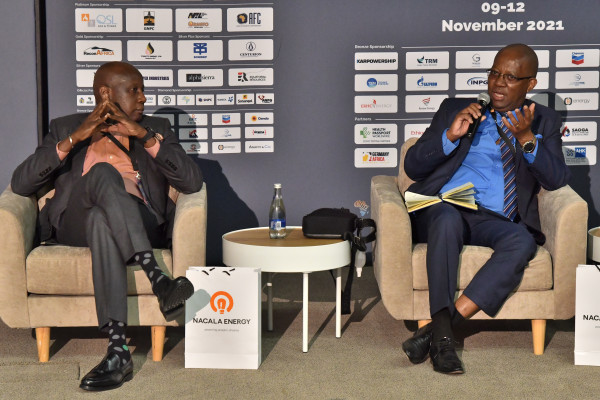 Those very prolific offshore natural gas resources have the potential to unlock opportunities for the entire Southern African regional community, and were therefore the centre of the debate during African Energy Week’s Country Spotlight Session on Mozambique on Wednesday.

The discussion brought together the leaders of Mozambican energy, including ENH’s Executive Vice President for Exploration and Production, Rudecio Morais, INP’s Executive Board Member for Exploration, Augusto Macuvele, the Executive Chair of the Mozambique Oil & Gas Chamber (MOGC), Florival Mucave, the Managing Director and Vice President at Sasol in Mozambique, Ovidio José Sarmento Rodolfo, and the Head of Oil and Gas at Standard Bank, Paul Eardley-Taylor.

Sponsored by GL Africa Energy, which invests in energy solutions in the Great Lakes and Southern Africa regions, the spotlight session featured a collaborative discussion on the exploration opportunities in Mozambique’s quest to exploit reserves and drive socioeconomic growth.

“I see a lot of opportunity for us in Liquefied Natural Gas (LNG), specifically in terms of how we gear gas into the market. LNG is an opportunity, if you can find buyers of real gas and pump it into the markets where it is needed,” said Augusto Macuvele, Executive Board Member for Exploration at Mozambique’s National Petroleum Institute (INP). “Obviously, we still need to talk about pipelines. When we look at LNG, we need to look at the logistics of how it is going to be run and to enable LNG to play a role in the transition”, he added.

Among key points of discussion, the session addressed obstacles in building gas-to-power plants and the challenges in enhancing Mozambique’s downstream and midstream capacities.

The question as to how the country can better position itself in the region as one of the leading LNG producers was central to the debate, alongside the need to promote local content policies.

“It is imperative to understand that the IOCs have signed Plans of Development with the Government of Mozambique and their obligation in terms of local content is enshrined in those specific agreements. Companies that provide services to the IOCs have the same level of obligations as the IOCs,” said Managing Director and Vice President at Sasol in Mozambique, Ovidio José Sarmento Rodolfo.

Meanwhile, the latest developments in Mozambique’s billion-dollar LNG projects and the challenges they have faced, served as a focal point during panel discussions. The restoration of stability and strengthening of security forces in Mozambique’s Cabo Delgado region will not only increase operator confidence, but also enable developments in TotalEnergies’s Mozambique LNG project to get back on track, consolidating the country’s position as a global LNG competitor.

“Mozambique has the potential to supply part of the demand for natural gas to the international market, considering its potential reserves. Strategically, the licensing of new exploration and production is not dispensable, since the energy transition process will be gradual, and natural gas represents a cleaner energy source until net zero emissions of pollutant gases are achieved”, said ENH’s Executive President for Exploration and Production, Rudecio Morais.

In response to challenges on the ground that led TotalEnergies to put the $20-billion project on hold, Macuvele assured investors that the government is doing its best to restore stability and strengthen security forces.

“The government is taking serious measures to address the situation of the recent insurgency. We also rely on the support of SADC countries. We are trying to stabilize the situation and believe that soon the project… will be allowed to resume,” noted Macuvele. “We are confident that the Rovuma Basin will see its first production next year. It is good to see development in an area that might otherwise be associated with instability, to have production instead and be an engine of growth and a positive note.”

As the Southern African region aggressively pursues innovative power generation solutions, the role and value of Mozambican gas was emphasised, as the panel explored strategies to accelerate gas-to-power projects and cross-border gas cooperation.

“Mozambique is interesting for natural gas-to-power. What is going to change rapidly and very soon is the Central Termica de Temane (Temane Thermal Plant – CTT) power project that will be taking the next development and the next generation of Sasol’s gas. It will also be connected through a transmission line to Maputo,” said Standard Bank’s Head of Oil & Gas, Paul Eardley Taylor.

“What we’d like to see is more entrepreneurs that come to Mozambique not with the intention of buying gas and exporting it to South Africa, but that look at the internal Mozambican market, although it’s small, as a market that will allow for penetration of regional markets,” said Ovidio José Sarmento Rodolfo, Managing Director and Vice President at Sasol in Mozambique. “With natural gas in Mozambique, there is a regulation that compels producers to dispose of 25% locally. The question is: how do you start creating those forward and backward linkages to the benefit of the entrepreneurs and the region?”, he concluded.

Nigeria
Currency risks, delayed counterpart fund, insecurity slow InfraCos takeoff
1 hour ago
The planned nationwide broadband deployment is being threatened by the slow takeoff of the licenced Infrastructure Companies (InfraCos), despite a longer tenor and cheaper licence costs...
Nigeria
Omicron: AU, governors, lawmakers call for end to travel ban, stigmatisation
2 hours ago
The African Union (AU), yesterday, called for an urgent end to travel restrictions imposed on some of its member states, saying the measures effectively penalise governments for timely data...
Nigeria
Crisis in power sector as Buhari sacks AEDC management
2 hours ago
In a rare and bold move, President Muhammadu Buhari, yesterday, approved the immediate sacking of the management of the Abuja Electricity Distribution Company (AEDC) following industrial action...
Sport
Real Madrid dispatch 10-man Inter to go through top of the group
2 hours ago
Real Madrid will go through as group winners to the Champions League last 16 after Toni Kroos and Marco Asensio each scored in a 2-0 win over Inter Milan on Tuesday.
Sport
Lewandowski slams Messi over Ballon d’Or speech
2 hours ago
Robert Lewandowski was unconvinced by Lionel Messi’s tribute towards him at last week’s Ballon d’Or ceremony, as the Bayern Munich star labelled his rival’s comments ‘empty words’...

Nigeria
Omicron: AU, governors, lawmakers call for end to travel ban, stigmatisation
2 hours ago
The African Union (AU), yesterday, called for an urgent end to travel restrictions imposed on some of its member states, saying the measures effectively penalise governments for timely data...

Sport
Real Madrid dispatch 10-man Inter to go through top of the group
2 hours ago
Real Madrid will go through as group winners to the Champions League last 16 after Toni Kroos and Marco Asensio each scored in a 2-0 win over Inter Milan on Tuesday.