The President of Tanzania, Merck Foundation CEO, The Prime Minister of TOGO, and Vice Presidents of Uganda and Benin named as Most Influential African Women
5 hours ago  APO Press Releases 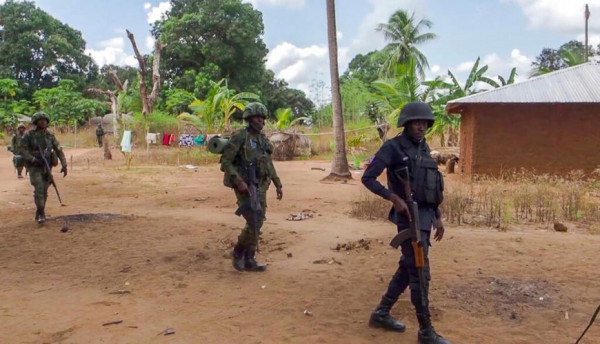 Mozambican and Rwandan government forces have taken control of Mocimboa da Praia in Mozambique’s northern Cabo Delgado province. The town had been controlled by an armed group linked to the Islamic State (ISIS) since August 2020. Mozambican authorities should now quickly move to ensure humanitarian aid reaches local residents who have been trapped in the town for more than a year.

The government should immediately facilitate rapid and unimpeded humanitarian access to Mocimboa da Praia, meeting obligations as a member state of the Kampala Convention, an African Union treaty on internal displacement, and under international humanitarian law.

Most residents had abandoned the villages surrounding Mocimboa de Praia following previous attacks by the armed group, locally known as Al-Shabab or mashababos. Many others fled the coastal town last August, walking several days in the bush or spending days at sea without food or water until reaching the shores of the provincial capital, Pemba. An unknown number of people stayed in Mocimboa da Praia, some shown in recent footage shared by Mozambican and Rwandan state media.

The Mozambican Ministry of Defense spokesman, Col. Omar Saranga, said joint military forces were in control of public government buildings, markets, and restaurants, along with the port, airport, and hospital. But he did not provide details on military or civilian casualties, or the number of people being detained. Troops were working to secure surrounding villages that are still under the armed group’s control, he said.

The joint Mozambique and Rwanda forces deployed to Mocimboa da Praia should uphold human rights and prevent abuses against the population. Government forces and non-state armed groups are obligated under international humanitarian law to protect civilians under their control and remove them from the vicinity of military operations. The Mozambican government should move quickly to fully secure Mocimboa da Praia town and surrounding villages before residents return to their homes. Failure to do so could place thousands at risk from further attacks by Al-Shabab and fighting between the group and government forces.