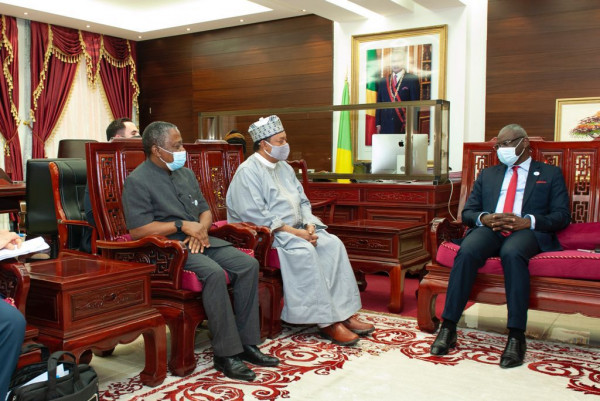 Representing the most recent state to join the Organization of the Petroleum Exporting Countries (OPEC), the Republic of Congo is consolidating its role as a regional oil producer and exporter by committing to strengthening collaboration and driving associated investment. A historic working visit undertaken by Secretary General H.E. Mohammed Barkindo and a delegation from OPEC emphasized the role that the organization will play in driving Congo’s oil and gas industry journey.

With 2.9 billion barrels of oil reserves and 10 trillion cubic feet of natural gas, the Congo is driving development across the entire energy value chain. Most notably, the SNPC has emphasized the role that natural gas will play in alleviating poverty and positioning the country as a regional energy hub. Sharing the NOCs ambitious Gas Master Plan with Barkindo during their meeting, Ominga demonstrated how the country aims to maximize its gas extraction efforts through large scale initiatives. By increasing gas production, the GMP aims to enhance the country’s energy sector diversification, promoting the role the resource will play in Africa’s energy future.

Additionally, during their engagements, Barkindo reiterated the value of the Congo as a member of OPEC, extending the organizations support to the country and H.E. Bruno Itoua, who is set to assume the Presidency of the OPEC Conference in 2022. With the Congo’s ambition to play an increasingly productive role in OPEC, and the country’s drive to become a regional market hub, Barkindo noted that “the timing is perfect for Congo to reach OPEC Presidency.”

“We welcome your encouragement and backing, your guidance, and your voice, particularly as the Republic of the Congo undertakes the Presidency of the OPEC Conference in 2022. The Conference Presidency, and its President, is a driving force behind the Organization and the Declaration of Cooperation (DoC), as has been evidently exhibited over the past four-and-a-half years. Your President, H.E. Denis Sassou Nguesso, has been a staunch supporter of the work of OPEC and the DoC and the Organization recognizes his great diplomacy and tact,” stated Barkindo.

“OPEC is engaging and speaking with Africa and not just talking to Africa. OPEC is not lecturing Africa; OPEC is listening to Africa. This is key. Secretary Barkindo going to Congo to meet with the National Oil Company, International Oil and Gas Companies, the leadership of the Country, the African Petroleum Producers Organization and the African Energy Chamber is great for both Congo and the African energy sector. OPEC is giving Africa a voice and inviting Africa to the table and listening to very strong African voices that might not agree with its position,” stated NJ Ayuk, Executive Chairman of the African Energy Chamber.

Meanwhile, the working visit saw insightful discussions on hydrocarbons place in the energy transition. As a strong opponent to policies affecting climate change and signatory of the Kyoto agreement on behalf of Nigeria, Barkindo acknowledged the need for a sustainable, cleaner and cheaper energy future. However, he insisted that hydrocarbons will still play a significant role in the coming years, providing an enduring energy supply and contributing to poverty reduction throughout Africa. Both Barkindo and Congo’s leaders stressed the role of hydrocarbons regarding the continent’s development – emphasizing that renewables are in fact, not in the only alternative for Africa’s energy transition.

“We at the Chamber believe that there is much common ground on which all sides of this discussion on energy transition could work together. Investing in Congo’s Oil and Gas sector and its gas masterplan is just one of them. An African energy transition and combating climate change must start by making energy poverty history and providing for 900 million Africans who have no access to clean cooking,” added Ayuk.

By working together to address climate change, and implementing policies that are practical, flexible, preditable, and sustainable, Africa can drive the energy transition while at the same time, ensuring that economic development does not waver. OPEC’s visit to the Congo emphasizes that an approach is needed which acknowledges the costs of action and inaction and the competitiveness of African oil and gas producing states. If all sides were to engage in dialogue with fair minded words and refrain from demonizing the oil and gas industry, and government were to collaborate towards an enabling environment with incentives that inspire a market-driven approach, Africa will see the significant reduction in greenhouse gas emissions and the acceleration in socio-economic growth.