By APO Group
Share on Facebook Share on Twitter Share on WhatsApp Share on Telegram
Following the success of Phase 1 of Rhisotope Project the next exciting aspect, the community outreach initiative, is underway. On the 16th of November a largescale aquaponics unit, situated in Paterson was launched. Scientifically, Phase 1 of the Rhisotope Project demonstrated that radioisotopes deposited into the horn of the rhino, remain in the horn and… 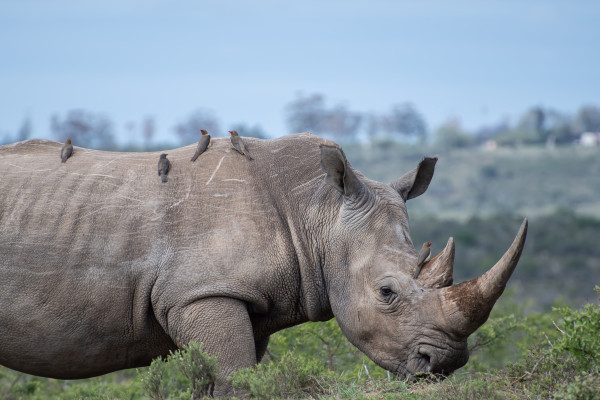 Following the success of Phase 1 of Rhisotope Project the next exciting aspect, the community outreach initiative, is underway. On the 16th of November a largescale aquaponics unit, situated in Paterson was launched.

Scientifically, Phase 1 of the Rhisotope Project demonstrated that radioisotopes deposited into the horn of the rhino, remain in the horn and do not move back into the animal. This demonstrates that the project will be safe for the animals marking a very key milestone in the project. Phase 2 of the innovative project is planned to commence in January 2022.

“The Rhisotope Project has reached the first major milestone in being able to demonstrate to the regulator, the university’s animal ethics committee, and stakeholders in the welfare of rhinos that it is completely safe for the animals”, said Dr. James Larkin, Director of Radiation and Health Physics Unit at the University of the Witwatersrand and the founder of the Project.

However, making scientific discoveries that can deal with a problem and save the species is only part of the deal. Another important job is to engage with the locals to help raise awareness of the issue. It is common knowledge that that no species can be protected unless local communities and stakeholders play an active part of this process.

Therefore, as part of the Rhisotope Project, a community outreach programme is vital. The founding sponsor of the Rhisotope project, Rosatom the aquaponics unit, as well as the training programme, is implemented by La Pieus, a leading aquaponics installer at schools, community projects and sites around Africa. The CEO of LPA is an 18-year-old ecology activist Rikalize Reinecke, who started her own aquaculture and aquaponics farm in 2014.

“Aquaponics is the most innovative farming method of the new century. This system gives you the opportunity to process food in your backyard and generate income. One system can feed a family of four to six people sustainably”, – said Ms. Reinecke.

An aquaponics unit will be run by local volunteers in collaboration with The Amakhala Foundation. All produce will go to feed the volunteer families, supply healthy and nutritious vegetables to a local soup kitchen and orphanage, as well as sell fresh produce to local lodges. The programme will also help to build and encourage entrepreneurial and business development opportunities for the volunteers.

Further to this, local school children will also benefit from the project.  The benefits will take the form of presentations on the Rhisotope Project and why rhinos matter in their everyday lives.  The informative lectures will be enhanced and supplemented by supplying the learners with educational support materials.

Rosatom Central and Southern Africa, a regional office of the Russian state energy corporation, is the key partner of the project. Its CEO, Ryan Collyer, is confident that this aquaponic unit is going to bring big difference to a daily life of this community. Mr. Collyer also pointed out that the development of aquaponics is key to food security in the long term. According to him, the aquaponics principle is based on the concept of sustainable development and environmental responsibility, which complies with Rosatom’s corporate values.

The Rhino Project is an initiative between WITS University, top global nuclear scientists, researchers, South African rhino owners and the best wildlife veterinarians in the world to significantly reduce rhino poaching. In short, by placing radioactive material in rhino’s horn, we create an effective demand reduction and rhino protection tool. It is giant leap forward in the protection of this endangered species. If the appetite for horn lowers so will poaching, the two challenges are not mutually exclusive and are inextricably linked.

The purpose of the project is to create a lasting and effective means of significantly lowering the amount of rhino being poached and killed for their horns. These animals need us more than you know. Through this project, Rhino Project will provide an effective tool in the toolkit of rhino protection, innovation and the ability to evolve as the landscape changes is key.

With the international nuclear and radiological expertise brought by Rosatom to this project, it will make a significant contribution to saving and protecting rhino by reducing the desire for rhino horn, by both poachers and the end user, through the effective use of radioactive technologies currently available. This will enable on the anti-poaching teams to be more effective, as well as assisting international and South African law enforcement agencies track and trace the rhino horn trafficking channels by using current nuclear security capabilities in airports and harbours. Trafficked rhino horn is not an industry of its own, it has become another lucrative “commodity” for the biggest crime syndicates to benefit from. Even though the trade in rhino horn is illegal and banned internationally, there are many countries that drive the illicit sale of horn, countries like Vietnam, China, Cambodia, Croatia and North Korea to name a few.

Distributed by APO Group on behalf of Rosatom. 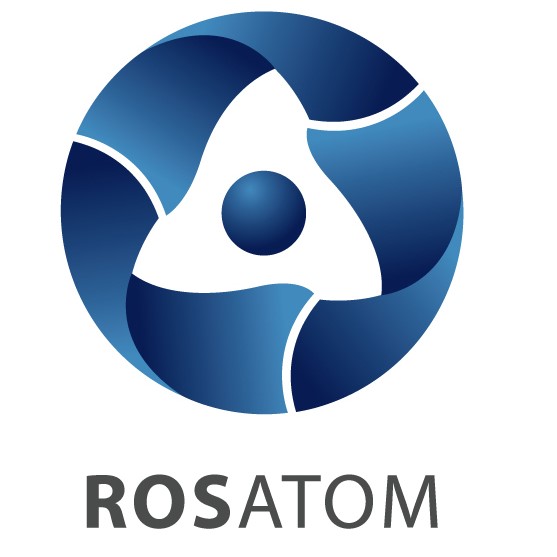 Nigeria
Flooding: Buhari meets leadership of Governors’ Forum, pledges intervention
41 mins ago
President Muhammadu Buhari on Friday met with the leadership of the Nigeria Governors’ Forum over the reported cases of flood across the country.
AMA Press Releases
Cameroon: Tips on bringing up money savvy kids
2 hours ago
Byline : Imane Charioui, Director of Francophone Africa, WorldRemit DOUALA, Cameroon, 7 October, 2022,-/African Media Agency (AMA)/- Right from birth, kids begin to actively pick up skills and knowledge as they engage with different environments. From the social skills they learn at home to the hygiene skills taught at school, all contribute to their development, but…
Features
Bowen University Scholar emerges Nigeria’s first scientist to win Harvard Prestigious Fellowship
3 hours ago
A Bowen University Professor of Environmental Microbiology, Olatunde Samuel Dahunsi has emerged as the first Nigerian Scientist to win the Harvard Radcliffe Fellowship in 2022/2023 cohort of 50 fellows.
News
The Guardian's Special Focus on Leading Champions of Local Content Driving Nigeria's Economic Growth
3 hours ago
Over the last twelve years, Nigeria has grown to master the practice of local content, to the extent of mentoring other resource-rich countries such as Uganda in promoting their own industries. Nigeria is one of the few countries to have enacted a primary regulation dedicated to it, with a broad objective to domicile a share…
Nigeria
Floods: FRSC issues road diversion alert to travellers along Abuja-Lokoja road
4 hours ago
The Federal Roads Safety Corps, (FRSC), has issued a road diversion alert to travellers along the Abuja-Lokoja road due to recent flooding around Kortonkarfi in Lokoja, Kogi state.

AMA Press Releases
Cameroon: Tips on bringing up money savvy kids
2 hours ago
Byline : Imane Charioui, Director of Francophone Africa, WorldRemit DOUALA, Cameroon, 7 October, 2022,-/African Media Agency (AMA)/- Right from birth, kids begin to actively pick up skills and knowledge as they engage with different environments. From the social skills they learn at home to the hygiene skills taught at school, all contribute to their development, but…

APO Press Releases
Turkish Cooperation and Coordination Agency (TİKA) Provides Equipment to Female Farmers
2 hours ago
TİKA continues to support agricultural associations and cooperatives operating in rural areas in Tunisia. TİKA develops projects to support rural development and the livelihoods of people who live in rural areas and have limited resources. In this context, the Agency has developed more than 30 projects in the fields of agriculture, animal husbandry, and fisheries…