By APO Group
Women have a critical role to play in advancing Africa’s oil and gas industry. Female participation in the energy sector remains low, and increased inclusivity across every level and within the entire energy value chain is crucial to ensure the continent’s development is ensured. During the MSGBC Oil, Gas & Power (https://bit.ly/3F6EQcf) Conference & Exhibition… 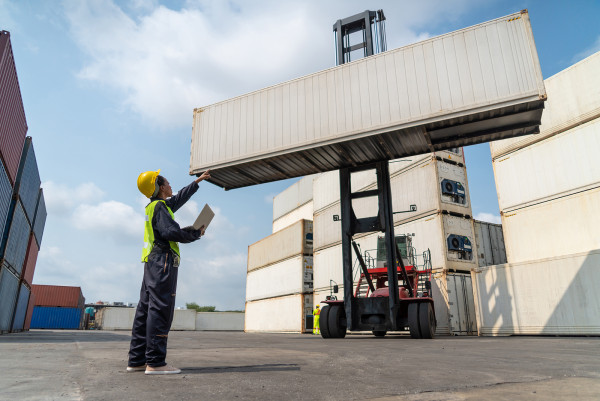 Women have a critical role to play in advancing Africa’s oil and gas industry. Female participation in the energy sector remains low, and increased inclusivity across every level and within the entire energy value chain is crucial to ensure the continent’s development is ensured.

During the MSGBC Oil, Gas & Power (https://bit.ly/3F6EQcf) Conference & Exhibition 2021, organized by Energy Capital & Power, taking place in Dakar on 2-3 December, one of the key round table discussions will focus on the role of women in oil and gas, and renewable energy and their contribution to the global uptake of the energy transition.

There are a growing number of women who are influential at International Oil Companies and in the public sector. Senegal’s Minister of Petroleum and Energy, H.E. Aissatou Sophie Gladima, is an inspiration for women who want to pursue careers in energy; and Meg O´Neill, Chief Executive Officer and Managing Director of Woodside Petroleum and Dr. Fatima Dia, Permanent Secretary of the Council for Renewable Energies in Senegal are role models for women in Africa’s energy sector.

“The role of women in the sector, particularly in Africa, will be highlighted during MSGBC Oil, Gas & Power 2021. Female participation in the continent’s energy sector as a whole is imperative for the advancement of the sector and the role of women throughout Africa’s energy value chain is one of the key topics that will be unpacked at the event,” Energy Capital & Power International Conference Director, MSGBC, Sandra Jeque says.

Thanks to the leadership of H.E. President Macky Sall and the Plan Senegal Emergent, the country is already far ahead of many others in sub-Saharan Africa in terms of the number of women in high level government positions. As Senegal prepares for a future as a major oil and gas producer when the world-class discoveries made offshore during 2014-2016 begin commercial production in 2023, it expected that women will play an ever more important role in the energy sector´s development.

Travel & Tourism
Lai, Kangiwa others for African Sports Tourism Hall Of Fame induction
32 mins ago
For pushing the frontiers of sports tourism and encouraging people to travel for sporting purposes, especially within their countries and the continent at large
Nigeria
COVID-19: PSC issues revised international travel protocol into Nigeria
2 hours ago
The Presidential Steering Committee (PSC) on COVID-19 has issued a revised international travel protocol into Nigeria, stating that all travelers arriving Nigeria, either vaccinated or unvaccinated...
Nigeria
Buni reshuffles cabinet, creates new ministry
2 hours ago
Gov. Mai Mala Buni of Yobe has approved a minor cabinet reshuffle and announced the creation of a new Ministry of Wealth Creation, Empowerment and Employment Generation.
World
New skeleton find could reveal more about Vesuvius eruption
4 hours ago
A skeleton discovered in the ancient Roman city of Herculaneum, destroyed along with nearby Pompeii by Mount Vesuvius' eruption nearly 2,000 years ago, could offer fresh insights into the disaster
Outlook
2023 election: The Nigerian youth must wake up
4 hours ago
The present reality of politics in Nigeria indubitably portrays a system that is under siege by the actions, inactions and reactions of the ageing political drivers of this country in policymaking and implementation. The current crop of leaders during the economy of this country is a paradigmatic shift from what was obtainable in the post-colonial…

APO Press Releases
Free Movement of People a Top Priority, Say West African Nations
5 hours ago
Free movement of people and goods, and fighting human trafficking should be top policy priorities, members of the Economic Community of West African States (ECOWAS) agreed at talks convened with the support of the International Organization for Migration (IOM), the UN Network for Migration and the African Union. Three days of consultations in Abuja this…
APO Press Releases
Hatch to showcase Canada-Africa solutions at Africa Accelerating 2021
5 hours ago
Download logoThe key event in the Canada-Africa Chamber of Business’s (www.CanadaAfrica.ca) calendar in the coming months will be an online-and-live international information exchange forum from October 26-28, focused on Canada’s vital role as a committed partner in Africa's economic restart after COVID-19. Hatch, a long-standing top supporter throughout the organization’s 27-year-history, is once again joining…

APO Press Releases
Coronavirus: Peace Corps Helps Launch Vaccination Campaign in Commune of Mantasoa
5 hours ago
With the support of the U.S. Peace Corps, the Mantasoa CSB II launched its COVID-19 vaccination campaign yesterday.  The campaign is providing free, Johnson&Johnson vaccines – a donation from the U.S. government – to approximately 4,000 community members in the 11 Fokontany of Mantasoa. “It’s great that we can provide vaccinations to the people of…

APO Press Releases
Food ration cuts loom for crisis-hit people in north-eastern Nigeria as severe hunger reaches 5-year high
5 hours ago
The United Nations World Food Programme (WFP) warns that it may soon be forced to cut food rations to more than half a million women, men and children in north-eastern Nigeria unless urgent funding is secured to continue life-saving operations in crisis-ridden Borno, Yobe and Adamawa states. The cuts would come just as severe hunger…

APO Press Releases
Douglas Ryder: Team Update
5 hours ago
Today we are not in a position to submit our initial application for our UCI WorldTour licence for next year to the sport’s governing body. We are actively engaged with potential partners, and our current partners, as we work to secure our future for 2022. Since inception our team has provided hope and opportunity to…

APO Press Releases
Senegal Gears up to Become a Major Gas Producing Country in MSGBC Region (By Miguel Artacho)
5 hours ago
By Miguel Artacho, Field Editor A number of world-class oil and gas discoveries took place in Senegal between 2014 and 2017. Oil and gas reserves worth more than 1 billion barrels of oil and in excess of 40,000 billion cubic feet of gas have been unlocked in Senegal. The country is now preparing to ensure that…