Somalia's Women and Children are Among the 1.84 Million to Benefit from Improved Healthcare Services
2 hours ago  APO Press Releases 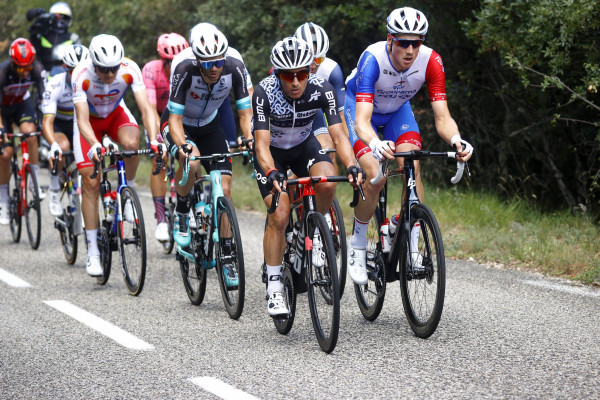 Nils Politt (Bora-Hansgrohe) won stage 12 of the Tour de France, being the strongest out of a 13-rider breakaway that also included Sergio Henao from Team Qhubeka NextHash (www.TeamQhubeka.com).

Stage 12 of the Tour de France got off to a rapid start as crosswinds in the opening kilometres created a few splits in the peloton. With all the GC riders right up at the front though, the echelon action soon calmed down which allowed 13 riders to jump off the front and quickly build a lead.

Sergio Henao from Team Qhubeka NextHash was part of the move and he and his breakaway companions pushed the gap out to over 15-minutes during the rolling 159km stage to Nimes. The difficulty for the Colombian climber was the stage had no significant climbs and he was joined by the World Champion, Julien Alaphilippe, and 11 other rouleur-type riders.

The rolling course suited them perfectly and when Politt attacked the group with 40km to go, it was clear he was on a very good day. The German got away with three others before going solo in the final 10km, to take a good win.

Henao came home with the chasers, crossing the line in a credible 10th place. The peloton rolled in 15-minutes down on the stage winner, with Tadej Pogacar (UAE Team Emirates) retaining the overall lead in the race.

I was speaking a bit with Carlos yesterday and we were saying that today was actually a good day considering my condition; so I took that into account and positioned myself well if the breakaway did go.

It was very high speed for the first hour or so and there we some nerves in the group, as we wanted to avoid any danger.

I concentrated on staying together with the guys that were super strong in the flats and I had good legs today. I'm very happy overall to finish among the front riders on the day and look forward to the further opportunities to come in the race.

Art meets whisky at Glenfiddich’s grande composition series
22 mins ago  Weekend Beats
Denrele: My style is an expression of individualism mixed with Charm
25 mins ago  Saturday Magazine
International travel largely on hold despite uptick in May
28 mins ago  Travel & Tourism
In deep depression, Dr. Maymunah reaches out to gloomy women
28 mins ago  Issues
Notes on a London heatwave
28 mins ago  Issues