By APO Group
Share on Facebook Share on Twitter Share on WhatsApp Share on Telegram
African Energy Week (AEW) 2021 has placed National Oil Companies (NOC) at the center of the continent’s energy sector transformation. Through dedicated NOC Summits, platforms for networking and engagement, and NOC spotlight sessions, AEW 2021 emphasizes and promotes the current achievements and future plans of NOCs. At an NOC spotlight session on Sonangol, Angola’s NOC,… 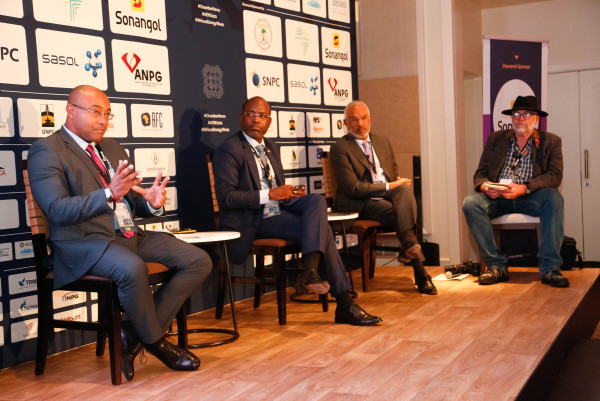 At an NOC spotlight session on Sonangol, Angola’s NOC, speakers presented the company’s exploration and production strategy, providing insight into how the company is driving hydrocarbon development in key basins across the country.

Moderated by Geoff Hill, Director, Something of Value, panel participants included Osvaldo A. Inácio, Executive Director, Sonangol; Ricardo Van-Deste, CEO for the exploration and production Business Unit, Sonangol; and Paulo Guedes, Director of Renewable Energy, Sonangol. The panel session commenced with opening presentations about Sonangol’s current activities, future plans, and strategies to enhance production and contribute towards an energy transition. With a key focus on the company’s accelerated ambitions as an operator, Sonangol’s restructuring played a role in enabling the company to increase exploration.

“When Sonangol went through its restructuring process, the role of concessionaire was moved from Sonangol to a separate agency. This was a turning point because we could finally focus on being an operator. By transferring the regulatory side, this represented a big milestone from an industry standpoint and also for Sonangol,” stated Inácio.

Meanwhile, as the country actively pursues production increases, Sonangol is taking the lead in developing both the upstream and midstream sectors. Notably, through establishing itself as a lead operator across key assets, the company is making moves to position itself as Africa’s top hydrocarbon producer.

“We have structured a very ambitious five-year plan, structured in five different categories. It is focused on building skills, innovating around technology and partnerships; on safe and secure operational facilities; and on increasing not only the production but profitability. Last but not least, it is also focused on financing. We can go anywhere if we are able to source the right financing,” stated Inácio.

“Sonangol is involved in over 30 assets worldwide and these will require a high level of investment. When we look at all the projects in Angola, Sonangol will be the largest investor in oil and gas from 2021-2025. We do talk about the transition, but we all agree that oil and gas will continue to play a role. We have selected 8 assets that will show us divesting. Our main objective is to get funds to finance our exploration and development strategy. When you look at the energy transition world, this will prove a challenge. But this portfolio comprises a strategy to finance our projects. It is also an opportunity for us to reduce operational costs and have the chance to increase our revenue. The funds we gain from this exercise will be channeled into exploration and production in order to benefit the Angolan oil industry,” stated Van-Deste.

In addition to oil sector ambitions, Sonangol is divesting its portfolio to include natural gas. Although oil remains a predominant resource in Angola, natural gas represents the ideal transitionary resource towards a clean energy future.

“We talk a lot about gas and how we can use gas. There is one thing we need to take into account. In order to use gas, we need to find gas and explore for gas. Traditionally, angola has been an oil country. There are now some regulations that allow for companies to explore for gas. We need to explore more to find gas and add to the clean energy environment. When we did our restructuring program, we created a business unit for refining and added the petrochemical portion to that. We have the upstream portion to explore and develop gas and some projects to utilize that gas such as gas to power projects and petrochemicals. We have that in our plans and in our portfolio,” continued Inácio.

In addition to driving gas exploration in Angola, the country is moving to establish gas transportation infrastructure to improve distribution and utilization across the country. Despite the resource being relatively underdeveloped in Angola, ambitions to expand the sector are in the pipeline.

“We are also looking at our internal operations from upstream to downstream and how to minimize the utilization of fossil fuels. A large number of alternative types of facilities are being planned to decrease operational costs and contribute to the environment. We can also facilitate the transportation of gas in case new fields are discovered,” stated Guedes.

World
IMF to grant Zambia financial relief in return for ‘bold’ reforms
28 mins ago
The International Monetary Fund (IMF) has announced plans to give financial relief to Zambia in return for economic reforms.
Nigeria
Lagos Government shuts Dowen College over student’s death
1 hour ago
The Lagos State Government has ordered the indefinite closure of Dowen College, Lekki, over the death of Sylvester Oromoni Jnr.,a student of the school.
Sport
Dortmund 'praying' Haaland stays next season, says Riedle
2 hours ago
Borussia Dortmund legend Karl-Heinz Riedle says the Bundesliga club is 'praying' star striker Erling Haaland stays next season as they fend off interest from the Premier League.
World
At least 17 suspected Omicron cases after Oslo party
2 hours ago
At least 17 people who caught Covid-19 after a Christmas party with more than 100 guests in Oslo last week are suspected of having the Omicron variant, officials said Friday.
Nigeria
Procurements, postings at Refugee Commission in line with procurement act - NCFRMI
2 hours ago
The National Commission for Refugees, Migrants and Internally Displaced Persons (NCFRMI) says media attack would not distract the management. The establishment is under the Ministry Humanitarian Affairs, Disaster Management and Social Development. Sampson Ikemitang, Head of Public Relations, in a statement, insists procurement processes and approvals are in line with the Public Procurement Act, 2007.…

APO Press Releases
Uganda ready to implement new secondary curriculum
29 mins ago
The Prime Minister and Leader of Government Business in Parliament, Robinah Nabbanja, has informed legislators that Uganda's education sector is on course in rolling out the new lower secondary school curriculum when schools reopen in January 2022. "Government has recruited and deployed 1,598 staff in the newly completed seed secondary schools under the Uganda Inter-governmental…
APO Press Releases
Sweden and UN Agencies launch multi-year project to strengthen food and nutrition security in Mali
29 mins ago
Download logoThe Government of Sweden, the Food and Agriculture Organization of the United Nations (FAO), the United Nations Children’s Fund (UNICEF), and the World Food Programme (WFP) have signed a four-year programme to strengthen the resilience of vulnerable communities affected by food insecurity, malnutrition, and the effects of climate change in the Malian regions of…
APO Press Releases
Tigray conflict: UN experts call for urgent action to stop violence against women
29 mins ago
Download logoUN human rights experts* today expressed grave concern about the widespread sexual and gender-based violence committed against women and girls in the Tigray, Amhara and Afar regions of Ethiopia by parties to the conflict. They reiterated the recommendations by the Ethiopian Human Rights Commission-Office of the High Commissioner for Human Rights Joint Investigation report, for…
APO Press Releases
IMF Staff Reaches Staff-Level Agreement on an Extended Credit Facility Arrangement with Zambia
29 mins ago
Download logoThe IMF team reached a staff-level agreement with the Zambian authorities on a new arrangement under the Extended Credit Facility (ECF) for 2022-2025 to help restore macroeconomic stability and provide the foundation for an inclusive economic recovery. An International Monetary Fund (IMF) team led by Allison Holland, Mission Chief for Zambia, conducted a virtual…
APO Press Releases
Minister Thoko Didiza welcomes opening of 100% black-owned winery by children of farm labourers
29 mins ago
Download logoThe Minister of Agriculture, Land Reform and Rural Development, Ms Thoko Didiza (MP), welcomes the opening of a 100% black-owned winery by the children of farm labourer. Klein Goederust is the first and only 100% black-owned wine farm in Franschhoek. The 116-year-old Klein Goederust farm was solely acquired from the savings of many years…