Team Qhubeka NextHash excited to return to the Tour of Britain 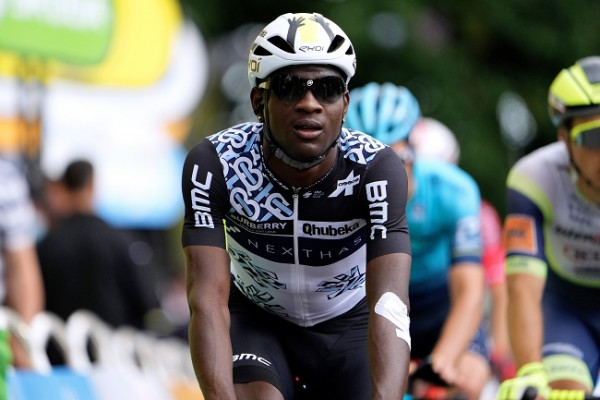 Team Qhubeka NextHash (www.TeamQhubeka.com) has announced an exciting lineup for the upcoming AJ Bell Tour of Britain that sees the inclusion of the European champion Giacomo Nizzolo and Nicholas Dlamini, former winner of the King of the Mountains classification.

The Tour of Britain is an event that our team has thoroughly enjoyed competing at in previous editions with notable success and we’re excited for this year’s race that gets underway on Sunday in Penzance.

Along with Dlamini and Nizzolo, also included is Australia’s Simon Clarke who will be looking to spearhead our aspirations overall as well as Giro d’Italia stage-winner Mauro Schmid.

They will be supported by multi-talented Carlos Barbero who will look to make an impact in the fast finishes as he’s done in the past, as well as the USA’s Sean Bennett who earlier this year completed his first-ever Tour de France.

“I am really looking forward to it! It’s a similar sort of road racing that we grew up doing in Australia so it’s as close to going home to race as we get. It’s a race that I’ve done a bunch of times right from when I was under 23 looking to turn pro and a bunch of times since I’ve been pro. So it’s always nice to go back there, being an English-speaking country for a week or so having not been back to Australia for two years now so it should be good. It looks like a rather undulating, pretty challenging Tour of Britain this year which is interesting for me and I’m looking forward to tackling it.“

“This race will be a crucial part of my preparation for the World Championships later this month. Of course, if a chance presents itself then I will look to take it, but my main focus is to ensure that I work on my shape and take the next step in building my condition towards that goal.”

“I’m super-excited to head back to the Tour of Britain, it really is one of my favourite races as I’ve won the King of the Mountains jersey in 2019. I’m excited to go back with the team this year, we’ve got a strong line-up with punchy riders so I think it calls out for some good aggressive racing. There is quite a strong line-up overall with some big names announced for the race but I think with the team that we have this year we should be able to put out some really good results.

I am also nervous as I’ve been off competition for a few weeks so gaining the confidence again to bump shoulders in what I imagine could be some tricky conditions will be nerve-wracking but all-in-all. I’m just excited to get back to racing.”

I am very excited and looking forward to the Tour of Britain. It’s a very beautiful race with great fans in which we will look for opportunities during the eight days of racing. There are long stages with a parcour going up and down all day that surely presents a good show for everyone!