Somalia's Women and Children are Among the 1.84 Million to Benefit from Improved Healthcare Services
8 hours ago  APO Press Releases 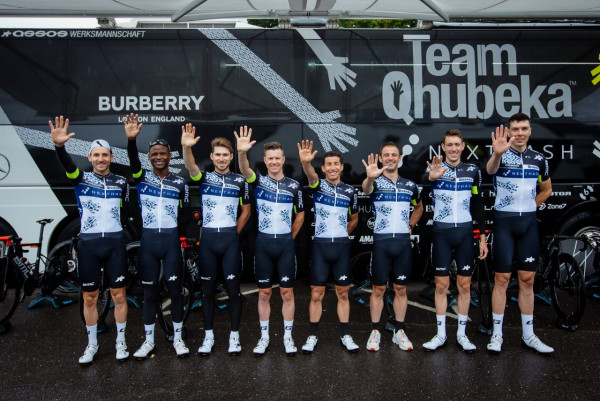 This year we’re calling on you to put your hand up for Team Qhubeka NextHash (www.TeamQhubeka.com) and Qhubeka. Our goal is to raise funding for 108 Qhubeka bicycles during Le Tour de France which will change the lives of 108 children in Africa.

To get the campaign underway, our eight participating riders all immediately committed to purchase a bicycle each; and now challenge all of our supporters and partners to get involved to continue to change lives with bicycles.

As part of the campaign, a special video has been released which can be viewed below.

It symbolises how we are all connected to one another – in the toughest sporting environment – through the lows and the incredible highs. The hand defines who we are: it is our purpose.

The hand is symbolic of the Qhubeka logo, illustrating that bicycle beneficiaries are receiving a hand up in their lives, and not a handout. The hands on our kit are a reminder of our fans and partners around the world, who continually support us through the good and bad times, showcasing the true meaning of Ubuntu- I am because we are.

Our partners continue make it possible for us to change lives with bicycles, as together we continue to move forward in effecting meaningful change in the world.

A Qhubeka beneficiary puts their hand-up to earn Qhubeka bicycles. people earn bicycles through qhubeka’s programmes, whether through planting trees, recycling or giving back to the community.

How to get involved