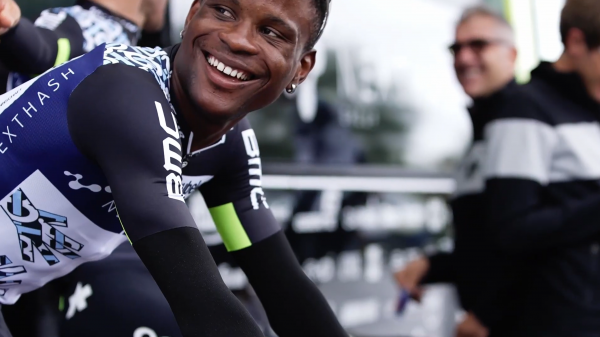 Team Qhubeka NextHash (www.TeamQhubeka.com) has released the first of a series of short films from the 2021 Tour de France titled ‘Success’.

This content focuses on South African cyclist Nicholas Dlamini’s participation at the world’s biggest cycling race, and how his story has served as inspiration to millions across the world.

Douglas Ryder – Team Principal
“To be at our seventh Tour de France is incredible. The dream was always just to get to one, and to see the team racing again just makes me so incredibly proud of what we’ve achieved together.

Our team selection has certainly made global headlines, and rightly so, the DNA of this team and what it wants to achieve in the world is centered on Nic’s story, and other young riders like him that are waiting to be discovered. Just him being on the start line defines success for us.

Also, prior to the start we made the very exciting announcements of new partners in NextHash as well as Burberry and launched a kit that has been the talk of the cycling world. That came with a name change for the remainder of 2021, with NextHash’ long-term commitment to the team.

It’s a hugely exciting time for our team and we continue to look for significant partners who would align with our purpose in effecting positive change in the world through cycling.”