Somalia's Women and Children are Among the 1.84 Million to Benefit from Improved Healthcare Services
9 hours ago  APO Press Releases 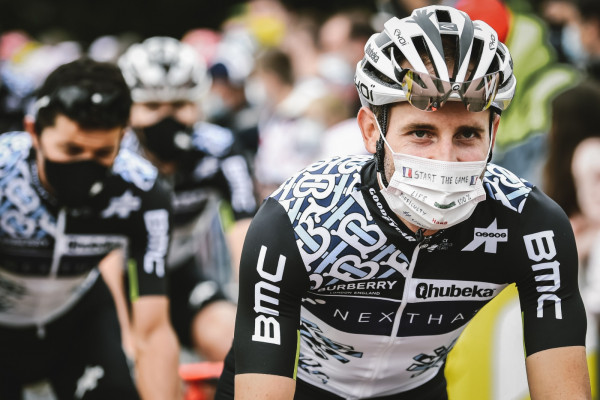 The opening stage of the Tour de France, a 198km loop around Brittany, was a dramatic affair, but not always for the most positive of reasons.

Team Qhubeka NextHash were part of the early action as Victor Campenaerts and Max Walscheid were the first two riders to attack today. Campenaerts would summit the first category 4 climb of the race, in first place, but the peloton quickly brought back the UCI Hour Record holder.

A break of 6 riders eventually went clear but the peloton kept them close, as the punchy finale suited a number of the pre-race favourites. Drama then struck with 45km to go, as a fan got in the way of the peloton and caused a mass crash at the front of the race.

Fortunately, all Team Qhubeka NextHash riders got through the carnage to continue racing. As the break was caught and the peloton raced toward the finishing climb, another high speed mass-crash occurred with 7km to go. Once again, luck was on our side as all our riders managed to escape without serious injury.

The crashes had obviously shattered the peloton, leaving just 25 riders to contest for stage honours. The World Champion, Alaphilippe, took a brilliant win while Michael Gogl and Sergio Henao were the first riders home for Team Qhubeka NextHash, finishing in the 2nd group on the road.

Team Qhubeka NextHash wishes a speedy recover to all those injured in today's crashes.

I think it was one of the first stages of a race that I've done in a while where there were so many big crashes but I think we can be happy that nobody really was too badly hurt, it could have been worse. The race was everything that we expected, first stage are always like that, with a lot of stress in the bunch.

It was really good to make my debut and the race started pretty fast. Victor was very good on the first climb but from there it didn't really stop, it just carried on for another 15km or so before the race slowed down but you could still sense the tension in the peloton with everyone still nervous. And after the first big crash things got more tense as the speed increased in the final but also the roads didn't get easier with the road furniture.

I think that we can really look forward to the next stage now and take it day by day.

I just want to again thank everyone for the incredible support that they've given to me and the team. It's been incredible, and we will continue to strive to make everyone proud as we continue to change lives with bicycles.

It was a really hectic start as usual at the Grande Depart. In the final there was another really big crash and I came through alright but Sergio lost a few positions and wasn't in the right position to contest.

You had to have the legs for that sort of final so I we're not satisfied overall with the day but most importantly we're relatively unscathed and so we look forward to the opportunities to come.