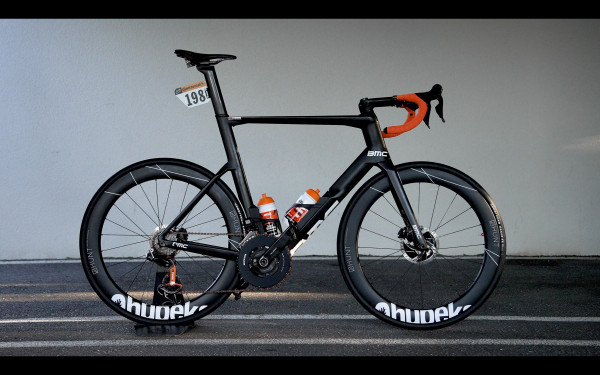 Team Qhubeka NextHash (www.TeamQhubeka.com) will once again celebrate global icon Nelson Mandela on 18 July at the Tour de France, and in doing so promote a message of peace and harmony across the world.

Team Qhubeka NextHash has a deep connection with Mandela Day – the birth date of the former South African president – as it won its first-ever Tour de France stage on the day in 2015 with Steve Cummings' famous victory in Mende. While our purpose in effecting positive change through bicycles truly shows that sport has the power to change the world, an ideal that Mandela espoused.

Now appearing at the race for a seventh time, as in previous years, a number of our team elements will be changed to orange; the colour of piece and harmony, in recognition of this special occasion.

Mandela is known for his kindness, compassion and forgiveness; and he loved sport and connecting people through it and its power to change the world in a way that nobody else could. That’s the most beautiful thing about Mandela Day.

With the theme of the day being orange we’ve once again put some detail onto our bikes that reflect this, and I want thank all of our partners for sharing in this special moment.

To live in harmony is to accept yourself and others as they are, having the strength to follow your dreams and seeing the positive aspects in any situation.

I think where humanity is suffering today it’s even more relevant and particularly in South Africa which is facing major difficulties. That’s the beautuful thing about the detail that we’ve put on the bikes this year to remind us that we need to live in harmony together, and the colour orange gives us that motivation.

The beautiful thing is that this day always falls during the Tour de France and this year as a result of the Olympic Games it just happens to fall on the final stage. How beautiful is that?

If you looked at Steve that day as he put his hand up – the symbol of the Qhubeka Charity – which speaks to everything that we’re about as a team. Young people put their hands up for bicycles for social mobility and for that to happen on that day was just absolutely epic, that’s why this day is just so special to us as a team.