By APO Group
Brand Introduces Real Magic, its first new global platform since 2016 and reveals the “Hug,” a new perspective on the iconic Coca-Cola (www.Coca-ColaCompany.com) logo; brand launches “One Coke Away From Each Other,” the first global campaign under the Real Magic Platform Coca-Cola today unveiled a new global brand philosophy and platform called Real Magic, which… Brand Introduces Real Magic, its first new global platform since 2016 and reveals the “Hug,” a new perspective on the iconic Coca-Cola (www.Coca-ColaCompany.com) logo; brand launches “One Coke Away From Each Other,” the first global campaign under the Real Magic Platform

Coca-Cola today unveiled a new global brand philosophy and platform called Real Magic, which invites everyone to celebrate the real magic of humanity.

The platform refreshes the brand’s trademark promise – to unite and uplift people every day – with renewed relevance for the world we live in today. The platform is built from lessons of the last 18 months: that we can find magic all around us when we come together in unexpected moments that elevate the everyday into the extraordinary. It also acknowledges the many contradictions experienced as new generations find harmony and human connection in a virtual and divided world.

“Coca-Cola is a brand defined by dichotomies: humble but iconic, authentic yet secret, real yet magical,” said Manolo Arroyo, Chief Marketing Officer for The Coca-Cola Company.  “The Real Magic philosophy is rooted in the belief that dichotomies can make the world a more interesting place – a world of extraordinary people, unexpected opportunities and wonderful moments. At the same time, it captures the essence of Coca-Cola itself: a real taste that is indescribable, unique, a touch of real magic.”

Real Magic marks the first new global brand platform for Coca-Cola since 2016 and is being launched alongside a refreshed visual identity for Coca-Cola, as well as a new perspective on the Coca-Cola logo that will feature across Coca-Cola marketing. Inspired by its representation on Coca-Cola’s iconic packaging, the “Hug” logo lifts the curved Coca-Cola trademark on bottle and can labels to provide a visual signature that will embrace and frame moments of magic across Coca-Cola’s communications.

Coca-Cola is collaborating with artists, photographers and illustrators to bring the concept of Real Magic to life through the embrace of the Hug logo. Through their own distinct and unfiltered lenses, they will bring moments of everyday magic to life in ways that are inclusive and collective, yet also individual and expressive.  Design partners include Wieden+Kennedy London, KnownUnknown and Kenyon Weston.

“Real Magic is not simply a tagline or a one-off campaign: It is a long-term brand philosophy and belief that will drive and guide marketing and communications across the Coca-Cola Trademark,” Arroyo said.

Real Magic launches with a new campaign called “One Coke Away From Each Other.” Blending real and virtual worlds, “One Coke Away From Each Other” is a metaphor that speaks to the belief that what unites us is greater than what sets us apart and celebrates our common humanity. The film, which launched digitally on September 27th, asks what if Coca-Cola, as a symbol of togetherness, could bridge universes meant to be apart to create Real Magic. The film also features three well-known gamers – DJ Alan Walker, Team Liquid’s Aerial Powers and Average Jonas.

Coca-Cola partnered with advertising agency BETC London to create the “One Coke Away From Each Other” campaign, as well as leading film director Daniel Wolfe and gaming and CGI specialist production partner Mathematic.

The campaign also features social and digital executions, as well as out of home. In select markets, Coca-Cola is running a code hunt beginning Oct. 11 where people can win prizes, including gameplay sessions with celebrity gamers. There are 25 codes hidden within the film. Through collaboration with the Brand Partnership Studio at Twitch, the interactive livestreaming service, gaming creators on Twitch will unlock another 10 codes with their viewers, during livestreams on their Twitch channels. As a part of the campaign, Coca-Cola will award prizes to consumers who find and enter the hidden codes on a Coca-Cola micro-site, in participating countries.  Winners have the chance to receive their share of one of the largest ever prize pools of Bits, a virtual good used to show support for Twitch streamers, as a part of the sweepstakes administered by Coca-Cola.

“Through the Real Magic platform, we ultimately want to engage people very differently through an ecosystem of unique and ownable experiences,” Arroyo said. “’One Coke Away From Each Other’ has been built for, and with, a community that demands something different than what they may have come to expect from Coca-Cola. In developing this campaign, we’ve partnered with the best creators, with gamers, with Twitch and with others to find our place in a reality unlike any we’ve known before. That’s tremendously exciting.”

Distributed by APO Group on behalf of Coca-Cola.

About The Coca-Cola Company:
The Coca-Cola Company (NYSE: KO) is a total beverage company with products sold in more than 200 countries and territories. Our company’s purpose is to refresh the world and make a difference. We sell multiple billion-dollar brands across several beverage categories worldwide. Our portfolio of sparkling soft drink brands includes Coca-Cola, Sprite and Fanta. Our hydration, sports, coffee and tea brands include Dasani, smartwater, vitaminwater, Topo Chico, Powerade, Costa, Georgia, Gold Peak, Honest and Ayataka. Our nutrition, juice, dairy and plant-based beverage brands include Minute Maid, Simply, innocent, Del Valle, fairlife and AdeS. We’re constantly transforming our portfolio, from reducing sugar in our drinks to bringing innovative new products to market. We seek to positively impact people’s lives, communities and the planet through water replenishment, packaging recycling, sustainable sourcing practices and carbon emissions reductions across our value chain. Together with our bottling partners, we employ more than 700,000 people, helping bring economic opportunity to local communities worldwide. Learn more at www.Coca-ColaCompany.com and follow us on Twitter, Instagram, Facebook and LinkedIn. 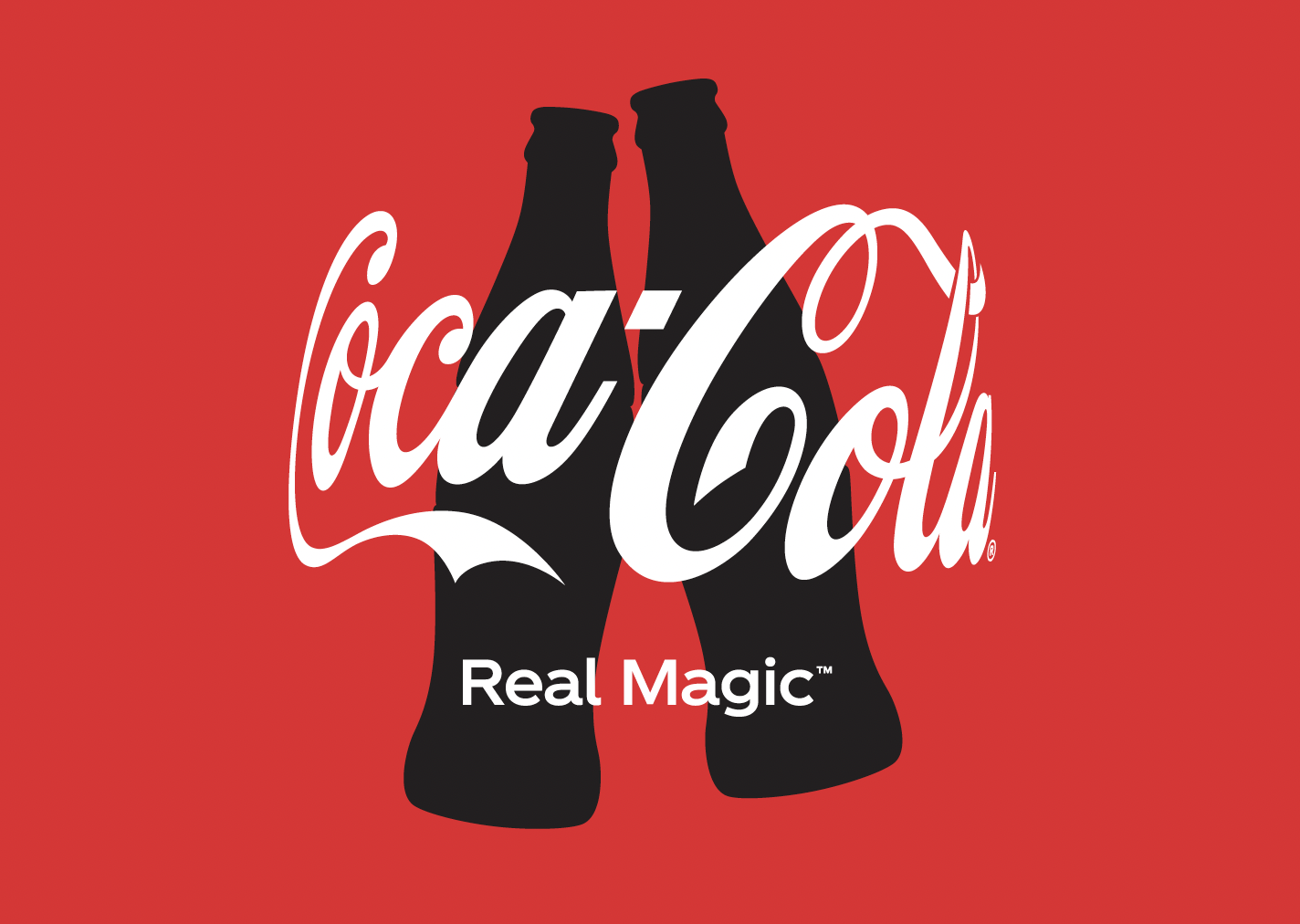 Nigeria
COVID-19: PSC issues revised international travel protocol into Nigeria
2 hours ago
The Presidential Steering Committee (PSC) on COVID-19 has issued a revised international travel protocol into Nigeria, stating that all travelers arriving Nigeria, either vaccinated or unvaccinated...
Nigeria
Buni reshuffles cabinet, creates new ministry
2 hours ago
Gov. Mai Mala Buni of Yobe has approved a minor cabinet reshuffle and announced the creation of a new Ministry of Wealth Creation, Empowerment and Employment Generation.
World
New skeleton find could reveal more about Vesuvius eruption
3 hours ago
A skeleton discovered in the ancient Roman city of Herculaneum, destroyed along with nearby Pompeii by Mount Vesuvius' eruption nearly 2,000 years ago, could offer fresh insights into the disaster
Outlook
2023 election: The Nigerian youth must wake up
3 hours ago
The present reality of politics in Nigeria indubitably portrays a system that is under siege by the actions, inactions and reactions of the ageing political drivers of this country in policymaking and implementation. The current crop of leaders during the economy of this country is a paradigmatic shift from what was obtainable in the post-colonial…
Sport
Tuchel urges Chelsea to ignore favourites tag against underdogs
4 hours ago
Thomas Tuchel has warned Chelsea not to expect an easy ride during a run of fixtures that could boost their Premier League title challenge.

APO Press Releases
Free Movement of People a Top Priority, Say West African Nations
5 hours ago
Free movement of people and goods, and fighting human trafficking should be top policy priorities, members of the Economic Community of West African States (ECOWAS) agreed at talks convened with the support of the International Organization for Migration (IOM), the UN Network for Migration and the African Union. Three days of consultations in Abuja this…
APO Press Releases
Hatch to showcase Canada-Africa solutions at Africa Accelerating 2021
5 hours ago
Download logoThe key event in the Canada-Africa Chamber of Business’s (www.CanadaAfrica.ca) calendar in the coming months will be an online-and-live international information exchange forum from October 26-28, focused on Canada’s vital role as a committed partner in Africa's economic restart after COVID-19. Hatch, a long-standing top supporter throughout the organization’s 27-year-history, is once again joining…

APO Press Releases
Coronavirus: Peace Corps Helps Launch Vaccination Campaign in Commune of Mantasoa
5 hours ago
With the support of the U.S. Peace Corps, the Mantasoa CSB II launched its COVID-19 vaccination campaign yesterday.  The campaign is providing free, Johnson&Johnson vaccines – a donation from the U.S. government – to approximately 4,000 community members in the 11 Fokontany of Mantasoa. “It’s great that we can provide vaccinations to the people of…

APO Press Releases
Food ration cuts loom for crisis-hit people in north-eastern Nigeria as severe hunger reaches 5-year high
5 hours ago
The United Nations World Food Programme (WFP) warns that it may soon be forced to cut food rations to more than half a million women, men and children in north-eastern Nigeria unless urgent funding is secured to continue life-saving operations in crisis-ridden Borno, Yobe and Adamawa states. The cuts would come just as severe hunger…

APO Press Releases
Douglas Ryder: Team Update
5 hours ago
Today we are not in a position to submit our initial application for our UCI WorldTour licence for next year to the sport’s governing body. We are actively engaged with potential partners, and our current partners, as we work to secure our future for 2022. Since inception our team has provided hope and opportunity to…

APO Press Releases
Senegal Gears up to Become a Major Gas Producing Country in MSGBC Region (By Miguel Artacho)
5 hours ago
By Miguel Artacho, Field Editor A number of world-class oil and gas discoveries took place in Senegal between 2014 and 2017. Oil and gas reserves worth more than 1 billion barrels of oil and in excess of 40,000 billion cubic feet of gas have been unlocked in Senegal. The country is now preparing to ensure that…